What is the Sage the Quick Touch?

The Quick Touch is a microwave from Sage, purveyors of kitchen appliances for foodies. It’s expensive for a microwave that’s not a combi oven and/or grill. But it does boast excellent controls and programs, plus some cool features especially for keen cooks.

Its selling points are intelligent sensor programs that figure out cooking times for you and unique foodie settings such as buttons for softening butter and melting chocolate, as well as real-world settings for reheating baked beans and cooking microwave popcorn. 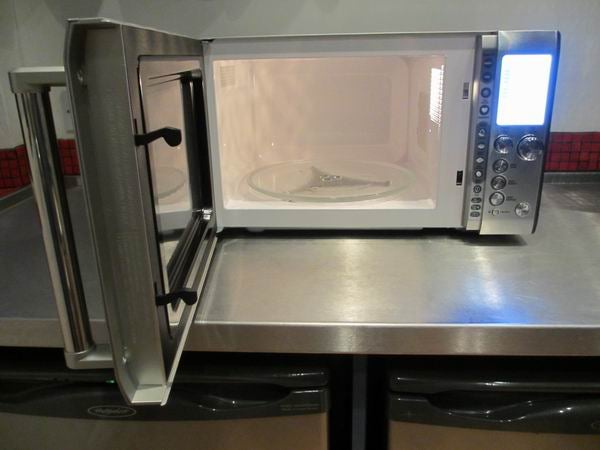 The Sage is an unusual microwave. It’s fairly pricey considering it doesn’t include an oven and/or grill. And it looks good in all-silver, but it’s not the poshest looking microwave in town. Instead it differentiates itself with unusual controls designed for keen cooks.

Alongside the usual cook or defrost by time and weight it offers intelligent sensor cooking programs similar to those seen on high-end microwaves such as the Panasonic NN-CS894S and Panasonic NN-CF853W. You press the relevant smart button, depending on whether you want to cook or reheat, and then select from the on-screen menu of popular foods. The power level is set automatically and then it measures humidity released from the food and uses this to judge how long to cook it for.

Alternatively, if you open the door, you’ll find a very unusual feature: an extra row of buttons that were hidden from sight. These are your route to popular features including softening butter and melting chocolate for the foodies, heating baked beans and popcorn for the not-so foodies.

Other nice touches include the heart button for saving your favourite program and the “A bit more” button – one of the features you’ll find yourself using most. 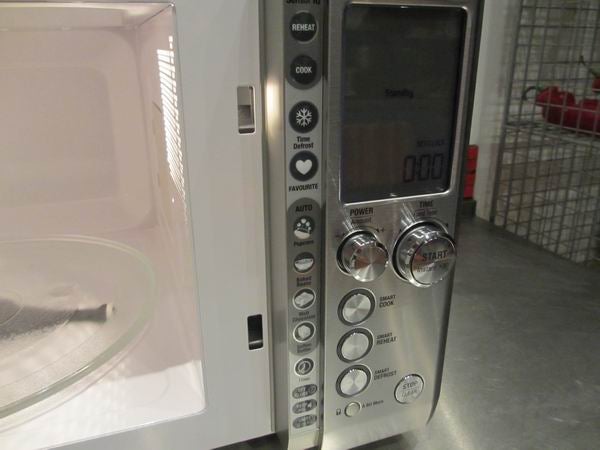 Sage the Quick Touch – What’s it like to use?

From the professional-looking, stainless steel styling to the booklet by Heston Blumenthal, Sage is keen to impress you with its foodie credentials. The booklet is genuinely interesting and edifying, with a couple of recipes from Heston plus his “here comes the science bit, concentrate” bit about how microwaves work and how to cook with chocolate.

Straightforward cooking and defrosting can be done by time or weight, and you can select grams or ounces.

We started out by defrosting a pitta bread. The smart defrost program only works with particular types of food, so instead we did a timer defrost. It took just over a minute and was visibly ready as it was starting to inflate. The pitta bread came out warm but not cooked and it was impressively not soggy, compared with other microwaves. It tasted surprisingly fresh.

Reheating programs are pleasantly real world and designed for real-world quantities. For example the beverage mode lets you reheat one or two cuppas, leftovers reheats one or two plates. The display offers helpful advice depending on the foodstuff, like “don’t cover” or “cover but don’t seal”. 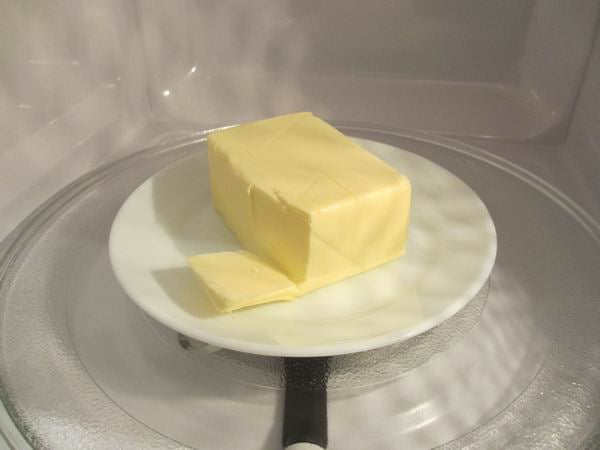 Meanwhile foodies will love the chocolate-melting and butter-softening programs. We tested the butter program on a 250g block fresh from the fridge (1:10 minutes) and found it left the butter softer and ready for the table but in no way melted. The chocolate program was slightly annoying quantity wise as it melts 50, 75, 100, 125, 150, 175, 200 or 250g. What if your recipe calls for 90g? It’s a shame that a clever microwave like this can’t do the maths if you specify a precise quantity.

We also tested the Sage’s Sensor IQ cooking for a very large (880g) jacket potato. This automatically senses how long to cook food for. It started cooking for 5 minutes before revealing on the display that it planned to cook for 5 more minutes. At this point we popped open the door to turn the potato over, closed the door and instinctively pressed the button at the bottom-right to continue cooking. Frustratingly though, that’s where the Sage has its pause/cancel button. The start button is much higher up. 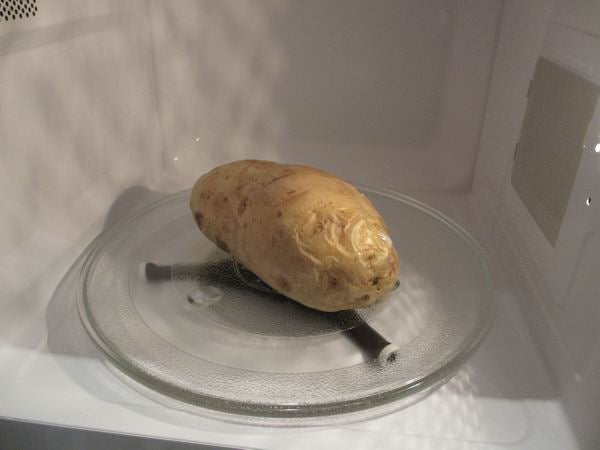 Having the start button on the bottom-right and the cancel button slightly to the left is much more common, so this was very annoying as we then had to stick it on again. The part-cooked potato was too confusing for Sensor IQ so in the end we stuck it on for 5 minutes of microwaving at full power and it was nearly done.

At that stage the Sage’s “a bit more” button was perfect. This zapped it for another 36 seconds. We did this a couple of times and the potato was cooked to perfection. It’s a clever way to ensure you don’t overcook food as it’s tempting when something’s not quite cooked to repeat the same program – which is usually overkill. 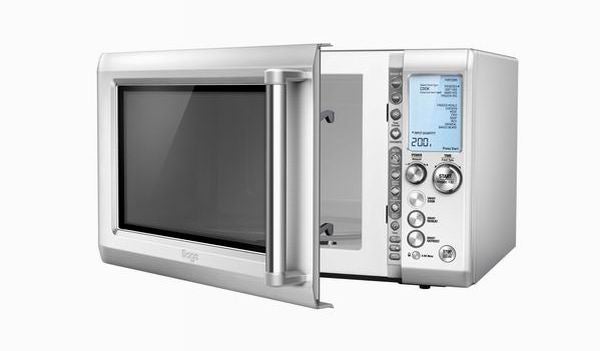 Should I buy the Sage the Quick Touch?

Yes, if you’re looking for a standalone microwave with no oven or grill. The controls are excellent and go to show that, as is often the case with technology, it’s not what you do it’s the way that you do it. This doesn’t physically cook with microwaves in a different way, it simply has controls that are designed to reflect the way that real people in real kitchens want to use it.

If you do want a combi microwave oven then look at the Panasonic NN-CF853W or Panasonic NN-CS894S. And if you’re on a tight budget then the Swan Vintage SM22030 is a good, and good-looking, standalone microwave.

The Sage may seem pricey for a microwave with no combi cooking, but what you get is clever controls good for foodies and fast foodies alike.