What is the Sage Bakery Boss?

There are two types of baker in this world – the type who improvise, estimate and rely on past experience, and those for whom baking is an exact science. This is a stand mixer for the latter kind, coming complete with a digital display, an in-bowl light and a scraper beater that cuts mixing time by up to 60%.

Its build quality separates it from run-of-the-mill mixers, with entirely metal gears with more teeth so it won’t strain under heavy loads, and a longer run time than its predecessor, the Scraper Mixer Pro.

Finally, if you’re not seduced by its power and speed, you will be by the range of luscious high-gloss paint finishes available – Silver, Royal Champagne, Blueberry Granita, Burnt Caramel and Salted Liquorice. 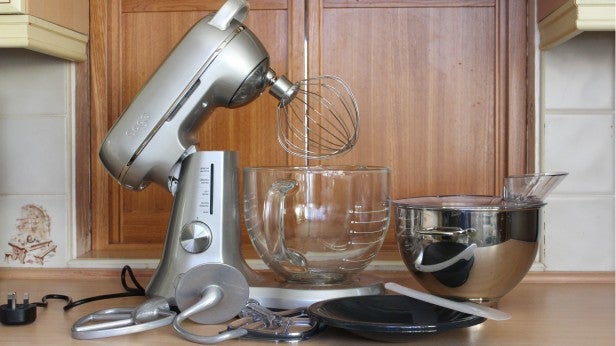 While the basic shape doesn’t differ dramatically from that of most stand mixers, the Bakery Boss has some crucial design differences. There’s a handle on the motor head and indents on the base that make moving it around easier, paired with a retractable power cord for storage. It has a labelled indicator band that lights up to show at a glance what function the mixer’s performing, from kneading to aerating – meaning you’re less likely to select a setting that’s too fast.

Speed is controlled by dial that rotates from ‘off’ through a pause setting and 12 speeds and has a useful LCD timer below it. This counts up automatically so that you can see how long you’ve been mixing, or can be set to count down so you can mix for a specific amount of time.

Two bowls – one glass and one stainless steel – make it ideal for batch baking, while four tools cover every need from beating, whipping and kneading to thorough creaming courtesy of a flexible-edged scraper beater. A bowl lid, splashguard, spatula and pages of tips complete the keen baker’s package. 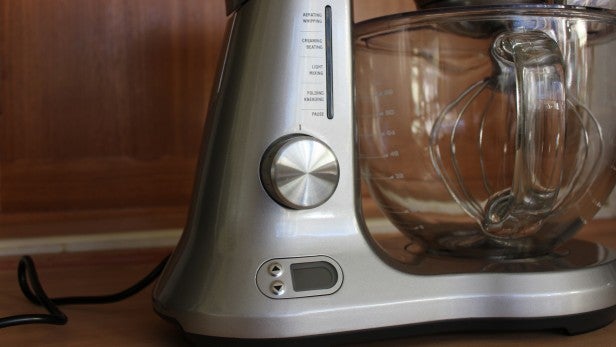 The build quality of the Bakery Boss is especially noticeable – everything from the bowls to the tools has a solid feel and even raising and lowering the mixer’s head is a smooth operation. It’s weighty at 7.5kg, but this helps it to stay firmly on the worktop. Each tool fits with the usual push-and-twist motion. The splashguard is trickier, as it fits over the top of the bowl once the mixer head has been lowered part of the way.

I started by using the scraper beater to cream together sugar and butter for a sponge-cake batter. Turning it to a low speed at first to initially combine, then a higher speed to cream the mixture, the scraper beater was both quick and efficient. In less than a minute, it had blended the butter and sugar into an even paste. Some of the mixture had migrated towards the top of the bowl, but most had been scraped towards the centre. 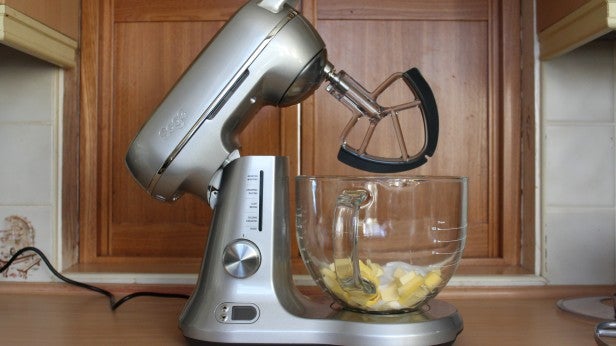 Most whisk attachments aren’t recommended for cake batters, but as the Bakery Boss can whip light batters, I was able to switch the scraper for the whisk at this point to aerate the mixture. Adding flour and eggs to the bowl, I slowly turned the speed up to maximum. The splashguard prevented most of the flour puff, but as it had an opening, some flour escaped onto the worktop. After a couple of minutes of mixing, the batter was consistently combined and visibly fluffy. There was no need to scrape down the bowl, as only a small amount of flour had covered the sides. The sponge rose exceptionally well and had a crisp, almost meringue-like, browned top. 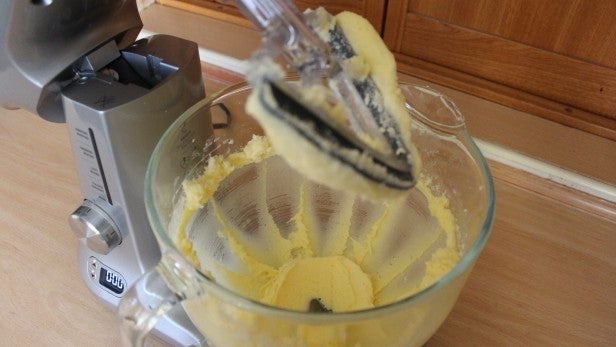 Next, I paired the stainless-steel bowl with the dough hook to make bread. Placing all the ingredients in the bowl, I mixed on the lowest speed setting to combine them. Once the dough had come together, I was able to raise the speed slightly to knead. The mixer’s timer came in especially handy – knowing that the dough required 10 minutes of kneading, I was able to set the countdown and let the mixer run without watching the clock. Once or twice the dough attempted to escape the bowl, so it still needed to be checked on, but otherwise this was a labour-free way of making bread. The dough both proved and baked well, retaining plenty of air to produce a light loaf. 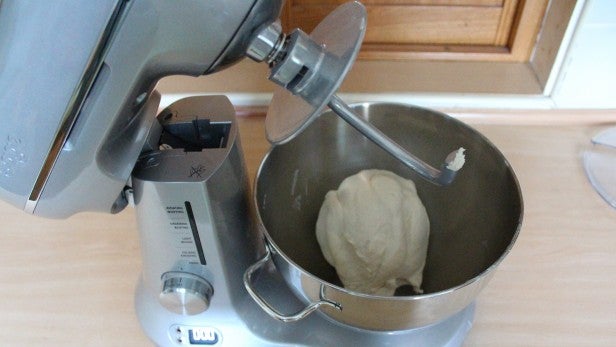 I finished by making biscuits with the flat beater. Once I’d initially combined the dry ingredients with butter, I added syrup and an egg and used it on a low speed before raising it to the folding setting. While some machines struggle with heavy mixtures, the Bakery Boss functioned the same way it had with light batters – there was no struggling or straining and after a few minutes, the ingredients had begun to clump together into a solid dough. The dough was well mixed, malleable and had no stickiness or streaks. The biscuits rose perfectly and were crisp.

While the scraper beater, beater, steel bowl and dough hook are dishwasher-safe, the glass bowl and whisk had to be washed by hand, so clean-up wasn’t as straightforward as I would’ve liked. 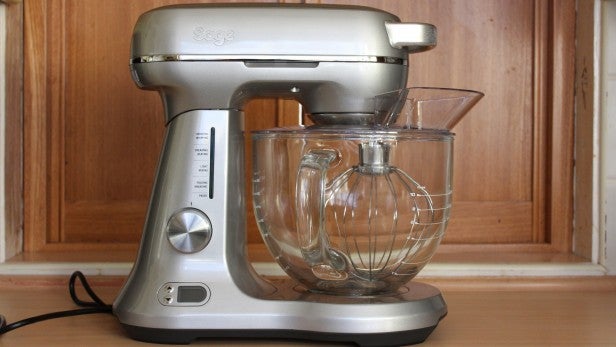 Should I buy the Sage Bakery Boss?

If you feel that your pastry lacks precision or you struggle to recreate cakes, this is the mixer for you. It’s packed with features to make your baking better and brighter. Not only is its build quality comparable to other high-end brands while being slightly more affordable, its powerful motor happily beats stubborn cookie dough into submission.

Where it could do better is if it had the ability to use hub attachments and if there was the option to shove everything into the dishwasher after a day of baking. As it is, the Smeg SMF01 is probably still our favourite traditional stand mixer.

Opt out of sunken soufflés and lingering lumps with this perfectly polished precision mixer.