Looking to take on models such as the Withings and Mondaine, Runtastic’s Moment combines a smart-looking timepiece and an able activity tracker into a package that’s more affordable than the competition.

On first glance you’d be forgiven for thinking the Runtastic Moment was a regular wristwatch. It has a typical analogue face and strap, with no LCD screen in sight. But tucked under the body is a collection of sensors for keeping track of your daily activity and beaming the results back to the companion iOS and Android app for further perusal.

Runtastic, a company owned by Adidas, has wheeled out multiple varieties of the Moment. Each has the same feature set, but you can pay slightly more for higher-end straps and finishes. The Classic, the version reviewed here, comes with a leather strap and metal bezel, while the Fun and Basic version are colourful designs made of plastic. 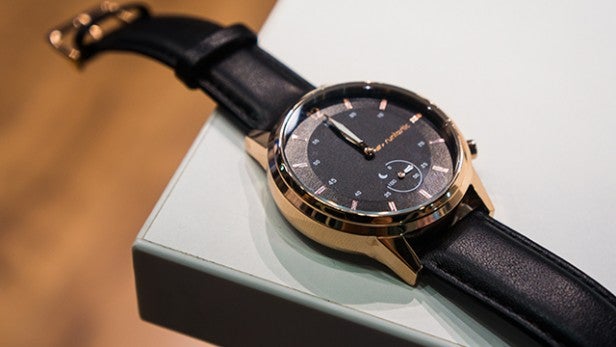 The Moment Classic feels and looks good. Although I’m not a fan of the gold bezel – it’s a little blingy for my taste – the leather strap is of good quality and the whole watch appears to be put together well. It certainly doesn’t have the premium Swiss-made feel of the Withings Activité – but at a fraction of the price, I’m not complaining.

The Runtastic lacks the weighty feel you’d normally associate with a quality watch, which jarrs a little with the Moment’s looks. I could compare the feel to that of a cheap knock-off, but that would be a little harsh.

It’s on the watch face that the difference between this and a regular watch becomes apparent. It features a small activity dial that sits below the watch’s hands, providing a read-out of your activity for the day. You can set the goal in the companion app, and the dial will change accordingly. 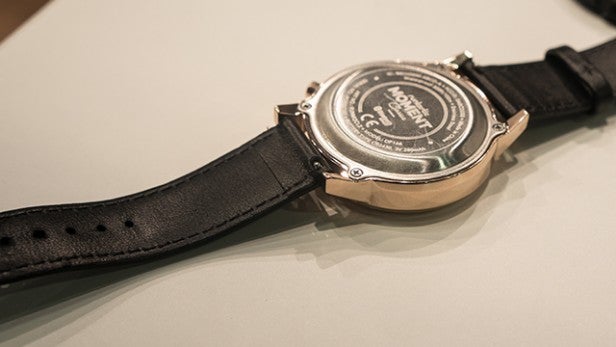 Aside from keeping an eye on your steps, the Moment features a vibration motor that allows the watch to be used as a silent alarm. Such a function appears on fitness bands such as the Jawbone Up, and it find it a good, if somewhat unreliable way of waking myself up in the morning.

Obviously I haven’t yet been able to put the fitness features through their paces, so it’s impossible to work out how reliable and accurate it is. However, if past performance is anything to go by then the brand’s previous activity tracker, the Orbit, demonstrated good accuracy – so I’d assume the same will be true here.

As with an increasing number of fitness bands – such as Misfit’s Shine, for example – the battery is a typical watch cell. This means it doesn’t require a charge, and will last for six months. When it runs out, just swap out the battery for a new one. 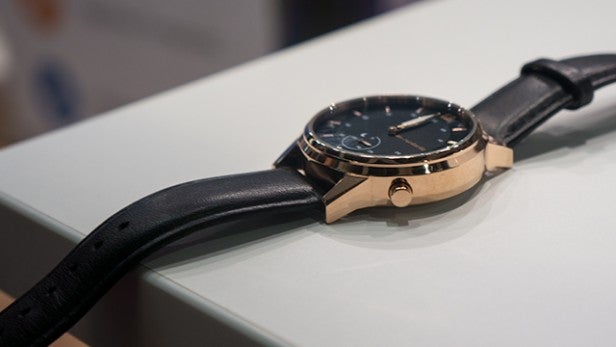 The Runtastic Moment is waterproof down to 300m, so you can keep it on in the shower and use it to track your swims too – another nice touch. We’re not aware of any dedicated swimming features being added at a later date, but it would certainly make sense.

The Runtastic Moment is a simple device. It tells the time, looks good and boasts basic activity tracking. It certainly isn’t for runners or those wanting more in-depth and varied data – but if you just want a step tracker then this could be a great choice.