With its excellent navigation and pick-up, the Roborock S5 is a great lower-cost robot vacuum cleaner and it can even handle an occasional mop

What is the Roborock S5?

There’s no shortage of cheap robot vacuum cleaners on Amazon, most of them from Chinese manufacturers you’ve probably never heard of. Before you dismiss the Roborock S5 as just another such model, note that Xiaomi, which is better known for smartphones, invested in the company.

A quality finish, excellent dirt pick-up, brilliant navigation and optional mopping sets this model apart from its budget competition. However, there are a few things holding it from top marks, including the lack of a carpet sensor and a very basic Amazon Alexa skill.

You wouldn’t guess that the Roborock S5 was relatively cheap by looking at it. Decked out in its glossy-white plastic finish, the S5 looks far more expensive than its base price suggests.

As with most robot vacuum cleaners I’ve tested, the Roborock S5 is wide yet short (350 x 253 x 97mm). The advantage of such dimensions is that the vacuum will happily fit under many bits of furniture, but it can be a bit too wide to fit through all gaps, such as those of dining chair legs.

On the underside of the robot, you can see the rotating brush bar, made up of bristles and rubber. The combination is designed to agitate dirt from any surface, making it easier for the S5 to suck up. 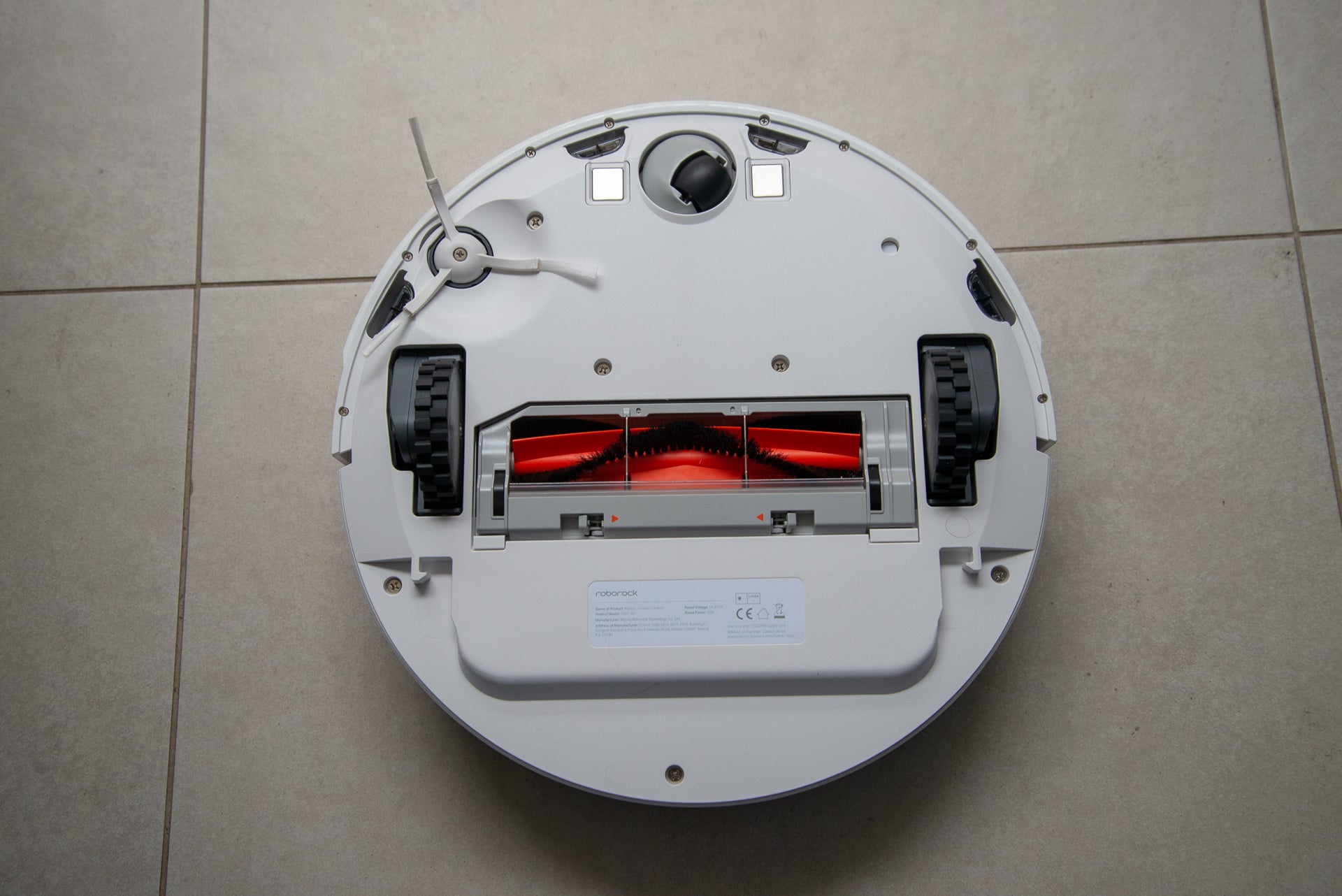 There’s also a single edge brush, designed to sweep dust from the sides of your room into the main vacuum path. Brushes need replacing every three to six months, and you can buy a pack that contains the brush bar, side brush and filter for around £18. 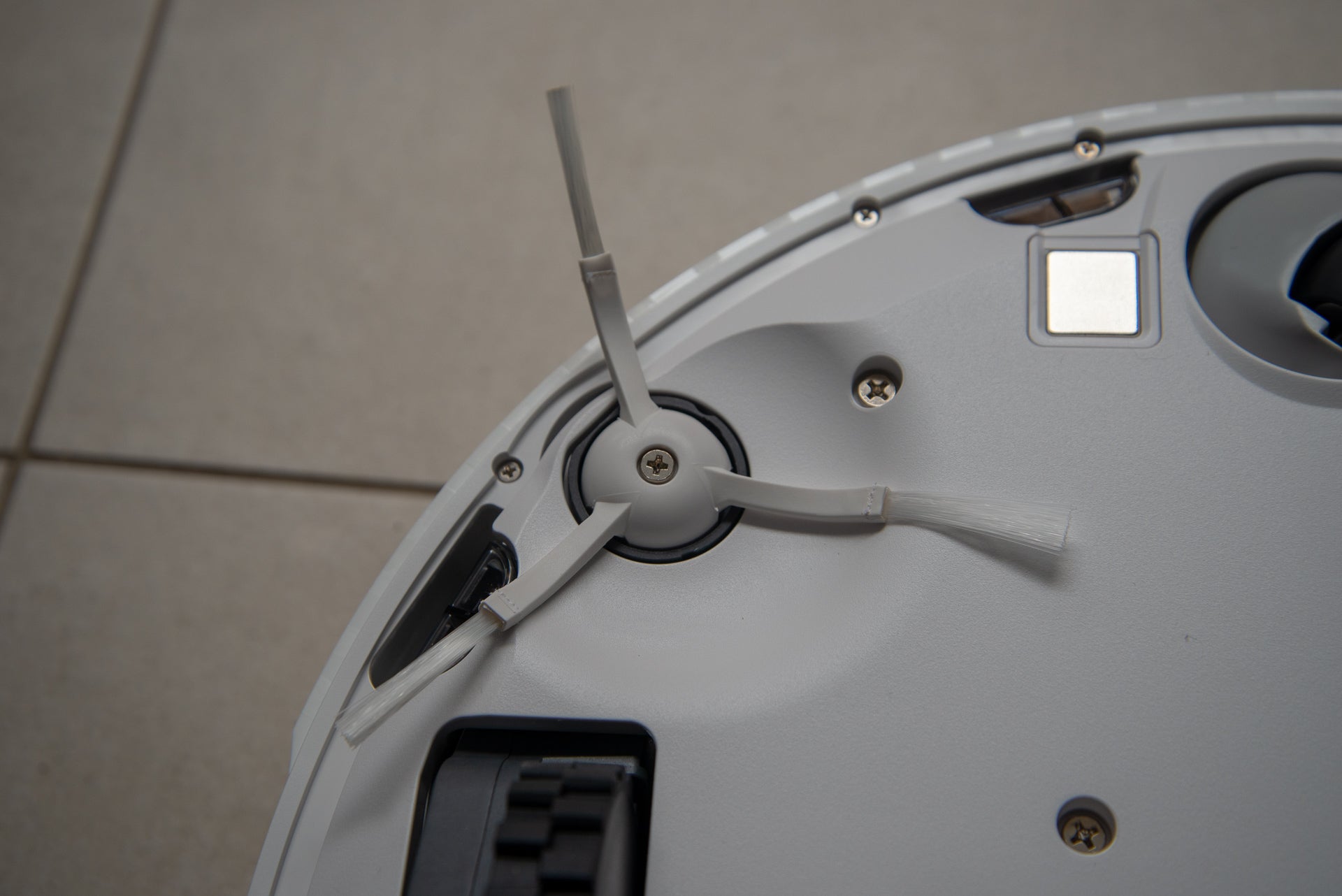 Flip open the top of the S5 to reveal the bin and a handy razor tool, which you can use to cut away any hair that becomes caught in the system. On top is the laser navigation, which enables the robot to find its way around even in the complete dark. 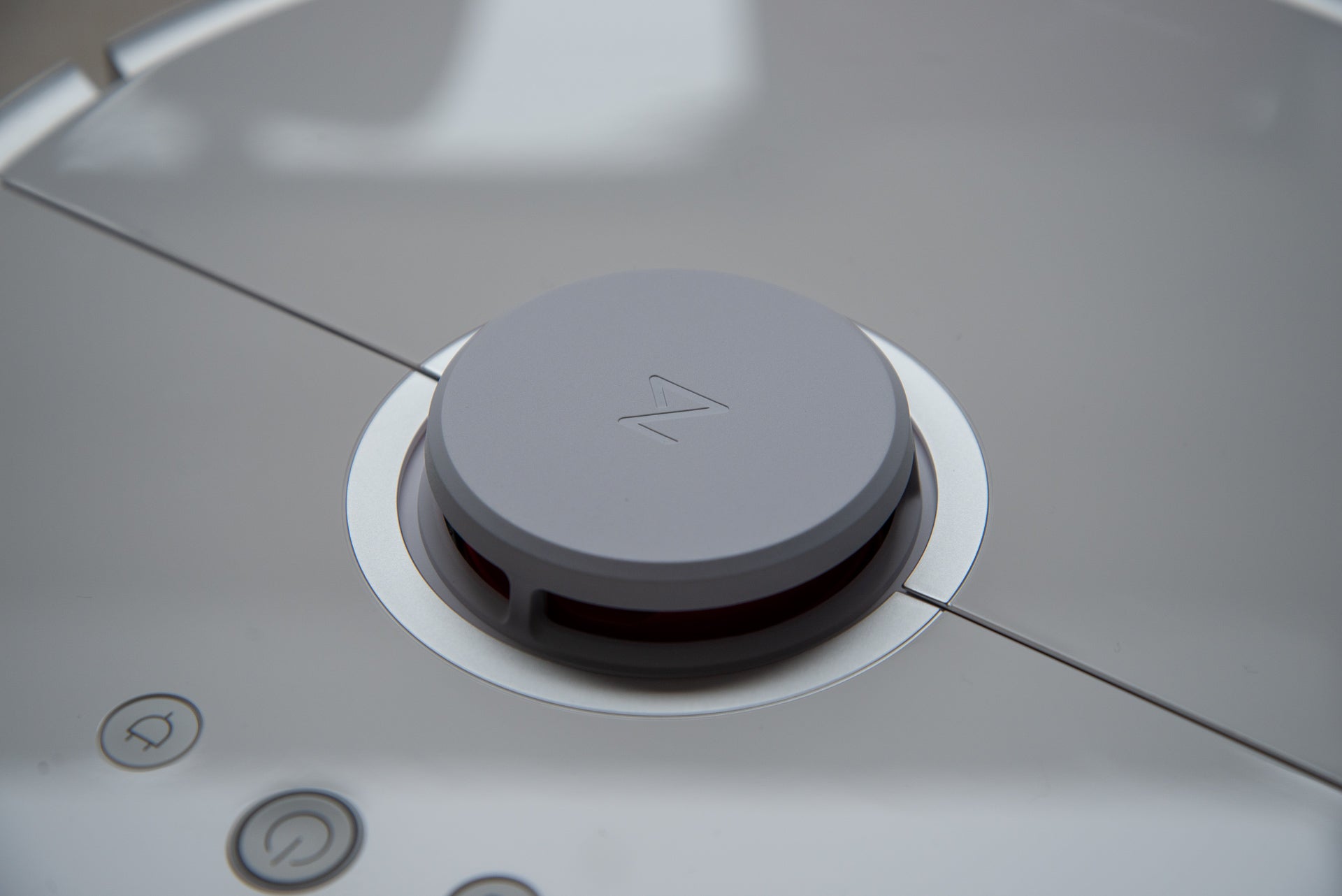 You can start a clean by tapping the button on the front of the cleaner, with controls for a regular clean and a spot clean. The latter is handy if you want to clean a specific spill.

It’s through the Xiaomi Mi app (Roborock doesn’t have its own, yet) that you get to unlock the full potential of the robot vacuum cleaner. It’s fairly straightforward to hook up the robot to your Wi-Fi using the app.

When you first look at the app, the front screen is rather bare and just blue. Once the robot has made one cleaning sweep, it populates the homescreen with a map of your home. It’s a little messy compared to the maps used by Neato on products such as the Botvac D6 Connected, but you can still get a good idea of where your robot has cleaned. More importantly, once you’ve got a map, you can send the robot to a specific area and even start a spot clean in one area, choosing how many passes the robot should make. There are programmable no-go areas, too, so you can block off a room. These are features usually found on much more expensive robot cleaners.

There are multiple cleaning modes from which you can choose, with the choice of Quiet, Balanced, Turbo and MAX. Plus, there’s a Carpet mode for maximum suction. That’s a lot of choice and, realistically, sticking with Balanced gives a good compromise between cleaning performance and sound. 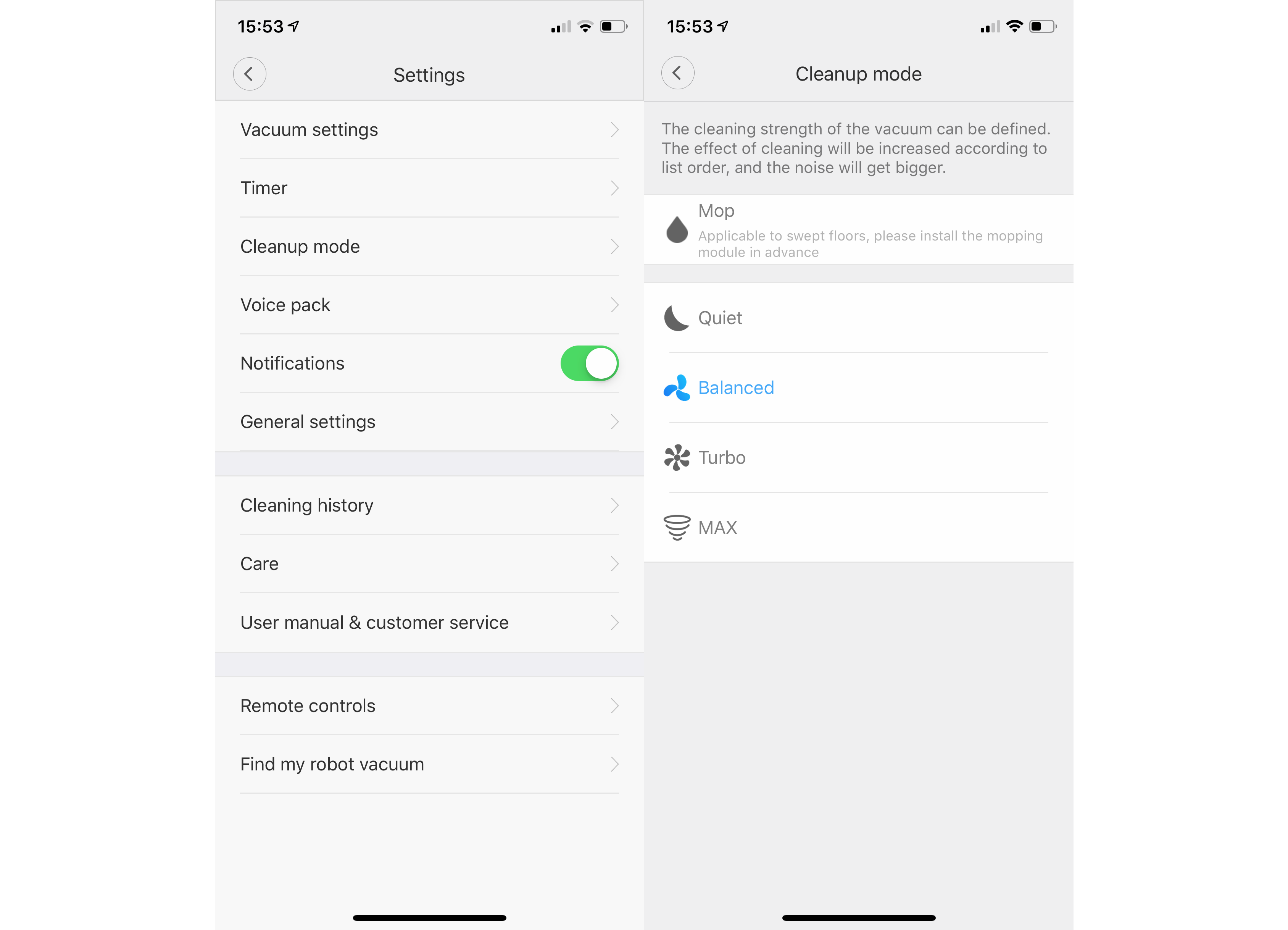 If you want to tackle hard floors, there’s an optional mop attachment. It’s quite fiddly to use. First, Roborock recommends that you dampen the microfibre cloth. Next, you have to fill the water reservoir and slide it into the vacuum. Finally, you can start a mop – but you don’t have control over the amount of water used, since this is a pure gravity-fed system with water dripping through. 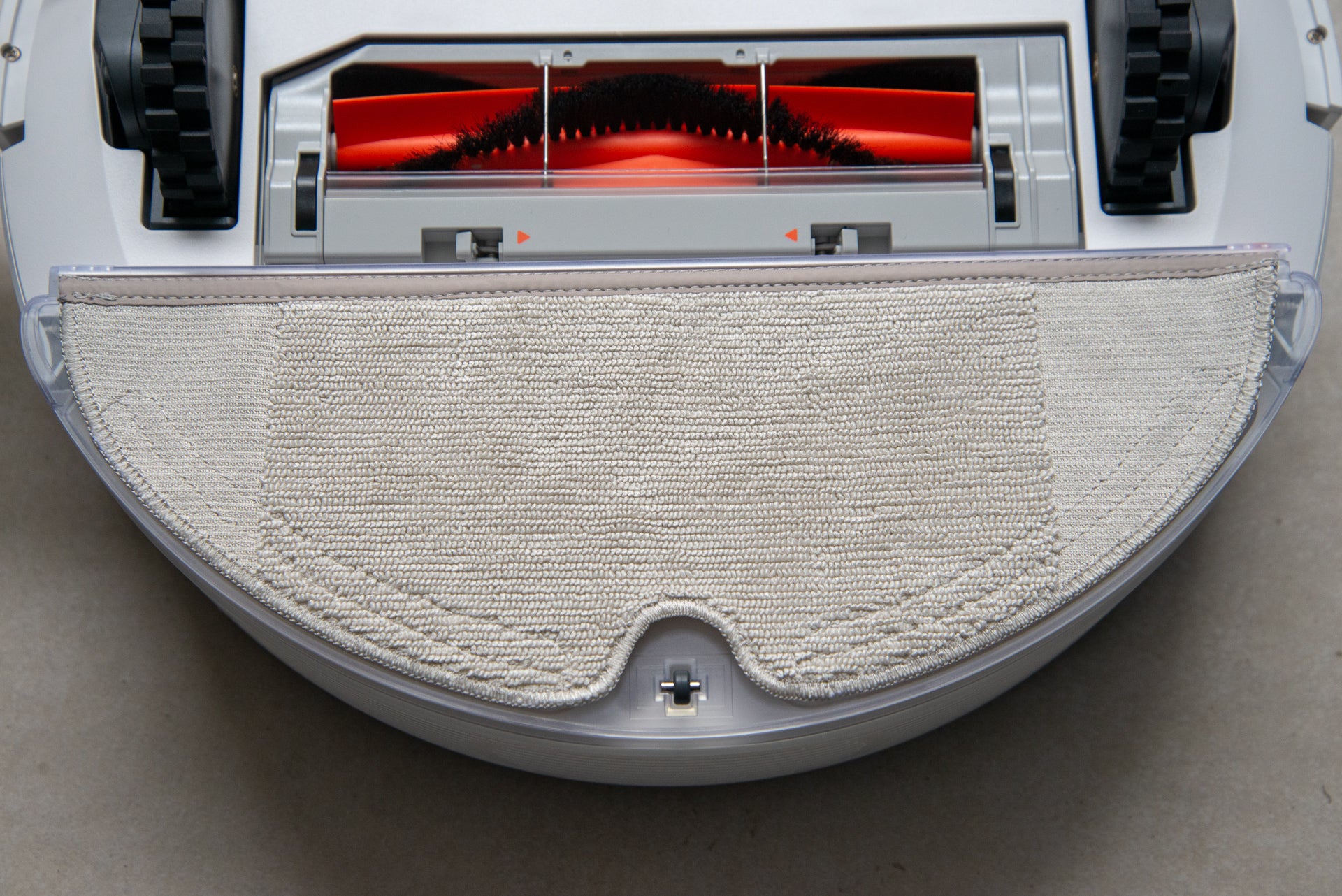 Once finished mopping, the Roborock S5 makes its way back to the charging dock and parks itself on the plastic floor-stand to prevent water dripping through and ruining your floor. Roborock recommends removing the mop when not in use, making it a bit more involved.

There’s also no carpet-detection mode for mopping, where the S5 will avoid going on to rugs or carpets. Instead, you have to manually shut doors to rooms that you don’t want mopped.

Battery life is up to 150 minutes, with the robot returning to its dock once it’s done. With its saved map, the S5 will take the best path it can around a room, returning to the dock once it has cleaned efficiently. The dock comes with a European plug, so you’ll need a UK plug with a two-pin connector.

Amazon Alexa support is available through the Xioami skill, but it’s a little odd with the Roborock S5 appearing as a switch. To start a clean, you have to say, “Alexa, turn on <name of your robot>”. You can stop a clean, too, although the robot just stops where it is. Other robots have commands to send the vacuum back to their charging stand.

Be careful what you call your robot, too. When I said, “Alexa turn on Roborock S5”, she tried to play rock music from Spotify. Changing to an easier-to-say name fixed this. There’s no Google Assistant support at the moment.

Roborock S5 – How well does it mop?

Without the ability to set how much water the mop uses, you’re rather at the mercy of the automatic drip-freed and how well you’ve soaked the microfibre cloth.

Running the vacuum cleaner over my light kitchen floor, which sees a lot of dirt tramped through by three cats, the results were mixed at best. Deeper stains weren’t really touched, while lighter ones saw some pick-up (see below for before and after shots). For lightly soiled floors, the Roborock S5 could be useful, but I didn’t find it as good as the Deebot Ozmo 930, which lets you configure the level of water to use for cleaning. 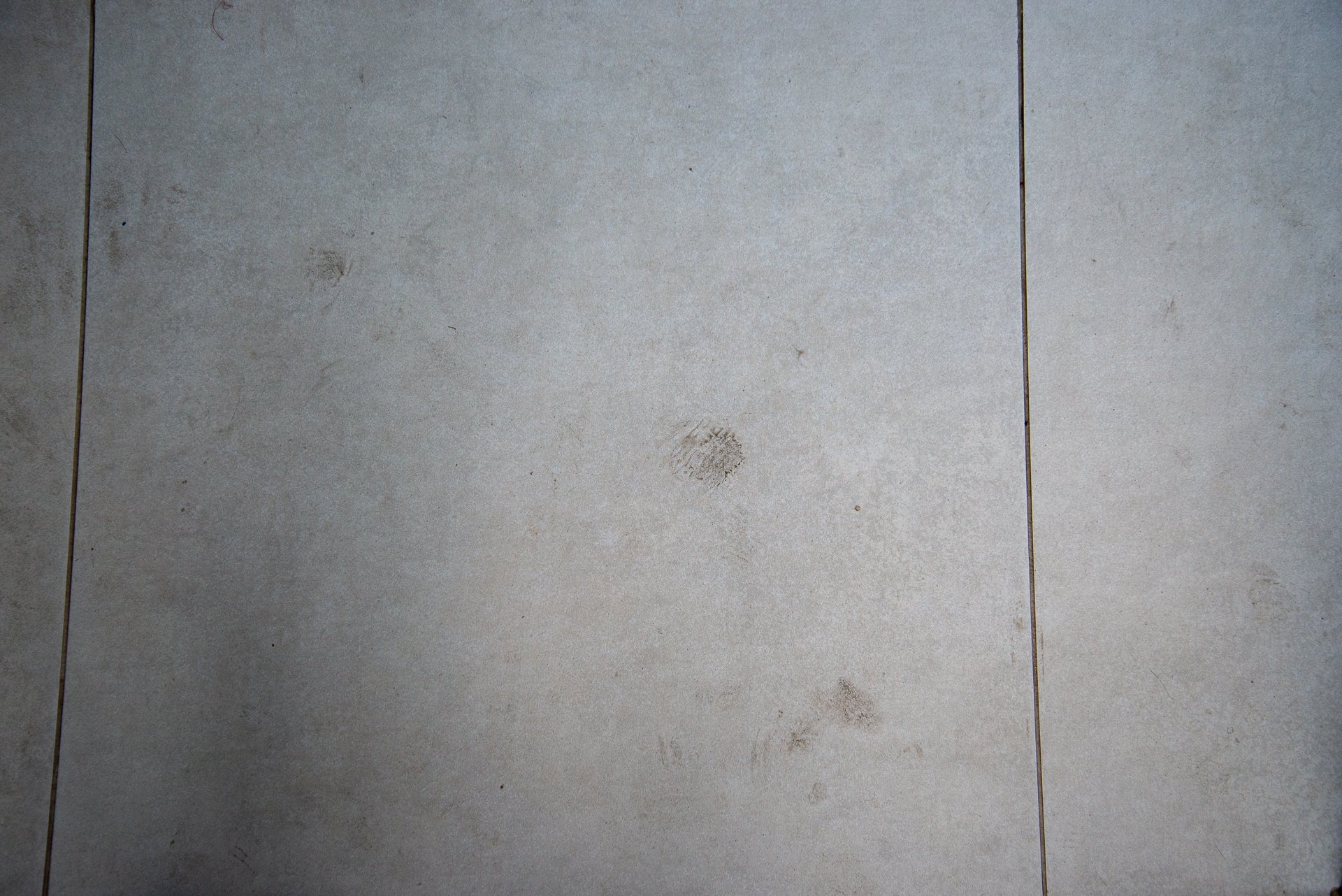 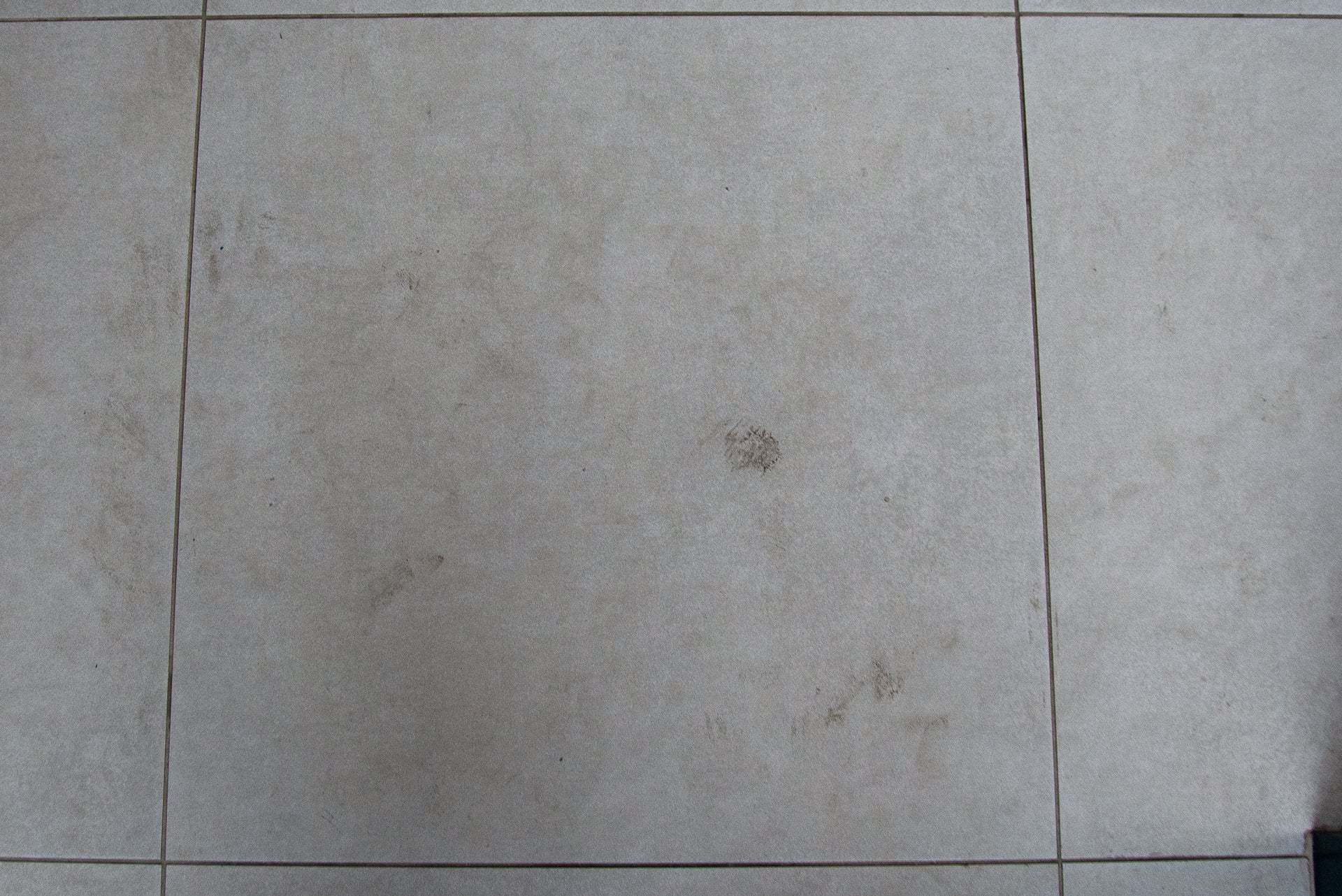 Roborock S5 – How well does it clean carpets and hard floors?

While the Roborock S5 might not be the best automatic mop I’ve tested, it’s certainly a very good vacuum cleaner. I used a combination of carpet freshening powder and flour, spreading it in “X” patterns in the middle of the floor, by the edge of the room and on the carpet.

The spillage in the middle of the room was picked up almost perfectly, with only a trace amount of dirt left behind. I’ve seen more expensive vacuum cleaners struggle with this test. 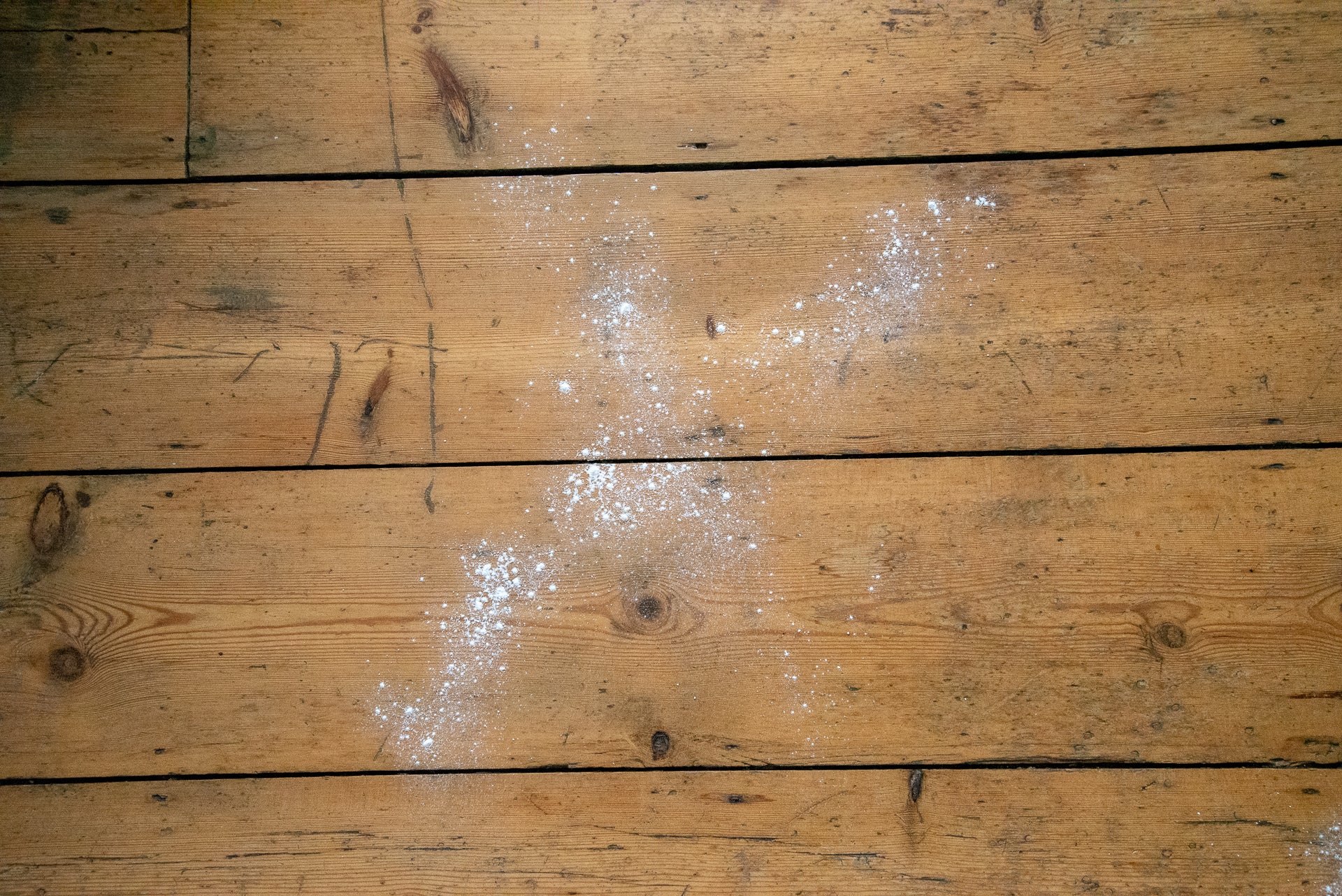 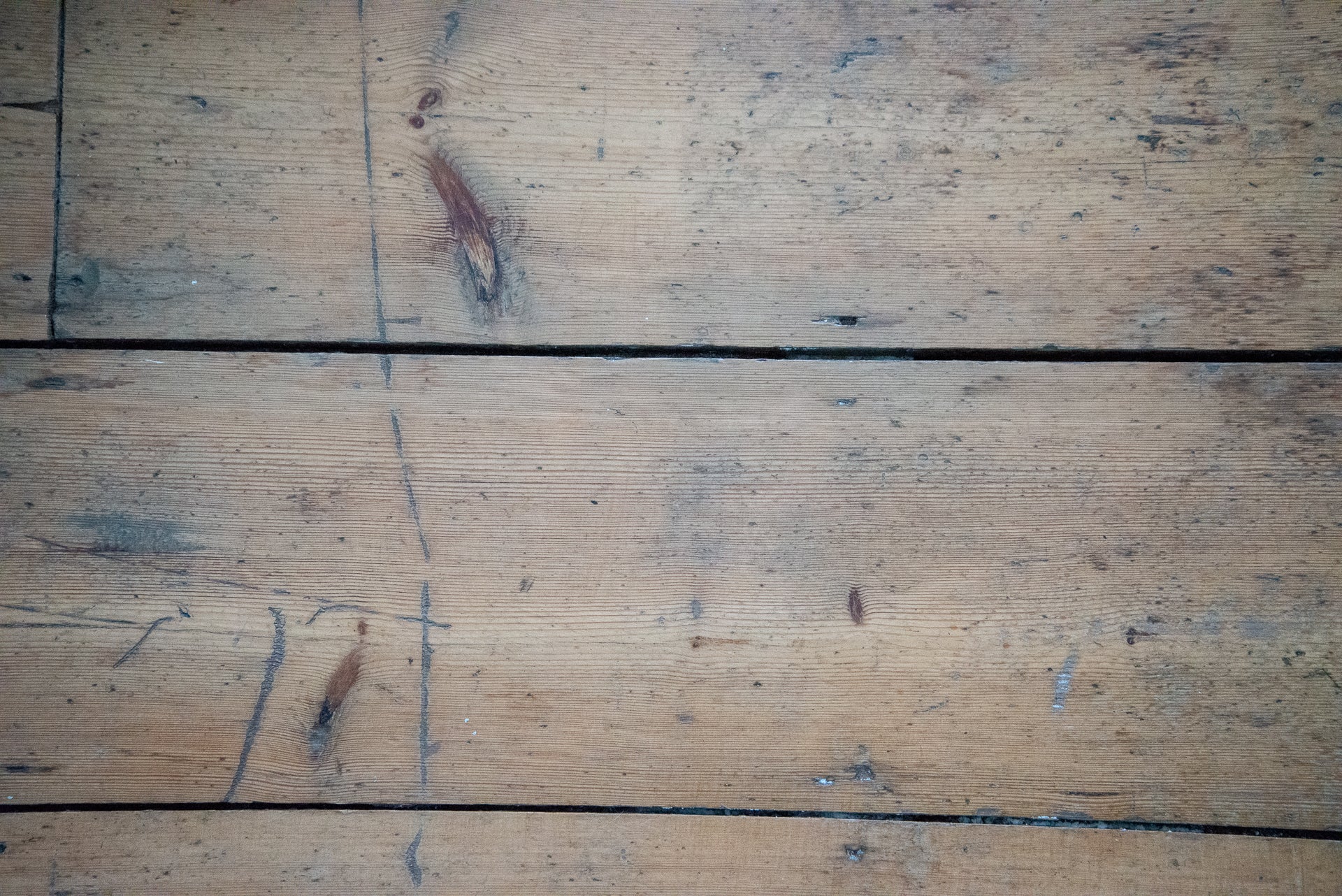 At the side of the room, there was more dirt left behind, as is typical for robot vacuum cleaners. However, the result was impressive and shows how good the navigation on the Roborock S5 is to get so close to the edge. 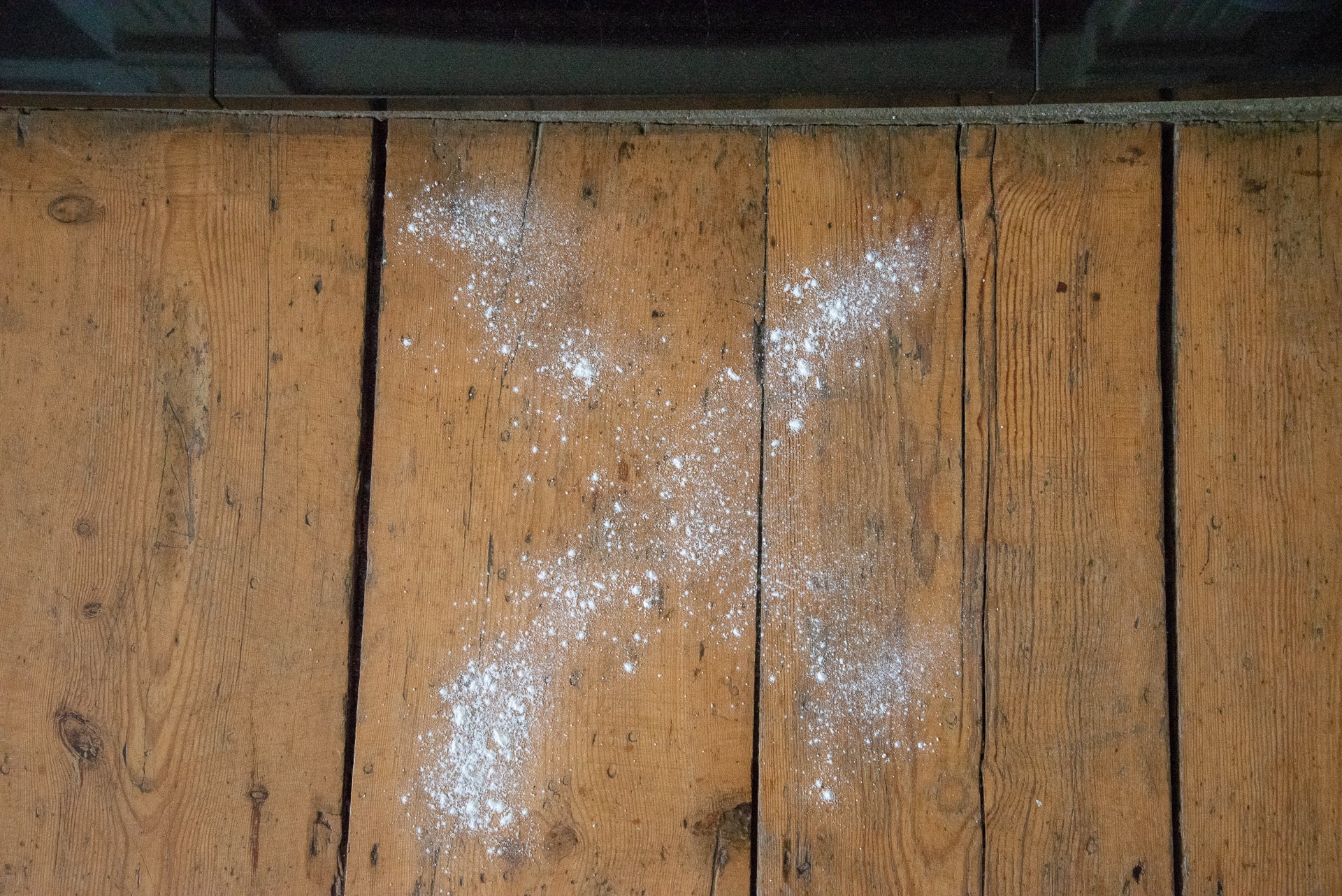 On carpet, you can just about see the outline of where the dirt sat. Some more expensive cleaners have done a better job at this test, but not by a lot. 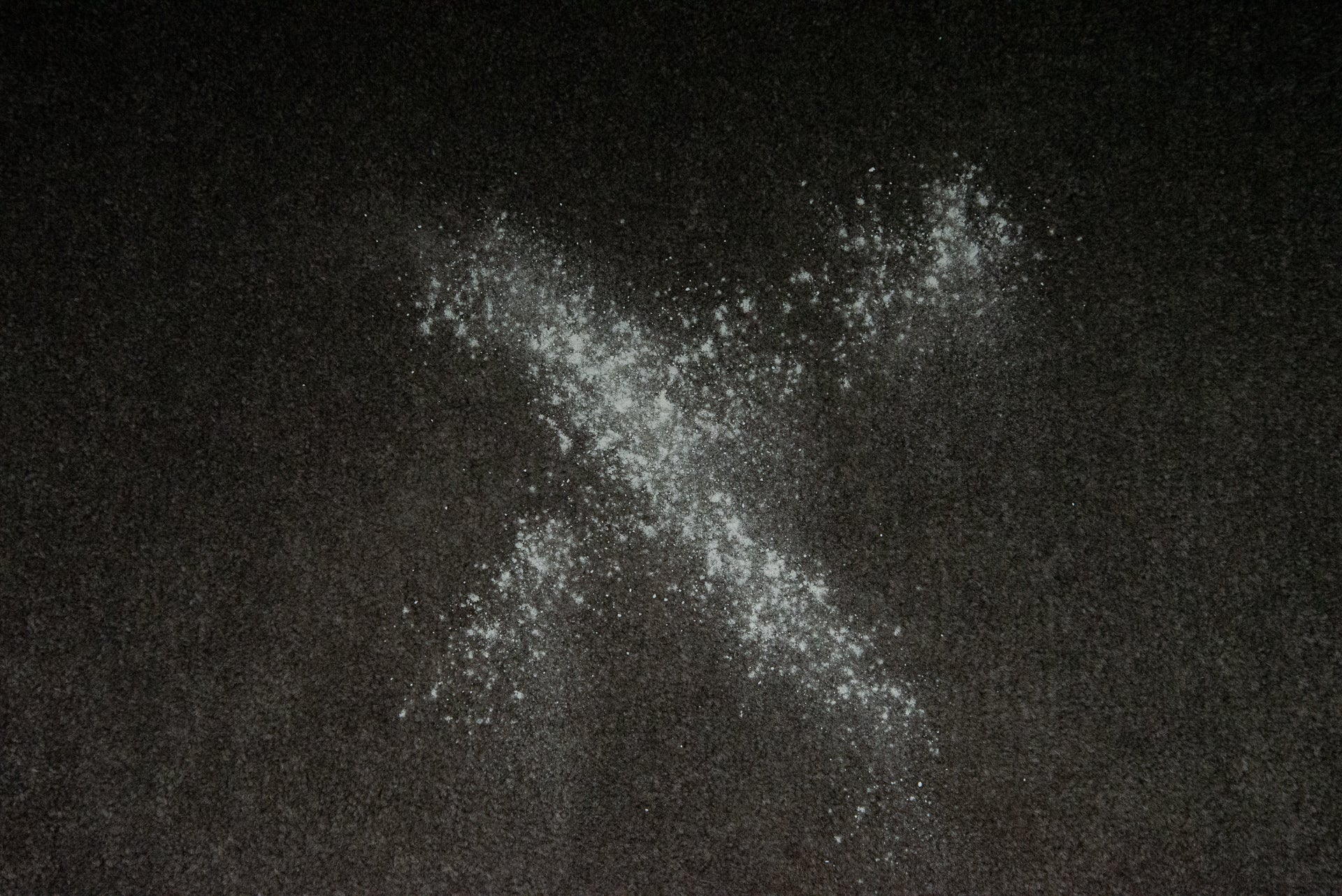 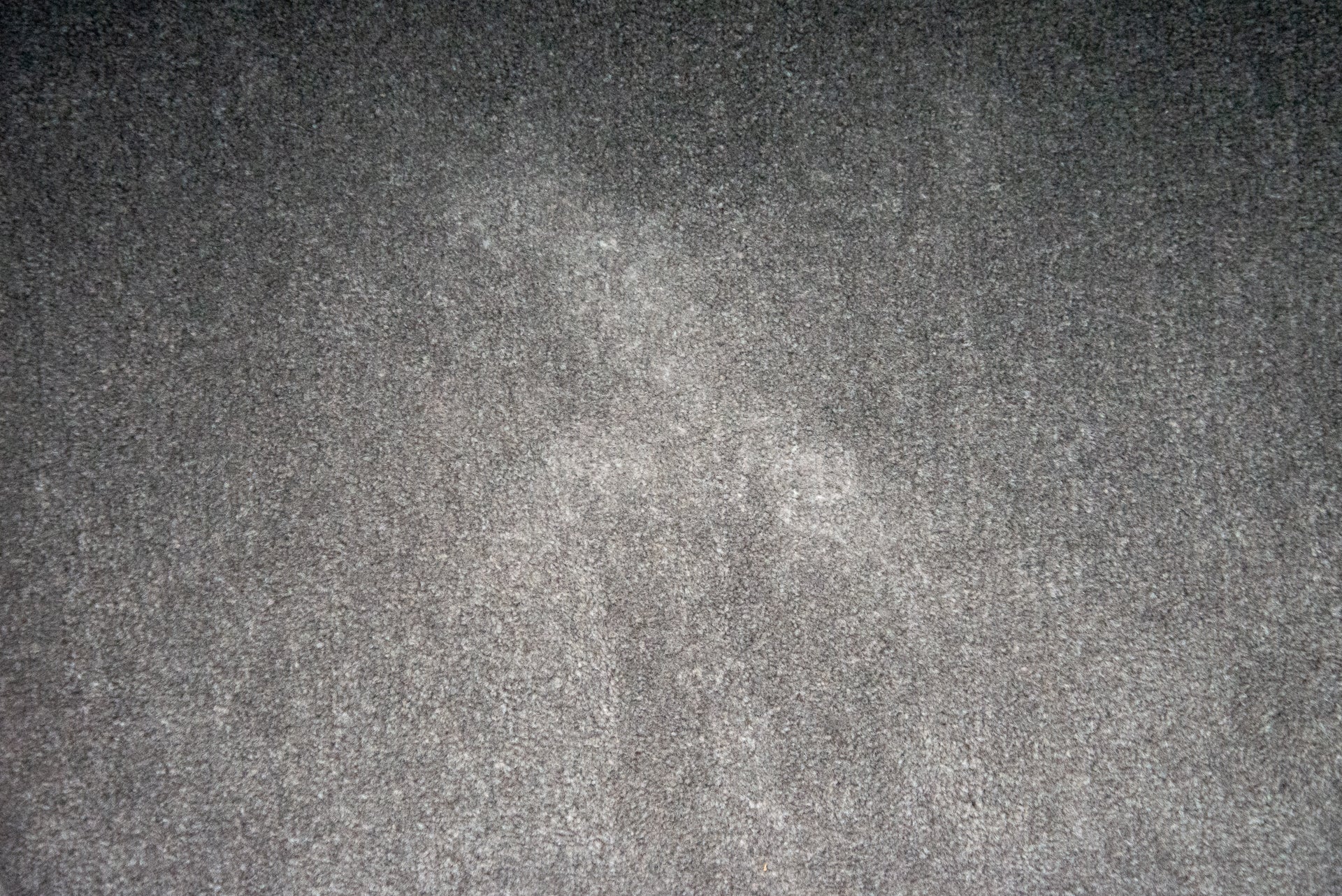 Overall, the Roborock S5 is a quality robot vacuum cleaner, punching far above the level its price would suggest.

Roborock S5 – How does it cope with obstacles

Navigation is usually the one area where cheaper vacuum cleaners fall down, but not so with the Roborock S5. Using laser navigation and the map of the room, the robot plans the optimal route around your home. It managed to get very close to the edge of the room, and also navigated around the entire floor space perfectly.

The size of the robot can mean that it can’t quite squeeze through some gaps: it wasn’t a massive fan of my dining room chairs, for example. That’s a problem shared across all robot vacuum cleaners – and the truth is, you have to move some furniture to get the best clean.

Why buy the Roborock S5?

Cheaper robot vacuum cleaners tend to suffer from a few problems, in some cases to the point where they’re not really worth turning on. It’s refreshing to see the Roborock S5, which is comparatively cheap, yet does an excellent job at vacuuming. Its mopping performance is so-so, but the core vacuum function more than makes up for this.

It’s great to see advanced mapping functions, too, and the ability to set no-go areas. These are features typically only found on more expensive models.

Inevitably, there are some limitations. Both the Dyson 360 Eye and Neato Botvac D6 Connected have better apps and better dust pick-up, particularly on carpet. The Ecovacs Deebot Ozmo 930 is a better mop. You can find my full list of recommended products in my best robot vacuum cleaner list.

All that said, the Roborock S5 is well-priced, offers plenty of features and, most impressively, cleans well.

With its excellent navigation and pick-up, the Roborock S5 is a great lower-cost robot vacuum cleaner and it can even handle an occasional mop.