Razer's DeathAdder V2 is an easy sell. A fabulous new sensor and timeless design combine for one of the best performing wired gaming mice at this price.

The DeathAdder V2 represents Razer’s latest, and most powerful, revision of its bestselling DeathAdder line of wired gaming mice.

With this latest edition, the company has upped its game since the DeathAdder Elite, boasting the Focus+ 20,000 DPI sensor as the main selling point – and for a price of £69.99, it slots in well with the competition.

It’s certainly fair to say the DeathAdder V2 looks the part when it comes to a gaming mouse. Featuring a timeless and ergonomic shape, the DeathAdder V2 is one of the most comfortable mice on the market. In addition, the rubberised side grips make the device yet more comfortable than it first appears.

Since it’s predominantly made up of hard plastic, you may imagine the DeathAdder V2 to be a heavy mouse. However, a weight of just 82g means it’s lighter than first anticipated, and ensures less wrist fatigue for a much more enjoyable gaming experience.

The eight programmable buttons offered up by the DeathAdder V2 are both tactile and well made. On the bottom of the mouse is a button to switch between different on-board profiles, configurable in Razer Synapse, which is a rather nice addition.

One of the main selling points highlighted on the packaging is Razer’s SpeedFlex cable. Despite being a wired mouse, there’s a degree of freedom that comes with the DeathAdder V2, due to its ability to glide better than ever before, as well as offering smooth control. 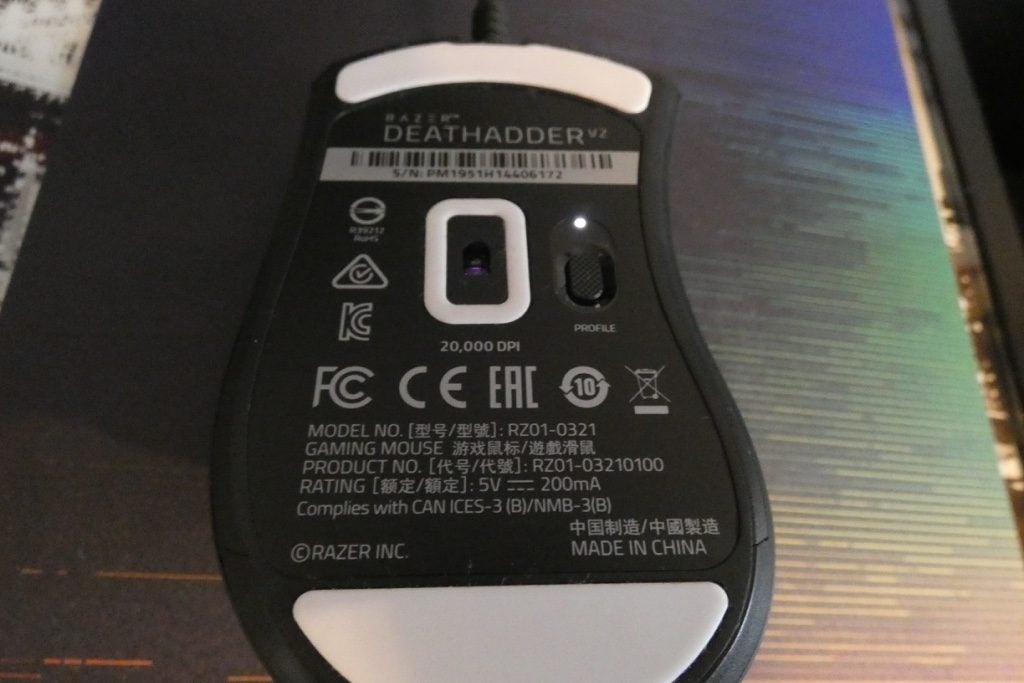 This latest revision sees Razer up its sensor game once more. This version of the DeathAdder now boasts the company’s Focus+ sensor and a whopping 20,000 DPI. The fact it’s wired also ensures a seamless and latency-free connection.

Also featured on the Razer Basilisk Ultimate, Razer’s Focus+ sensor works a charm. In FPS games such as CS:GO, the DeathAdder V2 has to be one of the best mice I’ve ever used. While 20,000 DPI may seem a little zany to some, it works brilliantly in high-intensity gaming situations, offering razor-sharp movement across the screen and delivering a superb performance during those long battles.

What’s more, Razer’s optical switches work via light beams as opposed to traditional mechanisms. This makes the DeathAdder V2’s clicks even faster, meaning your competitive advantage is heightened that much more. They’re also rather clicky, which is both satisfying and a change to some mushy ones I’ve used in the past. 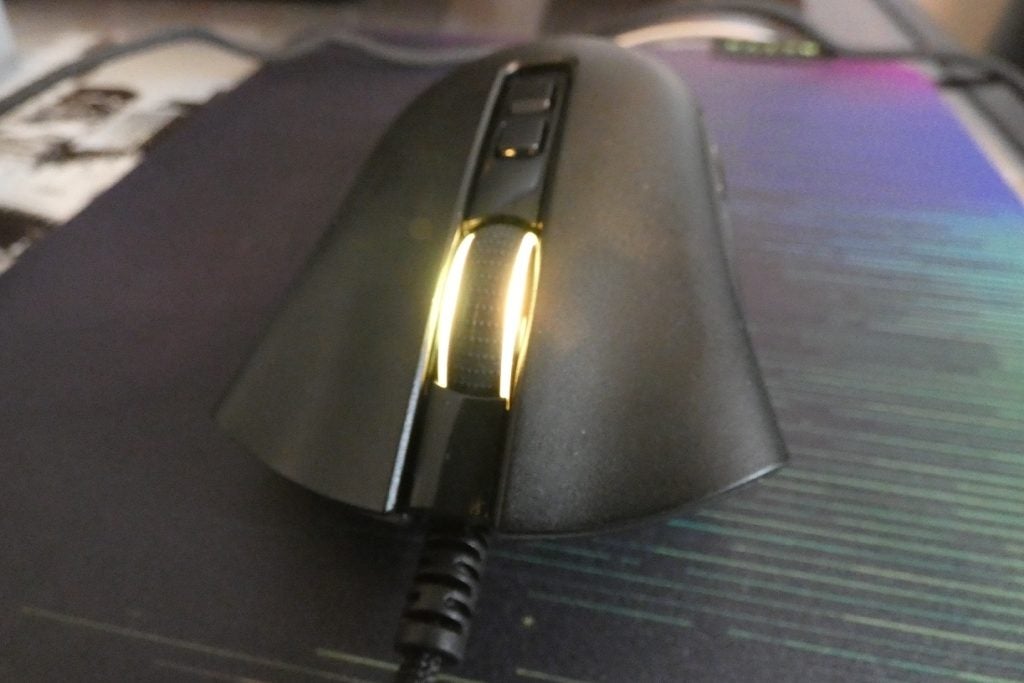 Razer DeathAdder V2 software and lighting – Get your glow on

Once again, Razer has excelled with the backlighting, and despite only seeing two light zones – the scroll wheel and Razer logo – the sheer crispness and sharp nature of the lighting more than make up for it.

The DeathAdder V2 really comes alive when used with Razer’s Synapse 3 software. Featuring eight programmable buttons along with Hypershift means customisation options for the DeathAdder V2 are practically endless, doubling your button tally to 16. The programming of these functions is also one of the simplest around.

As is always the case with Razer’s Chroma-enabled products, this lighting engine sets the DeathAdder V2 out from the crowd. It’s where Razer excels, even in the typical presets of breathing and scrolling. It doesn’t necessarily matter what you choose, the DeathAdder V2 will always look the part.

There’s even some more left-field options such as the Chroma Visualiser which, much like some of Logitech’s offerings, matches the backlighting to any audio playing via your computer. This is particularly useful for songs featuring heavy drums or a decent bassline, as you can marvel at the mouse’s attempt to recreate Phil Collins’ drum solos or Flea’s basslines. It really is a nice touch.

The Chroma system also allows for connection to other devices such as the Phillips Hue home lights, meaning you can build your RGB kingdom beyond your office or bedroom. The ability to tie the lighting with a whole host of other devices is a really cool idea. 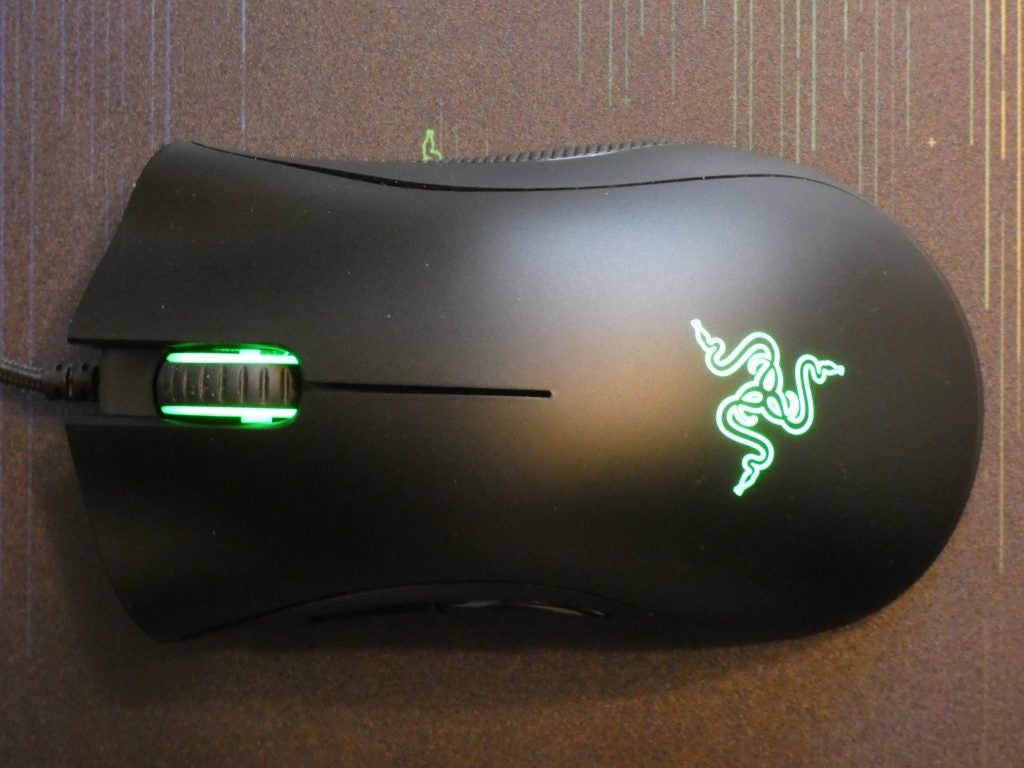 Should you buy the Razer DeathAdder V2?

In a word, yes. What you’re getting here is a practically unparalleled gaming experience with one of the most superior sensors on the market and one of the best-feeling mice of the past decade.

That said, there’s plenty of competition out there. Examples include some of Logitech’s offerings, and even other Razer mice such as the newest iteration of the Viper mouse, available for around the same money. The competition have lower DPI sensors, so it’s really a case of what feels comfortable for you and what you’re prepared to pay.

Razer’s DeathAdder V2 is an easy sell. A fabulous new sensor and timeless design combine for one of the best performing wired gaming mice at this price.