Remarkably for a company that’s taking only its second stab at some properly high-end loudspeakers, Q Acoustics has hit the bullseye. Again.

Q Acoustics is a good example. A dozen-or-so years ago, the company came from nowhere to establish itself as an absolute hero at the affordable end of the passive speaker market. Not by serving up anything radically different to its competitors, but by delivering cracking value for money.

Then, in 2017, it casually took the covers off its Concept 500 floorstanding speaker – at £4000 a pair, these speakers were getting on for 10 times the price of anything Q Acoustics had previously offered. They were pretty much universally admired, not least on this site.

And now there’s the Concept 300. Q Acoustics isn’t the first speaker brand to saw the legs off a floorstanding unit and reimagine it as a stand-mounting version. However, it may well be the first to have brought some truly original thinking to bear as it does so.

First things first: Concept 300 is an unusually proportioned speaker. Viewed head-on it looks pretty conventional, relatively tall and wide by prevailing standards, but nothing startling. Get above or alongside it, however, and you won’t fail to notice how deep it is – it just goes on and on. 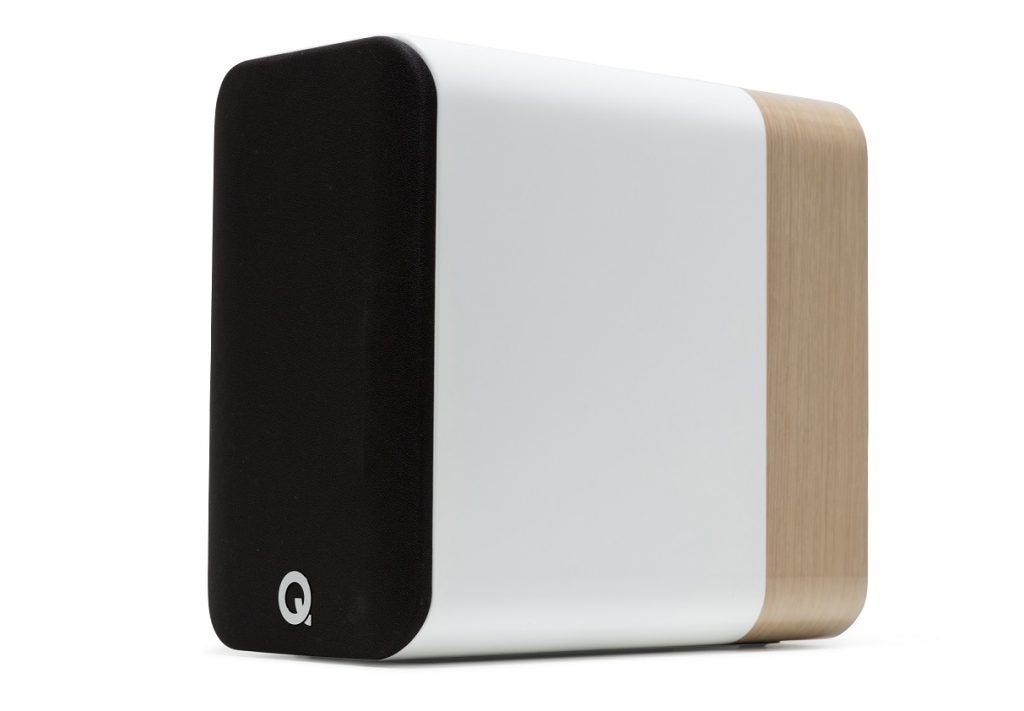 Q Acoustics, as it did with Concept 500, has sought to minimise the impression of bulk by designing a two-tone cabinet. Available in black and rosewood, silver and ebony, or white and oak, the cabinet is beautifully realised: deep and lustrous lacquer, elegant curves, and with a seamless join between the differing materials.

A unique stand design further helps the Concept 300 look less of a handful. Called Tensegrity, the stand is designed specifically for the Concept 300 – and the speaker isn’t available without the stand. That’s an entirely sensible decision, for a couple of reasons. Tensegrity’s relationship with Concept 300 is better dealt with in the “Features” section below – but here’s as good a place as any to discuss the reasons the stand looks the way it does.

A tripod such as this is inherently stable and can be very easily levelled by adjusting one of the feet. To help keep the three load-bearing legs as slim and unobtrusive as possible, they’re held in position by thin stainless-steel cables.

The result is a stand of far less visual bulk than most alternatives. Plus, the juxtaposition between the slender stand and the burly cabinet on top of it is somehow rather pleasing; when the speaker is on the stand, the overall effect is a little like one of those ancient hand-cranked movie cameras.

So yes, the relationship between speaker and stand has been thoroughly re-examined by Q Acoustics for Concept 300 – and, as a result, there’s far more going on here than in any other speaker/stand combo. 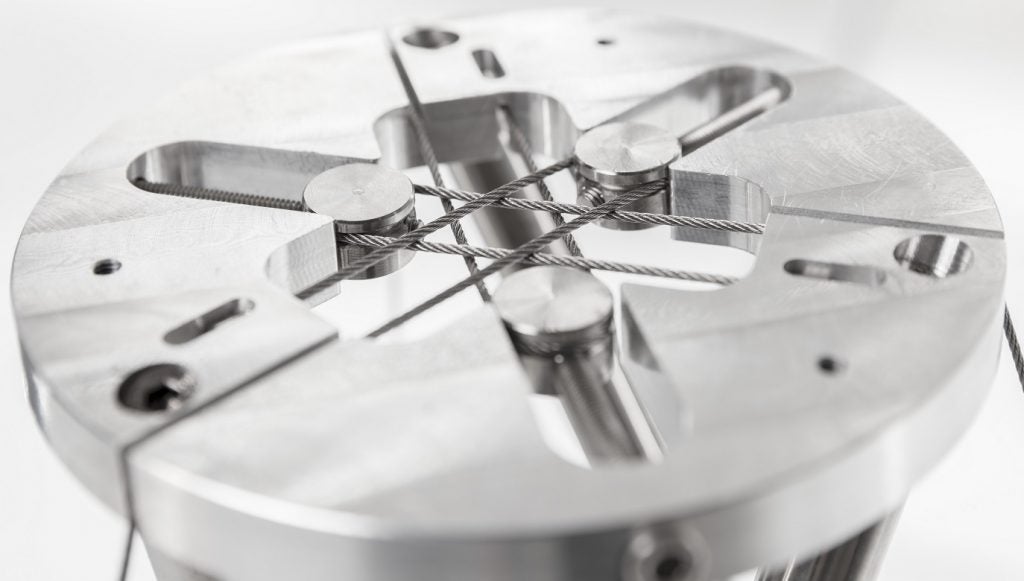 The entire mass of the Concept 300 is suspended on an integrated plinth at the bottom of the cabinet. In effect, the whole speaker sits on four internal springs – like a high-tech version of the “blob of Blu Tack” or “half a squash ball” Heath Robinson methods of decoupling a speaker from its stand, which hi-fi twonks have been utilising for years. This plinth fits precisely onto the top of the Tensegrity stand, where it’s bolted into place.

This is the reason the Concept 300 can’t be had without the Tensegrity stand to put it on – and also why you’d have to be pretty bloody-minded to want it any other way. 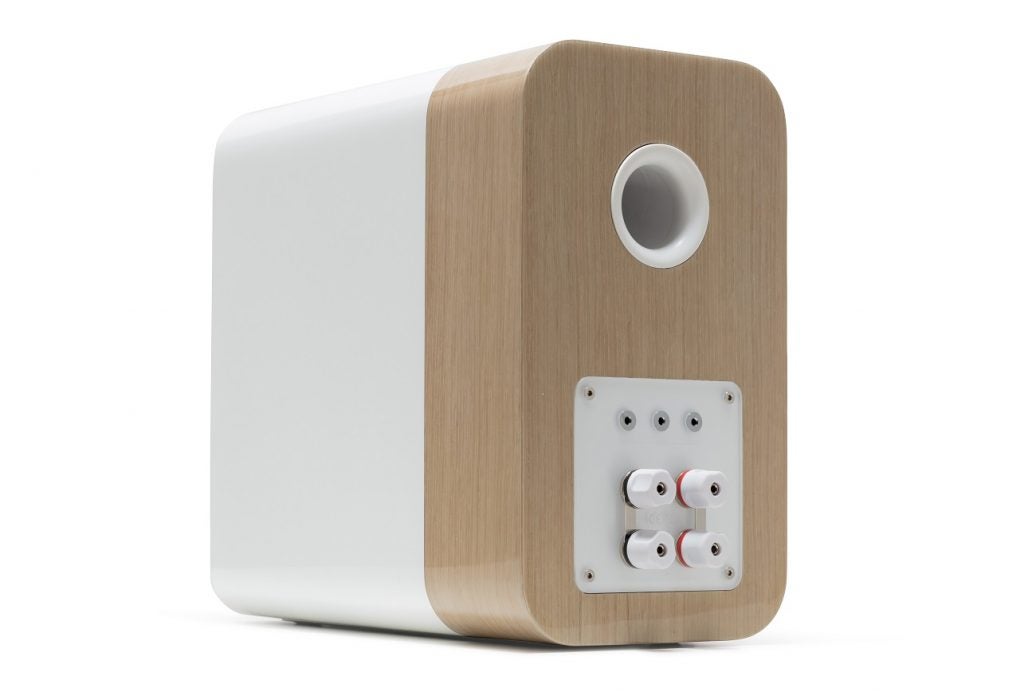 Elsewhere, Q Acoustics has deployed some of the technical highlights first showcased in the Concept 500 floorstander. For instance, the speaker cabinet actually comprises three layers, Russian Doll-style. They’re separated from each other by a thin gel layer that absorbs stray vibrational energy and converts it into heat. Because, as is becoming increasingly obvious, there’s little Q Acoustics won’t do to rid its speakers of vibrational interference.

Otherwise, it’s high-end loudspeaker business as usual. A 28mm soft dome tweeter sits above a 165mm doped paper mid/bass driver (they’re unusually close together in a quest for a convincing point-source of sound), and low frequencies are bolstered by a rear-venting, bass reflex port. There are no exposed bolt-heads or screws on the front baffle, while around the back – beneath the port – you’ll find electrically isolated bi-wire speaker terminals.

So the speakers are securely bolted to their stands. The stands are securely positioned on the floor, angled in just a touch towards your listening position rather than firing straight ahead. Time to flick the metaphorical switch.

The first minute or two of “Taking the Farm” by The War On Drugs is a tense time for the unfamiliar listener. It’s possible the Concept 300s could present themselves as a rather undemonstrative, un-engaging listen. Has all this time, effort and money expended by Q Acoustics on these remarkable-looking speakers resulted in an unremarkable product? 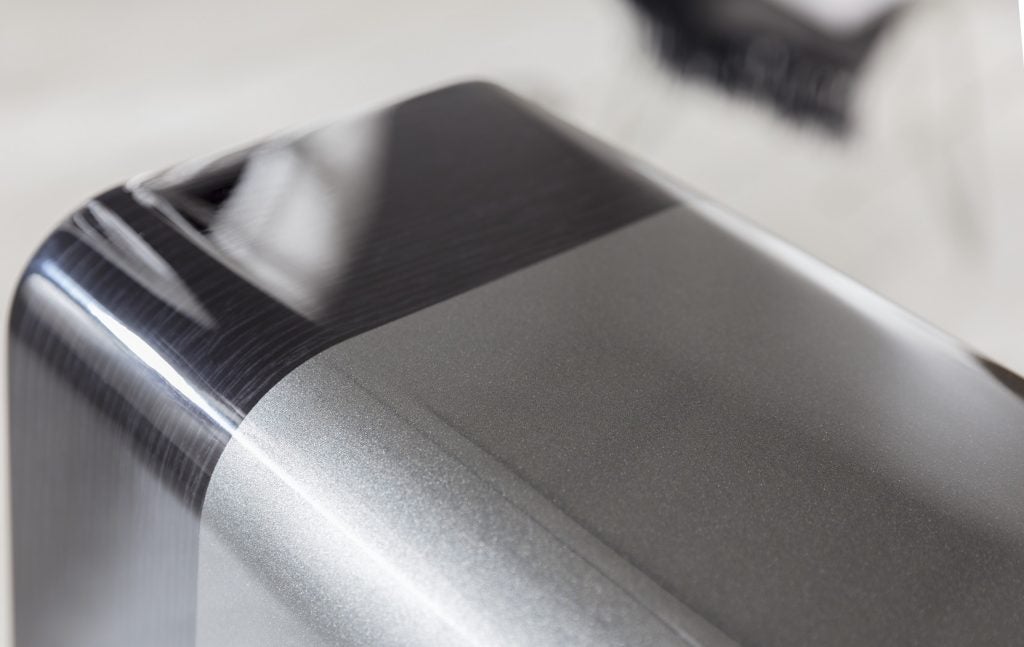 Far from being undemonstrative in character, the Concept 300s are utterly faithful. They aren’t desperate to impress with bombast or attack; they simply want to get on with job of describing the music you’re listening to in as consistent and realistic a manner as possible. So when you play music as strangely anaemic and removed as The War On Drugs, the Concept 300s sound distant and uninvolving.

It’s an easy theory to prove. Just switch to “Hallelujah, I Love Her So” by Ray Charles; the Q Acoustics come bounding to life. They communicate the joyousness of the vocal fully, load the instruments with detail of tone and timbre, and knit everything together into a coherent whole. There’s a brilliant impression of performance from the Concept 300s, and a palpable impression of the speakers being animated by the energy of the music. 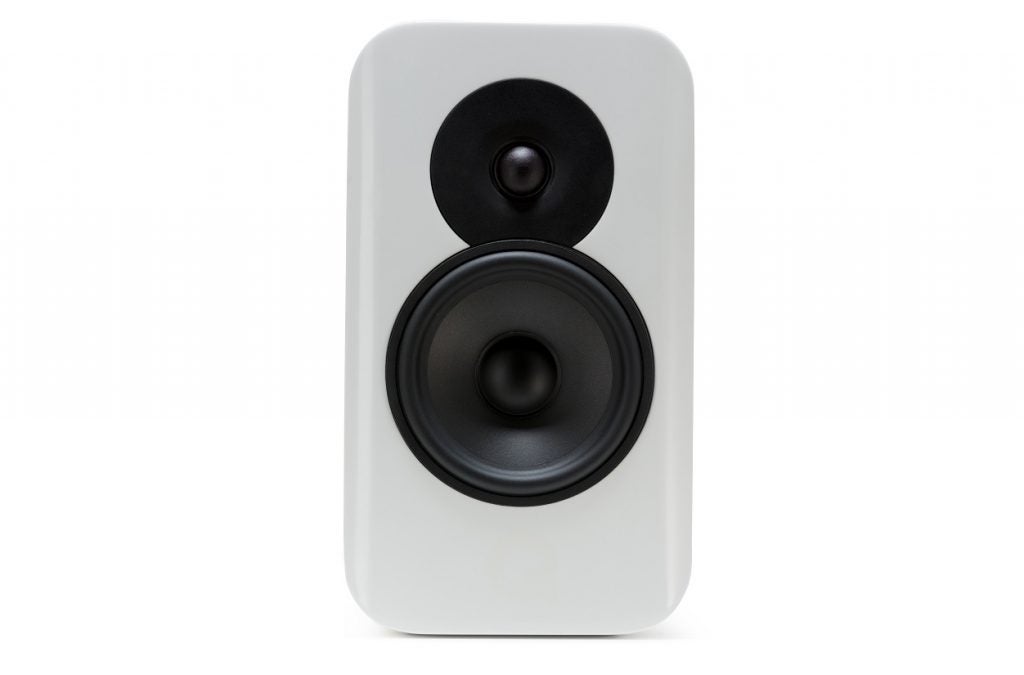 Switch through the genres and the Concept 300s shift their attitude accordingly. The delicate minimalism of Erik Satie’s “3 Gymnopédies” is warm and human enough to bring a lump to the throat of even the most hard-hearted listener, while the thunderous grind of Daniel Avery’s “Diminuendo” hits squarely, with depth and texture. Even the pin-headed nonsense of Ramones’ “Sheena is a Punk Rocker” doesn’t prove beneath the Concept 300s – they attack the recording as if their life depended on it, which is exactly what the recording demands.

At every turn, the Concept 300s impress with their willingness, their adaptability and, above all, their fidelity. The “fi” element of “hi-fi” is a sometimes-overlooked virtue, but the Q Acoustics have fidelity in spades.

If your music is dull, badly recorded or otherwise unsatisfactory, the Concept 300s aren’t about to dress it up and make it more palatable. But if it’s characterful, or moving, or vibrantly abandoned, well – that’s how the Q Acoustics will deliver it. Intact and in full.

These speakers have dynamism, they can unearth even the finest details, they’re unfussy about partnering equipment (within reason) – and they can turn their hand to anything.

You should buy the Q Acoustics Concept 300 if…

PMC’s Twenty5.22 offer a touch more attack and assertion; while the Dynaudio Special forty might arguably offer greater warmth (if you like that sort of emphasis). However, neither can top the Q Acoustics’ unfussiness, nor their outright fidelity.

It’s safe to say the Q Acoustics Concept 300s deserve a place right up near the top of your shortlist. There are other speakers from rival brands that are every bit as worthy but the Concept 300s have at least a couple of compelling advantages over nominal rivals.

Both Dynaudio and PMC will point you towards some very capable speaker supports, but they won’t have been designed specifically with their partnering speakers in mind. They won’t have anything like the visual drama, and – with the best will in the world – they won’t have the purity of purpose of Tensegrity.

You shouldn’t buy the Q Acoustics Concept 300 if…

A sum of £3000 is a lot of money to pay for a pair of loudspeakers. It should go without saying that the source they’re fed (whether it’s vinyl, CD or hi-res streaming service) and the amplification they’re driven by needs to be of a similar standard if you want to hear where all that money went.

These are big speakers and they won’t thank you for putting them in a small room any more than your resident interior decorator.