Despite their high price, the Concept 500 are one of hi-fi's greatest bargains.

Q Acoustics has been building well-respected budget speakers for a decade now, but the Concept 500 is the showcase for what the company can do when the gloves are off. These are high-end floorstanders, aiming to blow your socks off with their sound quality.

Considering their price, you might well scoff at this, but the Concept 500 also look to represent Q Acoustics’ usual good value for money. And they succeed.

The Q Acoustics Concept 500 start at £3600 with a plain white or black gloss finish, while duo-tone finishes of black gloss with rosewood veneer or white gloss with oak veneer weigh in at £4000.

The design of the Concept 500 is unmistakably Q Acoustics, with those generously radiused corners and a D’Appolito driver configuration – in other words, the 28mm soft-dome tweeter is sat between a pair of identical 16.5cm paper woofers.

Build quality and finishing is a big step up from the more budget-friendly Q Acoustics models, however. The duo-tone models, in particular, are simply stunning – that classy rear veneer really sets them apart from other floorstanders in their price range.

The cabinets use the same Gelcore construction as previously seen on other Q Acoustics models. This involves a gel that never sets, sandwiched between two layers of MDF for an extraordinary level of deadening. Substantial point-to-point bracing keeps it all stiff, while Helmholtz pressure equalisers are placed inside to further reduced resonance. And this is all sat on a gorgeously sculpted cast aluminium plinth. 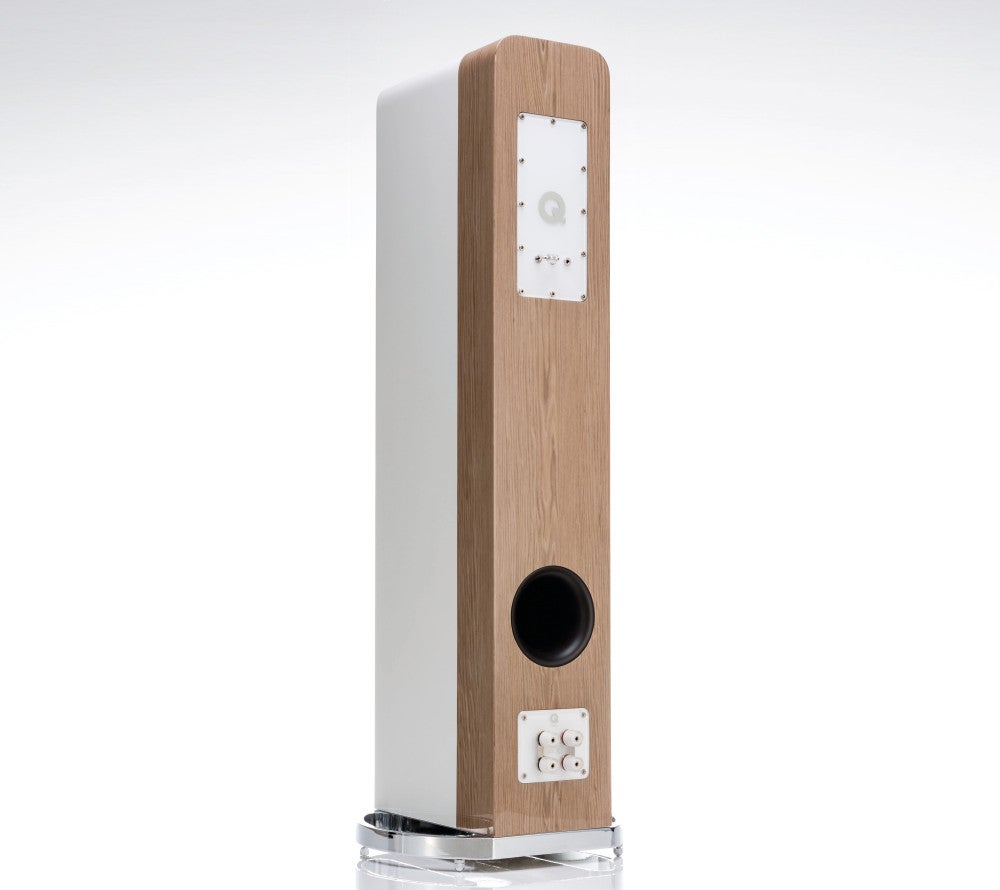 Around the rear, you’ll find a set of bi-wireable 4mm speaker terminals at the bottom, with a large bass port above.

There’s a second panel, too, for tweaking the treble +/-0.5dB. In my room and setup, they seemed happiest left at the neutral setting.

I tested the Concept 500 mostly hooked up to a Leema Acoustics Tucana II Anniversary Edition amp through Atlas Mavros cables. For sources I used a Clearaudio Performance DC turntable and a laptop via a Chord Hugo DAC. 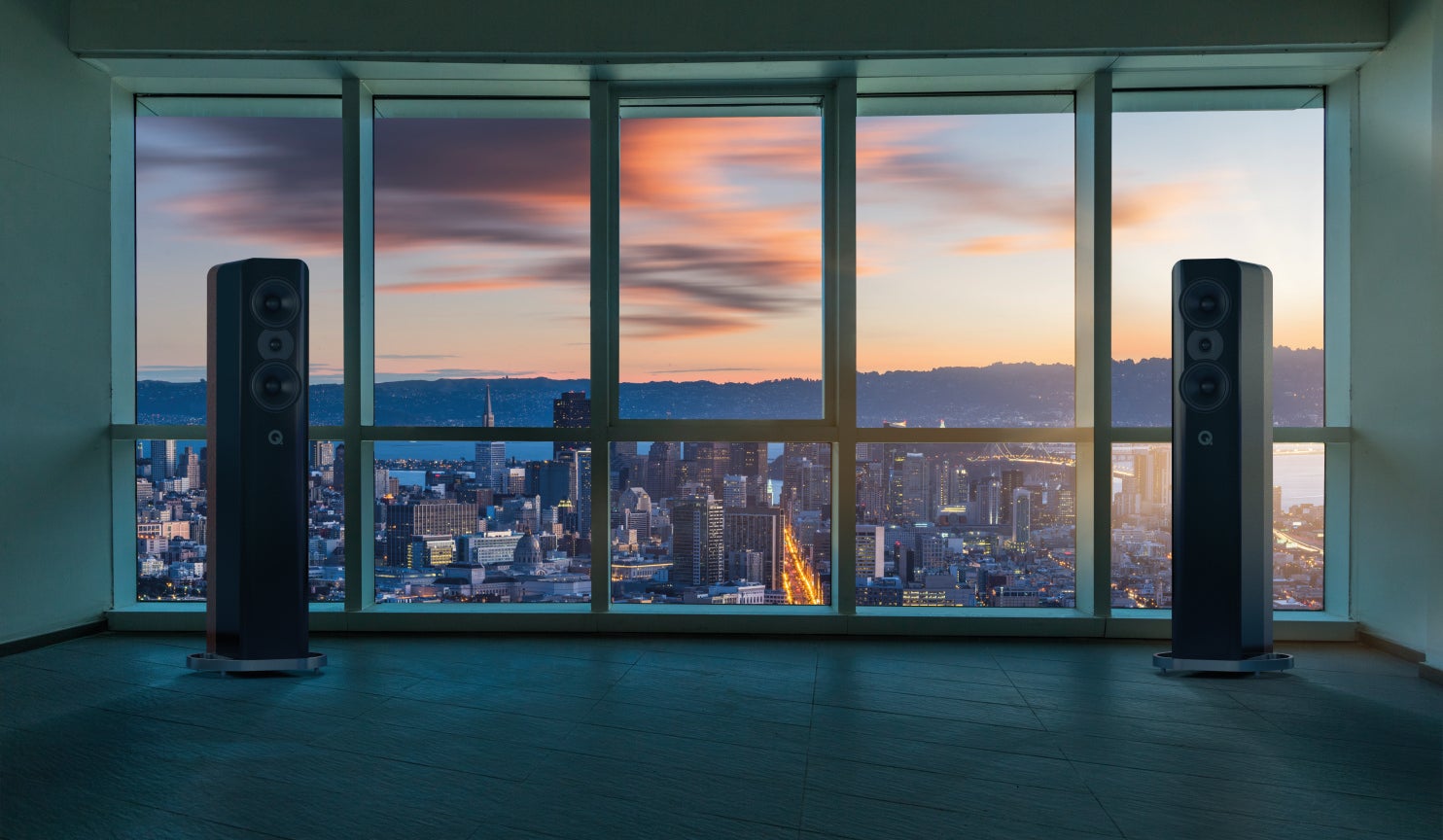 The Concept 500 are one of those pairs of speakers that, as soon as you start playing something – anything – through them, your eyes open a little wider. It takes only a few hours of not using a high-end hi-fi system for your flawed human brain to forget just how good music can sound. And it doesn’t sound much better than this.

The clarity and scale of the soundstage woven by the Concept 500 is staggering. It’s immense, detailed and sweet. It’s beautiful.

Playing something gentle and acoustic, such as Josh Ritter’s ‘Wings’, these speakers sweep you up and caress you with a deftness of touch and intimacy that you only really get when you’re into the audiophile stratosphere, spending the same amount as you would on a new car.

With tracks that are a little more sweeping, such as ‘Master and a Hound’ from Gregory Alan Isakov with the Colorado Symphony, the separation and scale is breathtaking. There’s so much texture and such a perfect tonal balance. It’s almost flawless. 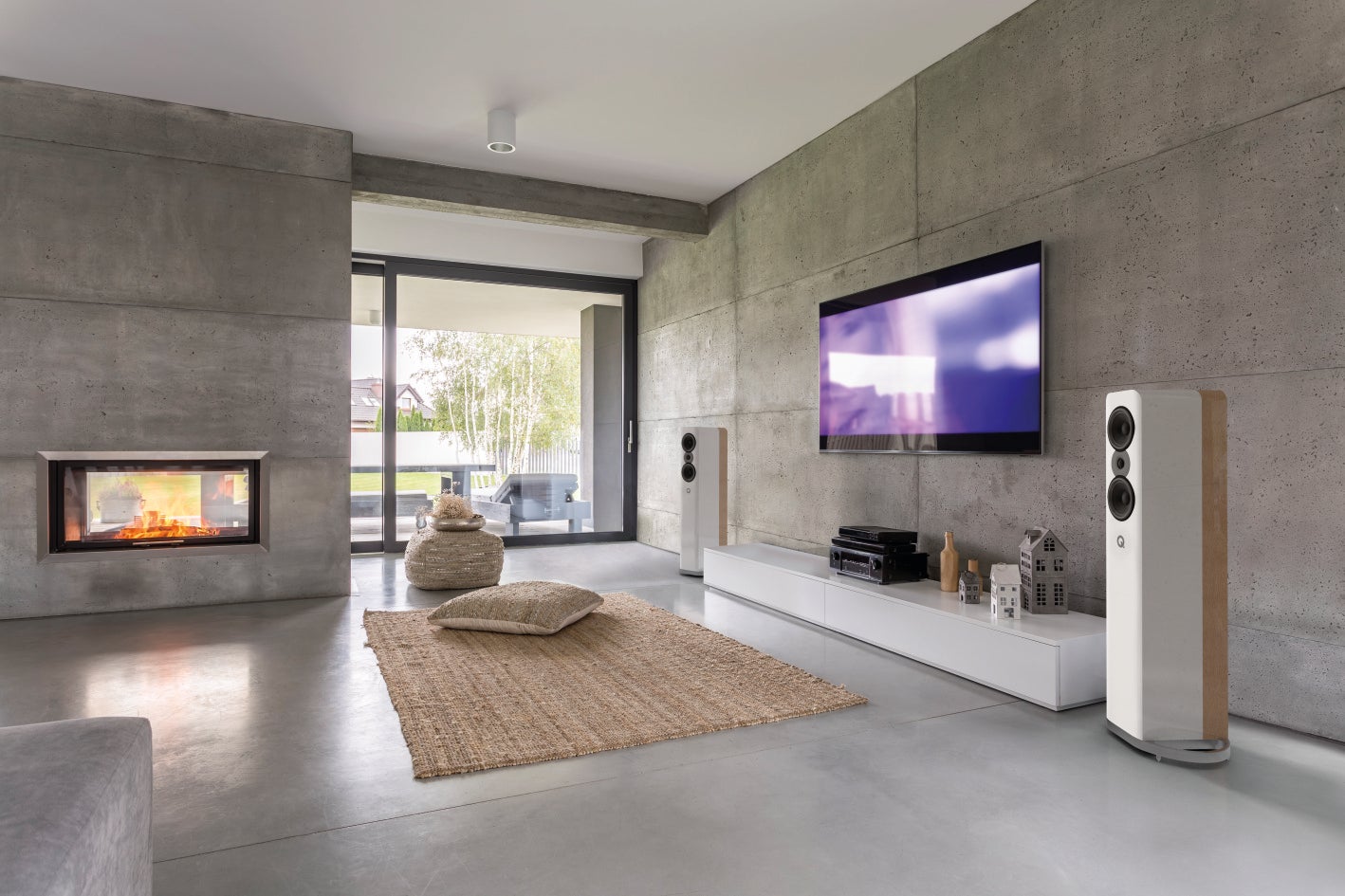 Even the bottom end is fantastically tuned. It’s deep and taut, just as it should be. You’ll want to give that rear-facing bass port plenty of room to breathe, though – I’d try to keep them at least a foot and a half from a wall.

What you might appreciate is that the Concept 500 sound good even at lower volume levels. This isn’t often the case with high-end speakers, which usually need dialling up a fair whack before they really start to sing.

You won’t have too much trouble driving them, either, since the 90dB sensitivity makes them an easy load for even the most modest amps. The crystal-clear Leema proved to be a perfect match.

The only shame is that Q Acoustics hasn’t yet produced a standmounted version with a smaller cabinet, for those who maybe don’t have such a large listening room. 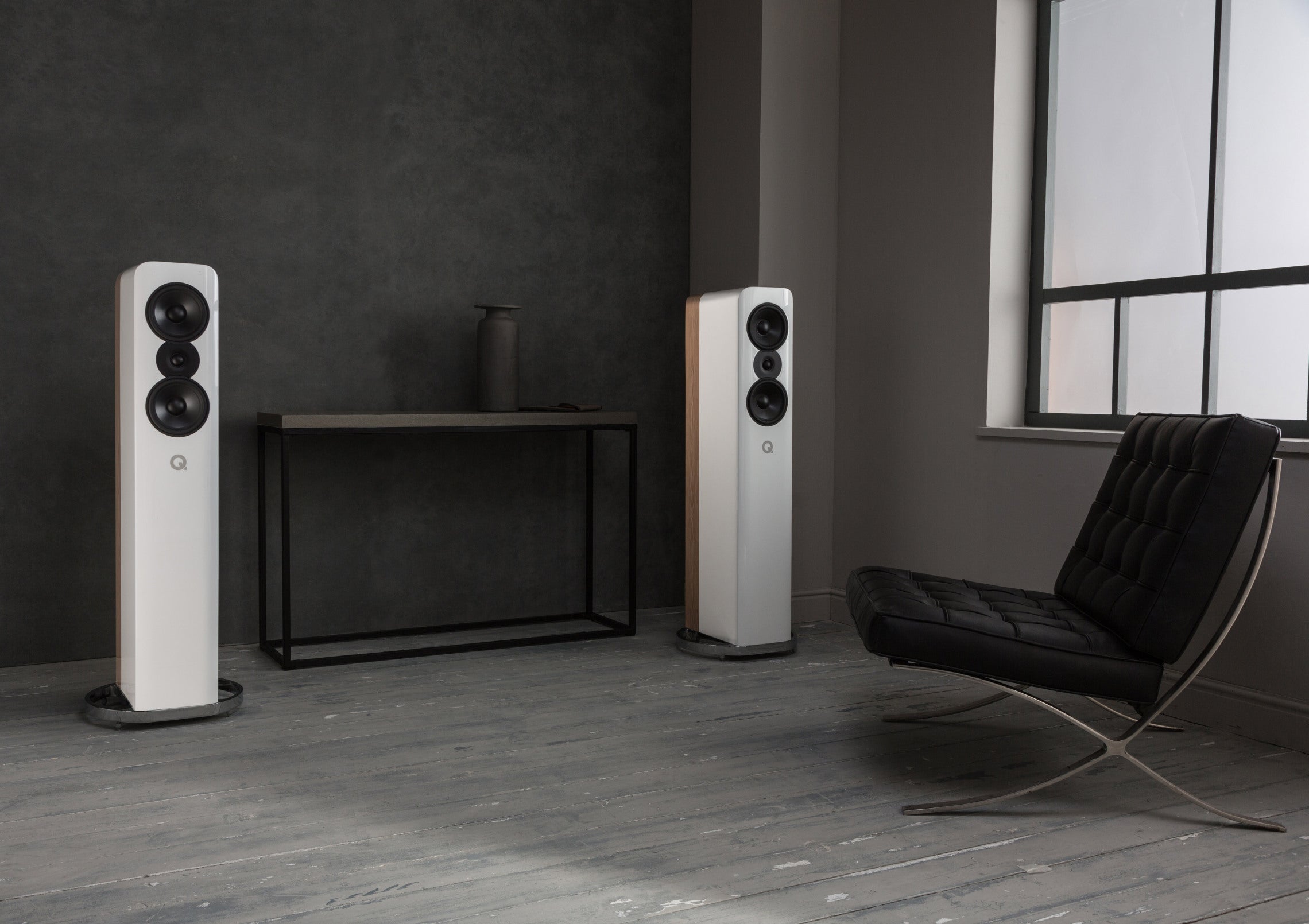 You should buy the Q Acoustics Concept 500 if…

For the money, there are no better floorstanding speakers you can buy. In fact, you’d have to spend thousands more for any improvement – and even then you might only see improvement in certain areas.

The nearest competitor in price and sound are probably the B&W 702 S2, but they can’t touch the Concept 500 for scale – and they sound a little too cold and clinical.

You should buy the Q Acoustics Concept 500 if…

The Concept 500 are speakers that need plenty of room around the back for them to perform at their best. These aren’t for small and dainty rooms.