The Pure Siesta Mi Series 2 is the DAB radio master’s latest attempt at a bedside clock radio. It’s small, it’s extremely affordable at £35 and it provides DAB stations, where the majority of bedside radios make do with musty old FM.

Although it offers this extra key feature, the Pure Siesta Mi Series 2 is designed to look just like any other bedside radio. It’s sorta flat, with a slightly angled screen to make viewing it from the comfort of your bed – as it wrenches you from sleep – easy. 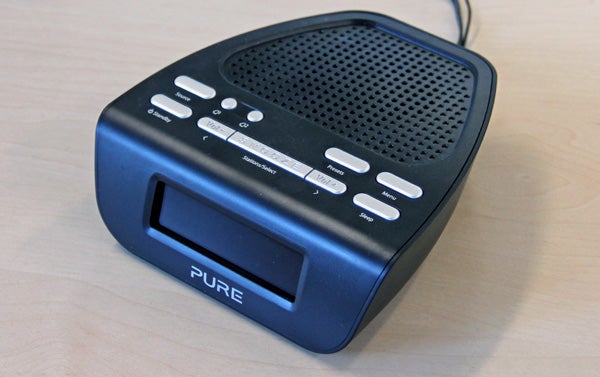 The Pure Siesta Mi is very light, it’s made of matt black plastic – although a white model is also available – and while there are no parts that creak suspiciously or feel as though they’re about to fall off, it does feel a little cheap. However, this is really what the Siesta Mi models are about. If you want something that feels swankier, you should check out the non-Mi Siesta model or the much-larger Pure Chronos units – which start at around £80.

Controls
All the controls for the radio are up top. They’re grey plastic buttons and – like the box itself – while they don’t look or feel fantastic, they do the job just fine.

Looking a bit closer at these buttons, Source switches between the DAB and FM tuners, the two alarm buttons give you easy access to the two different alarms, and Presets opens-up your favourite radio stations. The rest – Sleep, Snooze, Volume and Menu – are all pretty self-explanatory if you’ve used an alarm clock before.

The only non-obvious decision here is to give the alarms separate buttons, which will come in handy for those with partners on differing schedules. Alarms can be set off daily, just the once, at weekends or week days, and they can spark off an FM or DAB radio station, or the alarm tone. It’s a generic beep that you’ll never learn to love, but that’s hardly the point.

Up above the buttons is the speaker grill, in-laid with little circular cut-outs. Underneath these is where the lone 2in full-range driver sits. It fires upward – the only possible orientation gives the squat design of the traditional bedside radio. 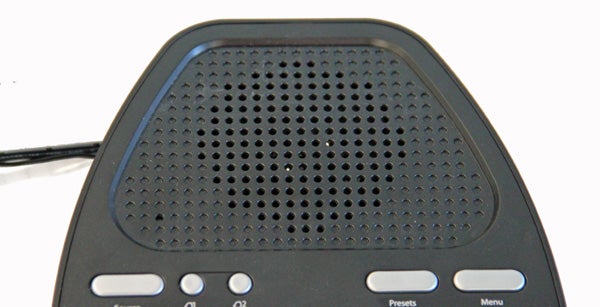 Connectivity
Unlike Pure’s other radios, the Pure Siesta Mi Series 2 has no audio output – no connections at all bar the unusual miniUSB power port. Although it is at first surprising to see miniUSB rather than a traditional round power socket, it makes the radio more versatile. It seemed to have no problems powering off the USB socket of a computer. 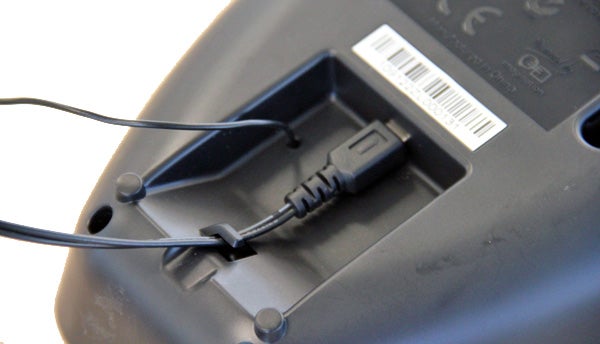 There’s a little recess on its bottom to keep the cable from getting in the way, and the aerial also lives down here. It’s a simple wire affair that you’ll have to stick to the wall if you’re in a poor signal area. Although not as effective as a good telescopic aerial, it lets the Pure Siesta Mi Series 2 stay all the more unassuming.

Display and Usability
Keen on clarity, the Pure Siesta Mi Series 2 uses a relatively large one-line backlit LED display. It’s yellowy-green in colour, and will display text from DAB radio stations as well as the time. This is one element Pure claims to have improved since the first-gen model.

We found the display very clear in all conditions, and it cleverly auto-calibrates the backlight to suit the environment. In a bright room, it’ll brighten-up. Switch off the lights and it’ll dim right down – and there appear to be three or four gradations of brightness.

There’s seemingly no way to manually control this dimming, which is a shame, and the backlight is ever-so-slightly visible at the dimmest setting. Only those extremely sensitive to light sources when trying to sleep need worry, though.

We found the Pure Siesta Mi Series 2 easy to live with, and its alarm system flawlessly reliable. You can set how long you want your snooze period to last for, and while it’s not quite as responsive as a touch-sensitive alarm clock like the Pure Twilight, the snooze button is big and sensibly-placed for early-morning whacking.

The one niggle about the way the alarm works is that when using radio to wake up, the station enters with a “pop” noise that may spoil the more relaxing wake-up of radio for very light sleepers. Powering the Pure Siesta Mi Series 2 sound is a single 2in driver backed by a not-quite-whopping 1W RMS of sound.

Sound quality
As is the Pure way, the volume of the Siesta has been carefully limited to make sure the radio doesn’t turn into a distorted mess when maxed-out. However, sound quality isn’t great and it doesn’t go tremendously loud either. The Siesta Mi sounds small and boxed-in, with very little bass presence and limited detail. In short, it sounds like what it is – a bedside radio. If you want a box to double-up as a bedroom or kitchen radio rather than just something to wake up to, you’d be much better off with one of Pure’s larger radios. 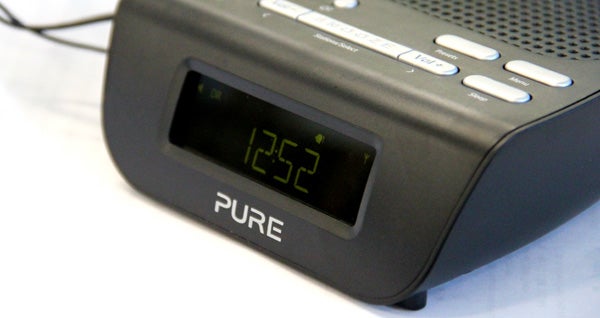 Given the so-so sound performance, the Siesta may also look a little expensive next to some other bedside radios, which you can buy for under a tenner. However, let’s not forget that the Pure Siesta Mi Series 2 is a fundamentally rare thing. Hardly any bedside radios that use a traditional alarm clock design have a DAB tuner. These tuners are more expensive and more power-hungry, and hence aren’t the best fit for a dinky, cheap alarm clock.

The most obvious non-Pure rival is the Roberts Dreamtime, but that radio has an uglier design, is more expensive and less powerful with 0.5W to play with. While that doesn’t necessarily mean it won’t sound better, the £15 price difference alone is almost enough to rule it out. However, if you can afford the extra space and cash, we’d advise considering a Pure Tempus 1S. It looks and sounds a lot better, and is still a cracking way to wake up thanks to its touch sensitive snooze handle.

A very minor update of the first Siesta Mi model, the Pure Siesta Mi Series 2 is an affordable and likeable DAB alarm clock radio. It looks a little cheap, feels a little cheap and sounds a little cheap, but if you only need to wake up to it, and will do the lion’s share of your radio listening elsewhere, it’s a sound buy. Small bedside radios with DAB tuners don’t grow on trees, and we’re happy to pluck this one off the shelf.