To our minds, Pure is a company better known for its larger, desktop DAB radios, but it does in fact cater for a wide range of radio needs from Hi-Fi size units to tiny portable ones. Today, though, we’re looking at a classic small bedside DAB radio, the Siesta Mi.

The first thing you notice about the Siesta Mi is it’s not built to the same standards as its larger brethren. Instead of the wooden and metal finish of the DAB Tempus-1 S or even the vinyl covered plywood of the Evoke-1S Marshall, the Siesta Mi is an all plastic affair more reminiscent of a proper bargain basement model costing £10 rather than the £40 it actually cost. That said, such cheap radios don’t have DAB and even the cheapest DAB radio we could find was still £30 odd, so Pure is offering okay value here. Also, there’s a simplicity and symmetry to the design that, combined with the black and silver colour scheme, means it’s hardly going to clash with most décor. 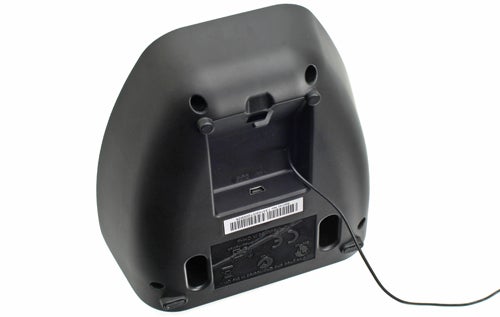 Adding to the sense of cheapness, though, is the flimsy and short wire aerial that is only 75cm long. Given that DAB signal is generally more difficult to pick up than FM, such a small aerial could be problematic. Indeed, it really struggled to pick up a signal in our office. We do have quite poor signal here, but larger radios in our office with telescopic aerials performed noticeably better. Certainly if your current radios struggle, this one probably isn’t the best option.


All this said, Pure’s renown for creating easy to use devices is evident straight away. The button layout is sensible, with volume and snooze given appropriate prominence, and the size and shape of the buttons also means it’s easy to tell what you’re pressing in the dark, though of course backlit buttons would be even more useful here. 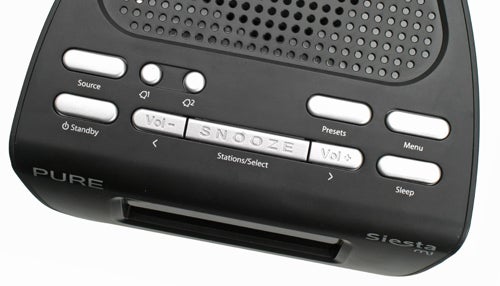 Also worthy of praise is the yellow on black LCD screen. For the most part it produces great contrast with little backlight bleed and is nice and sharp. It also has good horizontal viewing angles – moving left to right the display remains mostly readable. However, move past about 45 degrees in the vertical plane and it either goes completely black or completely yellow. All told, it is better than most budget radios in this regard, but it’s still far from perfect.


On the underside is the power input, which is actually a miniUSB socket so if such a thing took your fancy you could plug the Siesta Mi into a computer to power it. For those of you that don’t have a PC in your bedroom, though, a power adapter is included in the box.

Both FM and DAB can be received by the Siesta Mi and you can store up to 8 presets for each. There aren’t, however, any dedicated preset buttons, just one button for cycling through the list of eight. You must also switch between DAB and FM before being able to bring up the presets for each type. 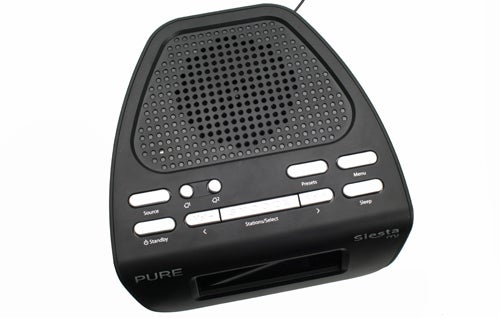 Two alarms are available with dedicated buttons for each. Tap the button once and you can adjust settings for that alarm, tap it again and it turns the alarm on.


Menu settings are limited to just display, autotune, clock, and language options. Within display you can decide whether you want radio text, the clock, or station information to be shown while listening. Autotune and clock are fairly self explanatory and throw up no peculiarities, while there are achoice of four languages; English, French, German and Italian. 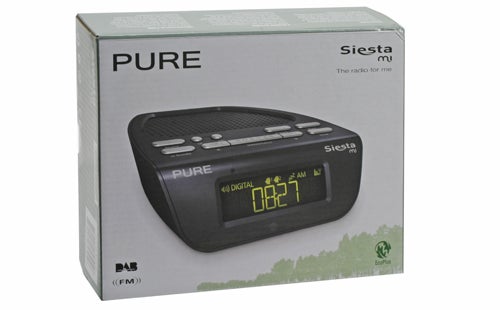 The final feature is a Sleep mode that uses a single button that progressively increments the sleep period from 15mins through 30, 45, 60, and 90 each time you press the button.


All in all, then, it’s a fairly basic bedside clock that, by dint of having a limited number of functions and through some good logical thinking on Pure’s part, is easy to use. 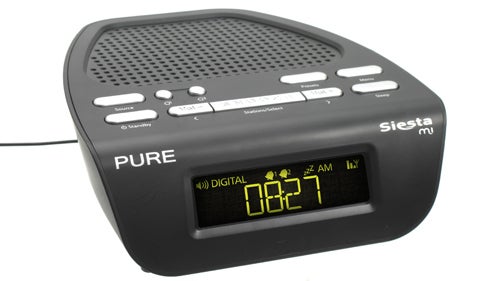 Sadly like most such cheap radios, sound quality is not spectacular. There’s enough volume to wake most people and there’s enough clarity for a snoozy sing along, if that’s the sort of thing you like to do in the morning. However, for radio listening proper we’d recommend opting for a larger more powerful model.


The Pure Siesta Mi doesn’t exactly set our hearts alight. For such a dull-looking plastic bedside DAB radio, it seems just a tad overpriced. That said, it gets the job done of waking you up in the morning and is very easy to use, which is far from a given at this end or even the high-end of the market. So if a low price and ease of use are your primary concerns it won’t let you down.