Project Cars 3 sees Slightly Mad Studios return to the wheel for the broadest and most accessible entry in the series. It’s a change from its racing sim beginnings, which may have some fans questioning whether the route this sequel has gone down is the right one.

The result is something of a hybrid between arcade and simulation racing, an accessible racer with depth, and one that’s enjoyable in a rather ramshackle kind of way.

Back when the game was announced it was said to be a spiritual successor to 2009’s Need for Speed: SHIFT, and there’s a bit of that DNA as well as a handling model that’s reminiscent of the GRID series. Cars can be tail-happy and engaging in opposite lock wrestles them back on course. However it’s not a game that rests on luck or pure speed. There is skill to it – at least once you’ve jettisoned the assists – and driving recklessly will make things worse. 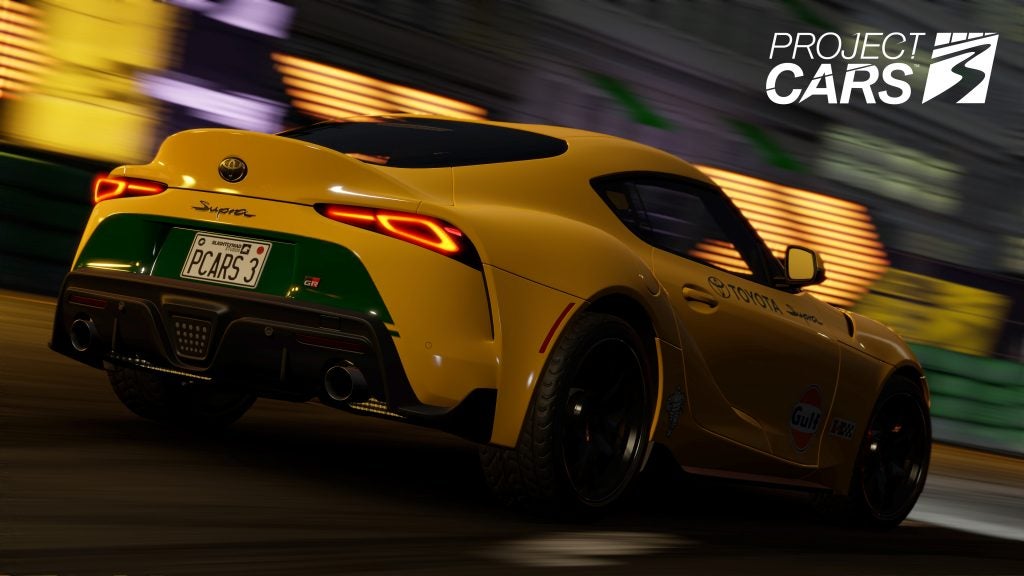 Even though adhesion to the road feels thin with lower class cars; smooth, measured driving is the order of the day. Braking in the right place, hitting the apex and accelerating out of the corner is rather obvious, but at its best, Project Cars 3 sends you into a rhythm where all you’re thinking about is achieving those three goals, building more momentum and going faster with each lap.

And the game gives you plenty of encouragement along the way. Your race engineer enthusiastically congratulates you on finding that perfect line, and the game tops up your XP when you master a corner or perform a clean overtake, which acts as further encouragement. It’s not a game that holds your hand – there’s no flashbacks if you make mistakes – but it’s there with positive reinforcement. One time the race engineer said I won by a mile – it was 0.008 seconds.

Each car has a Performance Index Rating (PIR) for an overview of its stats. Some are better at acceleration, others have better handling, and your car gains XP by competing in events and completing objectives. The more XP it accumulates, the bigger the bump in reduction for upgrades (level 5 = 5%, level 10 = 10%). That encourages you to upgrade the car by spending credits to purchase performance brakes, better suspension, aero packages and more. 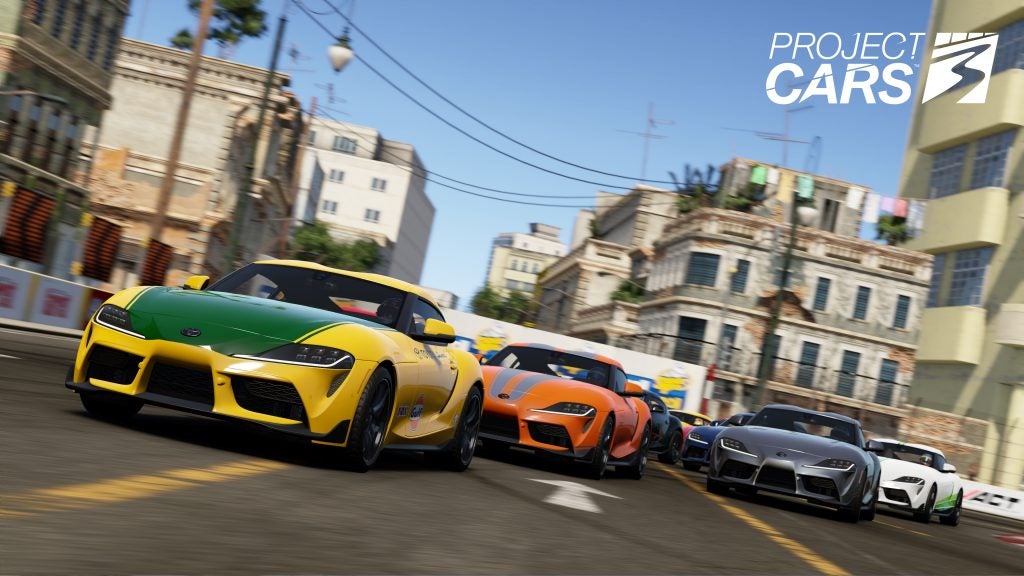 Spend it in the right areas and you’ll transform your ride to take on other cars in higher classes. The effects aren’t the same for each car, so some upgrades may not give you the boost you desire. I like the idea, and it creates this notion of you and your car on a journey as you rise through the ranks.

Progression can be rather slow despite the shower of XP the game rewards you with. The problem seems to be just not getting enough credits, and despite winning races and completing events, you’re often left thinking you have more in the bank than you have.

If you’re too impatient you can purchase unlocks for higher classes, so you aren’t restricted to grinding out XP. But the higher the class, the higher the pay-out and as mentioned credits aren’t always abundant. Menus are numerous too, and it’s a bit annoying that when you finish an event the game doesn’t automatically take you to the next one. That seems an odd oversight.

But what about the racing? Well it’s fun and challenging, if not without its foibles. Cars at the lower end have an uneasy relationship with grip, but as you progress the handling model requires more precise inputs. Racing in an Aston Martin GT and you can feel its weight trying to unsettle you in the corners, but it’s also less fiddly to drive. 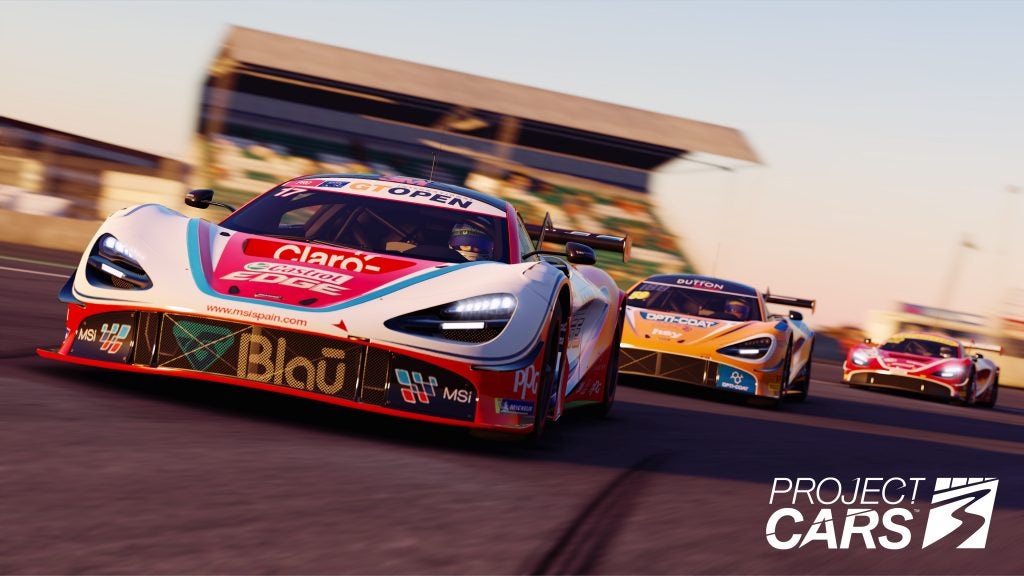 And races tend to follow a common narrative, which either sees you get off to a good launch or get bogged down. And then it becomes a case of pinball as you bounce off cars and make your through the pack. The AI can be both aggressive and rather slow – if you experience the latter check the AI settings. Despite being on Experienced difficulty, the AI settings were on Easy for some reason.

And while the lower classes see AI shove each other off the road, not to mention you; with higher classes the aggression is more jostling for space. The AI will dive down your sides if you leave a space, and this adds to the drama of a race as you harry the car in front to find a way through.

Races are brief – five laps is the most I’ve seen – which means they don’t drag, but the career is processional in terms of events. Breakout is fun (smashing boxes to score points) and Pace Setter is a race against the clock (and yourself), but there’s not much more variety than that.

So, it’s good that Slightly Mad Studios have racing in their bones. Forget the dash or chase cams and stick to the cockpit view. Slightly Mad’s reputation for crafting excellent cockpit experiences continues here, with the car lurching forward as you brake, or the feeling of being buffeted by another car. It’s excellent. 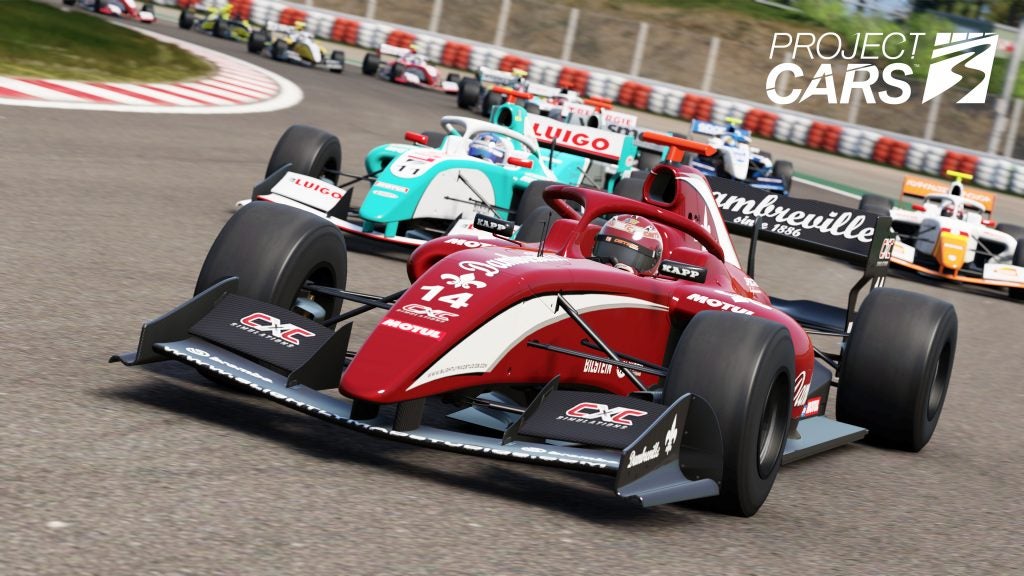 As is their choice of circuits taking in views from America, Asia and Europe. You’ll be racing around the Nürburgring, Oschersleben and Sonoma, or in the streets of Tuscany and Shanghai, and they’re well realised. Speeding around Sonoma and you find yourself peeking over the dashboard to see the next rise or change in camber. When it’s just you against the track, Project Cars 3 comes alive.

But it’s a shame the game doesn’t always look good. Even though the changeable weather feature adds variety, the base PS4 version was prone to some drab visuals, graphical glitches, slowdown and some ugly motion blur (especially around Brands Hatch’s Druids Corner). PC, PS4 Pro and Xbox One X versions are the ones to get for increased visual fidelity before the inevitable next-gen versions.

Multiplayer is split into Quick Play, Scheduled Event and Custom Lobby. Quick Play is exactly what it sounds like, and Scheduled Event sees races every twenty minutes that you can sign up and qualify for. There’s also Rivals, which pits you against drivers of similar talent in daily, weekly and monthly events; racing against ghosts of other drivers to beat their times and increase your rank. 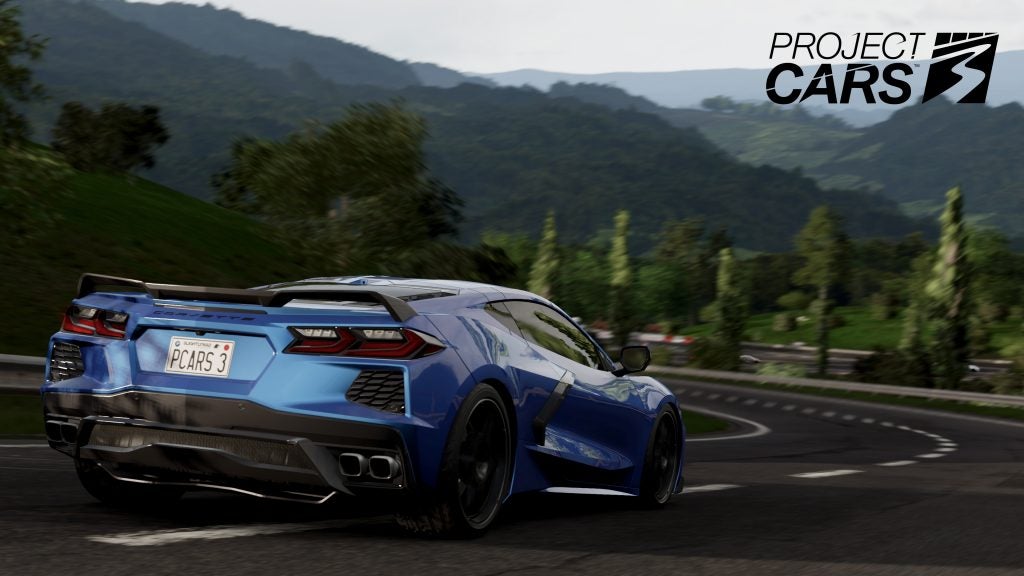 Should you buy Project Cars 3?

Though it has ditched its simulation origins, which may annoy those looking for a serious take. And the slow progression to the less than stellar visuals on the PS4 version dampen its appeal slightly.

Despite that, it’s a game I find myself returning to. Get through the shoddier aspects and Project Cars 3 is an enjoyable racer.