Exclusive to Nintendo 3DS family
Playing Pokémon Omega Ruby and Alpha Sapphire is like being enveloped in a cosy blanket and cradling a mug of hot chocolate. It evokes just the right amount of nostalgia for 2002’s original Pokémon Sapphire and Ruby, but thankfully has a host of fresh features and a new 3D perspective to give it the 2014 paintjob.

The Pokémon Sapphire and Ruby pairing was originally released as the third instalment in the series, and eventually turned out to be the best-selling Game Boy Advance game ever. 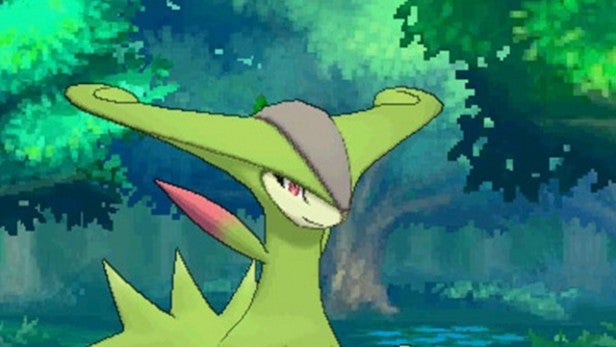 Like every other Pokémon game, Ruby and Sapphire follow the tried-and-tested formula of journeying across the Hoenn country to capture Pokémon and challenge the eight Gym Leaders and eventually taking on the Elite Four.

Of course, you’ll also have to contend with the group of baddies who are trying to take over Hoenn and capture the legendary Pokémon. This is Team Magma for Ruby or Team Aqua for the Sapphire alternative, depending on which you’ve bought.

There are a number of reasons why Nintendo chose Ruby and Sapphire as the first of the early Pokémon games to be given the new 3D update. The games introduced abilities, which are Pokémon qualities that affect battle; natures for affecting stat development; and double battles. Hoenn also offered a lot of landscape variety and even had different weather systems for specific areas of the map.

Back in 2002 Ruby and Sapphire felt like a huge revolution for the Pokémon series, and even though you’re playing the same game with Omega Ruby and Alpha Sapphire, it still feels like a reinvention.

For starters, although the main layout from the original games stays the same, Omega Ruby and Alpha Sapphire will let you see everything in 3D and from different angles than before. It helps make the game feel brand new, and we often at times forgot that this is a revamp of an older game. 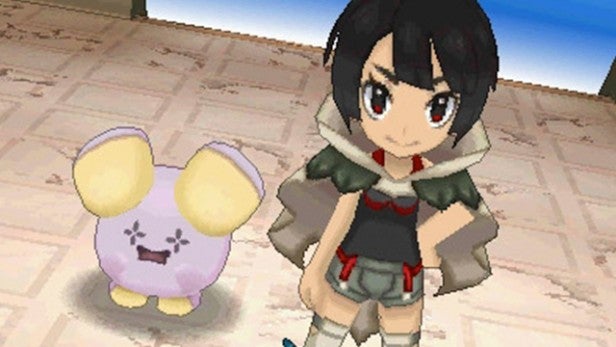 The scenery looks rich and inviting, while some of the cities have been made far bigger and more immersive. Take Mauville City, for example. Previously it was very small and pretty much only had the bike shop in it. But now it’s full to the brim with small shops, NPCs and Pokémon to interact with.

That’s also partially helped by the fact there’s far more Pokémon to capture and train than in the original games. In fact, there’s actually over 700 of the critters to fill your boxes and your Pokedex.

A new part of the Omega Ruby and Alpha Saphire UI is the fact you have different app services at your disposal, including some from Pokémon X and Y such as Pokémon Anime, Super Training and the Player Search System. Our particular favourite, and definitely one for the collector fanatics, is the DexNav. It’s a new Pokémon search feature that highlights all the available Pokémon to catch in a specific area and will also give you a buzz when there are rather special wild Pokémon to be found. 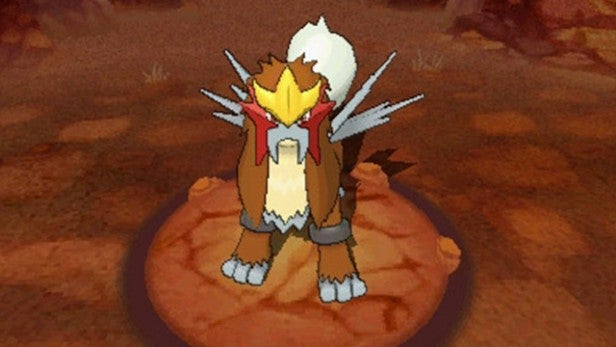 If you have the DexNav up on screen, you’ll be pinged with a PokeBall symbol that lets you know there’s a Pokémon nearby that has special abilities, rare moves or other features that might make you want to have it in your team. You’ll see said Pokémon’s ears or tail poking out of the grass (or other slightly lush scenery) and you’ll only have the opportunity to catch him (or her) if you sneak up on them by moving slowly with the analogue stick.

Sometimes using this technique you might even find Pokémon with rare “egg moves”, which are moves you’d usually only get by breeding Pokémon.

Contests from the original Ruby and Sapphire also make a welcome return in the Alpha and Omega versions. They still utilise your Pokémon’s moves to put on a show in areas like cleverness, cuteness or coolness, but this time they’ve been given more of a Japanese pop-idol feel thanks to new character Lisia. She and her Altaria, Ali, will take the female trainer at least under her wing to take you through contests and how they function.

But, even if this doesn’t interest you, we recommend completing at least one contest, just for the awesome Cosplay Pikachu you get gifted at the end. Later on you’ll be able to change Pikachu’s costume and get her a new associated move. It might not be Surfing Pikachu, but Cosplay Pikachu is absolutely awesome, especially in the Cool outfit. 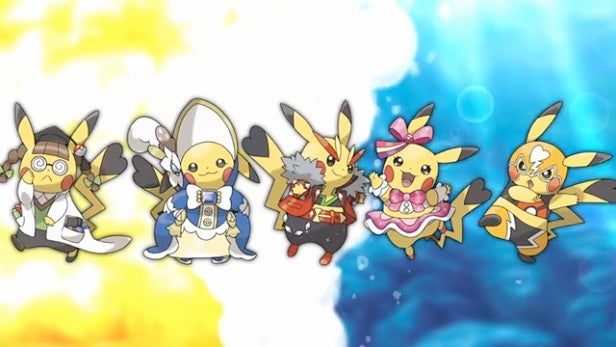 Pokémon Omega Ruby and Alpha Sapphire certainly have the feel of a traditional Pokémon game. You collect a team of six Pokémon, with any others you catch transferred to a computer box. You’ll need to train your team up to face the various battles, using their strengths, abilities and moves to overcome enemy Pokémon.

There’s always been a strong element of strategy in the Pokémon series, and Omega Ruby and Alpha Sapphire are more of the same.

Another thing that’s different from the original games is the fact that they get a few features from the latest Pokémon X and Y games. The main addition is the Mega Evolutions, which let you temporarily evolve your Pokémon into a superior form with more powerful moves. You’ll find the Mega Evolution stones littered around Hoenn, to power up selected members of the game’s Pokémon cast.

But something that’s unique to Omega Ruby and Alpha Sapphire is the fact this also works the other way. The new games introduce the concept of primal reversion. There may not be many Pokémon that can undergo the primal treatment, but you’ll be introduced to them by Team Magma and Team Aqua. With such a focus on fossils throughout the games, it feels a fitting addition for these primal versions of Pokémon to be included. 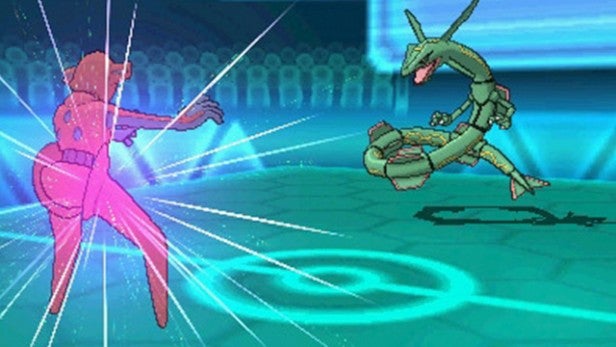 Alpha Sapphire and Omega Ruby aren’t without their issues, though. There’s still the age-old problem of HMs, for example. HMs are permanent Pokémon moves that are needed to progress through certain areas of Hoenn. The original games had eight HMs to collect, but thankfully Omega Ruby and Alpha Sapphire have done away with the irritating Flash, so there’s only seven.

The oh-so-hard-to-get-rid-of HMs can become a bane to an otherwise powerful Pokémon. It wouldn’t matter if you needed to have one or two, but when you need to really have access to all seven, it becomes a huge inconvenience that can come at the detriment of your team.

Plus, we also think the Hoenn region is still water-heavy. There’s three water-related HMs, for example – Surf, Waterfall and Dive – which we believe could be combined into one HM and be done with it. A huge part of the map is also water, meaning it’s locked out until you’ve picked up the Surf HM.

Verdict
For those who are loyal Pokémon enthusiasts, Pokémon Omega Ruby and Alpha Sapphire are definitely a welcome bite of the nostalgia pie. The new features make them feel fresh and in some places like totally different games to the originals.

However, it’s a shame that not all the irritants of old could be fixed in the revamped versions.