Warwick Davies is a small man – he stands just  3ft 6inch tall – but he’s had a big career appearing in a whole load of blockbuster movies including Return of the Jedi, Harry Potter I and II and, eh, the Leprechaun film series. He’s even recently starred in his own sitcom called Life’s Too short, and now he’s got his own app.

PocketWarwick is sort of like a Tamogotchi for your iPhone or iPad, with career elements from his Life’s Too Short sitcom mixed in to try to keep things interesting. 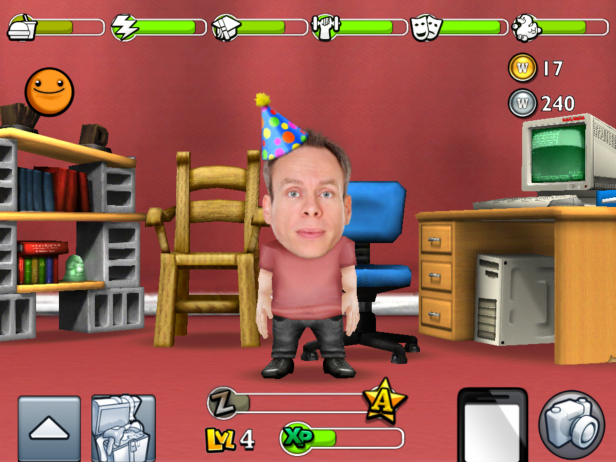 Across the top of the screen there are bars showing his current levels for stuff like hunger, IQ, fitness, entertainment and hygiene, which you have to try to keep topped up so he’s ready to accept jobs as they come up. You do this by selecting different activities from a sub menu at the bottom left hand corner of the screen. For example, select gym and he’ll be equipped with gym gear such as a skipping rope. As he skips his fitness levels will go up, but his hygiene level will go down, so you’ll next have to switch to the shower to up his hygiene levels again. 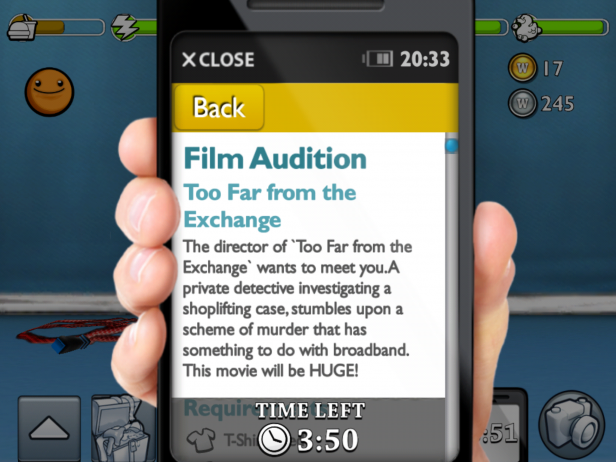 Jobs arrive from his agent via emails on his phone. Each job has certain requirements in terms of clothing he needs to wear, books or scripts he has to read and levels he needs to be at in terms of stuff like IQ and hunger. When you accept a gig you have limited time in which to equip him with the necessary clothing and to match his levels to those required.

Jobs range from radio interviews to auditions for blockbuster movies and when you complete a job successfully you get rewarded with coins or royalties, which in turn need to be swapped to buy stuff like clothes and food. The whole aim of the game is to move Warwik up from being a Z-lister up to an A-list movie star and to do this you need to keep him not just fit, healthy and happy, but also rich so you can buy the necessary gear needed for future jobs. The game is free, but obviously you can make in-app purchases with real life cash to quicken your progress through the game. To be fair though, it’s not overly weighted towards these in-app purchases and we found we could happily play it without needing to constantly reach for our wallet. 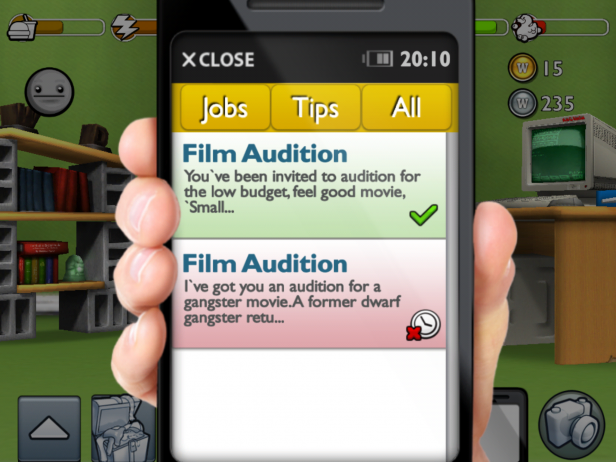 There’s some nice humour in the game, both in terms of the things that Warwick says when he’s wittering away at you from his couch, bed or living room and in the descriptions of the various jobs that appear in his inbox.

However, the game becomes very samey after a coupe of hours play, as essentially it reduces to a tread mill of accepting a job, buying and equipping him with the necessary clothes, reading a book or script and then actually going to the job. The fact that you never see him at the job, but instead only get a reward screen showing you the amount of cash or royalties you’ve gained, also increases the boredom factor somewhat. 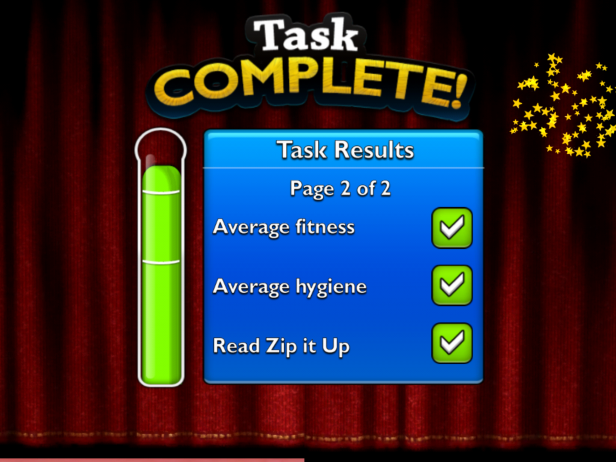 PocketWarwick is an interesting idea for a celebrity endorsed game and has some nice humorous touches. However, the novelty soon wears off and becomes a bit boring and repetitive the more you play it.