There are some things, some concepts, that can only exist in the world of video games. It’s hard to imagine even the most successful Hollywood director selling the idea of a UFO zapping the clothes off dancing folk dressed up as various types of cattle as the planet they’re stood on spins around in time with a reggae beat. Hell, it’d be a tough enough sell for a Nicki Minaj video.

However, when it comes to games, players are used to not batting an eyelid when such a concept becomes the nucleus for a frighteningly addictive video game. Planet Quest is rhythm action by definition, but its dressing smacks of pure eccentricity, tasking you with ridding a series of worlds of folk dancing around in the kind of costumes that’d be more suited to a stag night in Newcastle. The game’s big challenge, of course, is that such purification has to take place in time with the music. 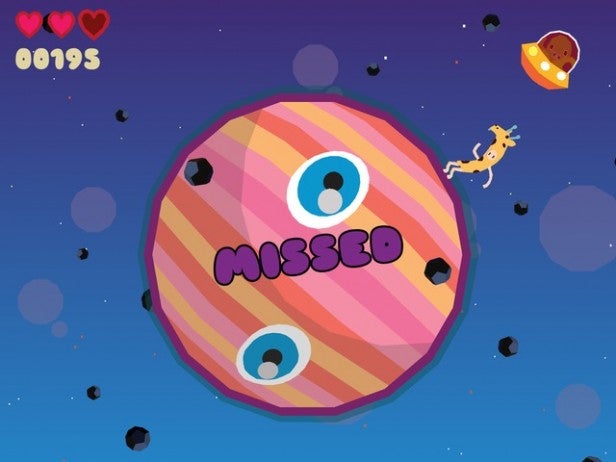 And what music it is. Sitting somewhere between the kind of tracks you might expect to find in an old school Mario or Sonic level and an early 1990s ringtone, Planet Quest’s music covers everything from pop to reggae, but all in an upbeat electro style. To this beat pop up a series of characters for you to take down with the laser emanating out of your space craft, hovering above the ever rotating planet’s surface and triggered by a simple tap of the screen. The aforementioned cattle-clad characters are to be targeted, but girls dressed up as a flowers – who also spring up at random in time with the music – are to be avoided.

If all that sounds a little complicated, then Planet Quest sounds a lot simpler when you boil it down to its core principles: Targets have to be taken out in time with the music, with the game rating each contact and awarding points accordingly. With three lives for every stage, it’s generally a question of how long you’ll last rather than completion, with Planet Quest taking no prisoners when it comes to difficulty. 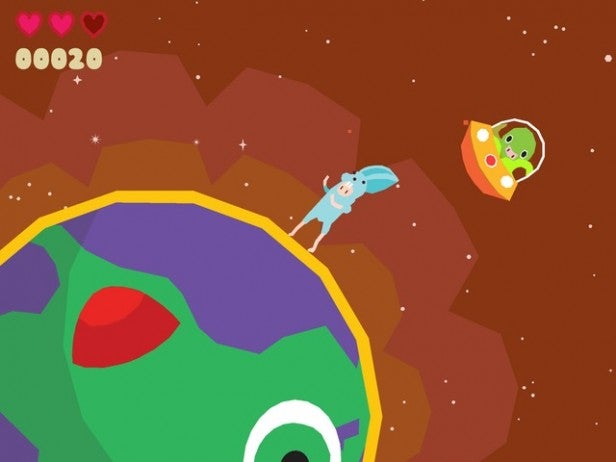 Some stages are undoubtedly more tricky than others, with songs with a slower BPM naturally offering a easier route in than others, but – even at its most hectic – Planet Quest does try and give you a helping hand: Some targets are planted well in advance, dropping onto the planet’s surface in the exact same rhythm you’re expected to take them down in just seconds later. Others pop up more suddenly, with Planet Quest constantly mixing up the formula to keep you on your toes.

Either way, a ‘perfect’ tap will see your target wiped clean from the planet, whereas an ‘OK’ hit will simply remove their costume. Miss them entirely or take a shot at any of the flower girls, and the screen will flash red, and you’ll more than likely be mere seconds from game over. 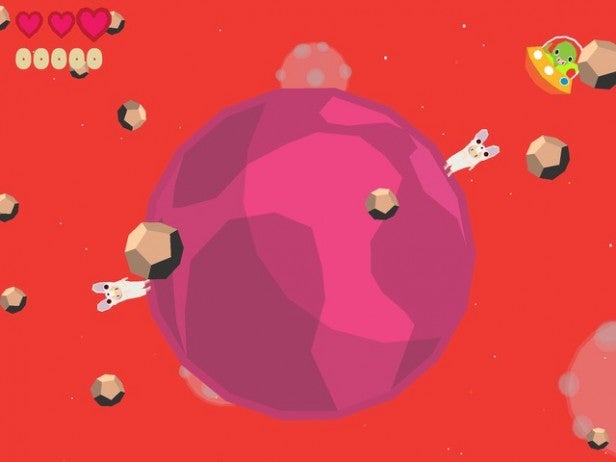 Add to that its trait for zooming out to make the planet’s surface appear like little more than a speck in the middle of your screen, and you’ve got the ingredients for a whole lot of mania. However, while some of the stages may last mere seconds as a result – Planet Quest offering a judgement on your performance at the end of each stage as well as a score – the game never frustrates, thanks in part to the whimsical world play takes place in. It’s simply impossible to play Planet Quest without smiling, regardless of your own success or failure.

That’s quite a trick to pull off, especially when you consider Planet Quest launches into a market that, by and large, moved on from rhythm action quite some time ago. Despite this, developer OutOfTheBit has manage to inject some funk back into the genre, serving up the kind of beat that stays in your head throughout the day, drawing you back in whenever you have 30 seconds to spare. When it comes to mobile gaming, you can’t really ask for more than that.

Verdict
As engaging as it is endearing, games of Planet Quest may only last a few seconds – its take on the rhythm action genre feeling especially harsh, at times – but this is a game designed to put a smile on your face, coaxing you into playing during any spare moment and rewarding you with a stack of happiness as a result.