The large number of soundbars we’ve tested over the last few months is an indication of the growing appetite for these clutter free, convenient home cinema solutions. JBL, Panasonic, Samsung, Orbitsound, B&W, Toshiba and Roth have all thrown their hats in the ring, but now it’s Philips’s turn to show off its skills with the affordably-priced HTL5120. The beauty of this bar is that there’s even less clutter than usual thanks to an integrated active subwoofer.

Looks play a big part in the success of any soundbar, and here Philips has fashioned an absolute stunner. The Philips HTL5120 is curvy, elegant and slim, with a ‘wing-shaped’ profile that makes it look like no other soundbar on the market. When placed on a tabletop it lies nice and low, but it can also be wall-mounted – a built in orientation sensor detects which way it’s installed and optimises the sound accordingly.

Not only does it look gorgeous, but up-close inspection reveals beautiful build quality – a silky black cloth covers the entire unit, while a brushed silver panel on the front and glossy ported end panels bring a touch of class. Its solid construction is far better than we’d expect for the money.

That silver panel on the front is printed with the names of the inputs and sound modes, with little white lights above it indicating which ones are selected. This row of lights also displays the volume, bass and treble levels when you turn them up or down. It’s a shame Philips couldn’t have squeezed in an LED display, which would have made everything less cryptic, but this arguably could have spoiled the classy look. 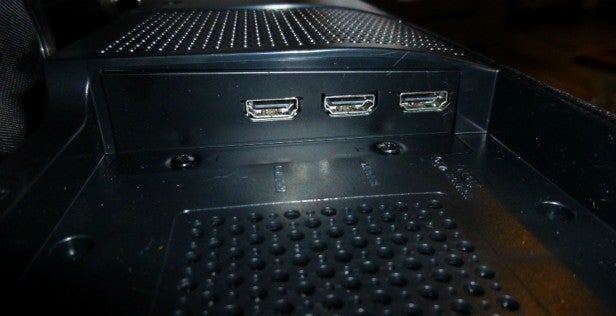 All of the connections are found on the underside of the unit (or the back, depending on which way up you have it) and there’s a very generous selection. You get two HDMI v1.4 inputs, allowing you to channel two external sources through the unit (a Blu-ray deck and TV receiver, for example) as well as an ARC-compatible output.

Joining these are optical and coaxial digital audio inputs, analogue stereo input and a 3.5mm mini jack on the back edge for MP3 players (labelled ‘Music Link’). Some pricier soundbars such as the Panasonic SU-HTB527 offer fewer connections, underlining how generous Philips’s selection actually is.

But even better news is that the HTL5120 comes equipped with built-in Bluetooth, making it a cinch to stream music from mobile phones, laptops and other portable devices – again something that the Panasonic SU-HTB527 lacks. This could be a real clincher for those who listen to music as much as they watch movies, but don’t want a separate audio system. There’s no USB port, though. 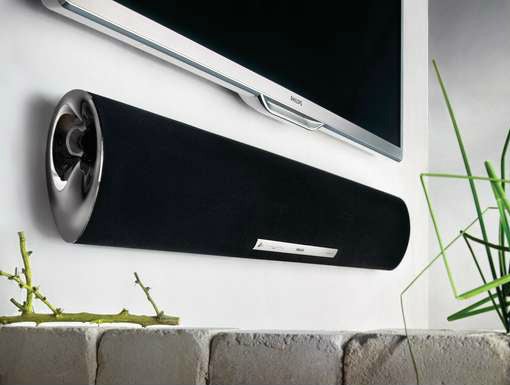 The Philips HTL5120 features Virtual Surround Sound, which uses spatial algorithms to replicate to effect of a 5.1 system – the idea being that you get an expansive soundstage without the need for surround speakers. It’s joined by a Double Bass mode, to boost low frequencies from the built-in sub. There are also dedicated treble and bass controls, FullSound, and the self-explanatory Auto Volume Leveller.

Overall power output is quoted as 120W, pumped into the room by a 4-inch woofer and 1-inch tweeter at each end of the soundbar. On board decoding for Dolby Digital and DTS allows you to feed a bitstream directly into the unit via HDMI or digital input. There’s no HD audio decoding but it’s not essential.