The Philips 55PFL8008 explodes out of the gates with one of the most dynamic, rich, crisp and attention-seeking (in a good way) pictures seen this year.

Colours play a big part in the 55PFL8008’s success. Its palette is just irresistible, thanks to the combination of an extremely wide colour range, outstanding colour blend finesse for a non-4K TV and a startlingly extreme brightness output that helps give colours an almost luminous quality.

The exceptional vibrancy of the 55PFL8008’s pictures is merely exaggerated, moreover, by the fact that their colour and brightness together with the supporting Ambilight effect are coming from such an incredibly narrow bezel. That so much brightness and colour can come from so small a space beggars belief. 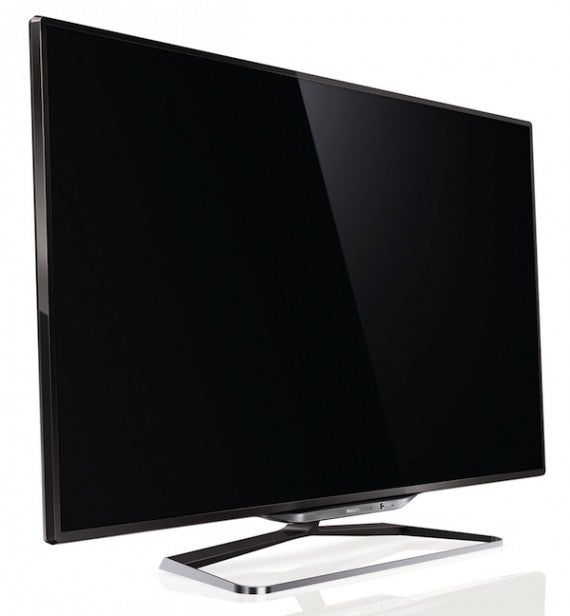 The Philips 55PFL8008 also deserves major kudos for the sharpness of its HD pictures. The level of precision and detail it delivers is as high as we’ve ever seen from a non-4K TV. What’s more, with 2D this sense of precision scarcely drops at all when the TV is asked to handle lots of motion in a scene – even if you don’t use the provided motion processing.

It’s possible – as noted in the set up section – to reduce the picture’s intense clarity by using the noise reduction circuits. But in their relatively ‘natural’ state, HD pictures really do look pristine.

The intensity of the 55PFL8008’s colours raises expectations of a strong contrast performance, and switching to a selection of dark content quickly confirms that Philips’ screen is indeed capable of serving up an extremely impressive black level performance.

The darkest parts of pictures really do look more or less black on a well-calibrated Philips 55PFL8008, with only marginal evidence of the greyness associated with the way LCD TVs have to rely on ‘external’ light sources rather than each pixel producing its own luminance level. It was also a relief to note that there’s hardly any backlight clouding or inconsistency on the 55PFL8008 despite its relatively large screen size and the extreme potency of its lighting. 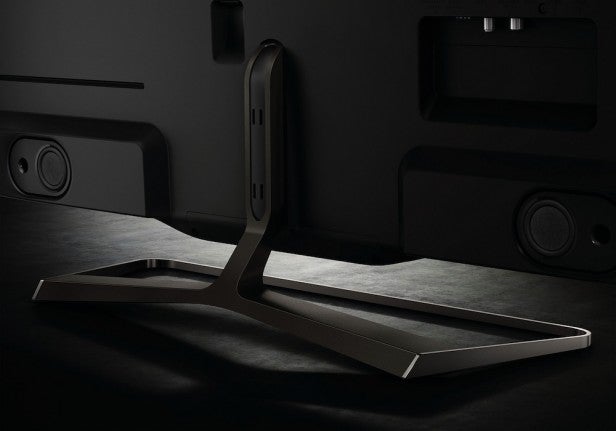 The quality of the 55PFL8008’s light handling and image management can also be seen in the superb contrast on show during scenes that contain a stark mix of bright and dark content. There’s a subtlety in the way light transitions from light to dark that’s rare indeed on an edge LED TV, which makes the image look more believable and more balanced as you’re not always finding your attention drawn by just the bright parts of the image, as can happen with less able edge LED models.

It must be said that you have to work quite hard to get the optimum contrast – or at least, black level depth – out of the 55PFL8008, by manipulating the dynamic backlight, brightness, video contrast and gamma settings until you’ve more or less disposed of any greyness in black areas without crushing out too much shadow detail. However, the bottom line is that the Philips 55PFL8008 really is capable of delivering a superb black level response without excessively compromising too heavily the set’s spectacular brightness.

Aside from a rather limited viewing angle, there’s nothing much bad we can find to say about the 55PFL8008’s HD pictures so long as you’ve done the necessary work to optimise contrast and tone down the processing excesses. And actually, the same situation applies to its standard definition pictures too.

It’s possible to leave these looking rather noisy if you try to inject too much sharpness into the upscaling process, and very low-quality standard definition broadcasts generally benefit from some gentle MPEG noise reduction. But unlike some rivals, the 55PFL8008 upscales standard definition with no loss of colour potency, and without losing the sense of extreme contrast noted with HD.

Used as the main TV for the review period
Tested for more than a week
Tested using industry calibrated tools, discs and with real world use
Tested with broadcast content (HD/SD), video streams and demo discs
Previous
Philips 55PFL8008 Review Next
3D, Sound and Conclusions Review