The sense of sharpness and detail that’s a feature of the 55PFL8008’s 2D performance translates admirably to 3D, doing an excellent job of reminding us of the active 3D system’s resolution benefit over its passive rival.

The TV’s extreme colour punch and brightness also pays off handsomely with 3D, enabling the images to avoid the rather dull, muted look witnessed on some active 3D sets.

There’s a bit of motion judder around unless you call in the Perfect Natural Motion processing. But you only need the lowest power level of this system to enjoy great improvements, and at this level the picture still looks natural and movie-like rather than processed and overly fluid.

The sense of depth in the 3D landscape is impressive too, thanks to the
set’s combination of rich contrast and extreme sharpness.

There
is still room for Philips too improve its 3D performance, though. First,
Philips’ 3D pictures continue to suffer a little more with crosstalk
ghosting noise than we’d ideally like. Second, due to the panel working
harder in 3D mode, there’s some evidence of backlight inconsistency in
the image’s corners when watching dark scenes. 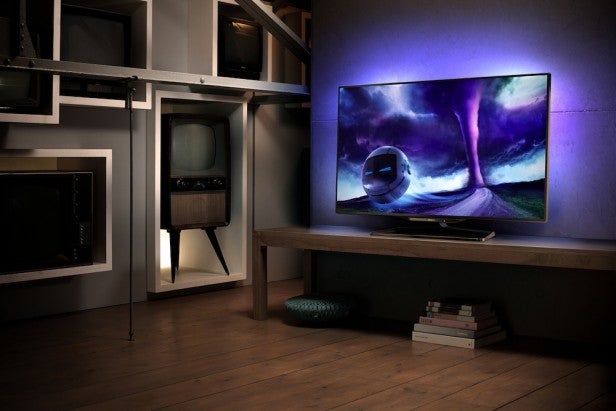 Thanks to its use of rear-mounted woofers the Philips 55PFL8008 is a much better audio performer from a TV with such an exceptionally skinny body.

The soundstage spreads far beyond the TV frame, and is propelled by a surprisingly potent amount of raw power and volume. There’s even a passable amount of bass to increase the authenticity of action scenes.

The sound can still become a bit muddy under extreme duress, but this only happens if you’ve gone much louder than most households will probably be able to sustain.

The dynamism and sharpness of the Philips 55PFL8008 make it a potentially awesome gaming display. So it’s slightly disappointing to find it suffering a higher than average input lag figure of around 60ms. That’s roughly double that of many flat TVs and is high enough to have a negative impact on your performance with games based around timing or response speed. 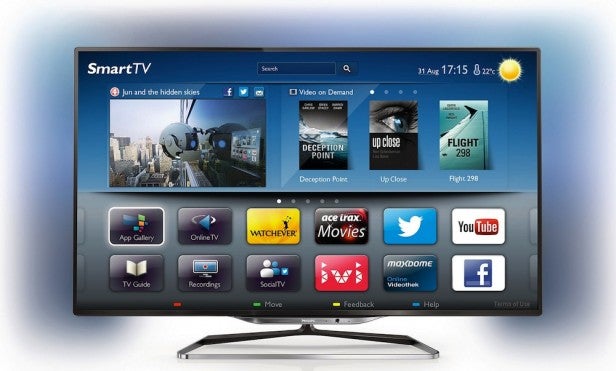 Unless you’re after a truly comprehensive smart TV offering or you’re a die-hard gamer, the Philips 55PFL8008 should definitely be sitting high on any high-end TV audition list. Its bodywork is drop-dead gorgeous and beautifully constructed, while its picture quality is nothing short of spectacular for most of the time, putting it comfortably in the same league as the Sony 55W905A and Samsung UE55F8000.

Aside from not having as much online content as some rivals, the Philips 55PFL8008 is a premium TV in every way, capable of producing stellar picture quality and looking mighty fine while it’s doing it.