Setting up the Philips 258B6QJEB takes a little more effort than some competitors. In the main this results from the stand needing to be screwed onto the display (via a standard 100mm VESA screw arrangement) and there being no clips or retaining pins to hold it in place while you do this. At least the screws are held captive on the stand, so you won’t lose them.

Out of the box the display is set to maximum brightness, so you’ll instantly want to jump into the on-screen display (OSD) to configure it. Here, too, the Philips 258B6QJEB trails some competitors for ease of use.

The overall layout of the settings and the touch-buttons used to control it are clear enough. However, there is no on-screen indicator to show which button does what, and since they’re not backlit and only labelled in a quite dark shade of grey, it’s too easy to accidentally press the wrong button. 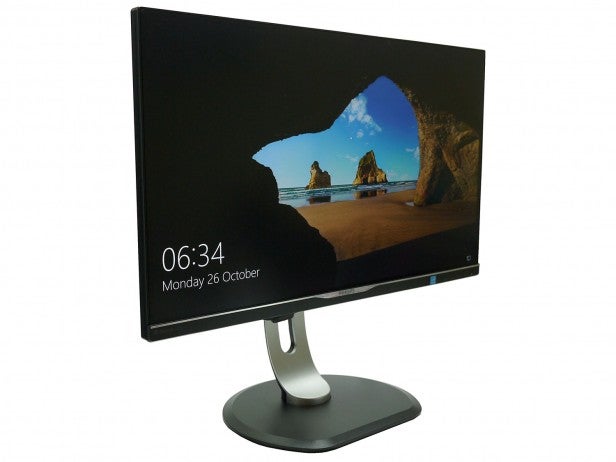 These slight frustrations aside, the OSD is okay to navigate. There aren’t too many unnecessary extra modes to add clutter, and it should take no time at all to set up the monitor just as you like.

Out of the box, maximum brightness measured a whopping 400 nits. That’s double what we’d recommend – but at least it ensures this display will be up to the task in mid-summer sun.

The Philips 258B6QJEB really shows what it’s capable of once brightness is reduced to 40% (219 nits). With a black level of just 0.16 nits, this display has an impressive 1,200:1 contrast ratio that ensures it can look both dazzling and suitably inky black at the same time.

Colour accuracy is also spot on. That selected 6,500K colour temperature comes out as 6,820K when tested with a colorimeter, which is close enough for the sort of tasks this monitor will be used for. The Philips also boasts 99.0 sRGB colour space coverage and a mighty impressive Delta E (fine colour gradation) of just 0.09 – close to the best I’ve ever tested. 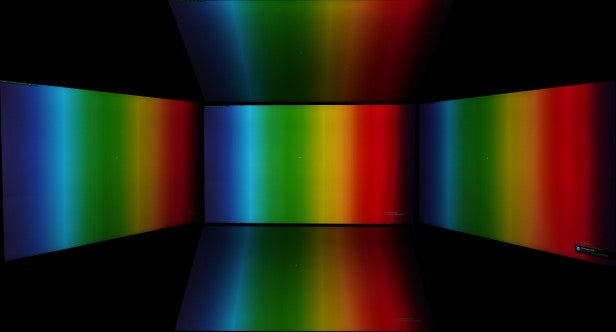 Screen uniformity is also pretty good, with a maximum -6.41% drop in brightness in one of the corners of the display and at most a -2.53% drop in the colour temperature too.

All of this adds up to a display that simply looks superb, whether working in Word or watching War of the Worlds. 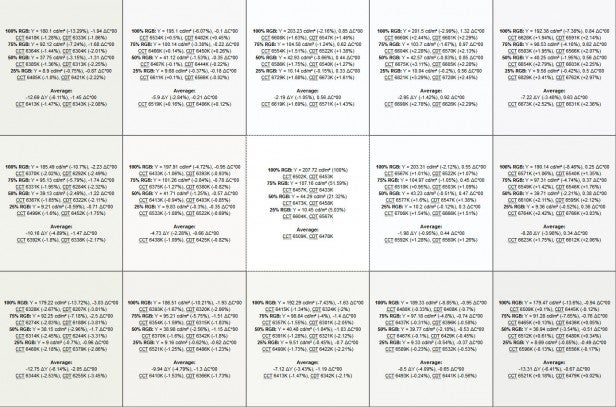 However, it isn’t a totally clean bill of health. For a start, input lag is a little higher than I’d like, averaging out at 26ms. I consider 32ms (two whole frames on a 60Hz panel) to be the tipping point, where input lag really becomes a concern when playing fast-paced games. There isn’t a gaming mode to quicken it up either. Although the Philips with suffice for the majority of gaming situations, but for those occasions when you really want to get competitive, it won’t be the best choice.

However, at 25in – with 118ppi or a pixel pitch of 0.216mm – that resolution makes everything looks a little small.

That means some users may feel the need to use Windows’ scaling function to change the size of text, apps and icons. Remember, compatible apps such as Photoshop and video players still allow you to take full advantage of the higher resolution.

However, scaling to the 25% increase required here results in items onscreen looking slightly blurry, to the point I’d recommend just getting a 27in monitor instead.

That said, those with good eyesight will cope just fine when using the display at its native resolution. I’d suggest popping to a retailer to try out a couple of monitors with the same screen size and resolution in order to judge for yourself. 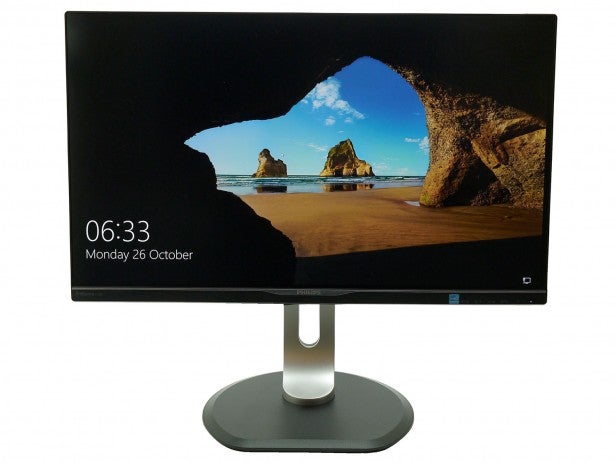 Should I buy the Philips 258B6QJEB?

There’s plenty to like about the Philips 258B6QJEB. It’s stylish and has those lovely slim borders round its screen, while image quality is about as good as you’ll need without stepping up to a professional Adobe RGB-capable model.

Add to this the inclusion of a full complement of ergonomic adjustments, a decent selection of inputs, built-in speakers, a headphone output and a four-port USB hub and you have a display that will suit many a workplace or home.

However, serious gamers won’t be impressed by the 26ms input lag, lack of a high refresh rate and either FreeSync of G-Sync. In addition, unless you have particularly sharp eyesight, the high pixels per inch of this display mean that you may be better off with a 27in equivalent.

Most importantly, though, is the Philips 258B6QJEB’s £310 price. This is in line with most of its competitors, except one: the Dell U2515H, which can be found for less than £250. With the latter sporting a near-identical feature set and a smarter design – particularly the rear – I’d opt for that model instead.

The Philips 258B6QJEB is a great premium monitor suitable for both home and work. However, its combination of screen size and resolution may not suit some – and currently, it’s massively undercut on price by the near-identical Dell U2515H.