What is the Philips 258B6QJEB?

The Philips 258B6QJEB is a premium 25-inch monitor primarily aimed at the business market, but which will also be ideal for many a home too. It sports a stylish design with very slim borders round the display and an edge-to-edge front panel.

Inside it packs an IPS LCD panel with a 2,560 x 1,440 pixel resolution, offering good viewing angles and overall image quality. A broad selection of inputs, built-in speakers and a USB hub make the Philips 258B6QJEB versatile too.

At £300, the Philips 258B6QJEB is a clear step up from the entry-level monitors of this size and resolution but it largely has the goods to justify the premium.

The 258B6QJEB is a great-looking monitor that uses a couple of key features to make it stand out from the crowd.

Most obvious are its super-slim bezels – at only 8.5mm, they’re significantly slender when compared to the typical 20mm plus width. The front panel of plastic also stretches over those bezels to come within just 3mm of the very edge of the frame. 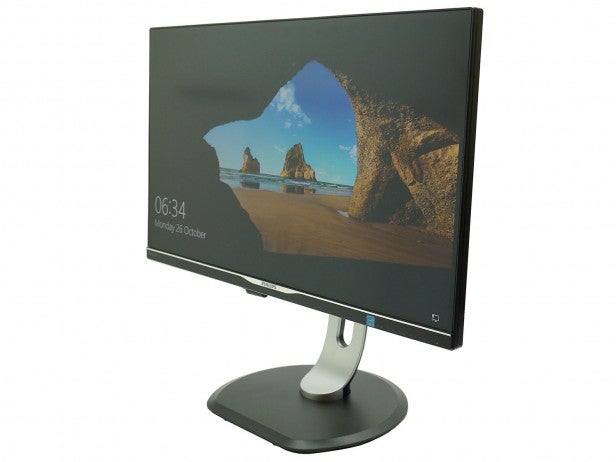 This creates the illusion of the edge being even slimmer. When the monitor is turned off, you see only that tiny 3mm strip round the edges. It’s a neat design that instantly makes other displays look chunky and archaic in comparison.

More contentious is the addition of a strip of brushed metal-effect plastic that runs under the screen, and the silver-painted upright to the stand. Both could easily cross over into being seen as tacky, but I think Philips has just about managed to avoid this; overall, this is a nice-looking display. 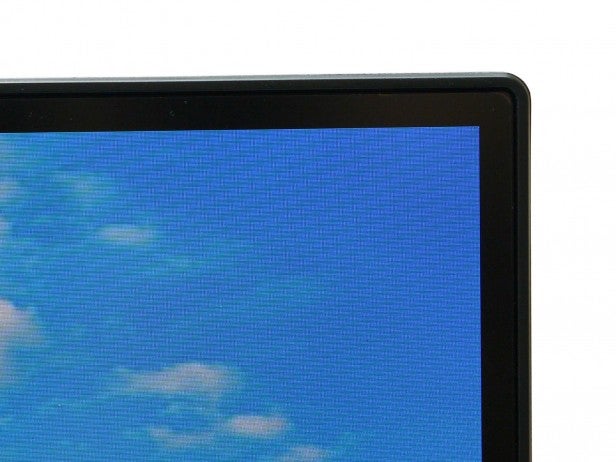 At least that’s the case when viewed from the front. From the rear the Philips 258B6QJEB is much more utilitarian. It has a plain-looking flat back and raised rectangular section that houses all the connectivity and other electronics. It’s certainly a far cry from the rounded back and connectivity cover of the Dell UltraSharp UP2715K or U2515H, for example.

Nonetheless, the Philips 258B6QJEB remains a smart-looking display that’s a step up from you’re bog-standard monitor.

The stand is also excellent, supporting height adjustment of up to 130mm, a 90-degree pivot plus swivel and tilt options too. All the movements are a touch stiff, but can still be performed pretty easily. 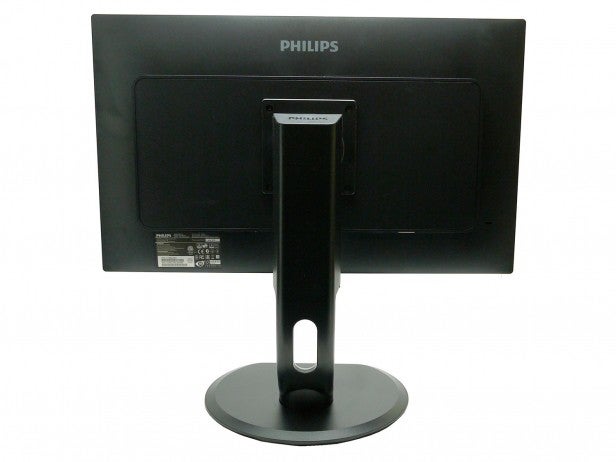 While the rear of the display may not look all that attractive, it certainly packs in a decent selection of features. Although only one of each display input is included, you get a wide variety with HDMI, DisplayPort, DVI and VGA all accounted for.

Also included is a four-port USB hub that has two USB 2.0 ports and two USB 3.0 ports, one of which complies with the BC 1.2 standard for charging devices while the monitor is in standby. All the ports are situated on the right edge – as you face the screen – where they’re easy to reach. Determining one port from the next isn’t so easy – but at least they’re not jumbled up among all the display inputs, as is the case on some monitors.

Built-in speakers are present, which is far from a given for this sort of monitor. Sound can be ported via a stereo jack input or pulled from the HDMI signal, and as well as the speakers you can plug in headphones. 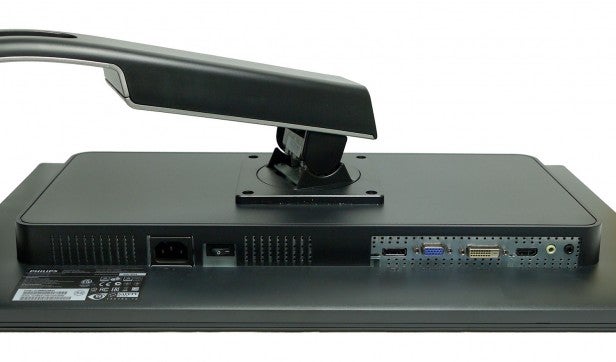 Sound quality from the speakers is weak and tinny, and only really serves for very light background listening and watching video clips. For anything more demanding the headphone jack is your best bet. Although the amp and DACs probably aren’t the finest known to man, the signal is at least noise-free and fine for casual listening.

As for the display itself, it uses an LG-made AH-IPS panel, which will immediately be a step up from cheaper TN models that suffer poor viewing angles. It also claims a decent 1,000:1 contrast ratio, high 350 nits maximum brightness, a standard 16.7M colours (this is not an ultra-accurate professional imaging display), 14ms grey-to-grey response time, and it uses flicker-free backlight brightness adjustment.

It all adds up to a display that should provide good overall image quality and be a good step up from cheaper alternatives.