PES barged itself back into the discussion last year, standing shoulder-to-shoulder with FIFA as a genuine contender for the year’s best footie game. Konami delivered a huge overhaul that delighted long-standing fans who waited years for the series’ return to form. PES 2018 continues the developers push to win back fans, but sadly offers small steps rather than giant leaps in gameplay. As a result, while the football on the pitch is sublime, elements off it remain in dire need of fixing.

PES continues to play a beautiful game of football. The sheer fluidity of play as you move the ball up the pitch with sleek passing moves is such a joy to watch – I’ve created more video highlight reels than anybody will ever care to watch.

PES excels in subtlety, those little moments that in the grand scheme of things don’t mean much, but they really help sell a sense of realism. The first time you see Paul Pogba jostling in the middle of the park as he sprints through two defenders, putting his arms out to create space, or watch Neymar effortlessly bring the ball down on his chest, sprint down the wing and cross with a rabona, you’ll feel all warm and tingly inside. There was a moment where, as Manchester United, I chipped the ball over the goalkeeper, and Zlatan Ibrahimovic began celebrating before the ball crossed the line. It’s these little moments which create an incredibly well-rounded feel to the matches. The sheer number of player animations is unrivalled, and makes matches beautiful to watch. 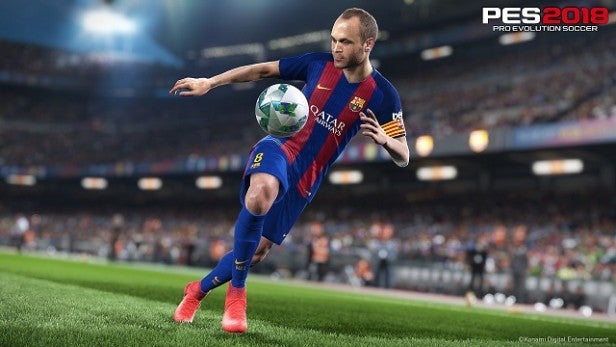 This, however, can serve as a blessing and a curse, particularly this year. PES takes into account player stats, and you really feel who you’re controlling at any one time. Last year, players like Marouane Fellaini became legends thanks to their insurmountable strength, making them almost impossible to dispossess. This year, it’s the turn of the midfield maestros, the Luka Modric’s and Mesut Ozil’s of this world who can find a pass between two defenders to free your strikers. But the problem this creates is the huge disparity between the world class and the simply great, especially when it comes to through balls, with lobbed passes still feeling overpowered, especially when getting behind the defensive line.

Again as Manchester United, everything had to go through Paul Pogba. Every pass between midfield and the forward line had to be his, he’s simply that much better. But at times this feels unbalanced, where the likes of Ander Herrera and Anthony Martial are incapable of making a simple five-yard through ball. There were many times an attack would break down thanks to an under-hit simple pass, but one that felt like, in real football, this player could make in their sleep. It feels like there’s a need to tweak the balance between making stars shine but not to the detriment of other players.

The new physicality system can also be hit and miss. PES, unlike FIFA, has a very simple control scheme, that makes it a little too easy for the player to pull off something remarkable on the pitch. This has always been a good thing, that makes the game feel accessible, but the new jostling system makes me wish I had greater control at times. 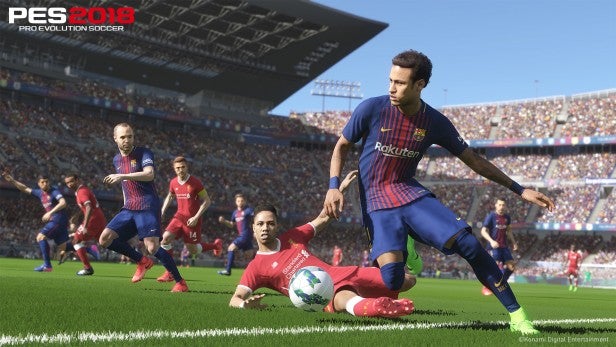 The way it works is, when an attacker and defender run side-by-side, they will naturally tussle and fight for position while trying to win the ball. It looks great, but if you’re the weaker player, trying to win the ball or fend of a defender can be frustrating. It can be really hard to force your body between defender and ball without completely turning backwards, killing the momentum of an attack. More often than not you’ll have to pass the ball, or risk losing possession entirely. I just wish there was a button I could press that would shield the ball from the defender using my player’s body, like there is in FIFA. Eventually you’ll get used to it but it still feels a little underdeveloped.

While there’s been gradual improvements on the pitch, areas off it continue to stagnate. Konami claims that Master League’s transfer window is now more realistic, but in the very first window, I was able to buy Neymar – I’m playing the game pre-transfer update so he was still at Barca – for £30 million and Julian Draxler for £14 million. It just makes a significant part of the game feel broken. 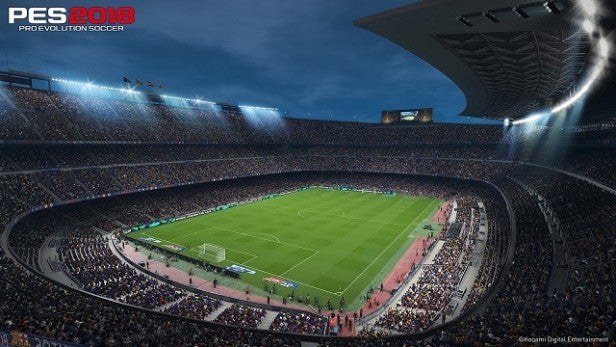 Commentary also remains abysmal. This is the first year where I’ve had to give up and turn the thing off, leaving only the noise of the crowd and the players on the pitch. Jim Beglin’s inconsistent tone is limited to canned phrases that are reminiscent of ISS 64, not a game released in 2017.

This remains PES’ biggest problem: it can feel like “just” a football game compared to FIFA, and no matter how good that football is, for many that isn’t enough. The gameplay is superb, but there simply aren’t enough ways to play. Master League quickly falls flat thanks to its broken transfer system, and while MyClub is fun, it doesn’t hold a torch to Ultimate Team.

PES is a brilliant football game, perhaps the best game of football on the market, but its modes need a far more significant overhaul in order to let the work on the pitch truly shine.

I love every second I’m playing PES matches, but between them there are too many frustrations which many long-serving fans will feel. This won’t stop fans enjoying the game, it’ll just stop you having as many ways to enjoy it as rival sports titles have.