Picture this: you’re a Japanese teenager who, at some point in the recent past, has undergone a psychologically traumatic ordeal that forced you and your friends to face demons constructed from your own worst impulses. But what do you do after you’ve conquered your own manifestations of Jungian precepts? Go dancing, of course.

Persona 3: Dancing in Moonlight and Persona 5: Dancing in Starlight are the latest spinoffs from Atlus’ increasingly popular Persona series of thought-provoking JRPGs – itself an offshoot of the wider Shin Megami Tensei line. There’s perhaps another series that’s influenced the two new rhythm action games though, and that’s Pokémon. Like core title releases of Nintendo’s critter-catching behemoth, there are only a handful of differences between Moonlight and Starlight, meaning the choice between which one you pick up is really down to whether you preferred the base Persona 3 or Persona 5 games.

After playing both Moonlight and Starlight at E3, the first thing I did (well, after a transatlantic flight home, that is) was dust off my PS Vita. Aside from a chance to remind myself what a great handheld the Vita is, it was mainly to compare the new games to 2015’s Persona 4: Dancing All Night – a comparison that reveals the exact same gameplay mechanics. 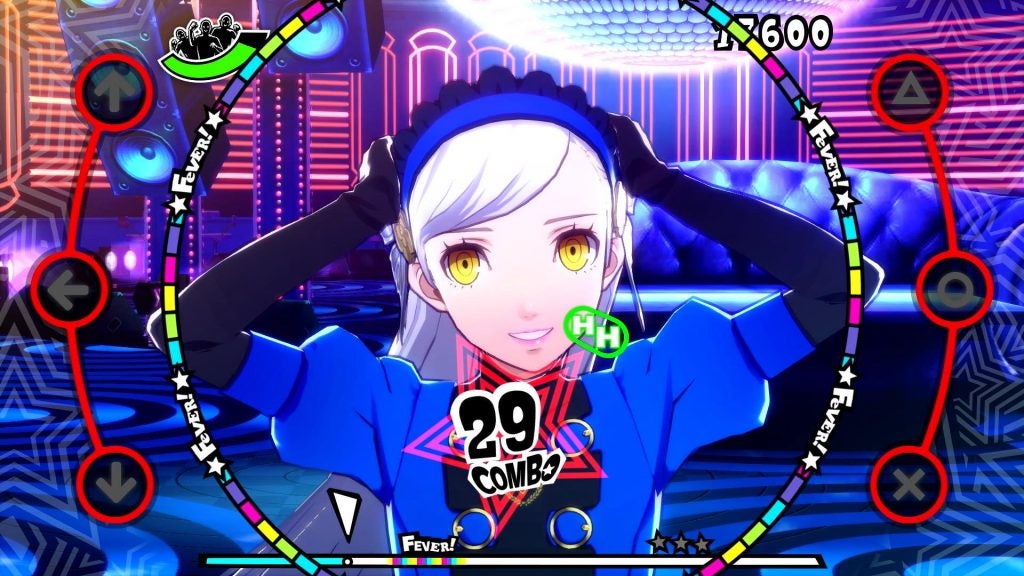 Like their predecessor, the new Persona Dancing games are centered on beat-matching, with characters from the respective Persona game busting some moves to tracks from their original title. The screen remains framed by markers matching the PlayStation button controls – D-pad up, left, and down on the left side of the screen, Triangle, Circle, and Cross on the right. Button prompts radiate out from the centre, to be tapped in time to the music, occasionally joined by double ‘Unison’ notes demand hitting two buttons at once, or Hold buttons for longer notes.

These regular notes are interspersed with concentric rings, which require a flick of either thumbstick to activate, resulting in a DJ-style record scratch. Missing these won’t break your chain combo of successful beats, but if you do hit them, you’ll build a bigger total score. Fever rings are similar, but scratching on three of them in a row builds a charge, which triggers the appearance of support dancers – themselves other figures from the main Persona games – in the dynamically generated music videos.

The E3 build of the Dancing games only offered three tracks a piece to try out – Persona 3’s ‘Memories of You’, ‘Mass Destruction’, and ‘Burn My Dread’, and Persona 5’s ‘Life Will Change’, ‘Wake Up, Get Up, Get Out There’, and ‘Rivers in the Desert’, for you soundtrack aficionados. Although representative of different musical styles and with varying BPM – affecting difficulty – they were also reflective of each game’s wider commitment to only using the song list from its core title. Expect remixes of several songs though, to change things up a little.

And… that’s it. Having gone back to Persona 4’s dance-off, the new games offer no discernible experiential difference, right down to the timing and the responsiveness of matching notes feeling the same. There’s no evolution here. Moonlight and Starlight will also lack the story mode that Dancing All Night enjoyed, rendering the return of the characters from either source game almost purely aesthetic. There are, supposedly, different dance styles in each game – Moonlight favouring acrobatic dances, Starlight more realistic moves – but the player is likely going to be more focused on keeping rhythm to notice much. 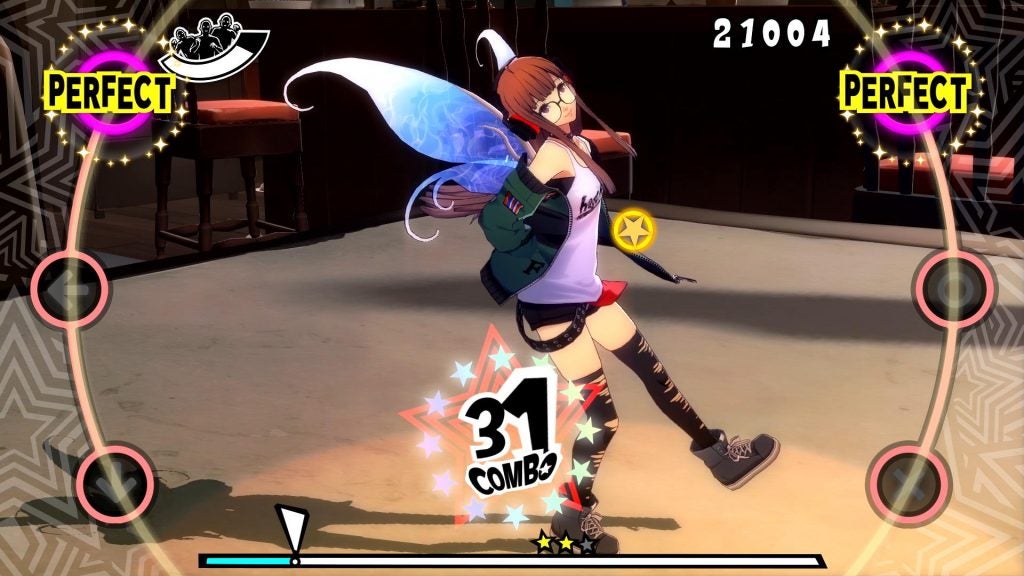 It’s nice to see Atlus leaning more into its Persona IP – especially Persona 3, which was a cult hit at best when it was originally released on PS2 in 2006, and has only recently enjoyed renewed attention thanks to the tetralogy of anime movie adaptations. Yet with no story mode, they feel threadbare, and given the only real differences between the versions being characters, dances, and song selections, the choice to split them feels gratuitous.

A combined effort with songs from both Persona 3 and 5 would feel meatier and more worthwhile, as well as providing opportunities for fan-pleasing crossovers. Seeing Makoto and the P3 crew dancing to tracks from P5 for instance, and vice versa, or having characters from either game appearing as support dancers to any main character, would be great fun.

Ultimately, aside from swapping out character assets from P4: Dancing All Night, there’s no real difference I can find in this diptych. Although the rhythm action gameplay paired with infectiously memorable earworms remains a great combination, it’s not enough to warrant two standalone releases.

If the Persona Dancing games end up releasing at a budget price, that will take some of the sting out of their structural repetition (at time of writing, Atlus has not announced western pricing) but at this point, the idea of picking up both titles feels like something only the most hardcore fans of the series would do.