One of the highlights of the camera’s design is the built-in flash. Not only does it feature a decent guide number of 4.7 at ISO 100, but it’s also spring-mounted; popping away from the body and at an angle to the lens so as to reduce red-eye in portrait shots.

If you’re in to customisation then the Q7 might be the camera for you. The Pentax website sports a colour chooser that lets you select from 6 different grip colours and some 20 body colours, while the model’s 8.5mm f/1.9 prime lens is also colour customisable. 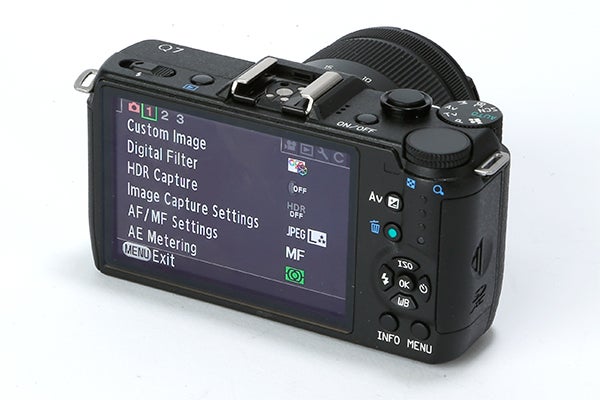 As has been the case with previous Q series models, the adoption of a smaller, compact sized sensor means that both the Q7’s body and lens are amongst the smallest on the market. In fact, when the two are combined the resulting package is probably the only of any CSC that you can fit in to your pocket.

Despite its diminutive dimensions, the Q7 isn’t actually the smallest CSC body on the market, with that honour instead falling to the Nikon 1 J3 by just a few millimetres. The Pentax Q7 does, however, handle much better than the J3 thanks to a comfortable hand grip and a body that features a pleasing leatherette finish all over the camera’s body.

The Q7 also benefits from a good standard of build quality. The body itself is tough polycarbonate plastic. The various controls around the camera body are also pleasingly sturdy, offering just enough stiffness so that they won’t be readily knocked during the shooting process.

The only real issue with the camera’s build quality is the standard of the covers for the USB and HDMI sockets – these are comprised of poor-quality rubber and as a result there are doubts about their durability. 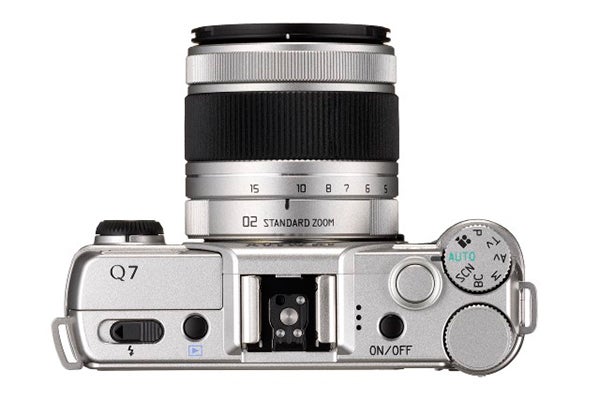 Pentax claims that the Q7 should manage around 260 shots on a full charge, and the good news is that the camera managed to actually exceed this figure.

Over the duration of the test the camera managed to capture around 300 shots on a single charge, with around 15 minutes of video capture and a fair amount of image review thrown in for good measure.

It’s also worth bearing in mind that this was with a brand new battery, and knowing li-ion units propensity for improvement after a few charges it wouldn’t be surprising if you managed more over the life of the camera. 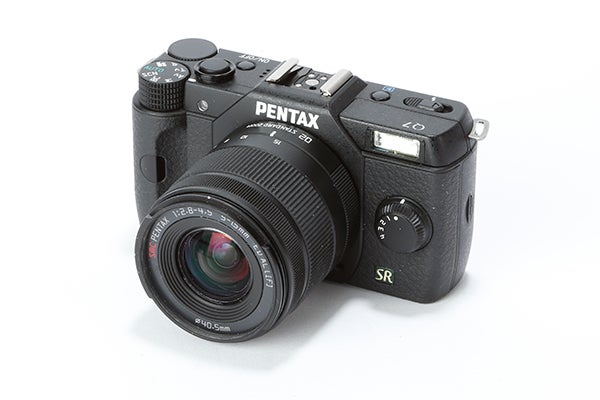 The Q7’s start-up time is also about average for its class. The camera goes from dormant to ready to shoot in a little under two seconds, while the average shot to shot speed is also reasonable at around a second.

When shooting both Raw and JPEG files the shot-to-shot speed is a touch more variable, and is quite closely linked to the standard of memory card used.

With a Class 6 card the Q7 managed four frames before having to stop to clear its buffer – a process which took around five seconds. Utilise a Class 10 card, however, and the Q7 manages around 2 seconds between shots for an indefinite period of time.