So with the addition of a heart rate monitor, it’s obvious that one of the big draws for the new Pebble is its fitness tracking, which is all built on the Pebble Health platform.

There’s a new Workout app on the watch, which you can use to trigger walking, running or a generic ‘workout’ exercise. It’s all rather basic, though. Once you trigger an exercise, the at-a-glance information on the display isn’t great and requires you to scroll to see any useful information. 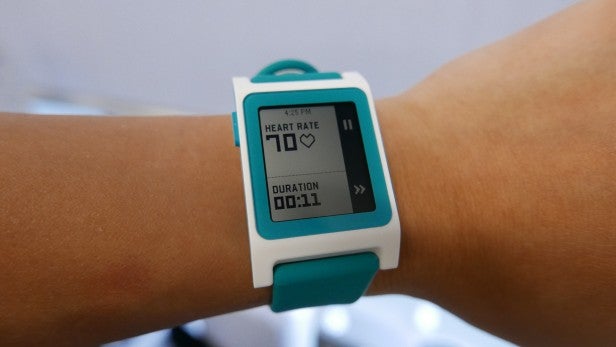 The top two-thirds of the screen is used purely to display your live heart rate information, with the bottom third only showing one item of information, such as distance or duration. It means you need to hit the bottom button to scroll through, which is fiddly.

The workouts are then synced with the companion app, but it’s displayed in such an unapproachable way that historical workouts are practically lost, providing no real useful log of your routine.

Then there’s the fact that Pebble Health data is synced to your smartphone and not to a cloud server. I changed from an iPhone to an Android phone midway through testing so half my data was lost.

The Activity metrics in the Pebble Health section of the app has a graph showing your activity progress with slices of the day highlighted with the workouts. You only get any the information on the workout by tapping one of these slices, which are really hard to spot, and even then it’s just the distance, calories and steps accumulated. 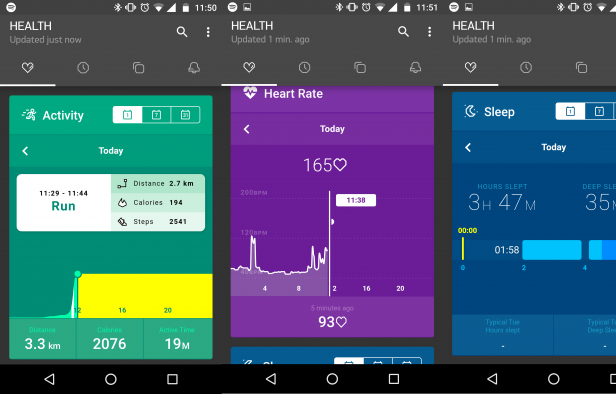 I ran alongside the Fitbit Charge 2 and a Wahoo Fitness Tickr X, and found that the Pebble 2 spent long portions of my run with a BPM measured 20 BPM higher than the chest monitor. Occasionally my resting heart rate was in the mid-40s as well, which is unfortunately not indicative of my fitness and far too low. The distance tracking was also about 400-500m off the pace. 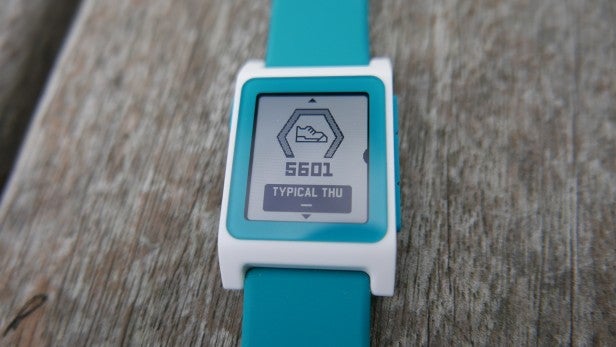 At least step counting and sleep tracking both seemed consistent, and the the Pebble 2 gives you updates throughout the day as a notification on your activity and sleep. The Pebble Health app on the watch will also let you compare days week-by-week, so you know if you’re slacking or not getting enough sleep compared to the same day in the previous week. 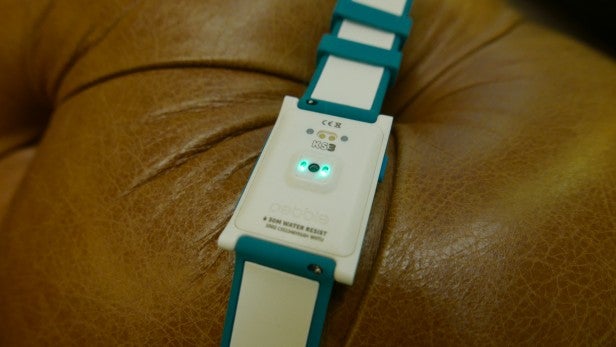 As before, one of the strongest elements of Pebble’s watches is its battery life. With a lot of notifications coming through, I still managed over five days of battery life before needing a charge.

Once you do need a charge, just attach the proprietary magnetic charger to the back and plug it into a USB port or wall adaptor. Charging is nice and quick, too.

Should I buy the Pebble 2? 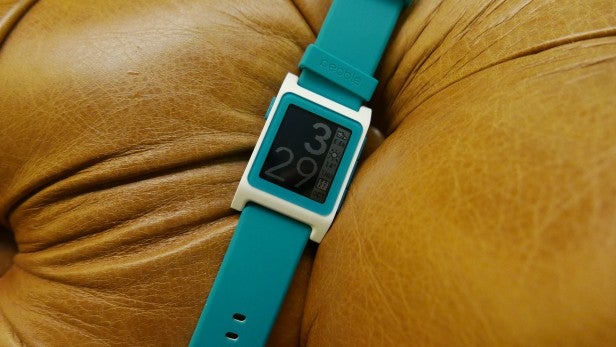 When the first Pebble launched, smartwatches were still a burgeoning product category. It was the plucky upstart that had a lot of endearing charm. It did the basics but it did them well. But nowadays, smartwatches are far more elegant, so some of the free passes given to earlier Pebble watches for their shortcomings no longer feel relevant.

The Pebble 2 remains cheap and cheerful – and looks decidedly so. If all you’re looking for are smartwatch basics, like notification mirroring and basic apps, the Pebble 2 still does the job. However, its health and fitness tracking aspects are half-baked right now, so I would actually say you’re better off opting for the cheaper Pebble 2 SE. I don’t put much credence into the HRM’s accuracy and the workout logging is practically non-existent at the moment, so you’re better off saving some money.

The Pebble 2 remains a cheap and cheerful smartwatch that covers the basics, but the fitness tracking shouldn’t be a draw.