What is Parallels Desktop 12?

Parallels Desktop 12 is the annual upgrade to the virtual machine software that lets you run Windows apps directly on OS X as if they were native. It’s this seamless integration, called Coherence, which has won Parallels legions of fans.

Related: Alternative ways to run Windows on your Mac

While Parallels 11 was an essential upgrade for many, bringing Coherence support to Windows 10, Parallels 12 is much more of a modest update. It has some neat new power-management features, a new set of utilities with Parallels Tools, and faster graphics support for gaming. Parallels 12 also has macOS Sierra support, although version 11 also works in Apple’s new OS.

As with previous versions of Parallels, the first job is to install an operating system into a virtual machine. That most likely means Windows, although Ubuntu, Chromium, Android, CentOS, Debian and Fedora are also supported, with Parallels able to download and automatically install these operating systems in the background. 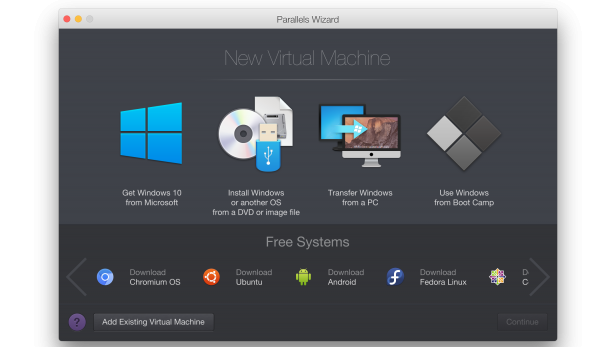 Windows is the obvious use for Parallels, but it supports plenty of other operating systems, too

It’s Windows that you’re likely to want to run, and Parallels gives you two options for that: clone an existing computer or install a fresh version of Windows.

The first option sounds attractive and is easy to do: you install an app on your PC, then let it synchronise your Windows 10 installation to Parallels over your home network. You can even choose to copy your user files from Windows to your Mac. 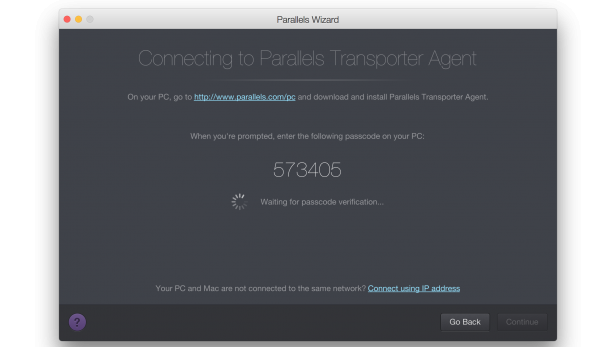 You can transfer your old Windows 10 PC directly to Parallels, but you may need to change settings to get all your apps working

But there are caveats. Foremost, is that Windows’ licensing prevents you from moving an OEM version of an OS to a new computer, even to a virtual machine. In other words, you can only transfer an old PC if you bought a retail version of Windows.

Secondly, Windows 10 doesn’t particularly like being moved, and Windows apps won’t necessarily run. I got a warning when trying to run some apps, such as Edge, telling me that they ‘can’t be opened using the Built-in Administrator account’.

It’s an issue with new UAC settings, which you have to adjust to get your copy of Windows working properly. Virtualization How To has a guide on how to repair this for Windows 10 Home and Pro users.

Installing Windows 10 from scratch automatically fixes all of the permissions you need. Parallels’ Windows installation is one of the best, automatically picking settings for you and installing in the background. In fact, you only need type in your licence key, and then you can leave Parallels to get on with its job.

New to this version of Parallels is that you can have a virtual machine start with your Mac, but drop into hibernation mode instantly. This saves battery and your processor for Mac tasks but lets you start Windows apps almost instantly.

The beauty of Parallels has always been its unparalleled (pardon the pun) integration of the two operating systems. Running under Coherence, Windows apps run and feel exactly like Mac ones. They even have their own Dock icons, and you can place different Windows apps on different virtual Desktops. The only real problem is that Windows’ notification icons get moved to the Mac Menu bar, which makes it rather cluttered. 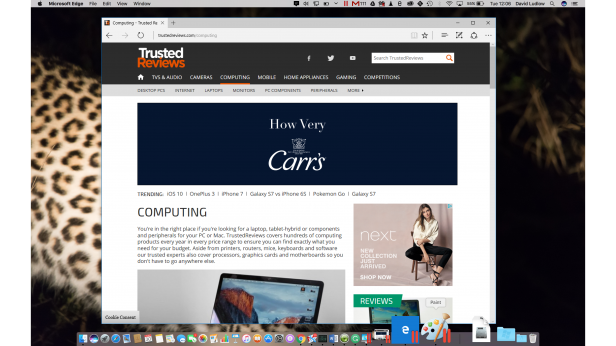 Coherence turns your Windows apps into Mac ones

Virtual machines can also be run in full-screen mode, giving you the full Windows experience on your Mac. Finally, there’s Modality, which puts your virtual machine into a translucent window so that you can keep an eye on it.

The only issue I had was that Windows would occasionally start in a windowed mode, with the option for Coherence greyed out. The solution was to maximise the window, exit full-screen mode and then enable Cohesion. It’s also slightly annoying that you can’t switch from one more to another. Instead, you have to exit one mode, then enable another.

Performance is excellent, with Windows feeling responsive and snappy. I ran GeekBench 3 on both Mac and the Windows virtual machine and got similar scores: Mac OS scored 5,833 in the multi-core test, and the Windows virtual machine scored 5,057. Running the benchmark simultaneously on both operating systems, it was Windows that took the performance hit. This time around, Mac OS scored 5,003 and Windows scored 3,793.

To make sure that you’re not interrupted, you can set Parallels to allow Windows updates and reboots at specific times only. It’s a neat option and means that your virtual machines are always ready when you need them

Parallels has revamped the graphics engine and has even worked with Blizzard to support first-person shooter Overwatch. The promise here is more games on your Mac, but it’s a claim that I’d treat with caution, as it depends on the spec of your machine. Running on a 2014 Core i5 13-inch MacBook Pro, Overwatch ran, although it averaged out at 22fps, hitting a peak of 28fps, at a resolution of 1,680×1,050 with Low graphics settings.

It was playable, to a degree, but I wouldn’t fancy my chances like this. Running Boot Camp and Windows 10 natively, Overwatch at the same settings ran smoothly, and I saw framerates of at least 50fps, hitting a high of 62fps. Parallels will be useful for older games that aren’t graphically intensive, but Boot Camp’s still the better option for most games. 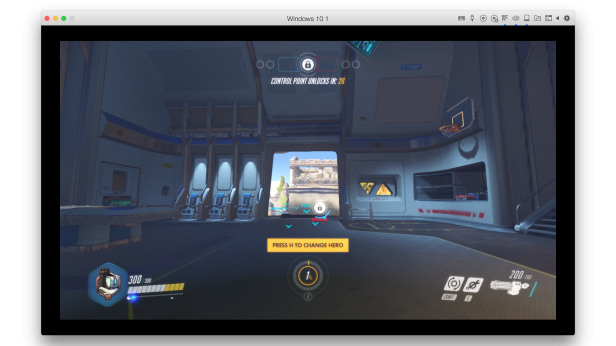 You can play games on Parallels, but the spec of your Mac will affect performance

Parallels Toolbox is usually £7.99, but ships for free with Desktop 12. It gives you a bunch of handy tools, including a screen recorder, screenshot tool and an online video downloader. If you don’t want these features, you can just remove Toolbox. 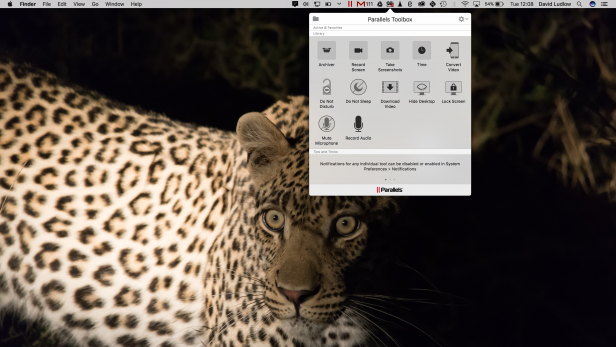 Toolbox collects together some handy tools, but it’s not essential

Parallels Desktop 12 ships in three different versions. There’s the standard edition for home users (£65 new or £35 upgrade). Above that, you can’t buy the software outright, and pricing moves to yearly plans, although these include upgrades to new versions.

The Pro edition (£80 a year) bundles Parallels Access, a remote desktop application, and adds finer control over network usage. At the top is the Business edition (£80 a year per computer), which is for multiple installations and gets you telephone support, too. All editions come with 500GB of free Acronis True Image online backup. 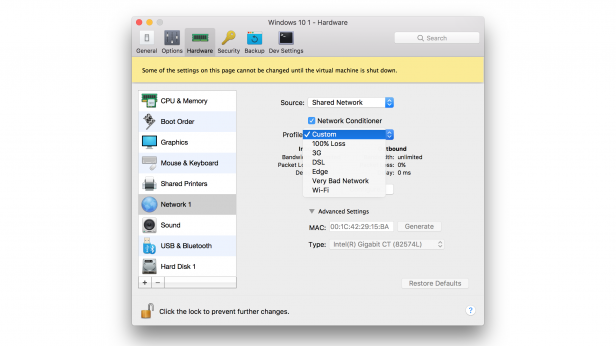 The basic version gets set network profiles to control bandwidth, but the Pro version lets you set more detailed profiles

Should I buy Parallels Desktop 12?

If you’ve got Parallels Desktop 11, the few new features available with version 12 probably aren’t enough to make the upgrade worthwhile. For new users that want to run Windows on Mac, the choice is a little trickier.

Oracle’s VirtualBox is completely free, although its version of Coherence doesn’t work with Windows 10, the set-up is much harder and performance is worse with no games support. Still, if it’s just for a little bit of testing or to run the occasional app, then it’s worth the hassle.

If you want to run Windows applications like they were native Mac applications, Parallels remains the king. Its effortless integration of both operating systems makes it a real winner, and it’s super easy to use. 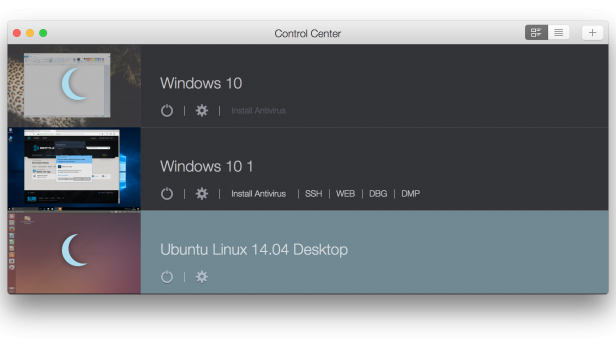 There’s not that much here for upgraders, but for newbies Parallels remains the slickest way to run Windows and Mac OS at the same time.