I took receipt of Panasonic’s P50S10 with slightly mixed feelings, truth be told. Putting a smile on my face is the TV’s price; under £1,150 is a mighty aggressive figure for a 50in TV with the dependable Panasonic name attached. Slightly denting my excitement, though, is the fact that the S10 part of the P50S10’s name reveals that it sits – as you might guess from its price – quite low down in Panasonic’s current plasma hierarchy. Which means that it’s not built around one of Panasonic’s new and impressive NeoPDP plasma panel designs, with their enhanced brightness and operating efficiency.

This effectively means that how much I end up liking the P50S10 will depend on whether the value factor outweighs the potential performance compromises of not having a NeoPDP panel.

Helping the value argument, to some extent, is the fact that you’re getting plenty of TV for your buck. For the frame around the 50in screen is solidly built to say the least, and the chunky stand supports the TV’s hefty weight with ease. 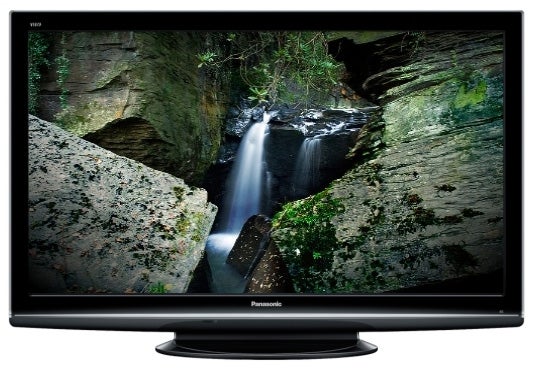 I’ve said in numerous reviews of recent Panasonic TVs, though, that I’m no great fan of the brand’s current design ethos, finding the black sculpting a little bland compared with what many rivals are now putting together. The arced bottom edge and metallic strip just above it add a modicum of flare to proceedings, I guess, but there’s no doubt that Panasonic’s Korean rivals in particular are a few steps ahead aesthetically.

Turning to the TV’s connections, there’s a small sign of the P50S10’s relatively entry-level status in its carriage of three rather than four HDMIs. But on the upside, it’s nice to find the set not only sporting an SD card slot, but also allowing you to play AVCHD video files as well as the more predictable JPEG fodder via this interface.

There’s quite a bit of other promising stuff in the TV’s specifications, too. It’s a Full HD screen, for a start, and one promising a huge claimed dynamic contrast ratio of 2,000,000:1, which is high enough to make your average LCD rival cry into its pint.

The mechanism used to achieve this is the latest version of Panasonic’s Intelligent Frame Creation system, with more processing support coming from Panasonic’s reliable, multi-facetted V-Real Pro 3 engine. Which is all great, so long as the processing doesn’t partner its benefits with nasty side effects.

One thing the P50S10 does ”not” have is a built-in Freesat tuner to accompany its Freeview and analogue TV tuners. The lowest models in Panasonic’s range to offer those are the G10s.

Settling down to watch the P50S10 strutt its stuff, pictures for the most part turn out to be pretty much exactly as I’d expected them to look.

For instance, as is almost de rigueur with a Panasonic plasma TV, the set’s black level response is first rate. The night skies providing the background to the gory goings on of ”30 Days of Night” look way darker than they do on any standard LCD screen we can think of – and even many plasma rivals, come to that. What’s more, the lack of the customary grey mist hanging over black hues enables the TV to produce lots more shadow detailing than most flat TVs, helping dark scenes achieve a more credible sense of three-dimensional space.

I should stress that the black levels aren’t for my money as dramatically black as those now being produced by the best LED TVs out there, but that doesn’t stop them from being hugely impressive for such an affordable big TV. 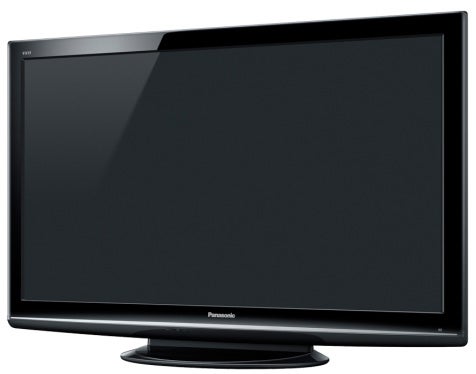 The potency of the P50S10’s black level response is also enhanced a little by the screen’s decent brightness and vibrancy, considering this TV doesn’t use the new NeoPDP technology. I found the 42in S10 plasma model a little dull overall, but for some reason – possibly just the extra screen size – I didn’t feel that the P50S10’s pictures looked nearly so muted, even after being accurately calibrated.

The P50S10 follows Panasonic tradition by being an unusually accomplished standard definition performer, too. Particularly impressive is the way the TV manages to upscale grubby, noise-strewn source material to its Full HD screen without leaving it looking like the blocky, smeary, artificial mess witnessed with more rival Full HD flatscreen TVs than we care to mention.

It’s notable, too, that the P50S10 doesn’t lose colour integrity with standard definition sources as drastically as we see with many LCD rivals.

Other great things about the P50S10’s pictures include the way you can watch them from extreme angles without any significant loss of colour saturation or black level, and the way the IFC system delivers its promised reduction in judder without throwing up the sort of shimmering, flickering side effects seen on some previous incarnations.

As with the P42S10, though, there are one or two problems to report. Colours, for instance, look a touch orangey at times, especially with standard definition skin tones or rich red graphics. The screen also occasionally presents colour blends with a slightly striped appearance, suggesting either that its colour processing isn’t quite powerful enough, or that it’s not as accomplished as it could be at processing away the colour striping apparent in some low-quality standard definition sources.

I also felt that while the IFC system certainly reduces the amount of judder apparent in pictures – especially 1080p/24 Blu-rays – it doesn’t remove judder to the same extent as Philips’ HD Natural Motion processing, the latest 200Hz engines from Samsung and LG, or Panasonic’s own new 600Hz plasmas. 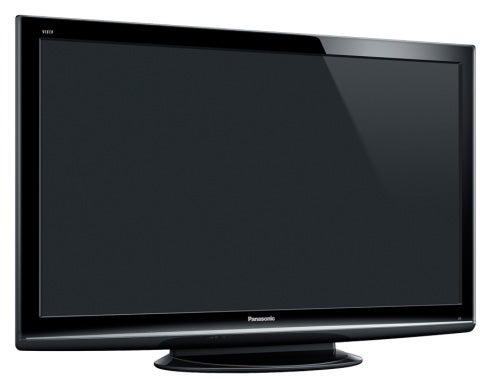 Finally, in the negative column, I didn’t feel that the P50S10’s high definition pictures looked quite as crisp as I’ve seen on numerous other big, Full HD TVs. I wouldn’t go so far as to say they look soft; you can certainly easily tell that they’re HD, and they always look impressively cinematic. But I just didn’t quite get the same ‘wow’ factor from the amount of detail and sharpness on show that I often get with HD viewed on Full HD screens.

The P50S10’s audio, meanwhile, is pretty good. I have to say after being spoiled by the startlingly potent audio of Philips’ ‘little’ 32PFL9604 last week, the Panasonic’s attempts at rendering deep bass lines are a little boxy and forced. But mid-range soundtrack information and vocals are both presented cleanly and clearly, and you also get plenty of treble information without things sounding harsh except at really extreme volumes.

The P50S10B ultimately manages to deliver enough AV quality to make it look like a bona fide bargain. But it doesn’t change my opinion expressed in other recent Panasonic plasma TV reviews that if you can manage to scrape a bit more money together, you’ll find your AV needs appreciably better serviced by one of Panasonic’s NeoPDP screens.