Having been slightly disappointed by the first LCD member of Panasonic’s new S series of tellies, the L37S10, today I turn my attentions to the first plasma S model we’ve got our hands on, the 42in P42S10. Hopefully it will be able to trade on Panasonic’s strong plasma heritage to deliver something more enticing.


Not that it looks particularly enticing. Sure, the finish of the gloss black bezel feels unusually robust, and there’s a stab at style from the gentle arced shape of the bottom edge. But ultimately there just isn’t enough raw panache on show to help the set stand out on crowded electrical store shelves.


The P42S10 disappoints a touch with its connections, too, as it doesn’t sport a USB port, and provides only three HDMIs when I’m starting to look for four these days. Perhaps I’m being a little unfair here, though, given that the P42S10 does after all rest reasonably low down on Panasonic’s current TV range ‘ladder’, and manages to provide an SD card slot able to play both JPEGs and AVCHD video.


Getting more specific about the P42S10’s position in Panasonic’s latest TV range, it sits between the Freesat-sporting mid-range G10 series, and near entry-level X10 series. Which has the following impact on its specification. 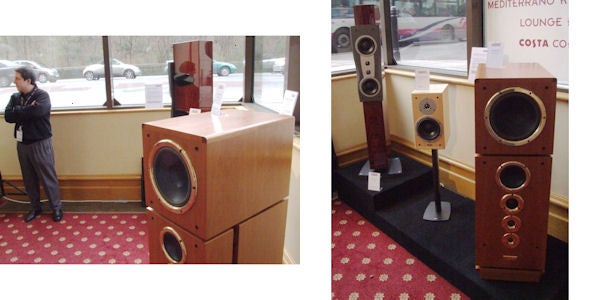 First, I’m happy to find that it’s a Full HD model – no mean feat with a 42in plasma TV. In fact, Panasonic remains to date the only manufacturer that’s managed to supply us with a 42in plasma screen containing the 1,920 x 1,080 Full HD pixel count.


The screen also boasts a crazily high dynamic contrast ratio of 2,000,000:1, and excellent native contrast ratio of 30,000:1. Intriguingly it claims 400Hz Sub Field Drive processing too – a nudge down from the 600Hz found on the P46G10 we looked at a while ago, but still a figure that promises much when it comes to the screen’s handling of motion. The 400Hz facility comes as something of a surprise considering that the L37S10 didn’t even have 100Hz.


The main ‘bad’ news – if you can call it that – about the P42S10 is that in stepping down from the G10 you lose a Freesat tuner and no longer get one of Panasonic’s new, improved NeoPDP panels at the TV’s heart. This latter fact means that the P42S10 won’t give you the same brightness level potential as the P46G10 or the same level of flexibility in reducing your TV’s operating power.


That’s not to say that the TV isn’t decently ‘green’, though. For instance, it’s got one of those increasingly common ‘Eco’ modes that can adjust the picture’s brightness in response to light levels in your room. Also, as with all Panasonic plasmas for quite some time now, the P42S10 is built without using any lead.

Settling down to watch the P42S10, I have to say that my first feeling was one of gentle disappointment. For even in a fairly low-lit environment the image’s lack of brightness versus Panasonic’s own P46G10 – and any number of LCD TVs, of course – is instantly obvious, denying the picture immediate eye-catching impact.


Aficionados will be thinking here, that a TV picture doesn’t have to deliver immediate impact to actually be very good. In fact, too much brightness and colour aggression can damage picture performance in the long run. But I couldn’t help but feel that on the P42S10, the image’s muted nature ultimately just feels a touch flat if you’ve got any sort of ambient light to contend with.


Or at least, this is the case if you use the TV’s Normal or, especially, its Cinema picture presets. Things perk up if you choose the Dynamic preset – but only at the expense of hugely increased picture noise and some overblown colours. Scary.


Calibrating the image yourself can yield the best results, but with the image set to deliver the best blacks and lowest noise levels, I still felt it was a bit less bright than I would have liked. 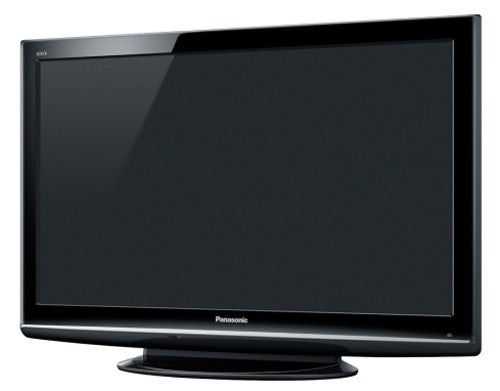 
Another issue is that I didn’t feel completely convinced by the TV’s standard definition colour palette. Skin tones tend to look a bit orange or pink, and greens sometimes look just a bit weird, for want of a better description. And overall there just isn’t that extra level of vibrancy we see from the best TVs.


The main upside with standard definition sources is a familiar one for Panasonic: excellent black level response. Dark scenes in any drama you care to watch enjoy blacks so deep – and consistent across the whole screen – that they could make any normal LCD TV weep. This inevitably helps dark scenes achieve a terrific sense of naturalism and scale.


Regular readers will know that I consider getting a credible black level response to be the fundamental starting point in building a good TV picture, and Panasonic still takes some beating on this key picture quality battleground.


The P42S10’s 400Hz system also helps standard definition pictures look reasonably crisp and smooth when things get moving, and while colours might not be particularly vibrant, they are, at least, largely free of the striping issue that traditionally troubles plasma technology.

Not surprisingly given its Full HD nature, the P42S10 really springs to life with high definition. Colours, curiously, look more authentic and even slightly more vibrant; the effects of the 400Hz system become more pronounced, especially when watching Blu-ray; and you also become more aware generally of how this screen’s plasma nature all but does away with the response-time blurring seen with many LCD TVs.


It’s also worth stressing that the effectiveness of the screen’s black level response becomes even more important when you’re dealing with the extreme contrasts found with a typical film as opposed to a ‘flatter’ TV programme. 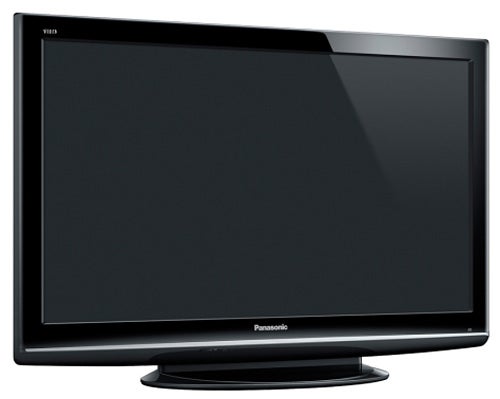 Even with HD footage, though, the image didn’t seem somehow quite as sharp and detailed as I’d expected. Also, although the 400Hz system on the P42S10 makes motion and horizontal camera pans look smoother – without causing serious processing artefacts – than they do on Panasonic’s X10 plasmas and any previous Panasonic plasma screen generations, judder certainly hasn’t been completely removed by any means. There certainly seems markedly more of it than you get with the 600Hz G10 range.


The P42S10’s sound continues the generally winning formula found on most of Panasonic’s recent flat TV output. Volume levels can get strikingly loud without distortion setting in, the mid-range is open enough to ensure that dialogue is still audible during action scenes, and there’s much more bass around than you commonly get with a flat TV. The only problems are that this bass can occasionally leave some male voices sounding a bit soupy, and some treble details a little pushed out of the mix.


If you’re in the market for an affordable 42in Full HD home cinema screen for a dedicated – i.e. very low lit – viewing room, the P42S10 is definitely worth considering. But while it delivers a typical Panasonic black level master class, and certainly has its moments, it’s not quite successful enough in all areas of its picture performance to unreservedly recommend as a main living room TV. In short, if you can afford to step up to Panasonic’s superior G10 range (a 42in model of which will set you back another £150 or so), I’d recommend that you do so.