While we’ve already managed to test samples from a wide variety of the different series that make up Panasonic’s huge new range of flat TVs, one that’s escaped us is the entry-level S line. Until today that is. For sat before me as I beaver away with an Easter egg at my side is the TX-L37S10B.


As its name suggests, this is a 37in LCD TV. And as its entry-level positioning suggests, it’s not exactly overburdened with hot designer flourishes or fancy features.

Regarding the design, while it’s an improvement in build quality terms over last year’s lower-end Panasonic LCD TVs, it’s still ultimately little more than a glossy black rectangle like hundreds of other TVs currently adorning our electrical store shelves.


I’ve also seen a silvery version of the set banging around – pictured elsewhere in this review – but given that I can’t raise anyone at Panasonic over the Easter break, I can’t confirm if this model is going to be available in the UK.


The L37S10B’s unremarkable feature count, meanwhile, kicks off with a mostly predictable set of connections, from the three HDMIs and D-SUB PC input through to the single component port and pair of SCARTs. It’s also worth pointing out – obvious though it may seem given the L37S10B’s low-end status – that there’s no attachment for a satellite feed, for the simple reason that this is definitely not one of Panasonic’s Freesat models. 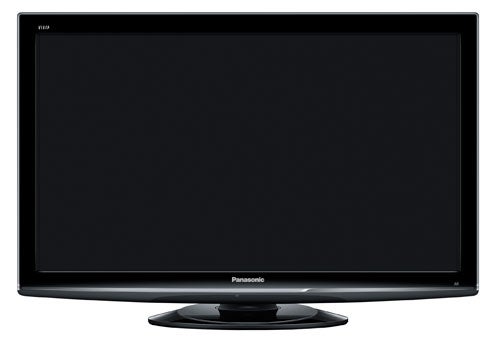 There’s only one connection you wouldn’t necessarily expect to find on an entry-level TV these days, and that’s an SD card slot. This lacks the movie playback functionality of SD card slots on some higher-end Panasonic models, but it can certainly handle JPEG photos.


In the interests of fairness I should also point out that some entry-level sets from rival brands only carry two HDMIs, not three – but then these HDMIally (!) challenged sets also tend to be a tad cheaper than the L37S10B.


As noted earlier, though, the onscreen menus don’t hold many features. There’s a colour management system, but this is completely automatic, leaving no provision for fine-tuning colours yourself. There’s also an Eco mode, but this doesn’t do anything more exciting/innovative than adjusting pictures in response to the amount of ambient light in your room. Similar features are now found on practically every TV that comes through our doors.

The only other things worth even a passing mention are a fairly basic noise reduction system; the facility to tell the TV the distance between its speakers and your wall (to improve sound quality); and a small selection of thematic image presets.


A final scan of the L37S10’s specs reveals a classic good news/bad news scenario. For while the TV doesn’t let its entry-level status prevent it from sporting a Full HD resolution or a dynamic contrast system that can produce a healthy claimed contrast ratio of 50,000:1, there’s no sign of any 100Hz processing, or Panasonic’s Intelligent Frame Creation (IFC) processing for reducing motion judder.


Funnily enough, though, I didn’t find myself missing one of these two processing tools nearly as much as I would have expected. For when it comes to motion blur there’s really nothing serious to worry about at all, with the L37S10B’s native response time clearly good enough to keep this most long-lived and irksome of LCD picture quality issues comfortably at bay, even during sports footage. 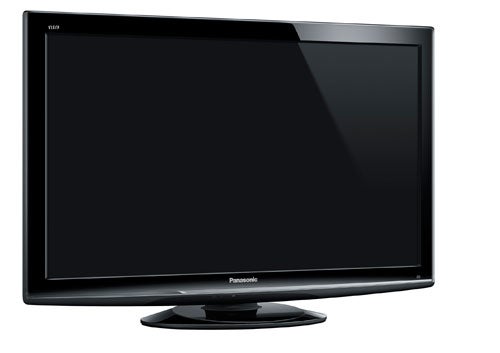 Unfortunately, though, while motion blur seldom troubled me with the L37S10, motion judder most certainly did. Without the IFC system to help out, camera pans routinely look slightly ragged and stuttery, especially when watching 1080p/24 from a Blu-ray. This sort of thing is extremely common on entry-level TVs, of course. But somehow it seemed slightly more aggressive on the L37S10 than usual.


While in a fault-picking frame of mind, I’ll add too that the L37S10B’s black levels didn’t set my eyes alight. Trying to play online the original ‘Makin’ level of Call of Duty 5: World At War, with its night-time setting, really wasn’t fun at all, as the tell-tale low-contrast grey mist hung over the map’s dark corners, leaving me a sitting duck to enemies hidden away in the murk. Well, that’s my excuse for yet another lame online COD5 experience, and I’m sticking to it!


And anyway, my gaming excuse is backed up by movies, as the dark sequences down the mine shaft at the start of There Will Be Blood look grey and strangely empty, as the screen fails to resolve nearly as much shadow detail as I’d like. I should add, too, that these results were recorded using the Cinema preset that generally delivers the best black level response; the greyness becomes considerably worse if you use the Normal or especially dynamic presets instead.

The L37S10B’s difficulties with resolving a truly believable black also predictably damage its colour performance a little. For neither films nor TV programmes have quite as much colour vibrancy to them as you get with some rival LCD TVs, and tones don’t seem generally quite as natural either. To be fair, neither of these issues is devastating; in fact, you kind of get used to the laid back tone of the images over time. But then again, just because you get used to something doesn’t mean that it’s right!


One thing the L37S10B’s pictures definitely do get right, though, is sharpness. I can’t think of another sub-£1k 37in LCD screen that’s delivered HD sources with as much fine detailing and noiseless, pin-point accuracy. Everything you might hope to see on a high-end full HD TV, never mind an entry-level one – pores, the weave of clothing, celluloid grain – is immaculately presented. 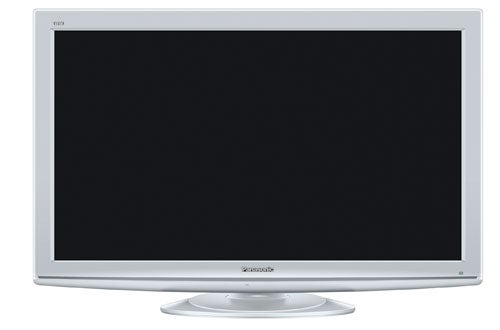 This exceptional sharpness does its best to put back into the picture some of the three-dimensional depth lost by the average black level response. Plus it provides the L37S10 with one area of superiority over Panasonic’s 37in plasma TVs. It’s worth restating, too, that the exceptional sharpness isn’t as badly damaged as it usually would be on an entry-level LCD TV by motion blur.


In other good news, while colours might lack a little dynamism, the screen’s extreme sharpness does at least mean that colour blends are rendered with a level of subtlety usually only found way above the L37S10B’s price point. I was pleased to note, too, that colour saturations and black levels didn’t drop off as badly as usual when watching the TV from an angle – at least until that angle became really quite extreme. 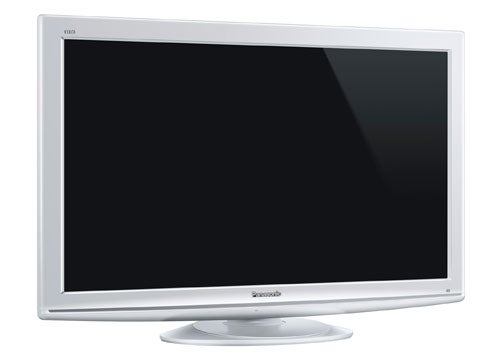 And finally in the plus column, as is commonly the case with Panasonic TVs, the L37S10 handles standard definition fodder from the Freeview tuner exceptionally well, upscaling it to its 1,920 x 1,080 pixel count with plenty of extra sharpness but without adding or emphasising video noise.


Sonically the L37S10 is solid, but nothing more. Treble detailing is quite accomplished, and the set isn’t afraid to go loud. But there isn’t enough bass to adequately counterpoint the trebles, leading to harsh moments, and the mid-range sounds cramped, failing to expand as I’d like it to during action scenes. This also sometimes leaves voices – even female ones – sounding thick to the point of distortion.


The L37S10B is by no means a bad LCD TV. Its outstanding HD sharpness and superior standard definition scaling see to that. But at the same time its flaws are impossible to ignore. As is the fact that you can actually pick up the generally superior Panasonic TX-P37X10 plasma TV for close to £200 less than we’ve been able to find the L37S10B going for.