It’s a testament to the sheer enormity of Panasonic’s 2009 TV range that despite having already tested what feels like dozens of the brand’s models over recent months, we’ve still managed to get our hands today on a series we haven’t covered before. That series is the G15 range, featuring two models: the 46in TX-P46G15 and the 42in TX-P42G15 that’s sat on my test bench now.


Probably the most helpful way to start out this review is by delineating the key differences between the P42G15 and the step-down Viera P42G10 we looked at a month or so ago.


One obvious distinction jumps out right away, as the P42G15’s desktop stand wears a fetching shiny silver finish versus the black of the P42G10. Otherwise the TVs appear to be identical aesthetically, with gloss black bezels saved from monotony by a little arc and a splash of silvery white along the bottom edge. For my money, though, the silver stand of the P42G15 definitely gives it a style edge over its cheaper sibling.


The P42G15 also edges out the P42G10 when it comes to connections, by providing four HDMIs rather than three – one down the side, and three on the rear. Also, the P42G15’s SD card slot can play MPEG2 and DivX files as well as the AVCHD and JPEG stills supported by the P42G10. 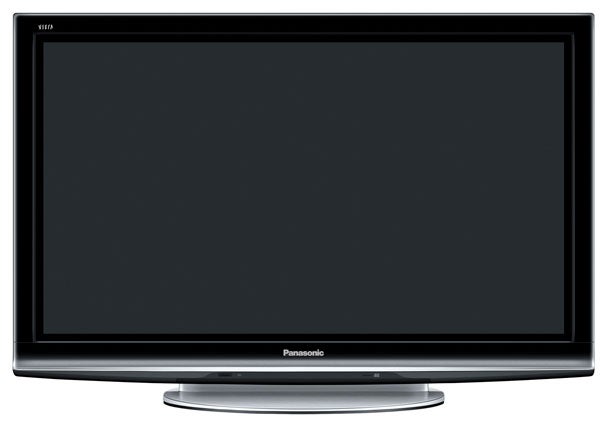 It turns out, too, that the LAN port tucked away on the P42G15’s rear isn’t just there for future Freesat functionality, as is the case with the equivalent jack on the P42G10. For the P42G15’s LAN jack can additionally access files stored on a connected, DLNA-capable PC, or Panasonic’s VieraCast online service.


VieraCast, as discussed in detail in our review of Panasonic’s P46Z1B recently, is actually a pretty decent effort. Early showings of the system had led me to expect precious little interesting UK content, but actually the three main providers currently on offer – Eurosport, YouTube and Picasa – do add up to a pretty satisfactory package. The presentation is first class, too, and there’s always the potential – indeed, likelihood – of other service providers turning up on VieraCast at some point in the future.


With the main differences between the P42G15 and P42G10 dealt with, I can leave the comparisons behind and just stick with the P42G15 in isolation.


Unless you’re skim reading, you probably noticed me mention Freesat back there. For as with all the models in the top half of Panasonic’s range, the plasma-based P42G15 sports a built-in Freesat tuner, including the ability to receive the digital satellite platform’s HD services. Panasonic is still one of only two brands offering Freesat TVs so far – the other being LG. The TV also carries Freeview and analogue tuners, and supports separate electronic programme guides for both of its digital broadcast providers.

Another potentially key feature of the P42G15 is its 600Hz Sub Field system, where the TV calculates and inserts enough extra, new frames of image data to make the 200Hz systems now appearing on some LCD TVs blush with apparent inferiority. However, the reality is that all this talk of varying Hz numbers should be taken with a pinch of salt, as once you get above 100Hz the different systems tend to work in different ways and even, to some extent, set out to achieve different goals.


The only thing we should be able to look forward to with any certainty from the 600Hz system is markedly less judder during camera pans – especially HD ones – than you get with lower-Hz Panasonic screens.


Other key specs you need to know about the P42G15 are that it’s got a full HD resolution – still a rarity in the 42in plasma world – and enjoys one of those ‘infinite’ dynamic contrast ratios Panasonic likes to talk about. Though right underneath the infinity logo used to advertise this fact, you get a rather more prosaic – though still huge – quoted figure of 2,000,000:1.


Rounding the P42G15’s expansive feature count off are a handful of helpful user tweaks in the onscreen menus, including a simple on/off colour management system; an Eco mode that adjusts the picture settings in response to the light levels of your room; a straightforward noise reduction system, and last but not least, the option to turn on or off the set’s Intelligent Frame Creation technology – the system that creates the extra image frames that gives rise to the 600Hz claims. 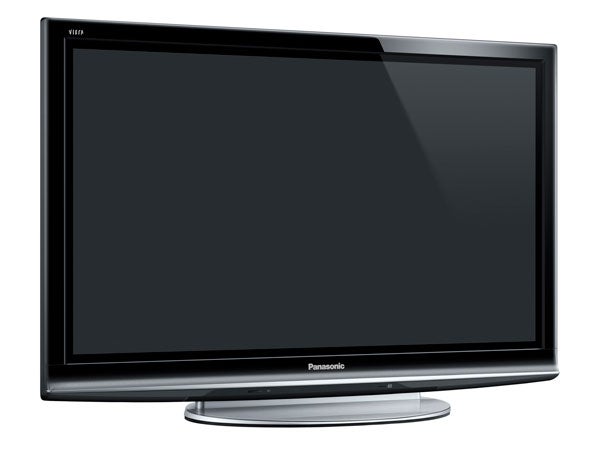 In evaluating the P42G15’s pictures, I’m actually taken back once more to the P42G10 model I referenced at the start of this review. For so far as my eyes can tell, the P42G15 and P42G10 pictures are peas from the same pod.


Particularly striking, as with all Panasonic’s NeoPDP screens to date, is how bright images can look compared with the brand’s non NeoPDP designs. If you use the set’s Dynamic preset – with the contrast reined in a bit to keep a lid on noise – you get a picture that looks nearly as aggressively bright as your typical LCD screen.


It’s worth adding, too, that if your room is pretty dark and/or you’re interested in green issues, the NeoPDP panels allow you to sacrifice much of this new brightness in favour of a heavily reduced power consumption. I’m ashamed to admit, though, that I was too busy getting thrills out of the extra brightness to really trouble myself with the screen’s eco potential much. Sorry…


The most important thing about the P42G15’s brightness, though, is the way it’s achieved without compromising – at all – the black level prowess so long associated with Panasonic plasma TVs. This means that your average dark movie scene is free to enjoy a truly spectacular level of dynamism, as bright whites and full-on colours are able to sit side by side in the same frame as deep, rich blacks of the sort only witnessed on the best LED rivals or Pioneer’s final KURO plasmas.

It’s well worth me pointing out here, too, that since the P42G15 is a plasma screen, you don’t get anywhere near as much contrast reduction when watching from the side as you do with the vast majority of LCD TVs.


The P42G15 also gets plenty of mileage out of its 600Hz system. For whether you’re watching Wimbledon in HD or standard def, or you’re watching a Blu-ray or DVD action film, images combine outstanding motion clarity with much less judder than we customarily see from Panasonic. Even the difference between the P42G15 and Panasonic’s 400Hz S10 models is pronounced in this key respect.


I was initially surprised to see Panasonic’s latest TV ad campaign going so heavily on the motion clarity of its 600Hz sets, but while I believe there’s still room for further improvement when it comes to motion fluidity, there’s no doubt that you’ve got a much better chance of actually tracking a Federer forehand on a 600Hz Panasonic plasma TV than you have on any straight LCD TV we can think of.


It’s worth adding, too, that the P42G15’s 600Hz engine impressively does its work while generating few if any unwanted side effects like flickering or edge shimmer. I was also impressed with the level of HD detailing and texture the P42G15 can muster from favourite Blu-rays, and with the lack of noise in the set’s rescaled standard def sources. 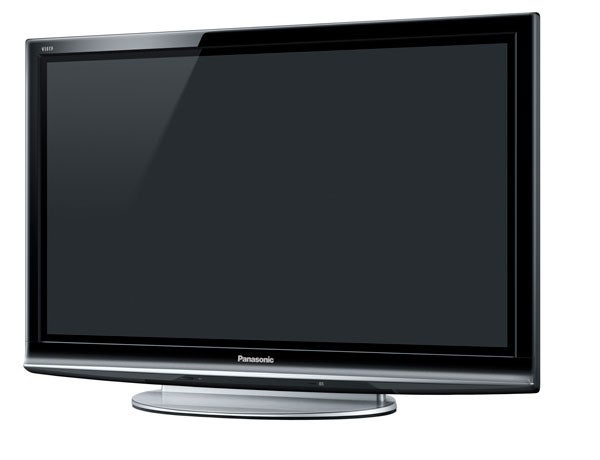 Having made that standard def point, however, there are TVs out there that manage to make standard definition look slightly sharper. And it has to be said, too, that the Dynamic picture preset that I like so much with HD can leave some colours with standard def looking far too overblown, leading to a much larger reduction in contrast than is necessary with HD images. In fact, because of this I’d strongly advise anyone who buys a P42G15 to spend some time calibrating the TV’s settings with the help of a simple set-up aid such as the Digital Video Essentials HD Basics Blu-ray disc.


Other negatives find one or two green tones looking a little out of kilter and unsubtle compared with other colours in the TV’s palette, and slightly more colour banding than you get with some other full HD TVs.


But the P42G15’s pictures are still, once calibrated well, a clear cut above those of most 42in TVs. And since they’re joined by a predominantly clear, clean, reasonably potent and well-dispersed soundstage that’s only a little bass short of being seriously impressive, the P42G15 undoubtedly adds yet more ammunition to our belief that Panasonic’s NeoPDP screens are well worth going for ahead of the brand’s budget models.


Although it takes a bit of initial work to get the best out of the P42G15, making us wish Panasonic had put a bit more effort into its picture presets, it’s still entirely capable of being an excellent TV.


Given that its picture quality doesn’t seem to differ from that of the cheaper (by a couple of hundred pounds or so) P42G10, I’m bound to say that maybe that’s the model to go for ahead of the P42G15 if you’re not bothered about the latter model’s extra HDMI and multimedia/online talents. But this is a personal decision for you to make yourselves rather than any reason for me to downgrade the set’s marks.