Over the past few weeks, after a plethora of Panasonic TV reviews, one thing has become increasingly apparent. Namely that Panasonic’s new plasma range is the most polarised yet, thanks to the introduction of the brand’s new NeoPDP panels.


In other words, the NeoPDP screens found in Panasonic’s new mid-range and high-end plasma TVs, with their enhanced brightness/contrast, flexibility and eco-friendliness, have left us feeling just a little nonplussed by the brand’s non-NeoPDP panels, as found in the relatively low-end X10 and S10 ranges.


So it’s good news indeed today to be able to start the review of Panasonic’s 42in TX-P42G10 by saying that it’s the proud owner of a NeoPDP panel, and so immediately has a better chance of winning me over.


That’s not nearly the end of the good early news, either. For instance, the screen also enjoys a Full HD resolution, despite the difficulties in squeezing 1,920×1,080 plasma chambers (pixels) into a 42in screen. Then there’s the fact that it’s got a native claimed native contrast ratio of 40,000:1 that rises all the way up to a giddy 2,000,000:1 if you employ the TV’s ‘dynamic’ contrast features. 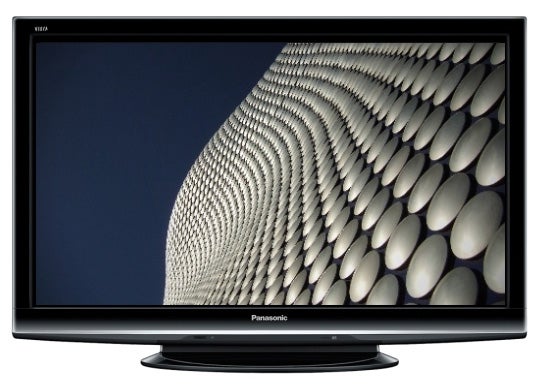 If that doesn’t grab you, how about its carriage of both Freesat and Freeview tuners, complete with full electronic programme guide support for both? Or the fact that it enjoys a 600Hz refresh rate?


Impressive though all of this sounds, though, it would be remiss of me not to point out that the P42G10 actually only sits somewhere around the mid-point of Panasonic’s latest range, lacking the internet connectivity and super-slim designs that help distinguish its truly premium models (due here in the next few weeks).


An inevitable upside to the P42G10’s mid-range position is that it really doesn’t seem expensive for what’s on offer. Under £1,000 for a 42in Full HD Freesat TV seems pretty aggressive to us – especially if the set does as I hope and delivers the same sort of AV performance I’ve witnessed on other NeoPDP plasmas recently.


As with most Panasonic TVs I’ve seen for the past year or two, the P42G10 doesn’t set the world on fire aesthetically. Its build quality is decent enough, but otherwise its gloss black finish offset by a solitary little silvery strip along the bottom does nothing to stand out from the crowd.


It’s slightly disappointing, too, to find the P42G10’s connectivity only including three HDMIs rather than the four we’re starting to see on a growing number of step-up TVs. But then, of course, this TV does have a built-in Freesat tuner, saving you the trouble of connecting one of the most common external devices to the P42G10.

I find the P42G10’s decision to only provide an SD card slot a little galling too – even though that slot can play AVCHD movies as well as JPEG stills. For while I understand Panasonic’s desire to promote its own card storage format, it would have been nice if they could have seen their way to including a USB port as well.


One other multimedia touch the set does carry, though, is an Ethernet port. But here again this proves a little more limited in its scope than we would ideally have liked, since it’s just there for accessing future Freesat services (most notably the forthcoming BBC iPlayer service). In other words, it can’t be used to pull in multimedia files from a PC, or for accessing Panasonic’s new VieraCast online system.


Tucking into the P42G10’s pictures, the first thing that strikes me, as with other NeoPDP screens, is how much more flexibility you’ve got with its picture settings, at least when it comes to the key issue of brightness. For the screen can go much, much brighter than Panny’s non-NeoPDP screens, putting it much nearer the sort of brightness ballpark that helps LCD TVs seduce so many people in a shop environment.


While this fact might help people who have to use their TV in a pretty bright environment, though, it’s also great for people with dark rooms, since they have the flexibility with the P42G10 to drastically reduce the screen’s brightness in return for considerable power savings. In fact, Panasonic estimates that if you set the P42G10 to around the same brightness level as that delivered at best by its non-NeoPDP screens, you’ll be using around 50% less running power. 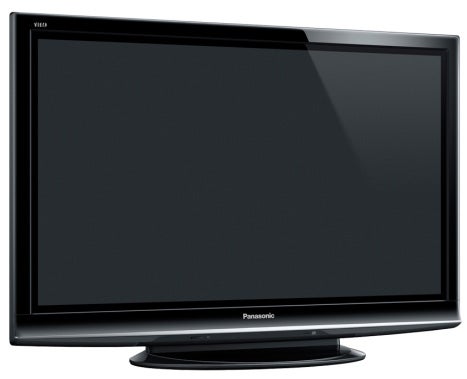 What’s even better about the P42G10’s NeoPDP brightness potential is the fact that it’s delivered without compromising Panasonic’s legendary (well, until Pioneer’s KURO screens came along, anyway!) black level response. As a result, it’s possible to get dark scenes looking more dynamic than they do on non-NeoPDP Panasonic plasmas.


It’s also possible to get pictures looking much more fluid than they do on cheaper/older Panasonic plasmas. The P42G10’s 600Hz effect, created with the help of the brand’s Intelligent Frame Creation technology (which interpolates extra, completely new frames of intermediate image data between a source’s ‘real’ frames) really helps reduce the judder with horizontal motion that’s long been one of our only sources of dissatisfaction with Panasonic’s plasma TVs.


There’s certainly still room for further improvement: Philips’ HD Natural Motion processing and Sony’s 200Hz engine both deliver greater fluidity still, for instance. But then the P42G10 does deliver its motion improvements without generating seemingly any obvious processing side effects.


Plus it has another compensatory string to its motion reproduction bow, namely the fact that plasma technology is virtually immune to the sort of response time issues that LCD screens have to put so much processing effort into countering. As a result, motion doesn’t significantly smear or lose resolution as it goes about its business.


This fact, together with no obvious signs of image delay provided you use the supplied Game picture preset, helps the P42G10 become a really good screen for gaming when considered against the smearing and lag problems witnessed with many affordable LCD TV rivals.

More good news about the P42G10’s pictures finds it reproducing high definition from Blu-ray or the Freesat tuner with good clarity and detailing – especially since this clarity remains relatively unspoiled when things in the picture start to move.


I should probably add here that the P42G10’s attention to fine detail and sharpness isn’t as aggressive as that of some rival TVs – especially LCD ones. But I’d argue that the Panasonic’s less forced approach is ultimately more natural, if slightly less impactful.


More great news about the P42G10 is that in typical plasma style, its pictures don’t lose black level response and colour saturation if watched from a wide angle – a potentially crucial issue for family households, where some poor soul is always left having to sit off to the TV’s side. 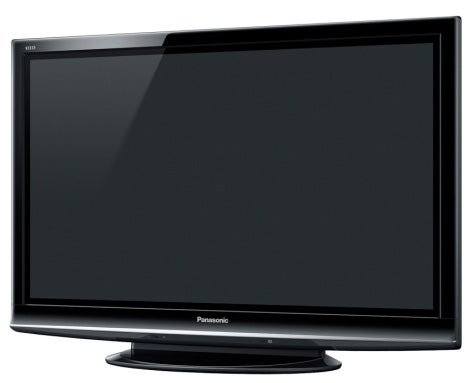 The P42G10’s pictures aren’t perfect by any means. As noted with some earlier reviews of Full HD Panasonic plasmas, this 42-incher doesn’t do a particularly great job of rescaling standard definition pictures, leaving them looking rather soft and short of detail. However, while I’d like to see Panasonic improve this for future generations, the soft standard def tone does actually have a fringe benefit, which is that Freeview and Freesat standard def sources don’t seem as afflicted by MPEG blocking/twitching noise as they do on most ‘sharper’ screens.


My other concern is that pictures sometimes look a touch orange in tone, especially when watching standard definition. But this issue is sufficiently slight that it becomes something you quickly become accustomed to, rather than a continual distraction.


The P42G10’s audio, meanwhile, performs in line with most other Panasonic flat TVs we’ve seen lately. Which is no bad thing, for that means the soundstage has sufficient power and range to go really loud without sounding too harsh or distorted. What’s more, it does a decent job of picking out treble details, and voices sound clear and credible. A touch more bass extension would have been the icing on the cake, but overall this TV is good enough to make buying a separate sound system a step-up option rather than an absolute necessity.


The P42G10 continues to prove that Panasonic’s NeoPDP panels have moved the brand’s plasma technology up a gear, and so are well worth saving up for over Panasonic’s latest non-NeoPDP models.


I should say that even the introduction of NeoPDP doesn’t raise Panasonic’s game right up to the level exhibited by the last of Pioneer’s 9 series plasmas. But once you’ve taken the P42G10’s aggressive price and Freesat tuner into account, it still stands out as another seriously fine addition to Panasonic’s impressive plasma tradition.