When I first lined this TV up for review, I have to hold my hands up and admit that I’d kind of made my mind up about it before it even arrived.

This shocking state of prejudgmental affairs came about from my experience with other, larger members of the flagship PZ800 family, which led me to suppose that the 42PZ800 would be a more or less awesome performer, but a tad too expensive for comfort given how great Panasonic’s cheaper plasma TVs are right now. 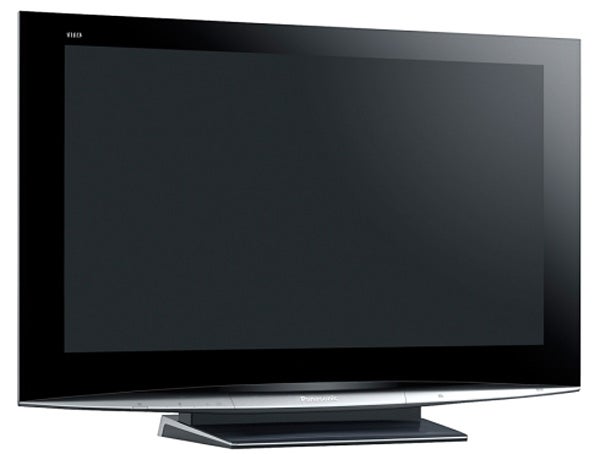 But as I settled down to search the web this week for the latest pricing on the 42PZ800, everything changed. For I found the 42PZ800, complete with Panasonic’s floorstanding cabinet option, going for a competitive £1,133. I did find it for £890(!) at one point but that price disappeared into thin air a few hours before this review was published – a reminder that online prices can fluctuate very rapidly!

For once, though, Panasonic can even claim to get off to a great start with the 42PZ800’s looks. For while the chassis of the main 42PZ800 screen is, as you’d expect, no different to the slightly bland black rectangles of its larger siblings, the addition of Panasonic’s own cabinet suddenly brings the whole design to life. It emphasises the 42PZ800’s slimness while also giving the overall screen design a much greater sense of purpose, as it becomes an integral component in what’s actually a very stylish ‘bigger picture’.

The PZ800 range is also exceptionally well qualified in the connectivity department, distinguishing itself in particular from other TV series lower down Panasonic’s range by having four v1.3 HDMIs. Another ‘flagship’ connection feature of the 42PZ800 is the way its SD card slot can play AVCHD video as well as JPEG stills – a potentially very handy touch for camcorder users.

While we’re focussing on issues that distinguish the 42PZ800 from lower models like the 42PZ85, we need to cover the 42PZ800’s Advanced Smart Sound audio system. This employs a system of separated tweeters and woofers rather than the usual single, all-in-one speaker design, and so should deliver greater power and clarity. 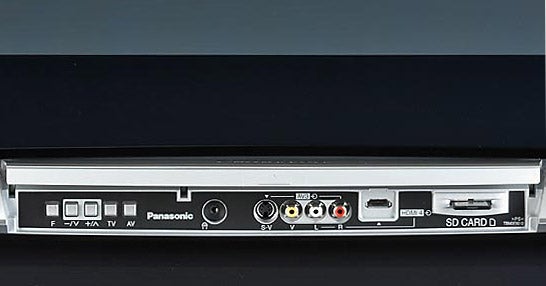 Not surprisingly the 42PZ800 benefits additionally from an impressively long list of Panasonic’s latest video processing technologies. Probably the single most significant of these is V-Real 3 Pro, which works to improve almost every element of the picture – particularly, from our experience, noise reduction and scaling clarity.

Given how impressed we’ve been by it on other screens, meanwhile, it’s also great to find the 42PZ800 carrying Panasonic’s Digital Cinema Colour, which has enough power to produce a claimed 5,120 equivalent steps of gradation. This, Panasonic reckons, helps the 42PZ800 enjoy a colour range similar in scope to that of a commercial digital cinema.

Real Black Drive is on hand, too, to offer enhanced current control and so bolster the 42PZ800’s black level response, while motion fluidity and stability benefit from 100Hz processing and Panasonic’s Intelligent Frame Creation (IFC), the latter of which calculates new frames of image data designed to fill in the gaps between the ‘real’ ones being delivered by a source. 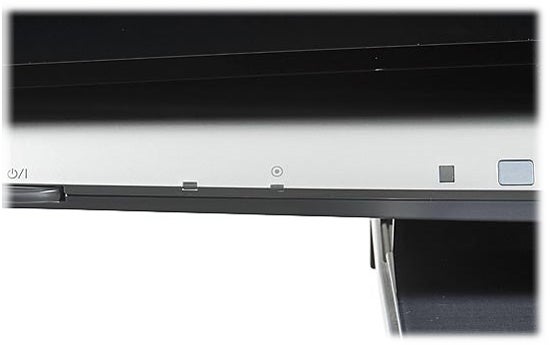 A couple of final important facts to note about the 42PZ800’s specification are its claimed maximum contrast ratio of a million to one (nice), and its Full HD resolution. This 1,920 x 1,080 resolution is particularly notable, since Panasonic remains the only company currently offering Full HD 42in plasma TVs.

I guess it’s possible that the tough technological demands of making plasma cells small enough to squeeze 1,920 x 1,080 of them into a 42in screen could raise doubts about whether the 42PZ800 can perform as well as the bigger models in Panasonic’s PZ800 range. But really that’s just me trying to inject a little false excitement. For in reality, the 42PZ800 is every bit as accomplished as you’d expect from both its specification and its Panasonic heritage. 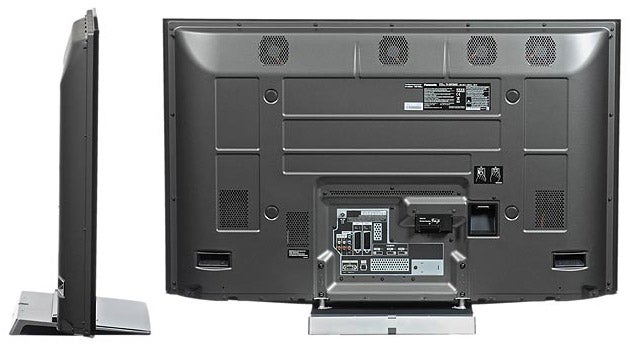 The thing that particularly catches the eye in these days where LCD generally rules the shelves is how dynamic the picture is. For inky black levels sit side by side with bright, realistic peak whites as if achieving such a natural and cinematic feat were the easiest thing in the world, when in reality – as any LCD screen will tell you! – delivering excellent black levels and bright content within the same frame is actually very tricky for flat TVs to accomplish.

Critically the 42PZ800 manages to make its Full HD resolution count, too, as pristine HD sources like ”Transformers” on Blu-ray or ”Gears of War 2” on the Xbox 360 both look marginally crisper and cleaner than they do on Panasonic’s HD Ready 42in models. There’s maybe not quite the extreme HD snap witnessed with the very best Full HD LCD screens, but then unlike most LCD rivals, the 42PZ800 also retains its resolution when the picture contains significant amounts of motion. 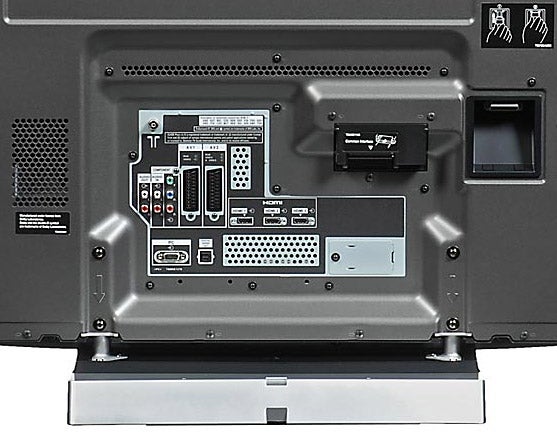 In a similar fashion, while you might argue that the 42PZ800’s colours aren’t quite as bright and aggressive as those of some rival LCD screens, they’re outstandingly believable in tone, and rendered with a degree of subtlety when it comes to blends and shading detail – even in dark scenes – that’s far preferable to any amount of squint-inducing brightness.

I suspect that the 42PZ800’s Full HD resolution has a part to play in its brightness and colour finesse too, thanks to the extra pixel density involved.

The judder actually disappears entirely if you call in the 42PZ800’s IFC processing. But I’d urge you to only use IFC with caution, for it can generate some distracting flickering and shimmering side effects if used with really fast action, like a sporting event or high-octane film scene.

Another minor issue to be aware of is that to my eyes, while the 42PZ800 is marginally superior to Panasonic’s 42PX80 HD Ready entry-level 42in plasma screen when showing HD, the cheaper model arguably looks a little more natural, or at least less noisy, with standard definition. 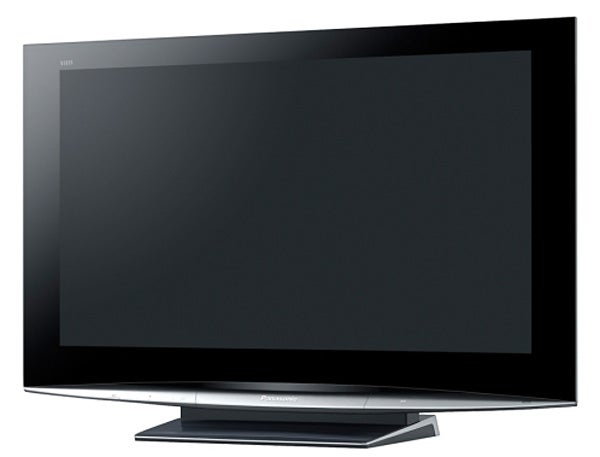 It wouldn’t pay to get too hung up on this, as the 42PZ800’s standard def efforts still look better than those of the vast majority of other Full HD flat TVs we can think of. But if HD is and will likely continue to be a very small part of your life, then yes, you might be as well to save a few bob and go for the 42PX80 instead.

Trying to drag my attention away from the 42PZ800’s mostly terrific pictures for a minute or two to concentrate on its audio turns out to be a far more satisfying experience than I’m used to with flat TVs. The explosive dynamics of a ”Call Of Duty 5” set piece blast forth with exceptional power; the exceptional subtleties of ”Seven’s” desolate cityscape are deftly handled; vocals always sound clear and credible; the soundstage spreads over a decently wide area; and there’s even a solid amount of that rarest of flat TV audio commodities, bass.

The 42PZ800 is a terrific performer only slightly tarnished by the fact that Panasonic’s also excellent PZ85 and even PX80 models are available for less money. However, for the stated price, we should remember that a sumptuous cabinet is included, making it a rather tempting bit of kit overall.