Turning to other key specs of the L42E6, its Full HD pictures are driven by a native 100Hz edge LED-lit panel with back-light blinking. It’s ‘A’ rated for power consumption by EnerG, and carries a Freeview HD tuner. There’s no local dimming technology (that’s reserved for the new DT65 and WT65 ranges), but you do get a dynamic contrast system. We were also relieved to find that Panasonic has righted a pretty serious wrong from its 2012 LCD TV range by including a backlight adjustment among the picture set-up tools.

Better still, if you select the Custom picture preset, you can then access an Advanced Settings menu that includes such helpful fine tuning tools as an automatic gamma control system (which you can tweak or deactivate), a black expander, a white level booster, as well as startlingly detailed and flexible white balance, colour and gamma management systems. These are all great tools to have on such an affordable 42-inch TV.

There are a couple of notable feature omissions though. The biggest of these is the lack of any 3D support; this is saved for Panasonic models with a ‘T’ in their name, the nearest example of which would be the new ET65 range.

Also frustrating is the continued and increasingly inexplicable absence of LoveFilm (and, to a lesser degree, Blinkbox) from the Viera Connect video platforms. We were also slightly disappointed that the impressive catalogue of Gameloft online games that proved such a hit with us on last year’s Panasonic online TVs have been left out too. We’ve asked Panasonic for clarification of why these games aren’t there any more, but we’ve not heard back yet. We’ll update this review when we do. 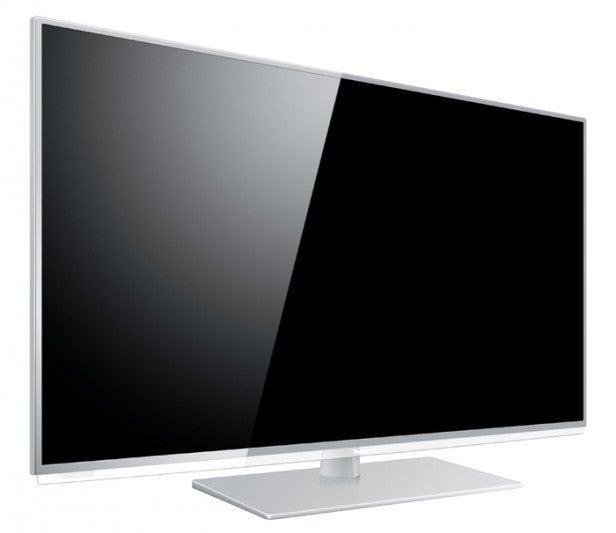 With Panasonic’s hit and miss 2012 LCD performances still rather fresh in our minds, we unleashed the L42E6 on a selection of TV and Blu-ray material with a degree of trepidation. But right away two positives become abundantly clear. First, the usefulness of the new backlight adjustment in optimising pictures, and second, the fact that Panasonic has clearly been working hard on improving its LCD pictures, even on screens that sit in the lower half of its range. Typical HD TV footage from both the built-in tuner and a connected Sky HD receiver all looks more or less great.

Particularly impressive is the set’s colour response, which delivers plenty of punch and vibrancy while also, crucially, maintaining a level of tonal subtlety and balance that is rare indeed at the relatively affordable end of the LCD market. You don’t have to work very hard to achieve these great colours either; just turn off the Vivid colour option, and avoid the Dynamic preset, and you’ll be fine.

If you’re watching films in a dark room and can’t be bothered to fine tune things via the excellent tools we mentioned earlier, we’d recommend the Cinema or True Cinema presets. Though for viewing normal daytime TV fare in a bright room, the Normal mode will likely satisfy you more.

We were also happy for the most part with the sharpness of the L42E6’s HD pictures, which never leaves you in any doubt that you’re watching and enjoying the added detail that only an HD source can provide. You should, it must be said, turn off all the noise reduction processing to keep detail levels high, and there’s a trace of resolution loss when the L42E6 is presented with fast-moving objects that we’d expect to see reduced by some of the more expensive sets in the range.

Overall though, we found ourselves never less than very satisfied with the L42E6’s HD clarity – especially given its price. 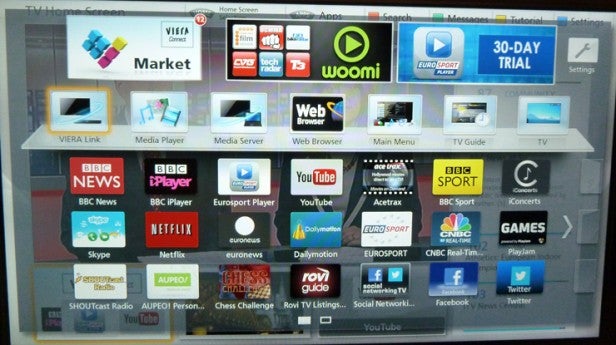 While it’s possible these days to lead an almost exclusively HD TV life, it’s nonetheless reassuring to find that the L42E6 is exceptionally capable when it comes to the upscaling of standard def sources. The upscaling processing does a great job of adding more pixels of image data without making the picture look fizzy or soft. Nor does it tend to exaggerate any noise that might be present in a standard def source.

The L42E6 offers better contrast performance than we’d expected, at least compared to last year’s equivalent Panasonic models. This is borne out when we switch to more demanding content like the final Harry Potter film and Skyfall on Blu-ray. Dark scenes in these movies display markedly deeper blacks on the L42E6 than we saw from the mid-range models in Panasonic’s 2012 range. This immediately makes dark scenes look vastly more convincing – as does the fact that the L42E6 is able to produce its new black level credibility without having to remove so much brightness from pictures that large amounts of shadow detailing get crushed out of the image.

In fact, even during tricky high-contrast shots like the sequence in the final Harry Potter film where Harry tries to get a Horcrux from a treasure room rapidly filling with magically ‘reproducing’ treasure, the L42E6 retains an exemplary amount of shadow detail for a set at this level of the market. It’s worth stressing that this shadow detail talent works wonders with giving dark scenes the same sense of depth and scale you get with bright ones.

Used as the main TV for the review period
Tested for more than a week
Tested using industry calibrated tools, discs and with real world use
Tested with broadcast content (HD/SD), video streams and demo discs
Previous
Panasonic TX-L42E6B Review Next
Performance and Conclusions Review