The L42E6’s impressive contrast performance can also be seen in the impressive lack of brightness ‘jumping’ during dark scenes (even when the adaptive backlight feature is set to active), and in the beautifully measured way the screen can reproduce very dark and very bright image elements simultaneously without making either seem over-dominant.

Also a massive relief is the almost complete absence of any backlight clouding from the L42E6’s dark scenes. This flaw remains the most common problem with edge LED TVs, so finding it handled so well on a screen as large as the 42in L42E6 – even when watching 21:9 material with black borders above and below – fills us with hope for the TV year to come.

It further benefits the L42E6’s dark scene reproduction that the screen soaks up ambient light unexpectedly well, reducing the disruption to your viewing you get if objects and light sources in your room are reflecting on your screen.

It’s worth adding, too, that the L42E6’s black level response might actually be superior to that of models higher up in Panasonic’s range, on account of those other models using IPS panels (the L42E6 uses a VA-type panel) which have historically struggled where black level is concerned. 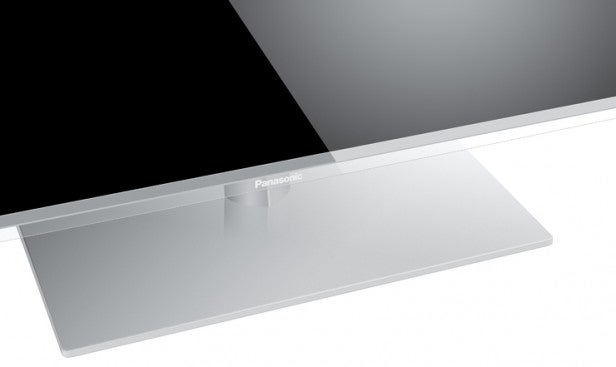 Blu-ray also underlines our feelings about the L42E6’s sharpness, delivering images that look clean and detailed, but not so forensically that they slip over into looking noisy. The subtlety of the TV’s greyscale reproduction is also startlingly good for such a cheap TV, combining with the aforementioned natural sharpness, outstanding colour finesse and strong contrast performance to give pictures a wonderfully nuanced, cinematic look.

While most if what we have to report is positive, there are some minor issues with the L42E6’s pictures. For starters, while its black level response is a huge improvement from Panasonic’s 2012 efforts, dark areas still look a touch blue/grey versus a few premium LCD TVs and, of course, Panasonic’s own plasma TVs. This arguably makes them better options for relatively bright rooms than extremely dark ones, where plasma technology will likely suit you best. To be clear about this, though, the improvements Panasonic has wrought to the black level handling of the L42E6 certainly doesn’t preclude the set from being a very decent movie monitor, even for fairly serious video enthusiasts.

Another issue is that there remains slight – but only slight – resolution loss over moving objects with Blu-ray. Otherwise, though, we’d say motion actually looks unusually natural. The marginal motion blur is also evident when using the L42E6 as a gaming monitor. That said, its decent black levels and other image subtleties provide plenty of compensatory benefits. We measured input lag at an average of 36ms – low enough not to spoil your gaming abilities. 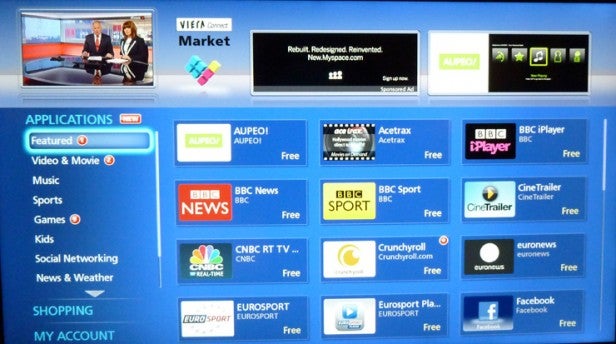 The intensely slim frame around the L42E6 doesn’t bode particularly well for its sound quality. But Panasonic has improved things here too, for while action movie sequences still sound a bit compressed and short of bass, they sound clean and well-rounded enough – even at high volumes – not to actually distract you from what you’re watching. And that’s about as much as you might fairly expect from such a slim and affordable screen.

Last year’s Panasonic LCD range ended up feeling like an ultimately unsuccessful attempt by the brand to get to serious grips with a technology it wasn’t as familiar with as its beloved plasma. The L42E6, though, does enough with its design, features, operating system and, above all, picture quality to already have us thinking that Panasonic has learned fast enough to become a very serious LCD player indeed in the 2013 TV season.