Amid much oohing and aahing during its press conference at the start of the IFA 2015 technology show, Panasonic revealed that it was finally going to launch an OLED TV. And when I say launch, I actually mean put on sale. The new TV even has a model number: the TX-65CZ950.

Of course, LG already has a range of OLED TVs on the market, so Panasonic has been keen to stress that it believes its screen to be superior to those of its rival, pointing in particular to a more advanced processing engine and the involvement in its colour tuning of professional Hollywood colourist Mike Sowa. But does all Panasonic’s fine talk actually translate into a better picture?

I actually got to see the 65CZ950 in action a couple of months ago during a trip to Panasonic’s Hollywood Laboratory in LA, and from what I witnessed there, I’d say Panasonic’s claims for its first OLED TV are anything but hot air.

For starters, the screen’s black-level response is simply incredible. And I mean another order of incredible beyond anything I’ve seen from an OLED TV before – especially when it comes to uniformity. Watching a few of the brighter shots from Oblivion – a film that was worked on by Mike Sowa – showed the screen suffering from none of the dimmed edges sometimes visible on LG’s current OLEDs. Panasonic puts this extra brightness consistency down to driving the curved screen in a different way to its LG rival. 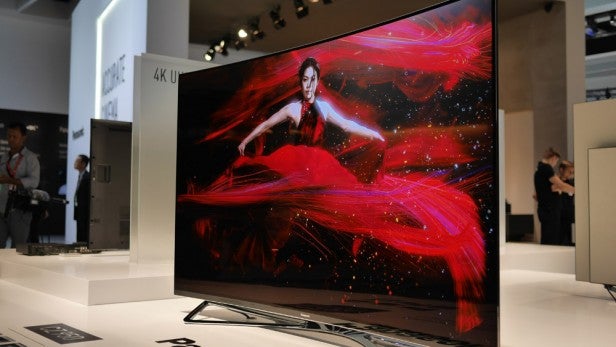 OLED’s ability to deliver what Panasonic calls ‘Absolute Black’, without compromising light elements that might be sitting alongside the darks, is rendered with stunning potency by the 65CZ950. This makes me feel more inclined to see OLED as a potentially great deliverer of HDR content, despite its brightness limitations versus LCD.

In fact I was shown HDR as well as standard-range clips during my time with the 65CZ950, and I’m happy to confirm that it looked stellar. Brighter and more dynamic certainly, but also never gaudy or overblown.

Another key area where the 65CZ950 seemed to me to stand above its rival screens is shadow detail. Supposedly as a result of input from Panasonic’s plasma engineers, the brand’s OLED screen manages to deliver what feels like every last drop of gradation from dark scenes, ensuring that such scenes never look in any way forced or hollow.

The 65CZ950’s colour reproduction, meanwhile, can only be described as exquisite. It combines a noticeably more dynamic colour appearance to that of previous OLED TVs, with a stunning degree of tonal finesse and, most strikingly of all, an ability to sustain natural, rich colours even in very dark areas that we just haven’t seen before. This, together with the greyscale subtleties mentioned earlier, helped the 65CZ950 deliver pictures of jaw-dropping 4K sharpness. 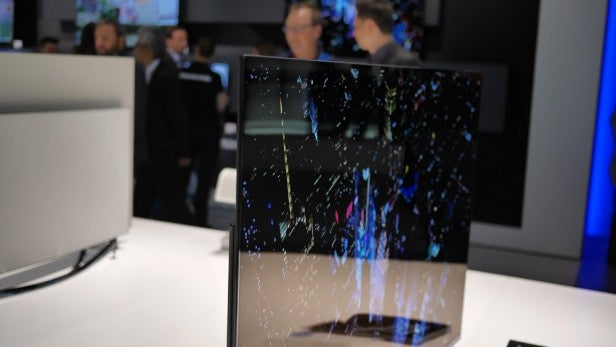 If there’s any area where the 65CZ950’s pictures could potentially put some buyers off, it’s the effects of its curved screen. Curved screens can distort image geometry for off-axis viewers, as well as distorting reflections across more screen space than a normal flat TV would.

However, while it would certainly be lovely to get a flat OLED option from Panasonic too at some point, we’d argue that 65 inches is just big enough to make curved screens bearable, and the 65CZ950 also seemed one of the better curved TVs we’ve seen when it comes to soaking up onscreen reflections.

While we will, of course, need to get a 65CZ950 into our test rooms before we can be absolutely certain about its abilities, from what I’ve seen so far it stands a real chance of becoming the new benchmark TV against which all others will have to be judged.