The 55AX902 is, finally, the LCD TV that Panasonic believes has what it takes to become the natural successor to its much-missed plasma TVs. At £3500 for a 55-inch TV it’s fair to say that the technologies required to achieve this plasma-rivalling feat don’t come cheap. But if it delivers on its promise, we suspect there will be plenty of home cinema fans willing to delve suitably deeply into their bank accounts…

The 55AX902 looks and feels serious. Its impressive build quality bristles with high-end promise, while its reasonably trim black frame is mostly an exercise in minimalist conservatism – except for the extravagant strip of blue light that runs almost the TV’s full width on the bottom edge. (And before you ask, yes, you can turn this light off!) 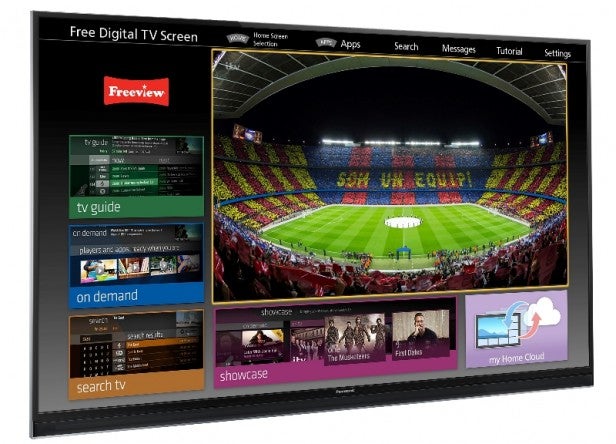 Also interesting is the way Panasonic attaches the screen to the front of its desktop stand, so that it looks as if the TV is resting purely on that illuminated bottom edge. The only problem with this piece of optical trickery is that it requires the base behind the screen to be phenomenally heavy, making the set extremely hard to move once you’ve put it together.

As you’d expect from such an expensive, ambitious TV, it’s well stocked with connections: four HDMIs, three USBs, an SD card slot, twin Freeview and Freesat HD tuner inputs, plus both Ethernet and Wi-Fi. Even better, the HDMIs are not only all built to the HDMI 2.0 specification, but have enough bandwidth to handle full 4:4:4 chroma sub-sampling for the sort of extra colour nuances that might become available with the forthcoming 4K Blu-ray format.

We’re also very happy to report that, for the first time ever on a Panasonic TV, we were able to watch Netflix’s 4K/UHD streaming service thanks to the 55AX902’s built-in support for HEVC streaming. The Panasonic AX802 series has also just received an update for Netflix 4K, but the 55AX902 is the first Panasonic 4K TV to support it right out of the box.

Needless to say the 55AX902 carries all of Panasonic’s 2014 Smart TV features. Highlights of these include integrated support for the Freetime catch-up TV services with apps for all the biggest UK broadcast channels; Panasonic’s customisable My Home Screen interface; TV Anywhere for remotely accessing the TV’s tuners and USB recordings via tablets and phones from anywhere in the world; and the slickly presented My Stream system for presenting links to TV shows and other content the TV thinks you’ll like.

Admirable though much of this is, we’ve covered it all before in a dedicated Panasonic Smart TV system review. So let’s just cut to the chase with the 55AX902 and explore how it goes about fulfilling its promise of outperforming plasma (and justifying that price!). 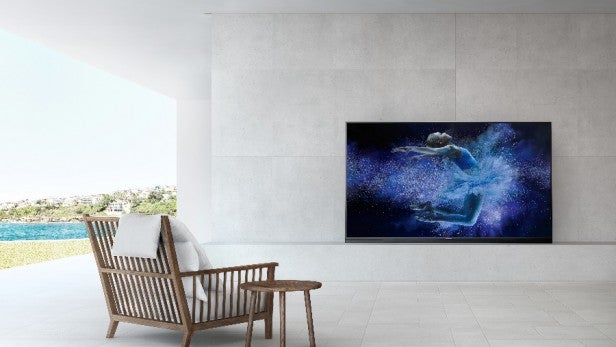 There are essentially six key areas from which the 55AX902 hopes to derive its plasma-beating pictures, starting with its use of a native 4K panel.

Obviously the 55AX902 isn’t the first 4K TV. But when you’re self-consciously trying to achieve your mission of outperforming plasma, it’s a key element, as it would have been immensely difficult – if not flat-out impossible – to fit 3840 x 2160 plasma cells into a 55-inch plasma screen. It’s no accident that the only 4K plasma TV we ever saw was 152 inches across…

The next step in providing a new grade of LCD performance is to introduce more brightness. This might sound counter-intuitive initially, given that more brightness isn’t always compatible with the rich black levels we loved so much about Panasonic’s plasmas. But plasma struggled with brightness, so the AX902’s claimed 700 Nits of brightness – roughly double typical LCD brightness – should help its pictures look spectacularly dynamic. Provided, of course, that the screen can control this brightness well enough not to ruin black-level response.

Which brings us to step three: using a combination of direct (rear-mounted) LED lighting and local dimming controls to make sure the extra brightness only impact images in the right way, and doesn’t destroy contrast. The 55AX902 is able to control separately 128 zones of LED lights. In conjunction with a new processing engine that analyses the light requirements of each ‘zone’ in relation to an unprecedentedly wide range of neighbouring zones, that should hopefully be enough to render deep blacks and punchy brights within a single frame.


One of the key benefits of using a high-brightness panel in the 55AX902 is that it can help colours look more punchy and dynamic. Something the AX902 seeks to build on by using LEDs designed to achieve a wider colour space than normal LCDs. This ‘Studio Master Colour’ panel works in tandem with a Super Chroma Drive that calculates colours via a ‘3D Lookup’ system drawing on a huge 8000 registry points, and a Black Gradation Drive that uses brightness compensation techniques to boost shadow detail to deliver a richer, more subtle colour performance even in the sort of dark areas where normal LCD TVs tend to struggle to retain natural colour response. 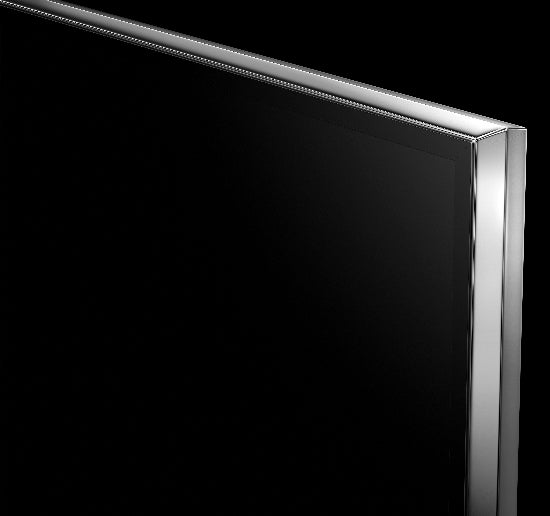 Not surprisingly, the sort of picture controls we’ve been talking about so far need serious brainpower behind them. This is where Panasonic’s Quad Core Pro5 engine comes in, delivering enough intelligence at enough speed to handle all the controls we’ve already discussed, as well as potent motion processing – the AX902 claims to emulate 3000Hz! – and upscaling of HD and standard definition to 4K. Part of this upscaling engine is the Super Clear System, which uniquely studies the texture of upscalable content through vector detection, so that it can better identify and remove source noise before applying its powerful upscaling algorithms.

Panasonic’s highest-grade plasma TVs – especially its ZT65 plasma ‘swansong’ – had an unparalleled reputation in the TV world for being able to achieve multiple key official industry picture standards. And remarkably given LCD TV’s usual limitations in comparison with plasma, the 55AX902 not only matches the ZT60’s achievements in this key area, but exceeds it.


So as well as being able to represent the Rec 709 standard developed for CRT HDTV monitors and the BT.1886 standard created with HDTV flat-panel monitors in mind, the 55AX902 can handle the BT.2020 colour space reckoned to fit best with 4K video. Or at any rate it can use its 3D Look-Up tech to convert the insanely wide colour range signals associated with BT.2020 to the 55AX902’s possible colour gamut.

Couple these massive efforts to cater for every key video standard with a uniquely comprehensive suite of picture calibration tools and it’s hardly a surprise to find the 55AX902 proudly bearing the endorsement of both the THX group and the Imaging Science Foundation.

The only concern for us in all of the 55AX902’s extraordinary array of picture technologies is its use of an IPS-type panel. While such panels are well set up to pump out more brightness, they also generally struggle to deliver a good black-level response. So here’s hoping Panasonic’s lighting controls can circumvent this thorny issue.

The sheer range and flexibility of the picture setup options supported by the 55AX902 is so extensive that covering everything here is impossible without writing the AV equivalent of War And Peace. The bottom line is that the calibration facilities on offer are so far-reaching that you can basically get the 55AX902’s pictures looking exactly as you want them to look, be it in line with a professional video standard or just something that suits your own personal tastes.

With Panasonic’s processing engine proving powerful enough to even support the use of almost all the set’s processing elements without them causing nasty side effects – at least on their relatively low power levels – the only guidance worth giving here is that you do have to work around the native contrast issues created by the IPS panel.

So, for instance, you should definitely be looking at making sure the local dimming system is active, and we’d also recommend sacrificing a fair chunk of the screen’s brightness to keep dark images looking evenly lit and black colours looking black. Make sure the Letterbox Dimmer feature is active, too, to keep the black bars above and below 2.35/2.4:1-ratio movies looking clean and cloud-free.

Panasonic has tried to make life easier by creating a Smart Calibration section for its TV Remote app that lets you adjust the picture quality via your tablet or smartphone over a huge range of parameters, as well as letting you monitor the effect of different parts of the set’s processing.


Even with this app, though, the sheer wealth of picture adjustments the 55AX902 provides does make it a very complex TV to use. Not least because various features you can adjust can have knock-on effects with other features.

With this in mind, unless you’re really confident about what you’re doing we’d suggest you consider paying an ISF engineer to come round and calibrate your 55AX902 for you.

However, there is some good news for technophobes who can’t afford to splurge on a professional install. Such is the cleverness and ‘joined-upness’ of the 55AX902’s picture engine that it’s capable of delivering pretty brilliant pictures more or less right out of the box. Partly because the set’s ‘normal’ mode is much more refined than the usual over-aggressive presets, and partly because the 55AX902 employs an Ambient Sensor mode that actually works for a change.

Trying to do a manual calibration for dark room conditions ended up with a result that was only marginally better than the automatic attempt delivered by the 55AX902’s Ambient Sensor mode and Normal picture preset – albeit with the Normal preset’s backlight reduced to 55 and its contrast reduced to 83.

This ability to deliver the goods right out of the box is very important when you’re dealing with a TV as complex as the 55AX902.