What is the Panasonic NN-CT585SBPQ?

The Panasonic NN-CT585SBPQ is a full-sized combination microwave, oven and grill with a respectable 27-litre capacity, but its design is unusually compact, particularly front to back, saving you 20% worktop space. It’s not especially fancy but it’s solidly made, the controls are good and most importantly the cooking results are excellent. 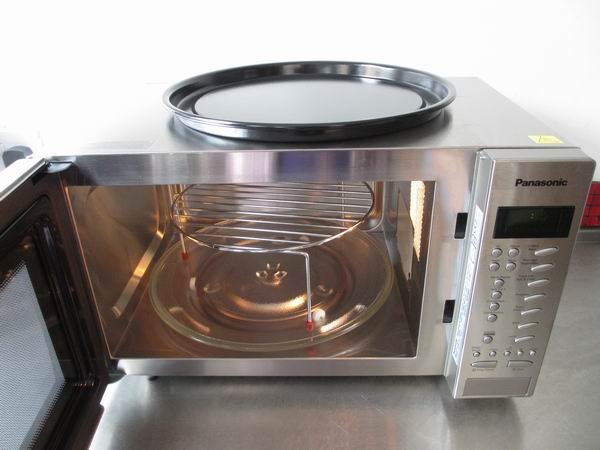 The design of the Panasonic is pleasant, with a brushed stainless steel finish all over that doesn’t collect fingerprints. Build is very solid and the buttons are responsive.

Its diminutive size is sort-of noticeable. You don’t look at it and think that it’s small (it isn’t) but you do gain a bit of extra space in front of the appliance compared with most.

The display includes a scrolling text “operation guide” that reminds you how to use it, but you can turn this off if it becomes annoying. It comes with a wire rack for grilling and an enamel tray for grilling and baking. Both are solidly built and fit in the microwave fine when it’s not in use. 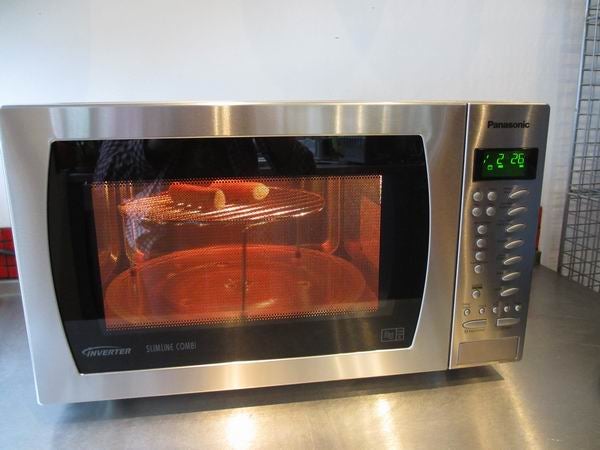 It also has an inverter. A magnetron (that’s the gizmo inside that makes the microwaves) can only be switched on or off, not turned down to low power. Most microwaves achieve low-power cooking then by turning the magnetron on and off. This and other Panasonics instead have an inverter so the magnetron is powered using an alternating current, which means its six power levels can be controlled precisely rather than just switched on and off.

We were disappointed with the length of the power cable, though. It’s a bit less than 1m long and emerges from high up on the back-right of the appliance. This means that if you’re seeking to place the Panasonic somewhere where the electrical socket is to its left you can only position it about 30cm away from the socket. That’s pretty limiting. 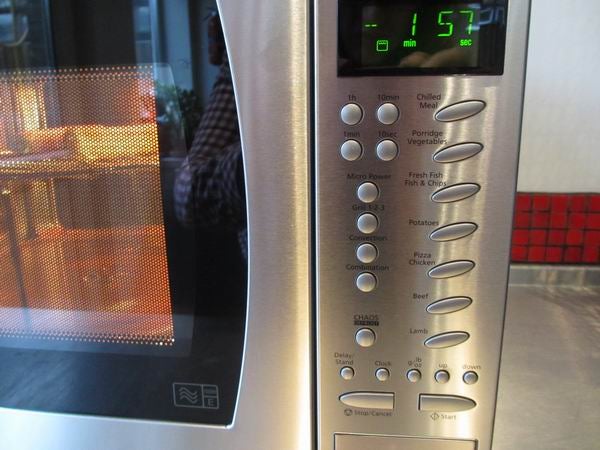 The Panasonic is a very pleasant microwave to use. The controls are intuitive and the cooking results are great. It’s not especially fancy, but it does feel like quality. For the price, we were impressed.

After an initial 5 minutes at 220°C to clean the interior after manufacturing, we set about grilling some bangers. We used the wire rack and grilled first for 8 minutes and then for another 4. This was enough to cook them just fine, but the grill is powerful and the food is close enough to the element that they were overdone at the top – more so than they would have been in our conventional grill. So if you’re grilling, be prepared to turn food frequently. 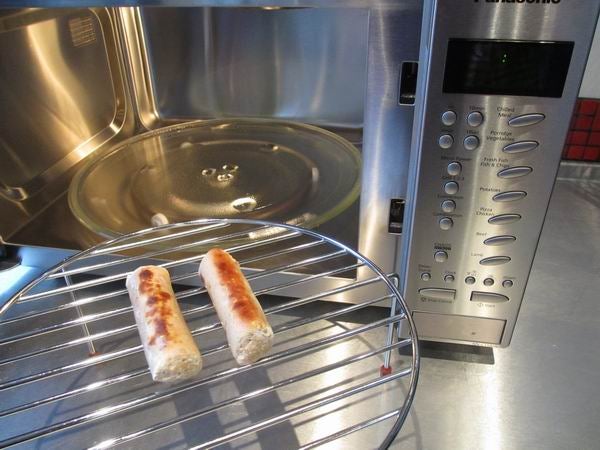 The combi jacket potato program was impressive, though. We baked a 460g spud by weight and it cooked it for 15 minutes, on the enamel tray. It was very nearly cooked to the middle and only needed a couple of minutes more: not bad considering it was one large potato, not a couple of smaller ones. And it was beautifully cooked: fluffy on the inside but crisp on the outside, definitely more like an oven jacket potato than a microwave one. 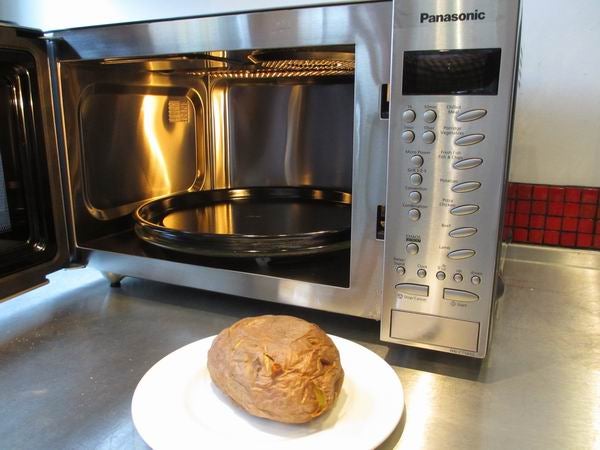 Defrosting was also better than most microwaves at this price point. We defrosted a 60g pitta bread using the chaos defrost mode, which pulses randomly. The minimum weight is 100g though, so we turned it over after 15 seconds and paused after 30 seconds of the 45 second program to find that it was ready. The results were good: soft but not damp. 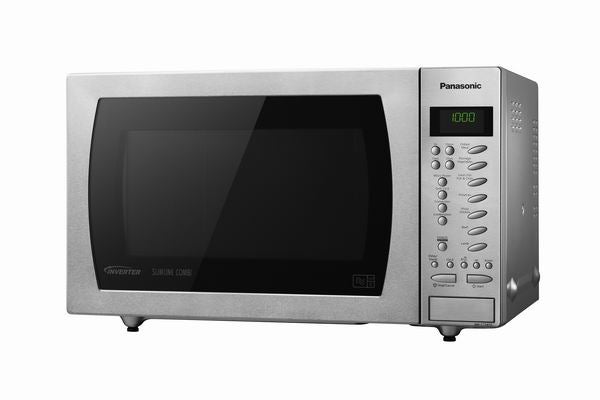 Should I buy the Panasonic NN-CT585SBPQ?

Yes. If this is the right budget for you, it’s hard to fault. It’s not especially flash, but it is good quality. It does a good job of cooking and takes up a bit less worktop space than most.

If you want a real premium appliance with a larger capacity (but no combi oven or grill) look at the Sage the Quick Touch. And if you’re on a tight budget and don’t mind a smaller capacity then the Swan Vintage SM22030 is a good, and good-looking, standalone microwave.

This combi microwave takes up a bit less space than most but it does a great job.