What is the Panasonic S1?

Along with its 47.3-megapixel sibling, the Panasonic Lumix S1R, the Lumix S1 is Panasonic’s first foray into full-frame mirrorless photography. 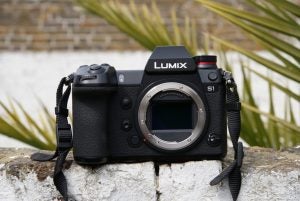 The S1’s full-frame sensor is a step up in size, dynamic range and low light performance compared to the Lumix G range’s Four Thirds sensors.

The Panasonic S1 also features five-axis dual image stabilisation, 4K video recording at 60fps, the highest resolution OLED viewfinder on a mirrorless camera, and a fast Depth From Defocus (DFD) autofocus system able to recognise not only human faces but entire bodies, as well as a variety of animals.

Both the S1 and S1R use the L Mount lens system originally developed by Leica for its SL, CL, T, TL and TL2 cameras. Leica, Panasonic and Sigma have entered an alliance to develop and manufacture further L-mount lenses.

There’s no getting around the fact that the Lumix S1 is a bulky camera by mirrorless standards – as large as many full-size DSLRs, in fact, and due to its mostly metal body it’s heavy too.

It’s tempting to attribute the hulking dimensions on the need to accommodate a large full-frame sensor, but Sony’s A-series of full-frame mirrorless cameras are significantly smaller. 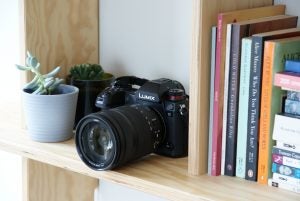 The Lumix S1 is about the size of a DSLR with a magnesium alloy body that feels built to last.

There’s nothing inherently wrong with a camera being big and buff, but potential buyers should know that the S1 is significantly larger and heavier than anything in the Lumix G series, especially with a large, mostly metal lens like the 24-105mm zoom attached (the lens Panasonic supplied for this review).

I wouldn’t want to carry it around my neck all day, personally – but the size does leave room for the superb screen and viewfinder.

The S1 is fully weatherproofed against splashes and dust, will operate at temperatures as low as -10 degrees Celsius, and feels built to last. There’s an absolutely huge grip for the user’s right hand to wrap around covered, like much of the body, in a textured rubber-like material to prevent slippage – even on drizzly days.

As befits a model aimed at photography enthusiasts, the Panasonic S1 is bristling with controls. If you already know your way around a high-end camera, you’ll likely be delighted with most of them: I found the adjustment dials to front and rear to be perfectly placed for my forefinger and thumb, and the dedicated autofocus mode button to be a godsend.

I’m not totally sold, though, on the unusual position of the power switch, which required a lot of getting used to, while the dedicated video record button felt too far from my thumb to press comfortably (luckily, you can also use the shutter button to stop and start recording).

The OLED viewfinder has around 5,760,000 dots and a 120fps refresh rate, making it one of the sharpest, smoothest, most lag-free EVFs I’ve ever seen; in fact, it’s the highest resolution EVF on any camera in this class. Stick your eye up to it and it’s almost like looking through an optical viewfinder, so lifelike is its image.

Below the EVF sits a 3.2-inch TFT touchscreen with a triaxial hinge – in other words, it can either be tilted up 90 degrees, down 45 degrees, or to the right around 55 degrees. It doesn’t do a full flip to face forward, but let’s be honest: this isn’t a camera primarily aimed at vloggers, so we can certainly live with what’s on offer. 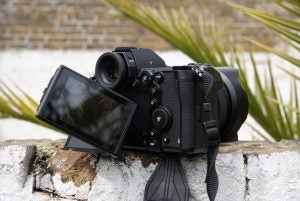 The S1’s articulating screen handily flips up, down and to the right, but doesn’t flip round to the front for vlogging to camera.

The screen’s touch capabilities come in particularly handy when attempting to quickly set a focus point – you can just tap the screen where you want the point to go. To avoid any unwanted interactions, a lock lever on the camera can instantly turn all touch sensitivity off.

The S1 comes with a Depth From Defocus (DFD) autofocus system, a form of contrast detection autofocus. Panasonic’s choice to go with this rather than a hybrid system might seem a little strange, given the S1’s position in the range (hybrid systems combine contrast and phase detection for a “best of both worlds” approach), but the company makes some grand claims about not only the DFD setup’s speed but its accuracy in low light.

In practice, I found it unpredictable at times. In terms of low light, I can only go with what I experienced using the 24-105mm f/4 lens, which isn’t really suitable for low light use, but the camera didn’t focus particularly quickly, and had problems keeping subjects in focus. I suspect the results would be faster with the 50mm f/1.4.

In better lighting, though, the autofocus system is far more brisk and accurate. For static subjects, it’s about as quick as you could ask for, and it can track moving subjects well, even if it doesn’t feel quite as responsive at keeping them in constant focus as some rival cameras. 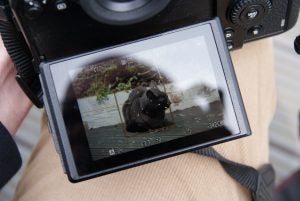 One advantage the S1 has over its competitors, though, is the sheer number of things it can recognise and lock onto – not only faces, eyes and human bodies but animals. This allowed me to film a lively seagull on the wing, keeping it locked in focus (almost) the entire time, and it should work for all kinds of other subjects who won’t sit still.

The S1 is quite a quick shooter, able to capture full resolution images at a continuous speed of 9fps, a significantly faster 30fps if you dial down the resolution to 6K (around 18-megapixels) or a frankly supercharged 60fps at 4K (around 8-megapixels).

In terms of storage, Panasonic has included two memory card slots: one for an SD card, one for an XQD card. The latter is likely to appeal to video heads, as XQD is designed primarily for the super-fast write speeds required by high resolution video recording; you could set up the camera to record stills to an SD card and video footage to an XQD card. That said, I instead used a 95MB/s SD card for all my video capture and had no issues whatsoever.

I was also impressed by the S1’s battery life, which seems to go on and on. Panasonic says you’ll get around 400 shots out of a charge when shooting using normal settings, and I have no reason to doubt that from my use. You can charge the battery using the included external wall charger, or connect a USB-C cable to the camera to top it up directly.

The S1R might be Panasonic’s model aimed at “pure” stills photographers, but the S1 is no slouch in this department either. 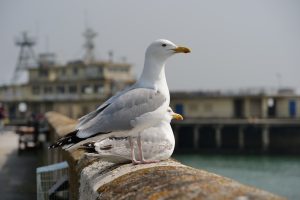 It’s got a wide ISO range, and you can push the settings up to ISO 12,800 before images become noticeably noisy, which makes it easy to get punchy, detailed images even in less than ideal lighting conditions – a situation where the excellent dual image stabilisation plays a part too. 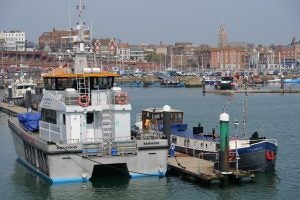 I found the 24.3MP JPEGs (using the camera’s Fine preset) to be natural-looking and richly detailed, but photographers seeking even crisper results can opt to give the High Resolution mode a try. Here, the S1 takes several exposures, shifting the sensor automatically between shots, then stitching them into a single 96-megapixel RAW file – a process which takes only a few seconds.

You’ll need a sturdy tripod to ensure the camera remains absolutely motionless as it captures the images (this takes a second or so), and you’ll obviously need to process the RAW file on your computer, but the results are beautifully detailed. 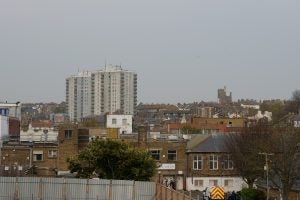 In the 100% crop of this image below, you can see the extra detail the hi-res mode (left) gives you over a standard S1 shot (right). 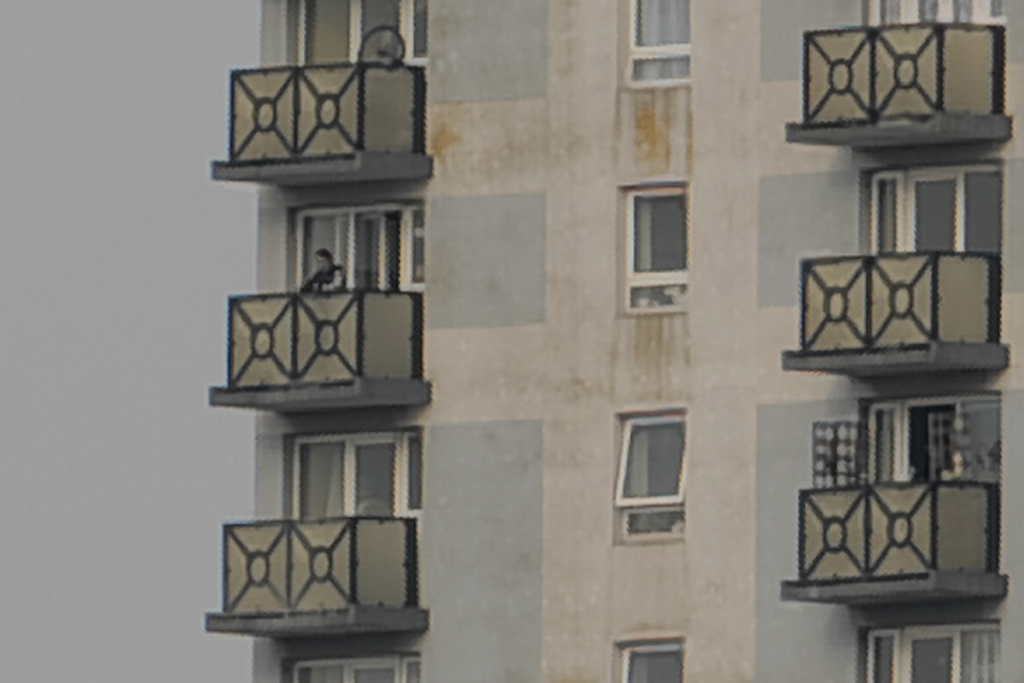 Video-wise, Panasonic has stepped into a bit of a controversy cowpat of its own making. The camera is able to internally record 4K video at 4:2:0 8-bit quality, but will require a future software update to record the higher quality 4:2:2 10-bit 4K footage that the Panasonic GH5S can record.

That’s not a problem in itself, but Panasonic also plans to charge an as-yet unconfirmed fee for this update – something that seems unnecessary given the S1’s already high asking price.

In any case, the “basic” camera’s video quality is excellent. It can record 4K at 60fps, or HEVC 4K with Hybrid Log Gamma HDR at 30fps, or 180fps video for slow motion playback at 1080p.

The 4K clips are beautifully detailed – have a look at our sample video above (recorded at 60fps in MP4, then slowed down to 24fps for the final clip) at full 4K resolution on a large screen TV if you can, as a small HD monitor really doesn’t do it justice.

Once again, the superb image stabilisation keeps the camera mill pond steady, and all my footage was shot without a gimbal or tripod.

Should you buy the Panasonic S1?

There’s no doubt that the Panasonic S1 is a superb camera: masterfully constructed, rich with features, and able to create stunning images.

You’d demand nothing less for £3,000, though, and it’s not as if Panasonic is the only player now operating in the mirrorless full-frame field: you also have Sony, Canon, Nikon and Leica options, with Sony the leading light due to its wide range of models and lenses. 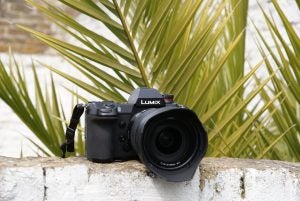 There’s nothing in the S1 that makes it truly stand out from, say, a Sony A7 III, and in fact I’d say the A7 III’s autofocus is quite a bit better. But as a first step into the full-frame waters, the S1 feels remarkably assured. It’s not a camera likely to disappoint even the most demanding photo or video enthusiast – but there’s still some room for improvement here and there.