What is the Panasonic Lumix FZ72?

It used to be that it was impressive when a bridge camera came with a 20x optical zoom. But lens technology has moved on so much that we now see that in compact cameras, while bridge cameras like the Panasonic Lumix FZ72 move things on to a different level. And that’s the right phrase because the FZ72 has a 20–1200mm focal range, which means an extraordinary 60x optical zoom. There are obvious risks associated with such a large optical zoom, so has Panasonic managed to pull off the inclusion of such a lens? 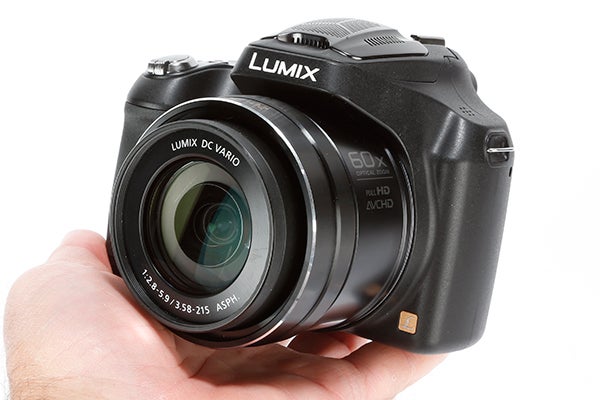 The Panasonic Lumix FZ72 may feature an extensive focal range – a feature we’ll look a little closer at in a moment – but it has a fairly small sensor by conventional standards. The 1/2.3-inch, 16.1MP CMOS is about the same size and resolution as most pocketable compacts, which could prove a handicap in our photo tests later on.

But the FZ72 isn’t just about photography as a hallmark of Panasonic digital cameras, including the FZ series, is their high-quality video capture performance. The FZ72 continues this tradition and as a result doubles as a respectable camcorder.

It shoots Full HD video in either AVCHD or MP4 formats, making it more versatile with regards to post-production software compatibility, while video can also be captured at a range of different frame rates. Furthermore, the FZ72 now features extra wind noise prevention technology through a new Wind Shield Zoom microphone. One thing it is lacking, however, is support for an external microphone. 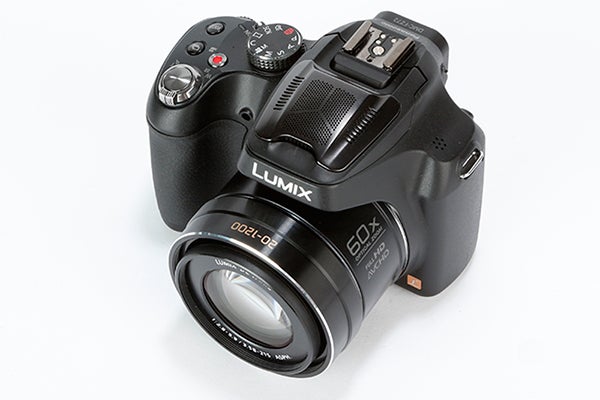 One welcome feature for those looking for a more advanced shooting experience is the model’s electronic viewfinder. It measures in at 0.2-inches with a resolution of 460k-dots, featuring a 60fps refresh rate. Although this specification is by no means lacklustre, in fact it’s more impressive than a host of competitors, it’s still not quite large or sharp enough to fully support manual focusing.

The other composition and review tool – the FZ72’s LCD screen – is somewhat disappointing. Its 3-inch size is respectable, but the 460k-dot resolution is underwhelming and the fact that it’s fixed, rather than of the vari-angle variety, is also disappointing.

This brings us back to the real blockbuster feature on the Panasonic Lumix FZ72: the humongous 60x optical zoom. The lens is some 20% larger than the closest competitor, and it boasts some impressive figures. 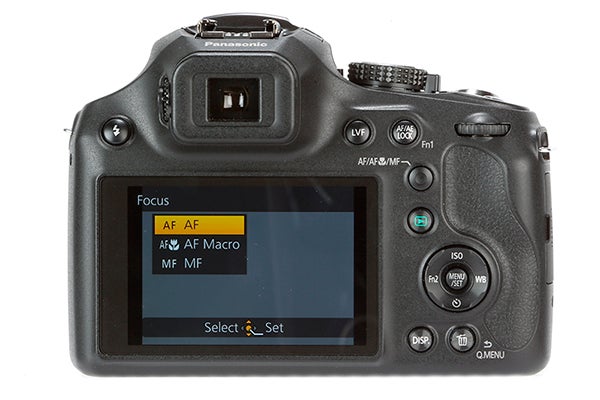 The lens covers a focal range of 20-1200mm in traditional 35mm terms, sporting an f/2.8 maximum aperture at the 20mm wide-angle of the lens. The lens features 14 elements in 12 groups, including 3 Extra-Low Dispersion elements.

The zoom is also accompanied with Panasonic’s Power O.I.S image stabilisation technology complete with Active Mode for support during both video and stills capture.

As you’d expect from a camera falling squarely in to the superzoom bridge camera market, the FZ72 features a range of manual exposure modes accessible through a DSLR-style mode dial.  A host of ‘Creative Control’ filters and effects, as well as a range of automated shooting modes, accompany these shooting modes.