The premium compact camera market is booming, and there’s never been more choice available to the consumer. Fresh into this market is the Panasonic Lumix DMC-LX15. It follows on from the success of the LX200, but is a pared down offering, with a smaller one-inch sensor and new viewfinder.

It’s far more pocket-friendly, however, and has a cheaper price point. It also features a 3x optical zoom lens that has a maximum aperture of f/1.8-f/2.8 and, this being Panasonic, also includes 4K video and photo modes. 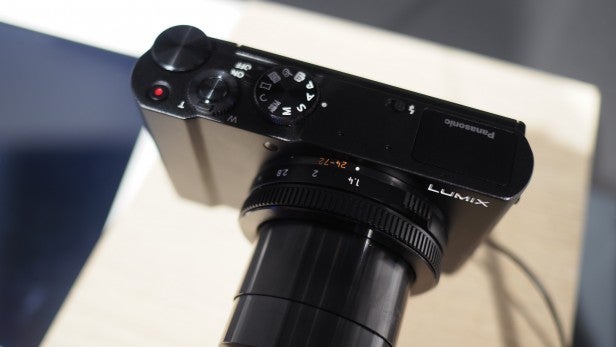 Not only does the LX15 sit nicely in your hand, it will easily fit into a jeans pocket too, making it an appealing everyday camera.

Design-wise, it’s all curves and sleek lines, yet there’s a weightiness to its miniature frame that makes you feel like you’re holding a high-quality piece of kit. On the top of the camera sits a dial for switching between the various modes on offer, and it’s here that you’ll discover a full complement of semi-automatic and manual modes.

On the top of the camera you’ll also find a dial that can be used to select various functions, depending on the shooting mode you’re in – it will control aperture in aperture priority, for example. This dial is handily placed to sit where your thumb would naturally rest, and this combined with the fact that all of the rear buttons are placed on the right-hand side of the camera, make the LX15 ideal to use one-handed. 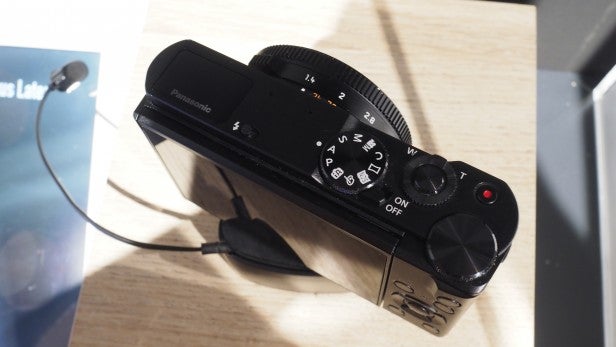 Around the shutter release is the zoom rocker switch, which you can use to extend the lens – it’s only a 3x optical zoom, but nevertheless, it extends in a smooth and fluid movement. Neatly tucked away from any of the other buttons is the video record button, which should prevent any accidental movie recordings.

Flip to the rear of the camera and the majority of the real estate here is taken up by the tilting touchscreen. Those who are fans of a viewfinder will be disappointed to see that there’s no option here to use one. Still, the screen is bright and clear, and being able to tilt it means you should be able to position it away from glaring sunlight. Of course, the tilting screen is also helpful for shooting from awkward angles too, including the ubiquitous selfie. 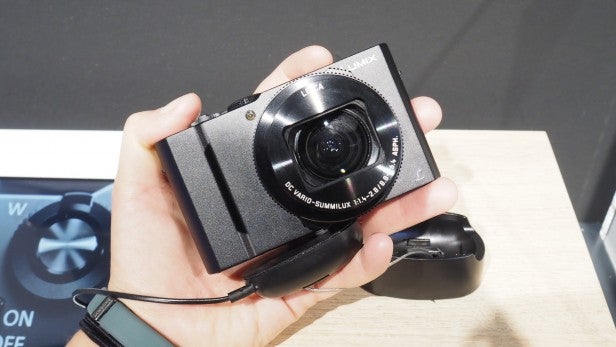 The touch-sensitive nature of the screen means that you can use it to set autofocus point, flick through photos, change various menu settings, and so on. It’s responsive touchscreen, although it’s good to see that there’s a complement of physical buttons to the right of the screen with which you can change settings too.

The LX15 also features three customisable function buttons, whose default settings are actually quite useful; they include some of the 4K functionality offered by the camera. The Fn3 button accesses the quick menu, which is a simple way to access various key settings without having to delve into the main menu; this is a great time-saver.

A great feature announced for new Lumix cameras at Photokina – also available for the GX80 via a firmware upgrade – is focus stacking. This provides the option to create an image that has an extremely high depth of field, by merging together several images all with different focus points – and all in-camera. The process is simple, and is accessible by pressing the Fn2 button to get to Post Focus mode. It’s useful for macro and close-up work, and while it may not be something you use all that often in a camera such as the LX15, it’s certainly a nice addition.

In my brief time with the camera it appears that the LX15 is capable of focusing quickly and accurately in most situations. We’ll be looking forward to seeing how the large sensor copes in low light conditions.

I’ve not yet had the opportunity to assess the LX15’s image quality, but I’ve been impressed with Lumix cameras of late. The TZ100, which also uses a one-inch sensor, performs very well, so we certainly expect similar things from the LX15. 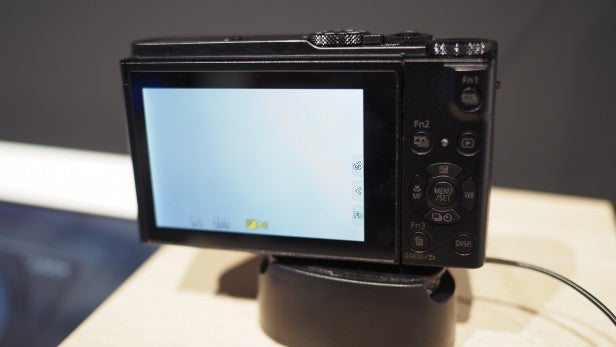 The wide choice available to consumers in the premium compact market is a good thing: with smartphone cameras becoming ever better, people need to have a reason to buy a dedicated camera, and high-quality devices such as this provide an attractive proposition.

That said, it’s a tough market for Panasonic at the moment. Sony’s RX100 range (the latest being the RX100 IV) performs superbly and manages to cram in a viewfinder for traditionalists. Meanwhile, the Canon G7X II is similar in form to the LX15 but has already proven itself on the market.

What makes Panasonic’s offering stand out is the addition of 4K video and photo modes – the company will likely be hoping that this is enough to convince customers to part with their cash.

Look out for a full review of the LX15 in due course.