What is the Panasonic Lumix GM1?

Panasonic’s Lumix range of Compact System Cameras (CSCs) is the longest established range on the market, with the Lumix series debuting the first ever CSC in the form of the Panasonic Lumix G1. Every major brand, and some smaller, ones have since entered the market, and the Lumix GM1 is the result of the heightened need to innovate to keep Panasonic at the cutting edge.

The GM1 retains much of the successful inner workings from the much larger Lumix GX7, while shrinking in size to little more than a pack of cards – an impressive feat. The question this poses is whether the performance and handling have been hampered by the cut in size, or whether the GM1 is in fact one of the most impressive CSCs to date? 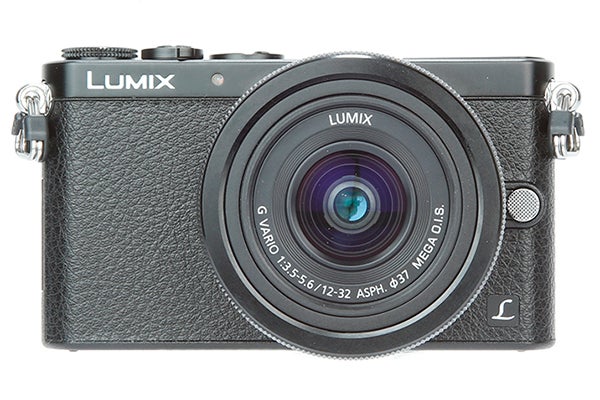 Despite being more compact then most of its G series peers, the GM1 still manages to cram in a host of features seen in its larger and very impressive sibling, the Panasonic GX7.

One welcome inherited feature is Panasonic’s renowned Light Speed AF system that the manufacturer claims operates at a 240fps data read out rate and as a result delivers focus speeds of around 0.06 seconds.

This focus performance is further bolstered by impressive low light AF performance – with a -4EV detection range claimed – as well as both a Focus Peaking set up along with an intuitive Pin-Point AF mode.

The Panasonic GM1 also features the same sensor as the GX7. This sensor is a 16MP Live MOS chip in the Micro Four Thirds format, offering an ISO range of 200-25,600 that can be extended down to ISO 125. 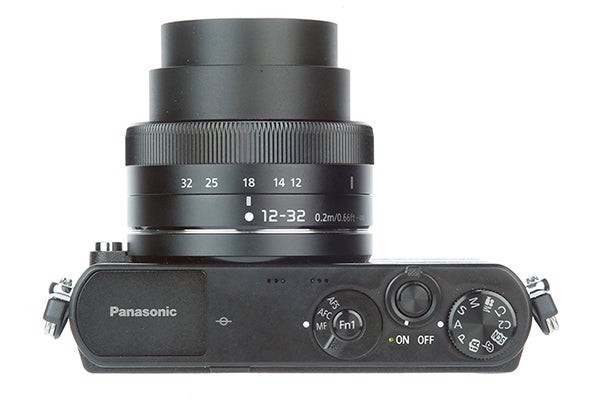 The sensor also benefits from the inclusion of the latest version of Panasonic’s Venus processing engine. Panasonic claims that this latest version – much like every new incarnation before it  – will deliver a better dynamic range, improved performance at higher ISO settings and better light-gathering capabilities.

Another feature that is now expected as standard from new Panasonic compacts is the inclusion of Wi-Fi and NFC connectivity. Through the free Panasonic Image app photographers can transfer their images wirelessly between either Android or iOS enabled tablets or smartphones. The free app also facilitates the wireless control of the GM1 straight from the screen of a connected tablet or smartphone.

Panasonic has built a reputation of late for producing CSCs capable of delivering a high standard of video capture performance, and the GM1 is no different. The model offers Full HD 1920 x 1080 video capture at 50, 25 and 24p in AVCHD, as well as 25p in MP4 format. However, while there is of course a stereo microphone the GM1 is lacking support for an external microphone like the GX7 has. 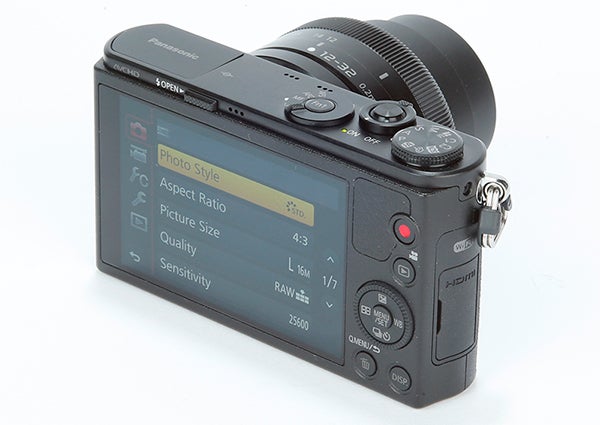 Another difference between the two is the GM1 features a fixed LCD screen as opposed to a vari-angle display. The resolution remains the same and it still offers touch functionality for selecting AF points as well as general operation.

One feature missing is any kind of viewfinder. This is even more keenly felt by the fact that there’s no facility to attach an optional viewfinder should you require, as unlike some of the camera’s competitors the GM1 has no accessory port or hot shoe.