If you can’t decide whether to go for a new Blu-ray player or a hard disc recorder, then why not kill two birds with one stone by opting for something like the Panasonic DMR-PWT420? It’s a Freeview HD PVR that also has a Blu-ray drive built-in that supports 3D playback.

Panasonic basically has a single chassis that it uses for all of its hard disc recorders, and the DMR-PWT420 looks pretty much identical to previous products, such as the DMR-HW120 and DMR-BWT800. The chassis is all black with a glossy front that has a semi-transparent flap that covers both the Blu-ray tray and the six-character LED display that’s used to show channel information. Its flap automatically opens and closes when you eject or retract the Blu-ray tray, but you can also manually just pull it down to get at the USB port and SD card slot that are hidden behind it. The design isn’t exactly what you’d describe as stylish, but it’s neat enough and this model will blend in well with your other under-the-TV inhabitants. 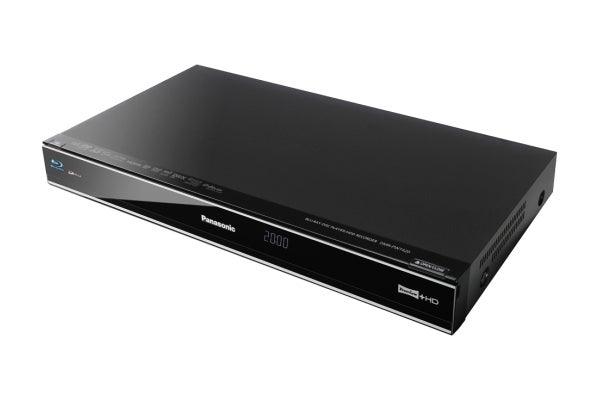 Turn the Panasonic DMR-PWT420 around and you’re greeted by the RF input that’s used to feed both of the recorder’s Freeview HD tuners. There’s also an RF out to let you can share the aerial feed with your TV. The other connection options are basic, but cover most of the bases. There’s a HDMI port as well as optical digital and analogue phono audio outputs. The rear is also home to a second USB port along with an Ethernet socket. Unfortunately, despite being a mid-range model, this one doesn’t have Wi-Fi onboard. You can add it by shelling out for the DY-LN5 USB Wi-Fi adaptor, but this will set you back around £50. Also, it’s worth noting that there are no analogue video output ports, so you can’t use component video, for example, to connect it to older HD TVs.

This model includes pretty much all the PVR features you’d expect to find on a modern recorder. As it has twin tuners you can use it to record one channel while watching another, or alternatively record two channels at the same time. You can also pause live TV and it supports chase play too, so you can watch the start of a programme while the end is still recording. So, if you arrive home from the pub to find that Have I Got News for You is still recording, you can just hop into the recordings menu and start playing the show from the beginning without having to wait for the recoding to finish. 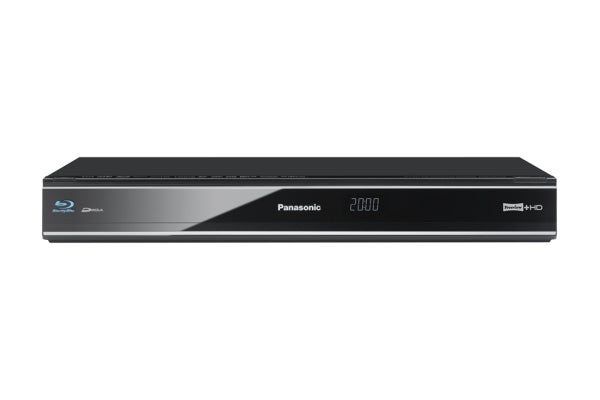 However, when two recordings are running at the same time it only allows you to flick between those two channels. Other more advanced Freeview HD PVRs, such as some Humax models, allow you to watch a third channel as long as it shares a multiplex with the two channels being recorded.

Thankfully, scheduling recordings is very easy. Panasonic has given its EPG a much-needed re-jig. It has removed the web-style advert slots that clogged up the screen on the old EPG and added a thumbnail window so you don’t lose all pictures and audio when you open the EPG as you did on the company’s older models.

Recordings are child’s play to set up too, as all you to do is select the show you want to record in the EPG and then choose whether you want to use the Single Record or Series Record option. The latter instructs the recorder to automatically grab all the shows in a series as they come up for broadcast. You can instantly start a recording just by pressing the Record button on the remote and you can manually set timers too. This model has a 500GB hard drive built in, which is large enough to allow you to store around 129 hours of HD recordings or 258 hours of standard definition recordings.

As you would expect the Panasonic DMR-PWT420 supports 3D playback as well as standard Blu-ray discs. The network port enables BD-Live compatibility too, so with Live-enabled discs you can access and download extra content and store it on the PWT420’s internal memory. It’s not the fastest Blu-ray player in the world, though. It took one minute and 16 seconds to go from closing the disc drawer to showing the menu screen on X-Men Origins (a BD Live title, but the controls are responsive once a disc is playing and it played 3D Blu-rays without any problems.)

Unlike some other models we’ve used, it doesn’t have a 2D-to-3D conversion feature. However, we’ve always found these to be of pretty limited value, as they never produce very watchable results, so it’s perhaps not much of a loss. 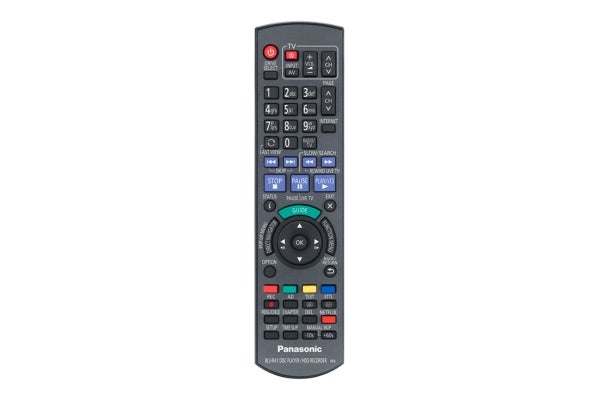 Naturally, Panasonic DMR-PWT420 includes Panasonic’s Viera Connect Smart TV platform. However, this seems to be a slightly cut-down version of what’s now available on its 2012 TVs. It lacks Skype support and doesn’t include some services, such as the Social Networking app and Eurosport News app. The line up is still reasonable, as there are Twitter and Facebook apps along with some movie services such as AceTrax (which is now owned by Sky) and Viewster. Of course, BBC iPlayer is also included, but Panasonic seems to be placing special emphasis on the Netflix app, as there’s a dedicated button on the remote for it, so you can launch it directly without having to go into the main Viera Connect interface.

The DMR-PWT420 supports playback of digital media files either locally from a drive connected to one of the recorder’s USB ports or over a network from a PC or NAS drive. Format support is good when it working with local content – it played MKV, DivX and Xvid video files without any problems. However, it’s rubbish when you’re working over a network as none of these formats are support for streaming. Instead it’s limited to just Mpeg2, Mpeg4 and AVCHD files. On the plus side the recorder can act as it’s own DNLA server and this lets you share programs and movies you’ve recorded from TV with other devices on your network as long a they support the right formats. It worked with a Panasonic Smart TV, but didn’t work properly with our PS3 – some files played, but the audio didn’t work. 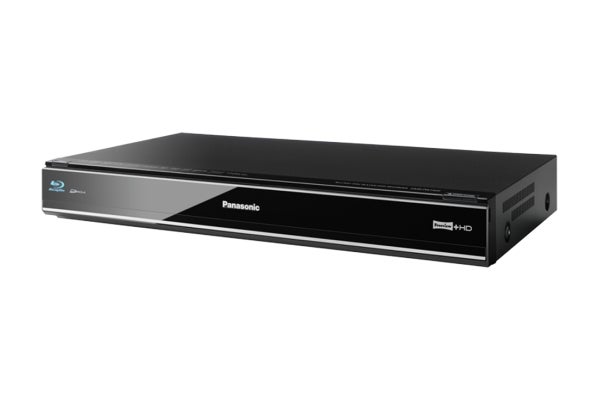 Picture quality was first rate, though, both for recording and for Blu-ray playback. Pictures fed out of the HDMI port are very crisp and clean with fine detail nicely rendered. Colours are also punchy and contrast is excellent. It also does a decent job of upscaling standard definition broadcasts to HD, although a little bit of picture noise does creep in here and there when it’s working with SD channels.

This recorder uses Panasonic’s older menu system rather than the new, cross-bar style one found on its latest Blu-ray players. This is a shame as the menu system is the recorder’s weakest part because it’s just not very intuitive or friendly to use. The menus look drab and boring and some of the menu options almost seem deliberately obtuse. For example, there are three different menus in which you can adjust various picture options, which is two too many in our view.

Also, the recorder can be a little bit sluggish when switching between the PVR, Blu-ray and Smart TV features, and some of the Smart Apps also aren’t as responsive as they are on some competitors’ products.

Verdict
On the whole the DMR-PWT420 does a good job of combining PVR and Blu-ray playback features into a single box. The recording features work reliably and it has good picture quality. However, its media streaming support is poor and its menu system is overly complicated to use.