The Panasonic DMR-HW120 is a dual tuner Freeview HD digital recorder with 500GB of storage space built-in and support for smart TV services and network media streaming. Priced at around £250, it’s the entry level model in Panasonic’s new for 2012 range of PVRs.

Panasonic’s digital recorders all use pretty much the same chassis and so look virtually identical. Just like last year’s models, this one has a mostly glossy black finish that looks smart, but also a little bit boring. The front is covered by a semi-transparent flap, behind which sits a large-ish six character LED display. This is used to show time and channel information and is joined by two small red LEDs to indicate when one or two recordings are in progress. Also behind this flap are a USB port and an SD card slot. 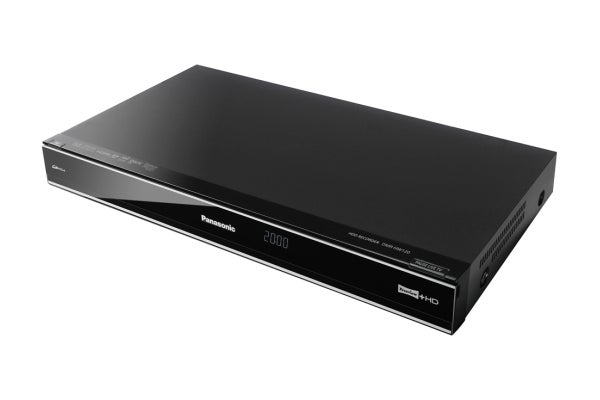 On the Panasonic DMR-HW120’s rear panel you’ll find a second USB port as well an Ethernet port. Sadly, there’s no Wi-Fi built-in, but there is a rather expensive USB Wi-Fi dongle available for around £70 if you want to go wire-free.

The rear also houses a HDMI port, along with an optical digital audio out and a pair of phono sockets for analogue stereo output. Naturally, there are RF input and output connectors to feed the aerial into the recorder and back to your TV. That’s your lot, though, so it’s not compatible with older TVs that only have component rather than HDMI ports.

The onboard 500GB hard drive is large enough to store around 129 hours of HD recordings or 258 hours of standard definition recordings. Thankfully Panasonic has improved the EPG substantially over that used on its previous recorders. There are two very welcome changes. Firstly, there’s now a video thumbnail window in the top left hand corner of the screen, so when you call up the EPG you don’t lose all audio and video as you used to with the old EPG. Secondly, the web-style adverts that took up valuable space on the screen have been confined to the dustbin. Other updates include a new layout that has a more airy feel to it, and the use of larger, easier to read text fonts.

As you would expect, the Panasonic DMR-HW120 has pretty much all of the staple PVR features. The presence of twin tuners mean you can use it to record one show while watching another, or alternatively record two shows at the same time. When it’s recording two shows you can flick between them, but you can’t watch a third channel. Some PVRs do allow you to watch a third channel as long as it’s on the same multiplex, but that’s not the case here. 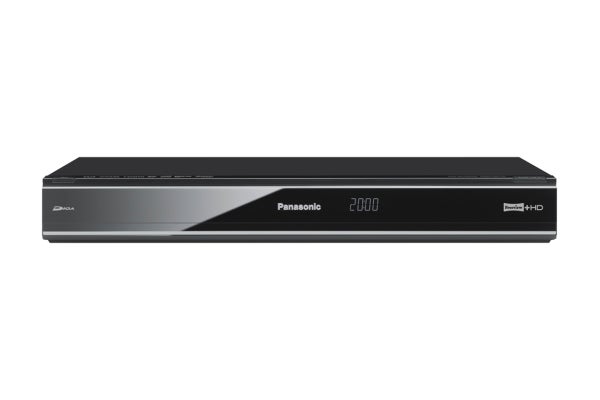 Recordings are very easy to set up. You can just select a show in the EPG and choose either the ‘single record’ or ‘series record’ options. The former just records a single episode of a show, while series record will try to grab all the episodes in a series automatically as they come up for broadcast.

Naturally, you can just hit the record button at any time to start instantly recording the programme that you’re viewing to disc or alternatively you can create a manual timer by entering data for the channel number, start and end times. However, we can’t see very many people using this method as setting up recordings via the EPG is so much easier.

This model supports chase play too, so you can start watching a show from the beginning while the end is still recording. You can also pause live TV. Once you hit the pause button the recorder starts buffering the TV show to disc, so when you press play you can carry on from exactly where you left off. It’s a neat feature to have if you need to answer the door or pick up the telephone.

The Panasonic DMR-HW120 seemed to be very reliable during our testing, as we had no problems with missed or corrupted recordings. The transport controls are also responsive and we like the way the first level of fast forward also includes sped-up audio, making it easier to find a specific place in your recording.

Along with its PVR features, the DMR-HW120 has Panasonic’s Viera Connect Smart TV system onboard. However, this includes slightly less services than what you get on the company’s latest TVs. For example, the Eurosport news services is missing and it also lacks the combined social networking app that overlays Twitter and Facebook feeds on the show you’re currently watching. However, there’s still a relatively decent line-up of services including BBC iPlayer, Youtube, Daily Motion and the AceTrax movie rental service (which has just been bought by Sky). There are also basic, individual apps for Facebook and Twitter.

Netflix takes pride of place, though, as there’s even a dedicated button on the remote to take you directly to the Netflix app without having to first go through the main Viera Connect interface. 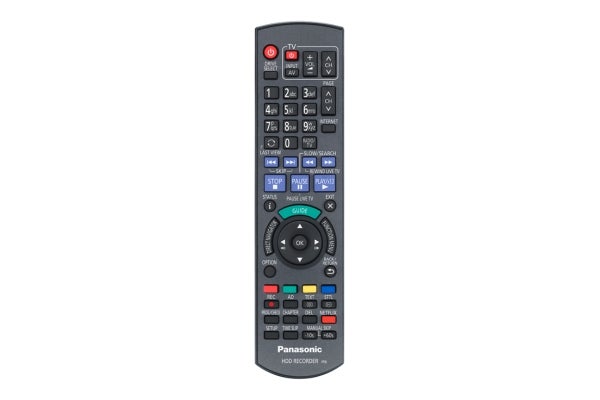 It has to be said that the Panasonic DMR-HW120 Viera Connect interface feels a bit sluggish to use and isn’t as nicely presented as the Smart TV services from Samsung and LG. Nevertheless, the apps do get the job done, and the Netflix and iPlayer apps in particular will be a nice addition for those who don’t have these services already available on their TV.

The DMR-HW120 can also play back a range of digital formats from drives or memory keys plugged into one of its two USB ports or cards slotted into the SD card reader. We tried a number of different files, including standard definition DivX and Xvid files, as well as a range of HD MKV files and it had no problem playing any of them back. However, its media streaming support is a lot less impressive. Bizarrely it refused to play DivX, Xvid, or MKV files across a network and Panasonic says that video streaming support is limited to Mpeg2, MP4 and AVCHD files, which is quite annoying, especially as most other manufacturers now support MKV and Xvid/DivX streaming on their Freeview HD PVRs.

On the plus side, it can act as a DLNA server in its own right, so you can access the recordings and media stored on its internal drive from other devices as long as they support the file formats – not all do, but it did work well with another smart Panasonic TV.

Pictures quality is very impressive. Detail in HD broadcasts was bang on the button, with the Panasonic DMR-HW120 doing an excellent job of delivering images with very little picture noise. A tiny bit of mosquito noise does creep in on standard definition channels, but on the whole the recorder does a stand up job of upscaling these, adding a touch of extra depth and crispness without making them look overly processed. 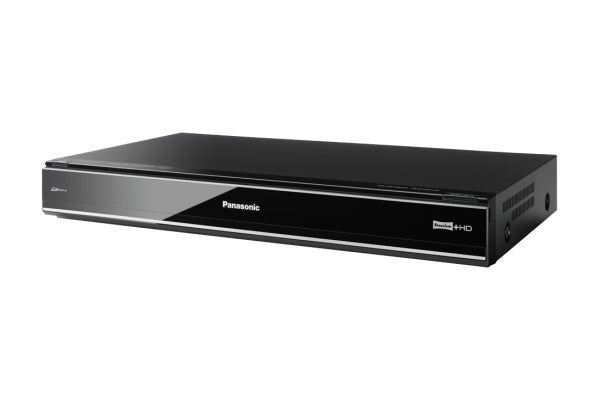 The recorder’s main failing is actually its user interface. Unfortunately Panasonic hasn’t updated this all that much from what it was using on last year’s models. That’s a great pity because the current menu system is a bit of a dog’s dinner.

Switching between different sources – the hard drive, USB drives and SD cards — is needlessly complicated, especially compared to how rival brands such as Samsung handle this process. The networking functionality also isn’t all that easy to set up and use, and even finding the picture settings menu is a bit of a challenge initially, as when you open the setup menu there are entries for Picture, Display and Connection – which one do you use?

You’d assume it’s mostly the Connection option, but in reality it’s a combination of all three. Panasonic seems to be aware of this issue, as it has a new, crossbar-style menu system that it’ll be using on some of its other, soon to be released, AV devices. It’s just a shame it hasn’t used it on this one.

Verdict
The Panasonic DMR-HW120 is a solid and reliable twin tuner PVR that includes some neat features, such as the ability to share recordings over a network with other Panasonic products and DNLA devices. However, recorders from competitors, such as Samsung and LG, have a better line-up of Smart TV apps and are, on the whole, a fair bit easier to use.