There’s no doubt that the HD91 does some things very well indeed where picture quality is concerned. Colours are particularly excellent for a projector in the sub-£3,000 price zone, picking up the baton from other LED-lit projectors we’ve tested. After only very small calibration efforts saturations are both fulsome and extremely well balanced, with no tone unnaturally dominant over the others. There’s an immense amount of subtlety in the way colour blends and tonal shifts are reproduced too.

This degree of colour precision obviously helps pictures look more natural and also gives them a slightly more solid, almost three-dimensional feel even when you’re only watching in 2D.

The HD91 delivers a great sense of detail with HD sources. This is partly down, again, to the finesse of its colour reproduction. But the sharpness on show also points to the precision of its DLP mirroring device and LED alignment, as well as confirming that the large lens really is of a very good quality for a £3,000 unit.

The clarity on show additionally owes a debt of gratitude to the HD91’s impressive motion handling. Even without the PureEngine motion processing in play pictures exhibit likeably little judder, and nor is there any significant resolution loss to be seen over moving objects. If you want to smooth motion out further you can, via the PureEngine processing. Though since even the lowest setting of this processing can cause some slight glitching, especially with vertical camera movement, we generally elected to leave the processing off.

Also important to stress is that the HD91’s impeccable sharpness never looks forced. Pictures don’t look gritty, or suffer with stressed edges. Or at least that’s the case unless you make the mistake of engaging the ‘HD’ option of the PureEngine’s UltraDetail component. 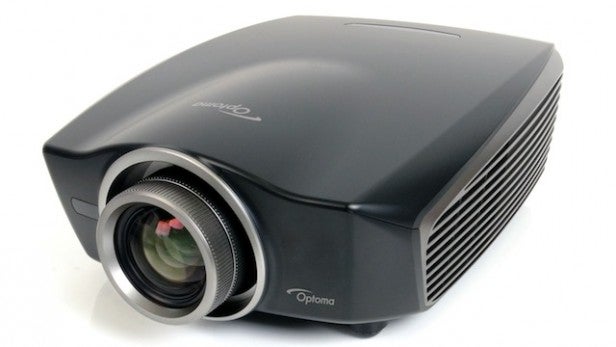 The problem that most undermines the TV’s colour and detail strengths is contrast. Or to be more precise, black level response. Dark scenes tend to look rather greyed over in areas where they should look black, denying them conviction and leading to a rather hollow look to the darkest areas.

It’s good to see colours retaining their natural tones despite the lack of black level – though sadly this is only the case if you avoid the dynamic backlight settings. For all three of the DynamicBlack modes provided shift colour tones as well as just reducing the image’s brightness to boost black level response. This means that pictures keep changing their appearance so much as the DynamicBlack systems do their thing that the modes are essentially impossible to use if, like us, you prefer to get completely lost in an image rather than being regularly distracted by obvious signs of a display’s technology at work.

In short, the over-obvious workings of the DynamicBlack modes look like a classic case of a display device having to work too hard to overcome fundamental black level limitations.

This is especially sad in the HD91’s case since the only time we managed to get a convincing black performance out of the projector was when using a DynamicBlack setting. Just using the stable LED brightness adjustment doesn’t get rid of the greyness in dark areas as successfully unless you ramp it down so low that the picture starts to feel rather dull and flat overall.

This ties in kind of with our other main gripe about the HD91’s images. Namely that contrary to expectations they don’t look very bright – certainly after calibration to achieve a decent black level performance.