What is the Optoma HD91?

Once upon a time LED lighting looked set to become the next big thing in home cinema projection. But then difficulties making LED projectors affordably saw the tech quietly slip away again. Until now, that is. That’s because perched on our projector stand is the Optoma HD91: a single-chip DLP projector with a tri-LED light source that’s going for just £2,999. It’s a breakthrough price for an LED projector, one that makes the Optoma HD91 a seriously interesting proposition. 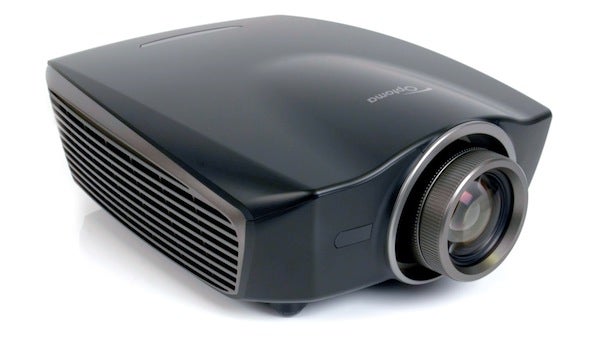 Other LED-based home cinema projectors we’ve seen have tended to be brutishly large. So it’s nice to see the HD91 sporting very living room-friendly dimensions entirely in keeping with – if not actually slightly smaller than – the norm at its level of the projection market.

It’s solidly built too, with a surprisingly large and apparently high quality lens sticking forward from the centre of the elliptical front edge. The black, smooth finish and use of lots of curves and rounded edges, meanwhile, give it a fairly sleek overall feel that doesn’t look at all out-of-place in a domestic environment.

There aren’t any control buttons on the chassis, which could become problematic if you lose the remote control. But not having any buttons does contribute to the design’s minimalist appeal.

Optoma has also done a pleasingly discreet job of incorporating cooling vents into the HD91, though it’s probably helped in this regard by the fact that LED lamps generally need less cooling than standard projection lamps.

Connections are impressively extensive. As well as the standard two HDMIs (both built to the V1.4 standard in recognition of the fact that the HD91 can handle active 3D) you get a component video input, a composite video input, a D-Sub PC port, a 9-pin RS-232 control port for system integration, two USB ports (one for service use only and one for powering other devices), not one but two 12V trigger ports, and a socket for attaching an external 3D transmitter. Sadly, if hardly surprisingly, neither this 3D emitter nor any of Optoma’s rechargable 3D glasses are included free with the projector.

This wealth of jacks illustrates clearly Optoma’s ambitions for the HD91
– namely for it to be widely adopted by the relatively affordable end
of the custom installation scene.

Other features of the projector that underline these ambitions will be covered in the Set Up section. 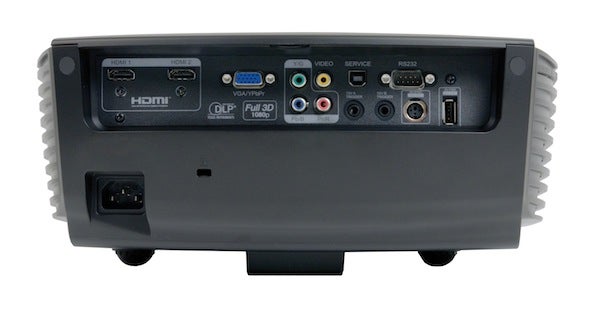 Before that, though, it’s high time we got into reminding ourselves why LED lighting is so potentially exciting in an affordable home cinema context. First of all, LED lamps have a massively higher life span than typical projection lamps. We’re talking a quoted 20,000 hours (though it’s likely it’ll go beyond that) versus between 2,000 and 5,000 hours with a UHP-style lamp.

What’s more, unlike normal lamps, which lose considerable brightness over time, LED light levels stay much more consistent throughout their lifespan. Though please note that when the LEDs in the HD91 do eventually die, you won’t be able to replace them. In other words, the lamp life is to all intents and purposes the projector’s life.

Next, by using one LED for each of the red, green and blue colour elements the HD91 doesn’t need a colour wheel, which means there should be far, far less opportunity for its DLP engine to generate the so-called ‘rainbow effect’ RGB striping nuisance than you get with traditional DLP designs.

Finally in the plus column, using LEDs lets you (almost) instantly power the HD91 off since there’s no need for the fans to keep cooling the lamp down after shutdown as happens with normal lamps.

We’d add to the simple LED ‘facts’ listed above a sense from other LED reviews that LED lighting seems to excel at delivering natural colour tones and more colour subtleties than normal lamps, so we’ll be looking for this trend to continue with the HD91.

The HD91 boasts a very promising contrast ratio of 500,000:1 (delivered with the assistance of a dynamic light system), and what looks initially like a rather less impressive 1,000 Lumens output. However, it’s important to point out that you’ll be much more likely to see every bit of this 1,000 Lumens in the HD91’s pictures than you would the quoted lumens of a normal DLP projector, on account of the damage to normal DLP light outputs done by their colour wheel system.

Final things worth mentioning here are that the projector is supported by the Imaging Science Foundation (ISF) as being a projector with enough set up flexibility to be professionally calibrated, and that it carries a startlingly varied array of picture processing tools. We’ll look into all this in more detail in the Set up section. 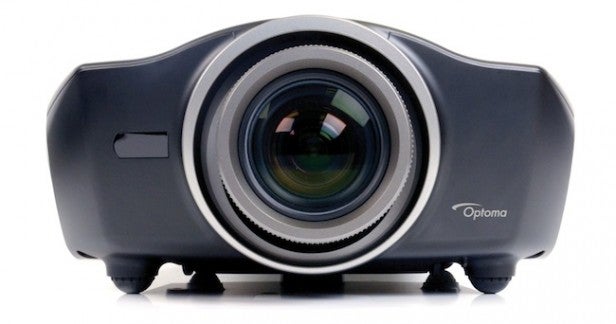 In some ways the HD91 is very easy to set up. It’s a manageable size as noted before, and its lens delivers a helpfully large 1.9x optical zoom. The zoom and focus rings around the lens are firm and track accurately enough to enable quite fine movements, and there’s optical vertical image shifting to help you get the picture at the right height without having to use keystone correction (which distorts the image).

However, bizarrely the optical image shift ‘wheels’ are placed on the projector’s underside, making them much harder to use effectively than they would have been if they’d been placed on the top edge or down the side.

A straightforward onscreen menu system provides access to a wide range of image adjustments, including all the colour, gamma and white balance toolsets required by the Imaging Science Foundation (ISF). Though interestingly the ISF presets on the HD91 are only available via the projector’s service menus – presumably to stop amateur tinkerers mucking about with them.

Among the most useful other tools on the HD91 are a wide series of picture presets, an LED brightness adjustment, and the option to attach an anamorphic lens to the HD91 for ‘Cinemascope’ viewing on a suitably wide-screen. With regard to this latter point, though, it must be stressed that as with the recently tested Epson TW9200, the HD91’s lack of any motorised zoom and focus options prevents it offering any ‘lens memory’ functionality, where you could set different zoom and focus presets to suit different aspect ratios that the projector could then access at the press of a button.

The settings you most need to take care with when setting your HD91 up are mostly contained within the ‘Advanced’ settings menu. Here you’ll find Noise Reduction (best left off for HD sources); some gamma presets (including access to curve type and offset adjustments for each preset); colour temperature adjustments (which include our preferred D65 for video viewing); and access to Optoma’s Pure Engine suite of processing tools.

Within the PureEngine stuff are an UltraDetail feature that sharpens the picture (you can us the On mode here, but we’d advise against the HD option, as this over-sharpens everything); a colour booster (which you can try on its one or even two setting if you want saturations to get a little boost without starting to look unnatural); and a PureMotion judder-removal feature that you can use on its Low setting without it causing many negative side effects (though higher power settings are best avoided).

The single most significant feature, though, is the LED brightness suite. This provides three ‘DynamicBlack’ modes that adjust the projector’s light output automatically in response to image content, as well as a manual brightness adjustment that shifts brightness up or down in 5% increments.

Unfortunately, while the DynamicBlack options deliver the most consistently satisfying contrast performance, as we’ll see in the performance section they cause too many problems to be usable when watching films. So we’re left to suggest that you use the manual LCD brightness setting, reduced to around its 50-60 level for dark room viewing or left up near its 100 maximum if you’ve got ambient light to contend with.