The GT5000 makes a strong first impression by ultra-short-throw projector standards, simply by producing pictures with straight edges. There’s no bowing along the top edge and the sides of the picture appear perpendicular without the need to use keystone correction.

It’s also immediately clear that the GT5000 really is serious about home entertainment. This isn’t just a business projector in disguise. Its colours look natural, balanced and pleasingly nuanced in a way only possible with a projector that’s genuinely been tuned for video. In addition, contrast is strong enough to combine reasonably deep blacks and bold whites within a single frame. 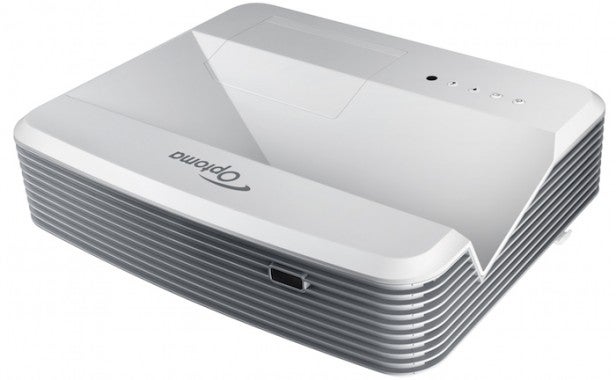 There’s also an impressive amount of shadow detail on display during dark scenes, helping such images achieve a stronger sense of depth than you’d commonly find on sub-£1000 projectors.

While you need to set the lamp to Eco or Eco+ to achieve the best dark-room contrast from the GT5000, its Bright lamp mode is potent enough to punch through a reasonable amount of ambient light, adding credibility to its potential as a replacement for a huge TV.

If you’re serious about using the GT5000 on a day to day basis, I’d recommend partnering it with an ambient light-absorbing screen – such as Optoma’s own ALR100. This will provide some contrast in ambient light conditions to go with the GT5000’s decent quantities of brightness and colour.

When it comes to motion handling, meanwhile, the GT5000 is as clean and convincing with both 24p movies and 50Hz broadcasts as any single-chip DLP projector I’ve seen – including more expensive models.

As long as you rein in the BrilliantColour feature, the GT5000’s pictures are pleasingly free of most types of noise, including issues with banding in colour blends and the greenish fizzing in dark areas commonly seen in single-chip DLP projectors.

The one noise issue the GT5000 doesn’t fully sidestep is the rainbow effect, where stripes of pure colour flit over bright image elements when they appear against dark backdrops. The GT5000 is only a relatively mild offender here, but it’s something to bear in mind if you’re particularly picky about seeing such stripes.

A bigger problem with the GT5000’s pictures is inconsistent sharpness. While much of the picture looks crisp for an ultra-short-throw projector, a fairly large portion of the upper-left quarter exhibits a clear drop off in focus. 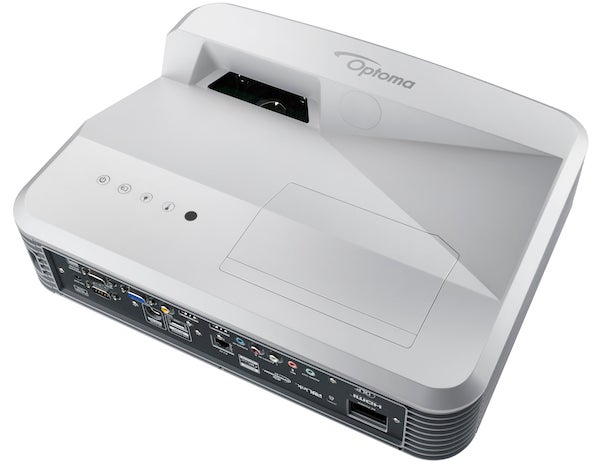 It’s common for the extreme corners of ultra-short-throw projectors to struggle to cling to the sharpness shown elsewhere, but it affects a larger proportion of the image on the GT5000 than usual. The issue is most noticeable with text-heavy presentations, but you can become aware of it during movies too.

There is also a very faint “hot spot” of extra brightness in the centre of the image’s bottom edge. You’ll see this only during extremely dark shots, and fortunately it’s faint enough not to become something you’ll constantly be looking out for.

If you’re thinking of gaming on a GT5000 then there’s good news: tests for input lag consistently turned in strong figures of under 30ms.