Here in Britain we’re having a terrible summer. It snowed in April for the first time that I can remember, some areas of the country have seen nearly double the usual rainfall for this time of year, and I don’t think there have been two sunny days in a row. Now whether this is simply part of the normal climatic variation or part of trend, and whether any such trend is due to man-made climate change, is a debate that will no doubt continue to exercise experts, pundits and opinionated idiots until we’re all 70m under water, but it’s not a topic for these pages. 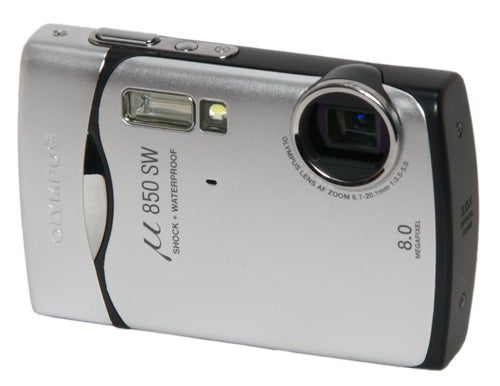 One thing is certain however; the summer of 2008 has shown beyond doubt that if you want to take photos outdoors in this country, a waterproof camera is a very sensible investment. It is perhaps surprising therefore that only two manufacturers produce consumer-oriented waterproof compacts; Pentax with its Optio W-series and Olympus with its mju (or Stylus in the US) range. Both appear to sell in sufficient quantities to justify regular updates, most particularly from Olympus. One of the latest mju cameras is this, the 850 SW. 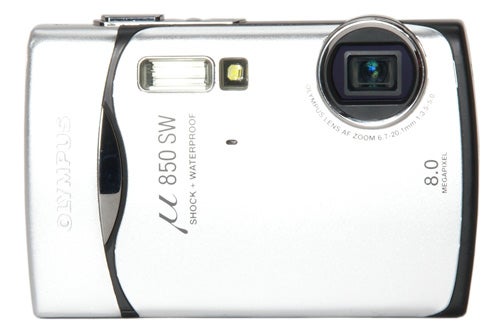 First announced in January, the mju 850 SW is an updated version of the 790 SW launched at about this time last year. It has the same body design as the earlier model, and shares many of the same features, but improves on the formula with (inevitably) a more powerful 8.0-megapixel sensor, an increase over the 7.1 megapixels of the earlier model. Like the 790 the 850 SW is capable of surviving three metres underwater, falling from a height of 1.5m, and being subjected to freezing temperatures of minus ten centigrade (although see this article)

Like previous cameras in the mju range the 850 SW has a tough all-aluminium body with rugged styling to match its outdoor performance. The corner-mounted internal lens is recessed and protected by raised bezel and an automatic metal cover. The 2.5-inch 230k LCD monitor has a scratch-resistant surface and the controls have rounded edges and are very solidly mounted. The battery and USB connector hatches are made of metal and have a strong hinges and secure locking latches. The overall styling isn’t quite as militarily macho as some previous models in the range, and it comes in a range of colours, including black, bright metallic pink and the silver of my review sample shown here. 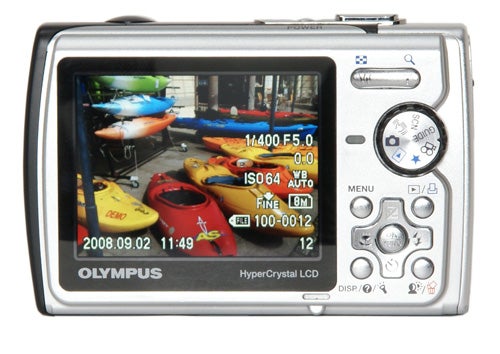 Underneath its rugged exterior the 850 SW is a fairly simple point-and-shoot compact, and as such has a limited but useful range of features. The lens has a focal length range equivalent to 38-114mm, about average for a 3x zoom compact, and compared to the current trend for longer and wider zooms it looks a bit limited. Its main rival, the excellent Pentax Optio W60 has a 5x zoom lens with a wide angle equivalent to 28mm, which is a lot more useful for most outdoor photography.


Like the 790 SW, the 850 has a powerful white LED lamp built into the front, next to the flash. This doesn’t operate automatically like most AF illuminator lamps; instead it has to be activated in the setup menu and then switched on and off manually by pressing and holding the display button. This makes it possible to use the camera as an emergency flashlight, and also helps it focus in the dark at a range of several metres.


The only major new feature not previously seen on its predecessor is the Shadow Adjustment option. Like many similar but differently-named features on many current high-powered compacts, this is a dynamic range enhancement function which brightens shadows and preserves details in highlights, compensating to a certain extent for the limited dynamic range which is a handicap of small overcrowded sensors. 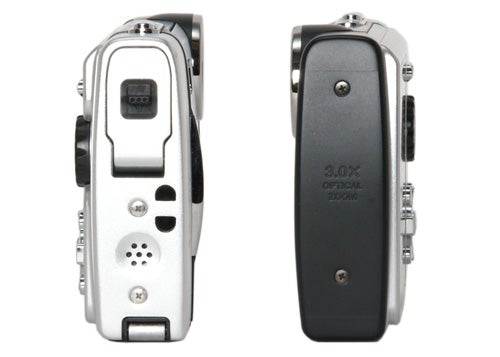 The 850 SW also has one extra scene mode, for a total of 24, although to be honest since I don’t have a 790 SW on hand for comparison I’m not sure which is the new one. There are some useful modes though, including four underwater modes, two “shoot and select” modes for high-speed sequence shooting, and a pre-capture movie mode. The range of the built-in flash has also been improved, with a maximum range in wide-angle mode of over five metres, which is pretty impressive.


Other than that the 850 SW’s feature set is identical to the 790 SW, so if you already own that camera there’s little point in upgrading.

One way that the 850 SW improves on the 790 SW is in its overall performance. The 790 was pretty good in this department, but the 850 is even better. It starts up in about the same time, a very respectable 1.5 seconds, while in single-shot mode its shot-to-shot time is approximately 1.9 seconds, a little quicker than the earlier model. In continuous shooting mode with a H-type high-speed xD card it can maintain a shooting speed of just over one frame a second, although using the slower M-type cards limits this to a burst of three frames before the camera has to pause to write to the card.

The autofocus system is very good, focusing quickly and accurately in good light, and only slowing down a bit in lower light conditions. Low-light focusing without the LED lamp is not the best I’ve seen, but nonetheless it copes well with most situations. The Bright Capture system brightens the monitor in low light conditions, making it much easier to frame your shot.


I was reasonably impressed by the image quality of the 790 SW, but unfortunately the 850 SW seems to have taken a bit of a step backwards in this department. Image noise, or rather the effect of the heavy-handed noise reduction system, is visible in all shots over 100 ISO, blurring fine detail and reducing overall picture quality. Colour reproduction is rather muted, with even shots taken in bright sunshine looking dark and muddy. I thought this might be an effect of the contrast-limiting Shadow Adjustment option, but even with this feature turned off, colours are still disappointing.

The lens performs fairly well, with adequate centre sharpness, and the camera seems to remove wide-angle barrel distortion in processing. This results in nice straight parallel edges, but does produce some blurring in the corners of the frame. However it is pleasingly free from chromatic aberration and purple fringing.

Although the mju 850 SW continues the rugged tradition of its predecessors, with bomb-proof build quality, attractive design and excellent overall performance, its restricted zoom range and limited list of features are starting to look a bit dated in today’s market. At £155 it is attractively priced, but compared to the superior photographic capabilities of the Pentax W60 it looks a bit weak, and its relatively poor picture quality is also a disadvantage. 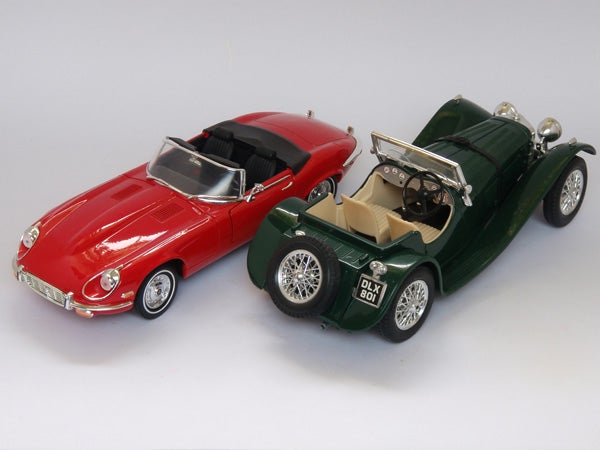 This is the full frame at the minimum setting of 64 ISO. 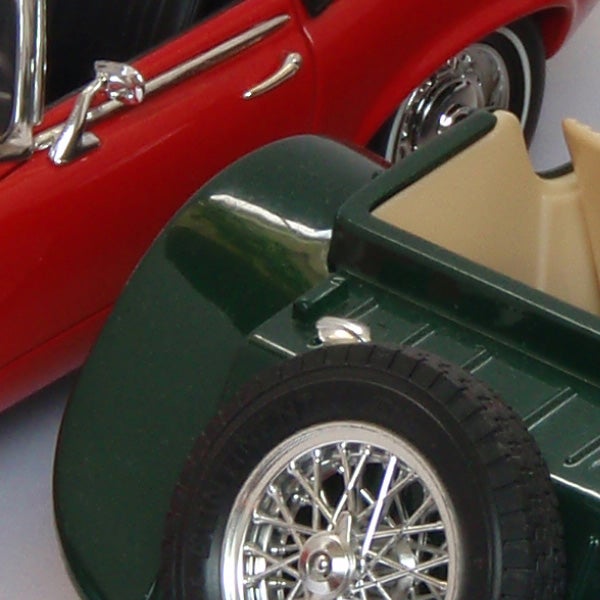 At the lowest sensitivity setting the image quality is pretty good, with smooth colour and little noise. 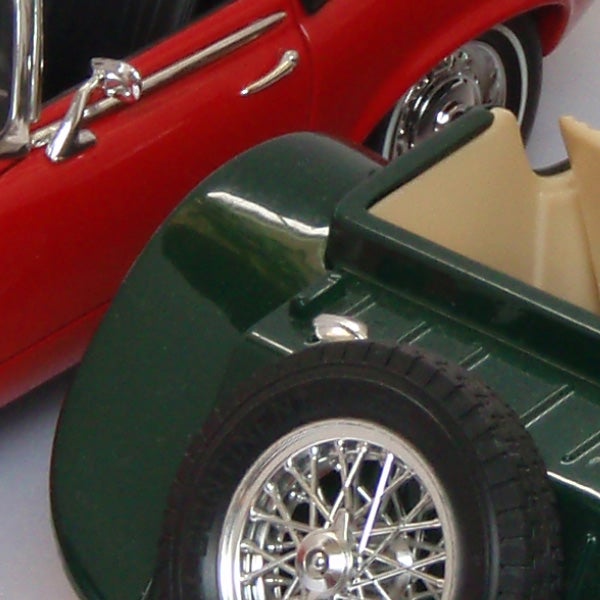 There is a little bit of colour mottling visible in this shot at 100 ISO. 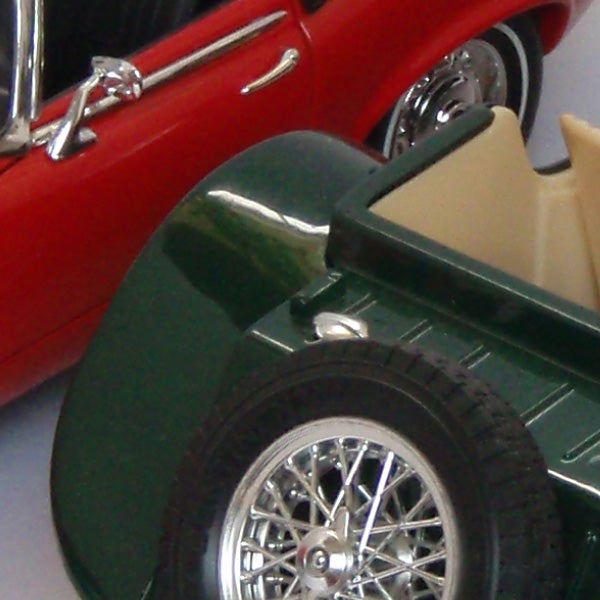 At 200 ISO the noise reduction is already kicking in, blurring out fine detail. 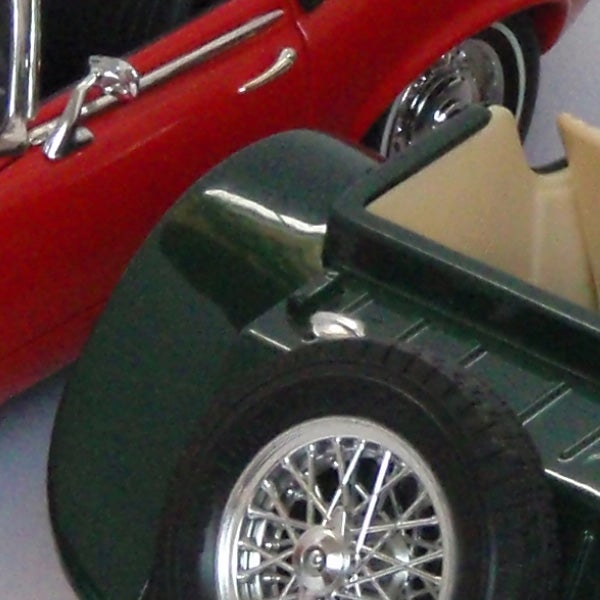 Image quality is much reduced at 400 ISO.


At 800 ISO there are major problems in the red channel, and extensive noise all over the picture. 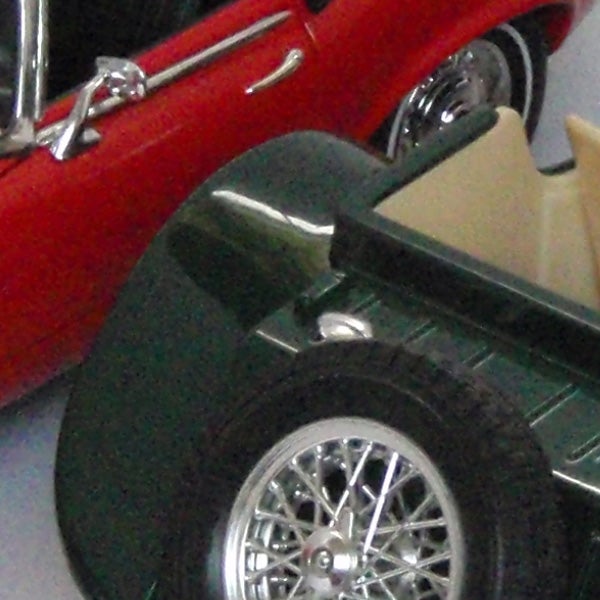 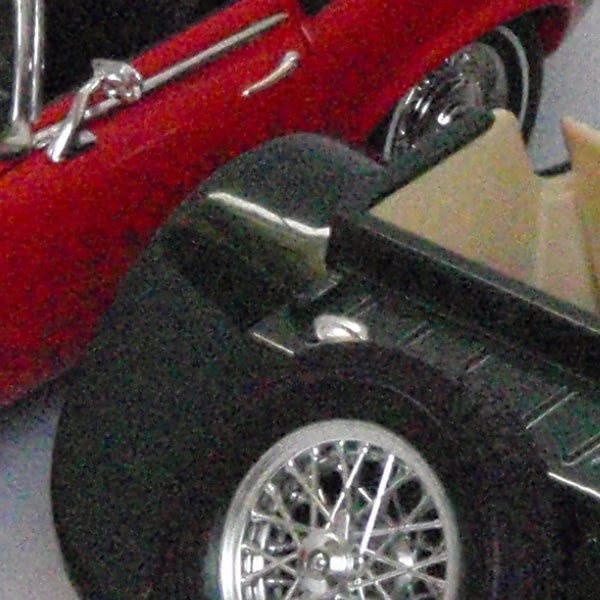 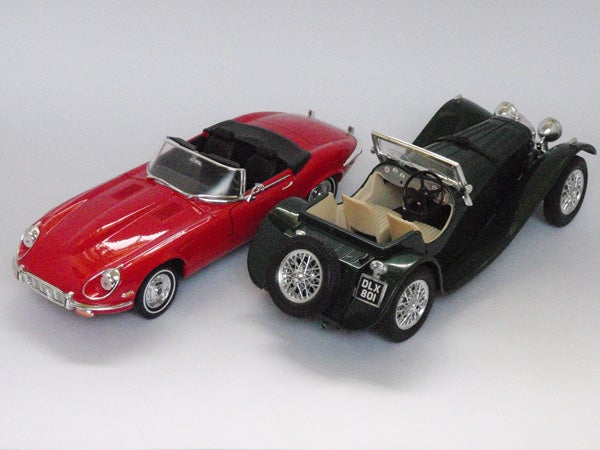 This is the full frame at the maximum 1600 ISO. 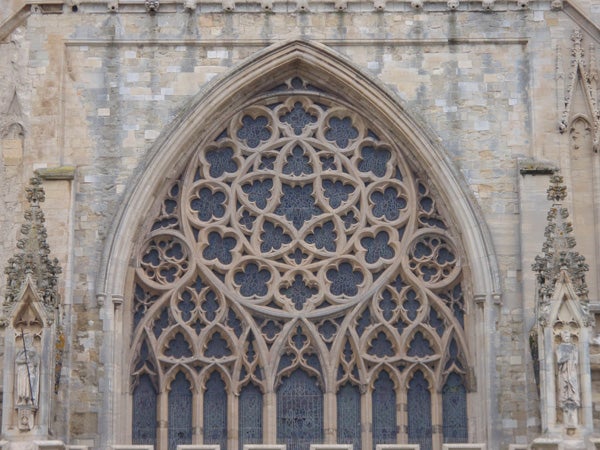 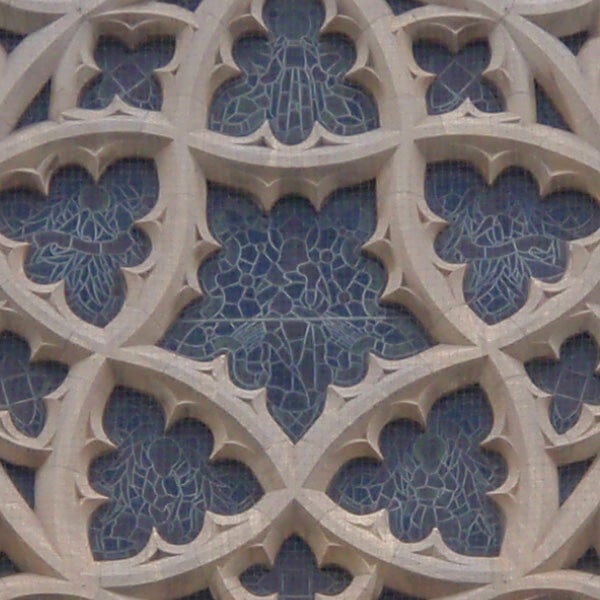 The overall level of detail is not much different to the 7.1-megapixel mju 790 SW. 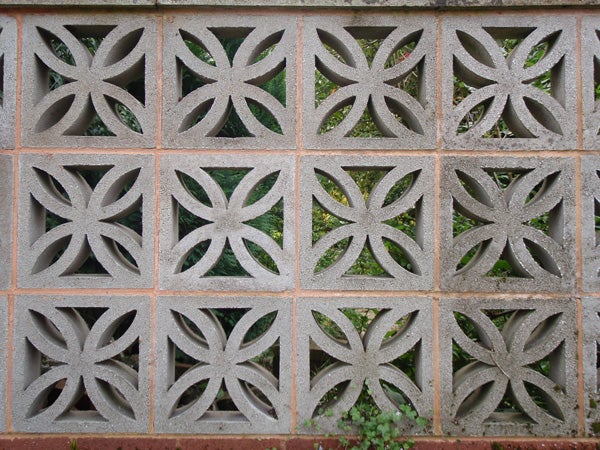 The camera appears to remove wide-angle barrel distortion during processing. 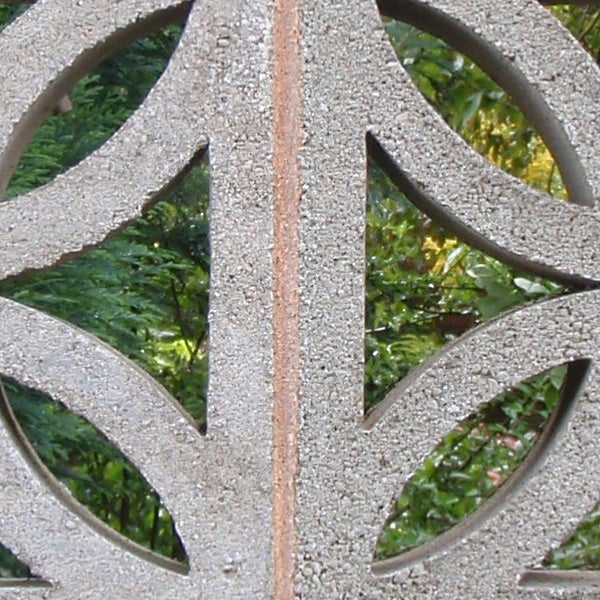 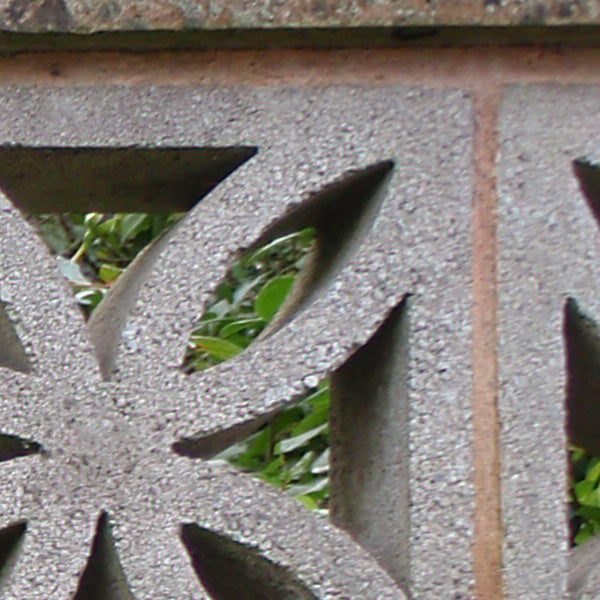 There is a little blurring in the corner of the frame. 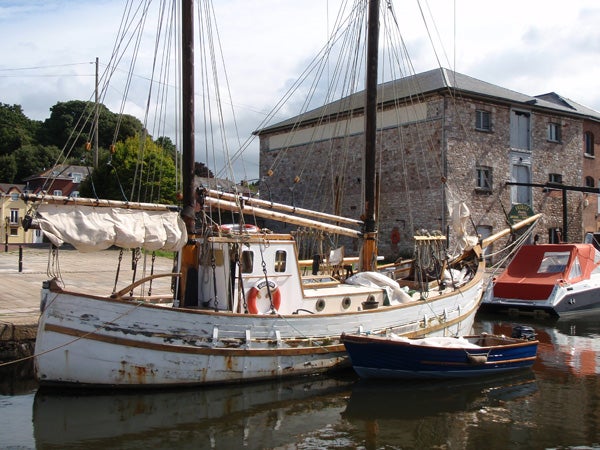 The 38mm-equivalent wide-angle end of the zoom range is looking a bit weak in a market filling up with 28mm wide angle cameras. 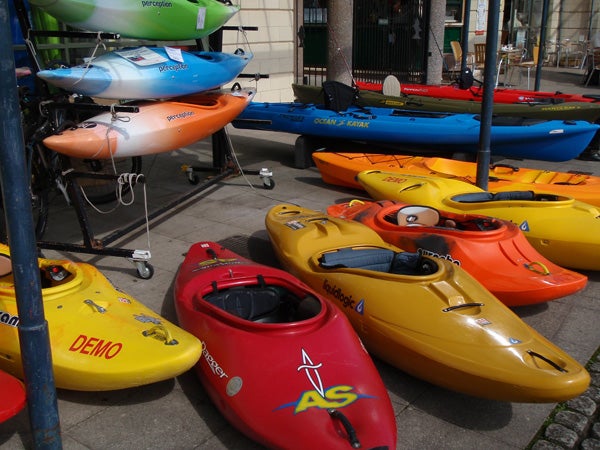 Even on a bright day, colour reproduction is a bit muted. 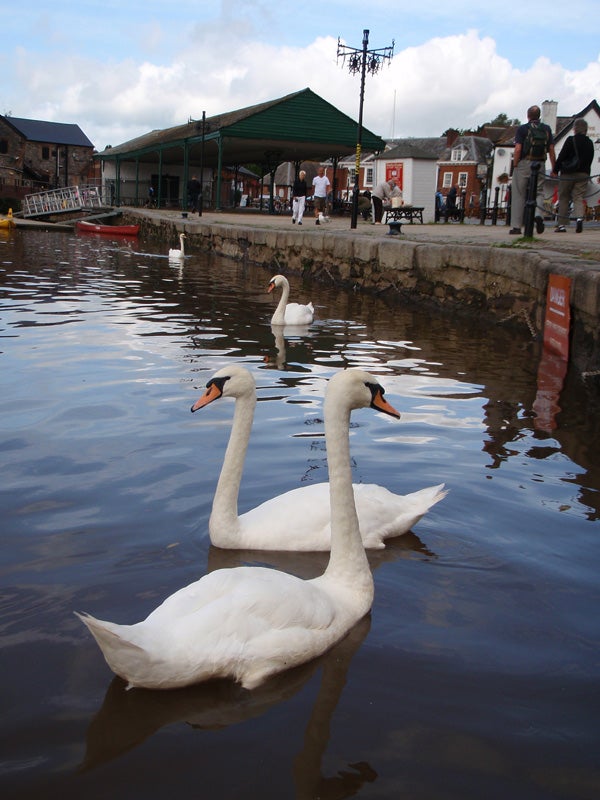 The Shadow Adjustment feature is good at preserving highlight detail.