Nvidia’s latest card is not a part for playing 1080p games – in all five of our games tests it topped 100fps, and in Batman: Arkham Origins it stormed past 200fps. If you want a card for 1080p gaming, this is overkill.

The new card’s minimum framerates were no less impressive. In three games it got beyond the 60fps benchmark we consider acceptable for perfectly smooth gameplay, and in Crysis 3 it still managed 45fps – seven frames ahead of the GTX 980, and further beyond AMD. 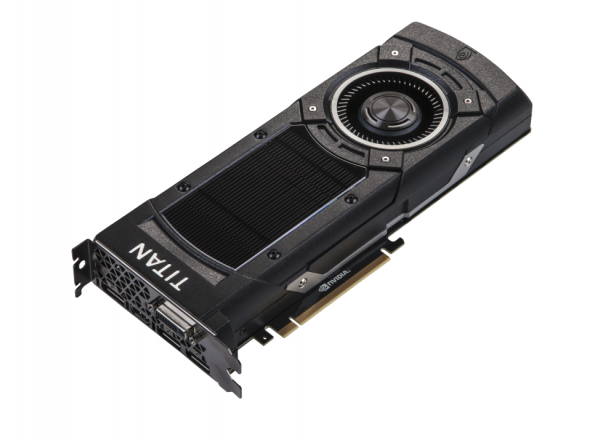 This, then, is a card built for 4K. In Batman its average 81fps is exactly twenty frames faster than the GTX 980, and it stormed through Bioshock to an average of 55fps. The Titan X fared well with tougher games at 3,840 x 2,160; In Battlefield 4, Crysis 3 and Metro it averaged 38fps, 31fps and 40fps. All those results are beyond the crucial 30fps point, which is something the GTX 980 couldn’t manage. Remember, we’re talking about gaming with absolutely all the in-game settings maxed out so you could easily achieve much closer to 60fps with a bit of tweaking.

The Titan X’s 4K minimums were decent, with scores beyond 30fps in Bioshock and Batman a highlight. It could only get past 20fps in our other three test games, but still far better than previous cards – the GTX 980 and R9 290X were largely stuck in the teens.

There’s clearly enough power here to handle 4K, and the Titan X’s monster performance means other high-end gaming methods should be possible. We’ve tested the Oculus Rift using the Titan X on the show floor at GDC, and found Nvidia’s latest card made games run smoother than ever when using the VR headset – an improvement that meant we weren’t afflicted by as much of the motion sickness we’ve previously encountered.

There should be enough power here to handle screens with G-Sync and 144Hz refresh rates. This hardware requires huge graphical grunt, as computers have to pump out twice as many frames to keep up with the refresh rates. The only screen we’ve reviewed with 144Hz compatibility and G-Sync is the Asus XB270H and, while impressive, it was locked to 1080p. The power on offer from cards like the Titan X should be able to support higher resolutions.

The Titan X still managed to perform reasonably in power consumption tests. When idling in our test rig the new card drew 129W from the mains, which is more than the GTX 980 and R9 290X required, but when stress-tested the Titan X topped out at 364W – far ahead of the 273W needed by the GTX 980, but eight Watts less than the R9 290X rig. That’s a big enough drop to save money on your electricity bill when compared to AMD hardware – especially if you’re considering two R9 290X cards.

It’s actually quite competitive compared to buying two GTX 980 cards to run them in SLI mode. However, tests conducted elsewhere (which won’t match our settings or our benchmark rig) do indicate a pair of GTX 980 cards are able to outpace a single Titan X.

Multi-graphics solutions, though, come with their own problems. They’re far more unpredictable when it comes to performance gains, and two Maxwell cards in a PC will produce more heat and noise and consume more power than a single Titan X. This is also why we’ve not compared directly to AMD’s R9 295×2 as it uses two chips in one card. Future upgrades are easier, too; it’ll be easier and more fruitful to add a second Titan X than a third GTX 980. 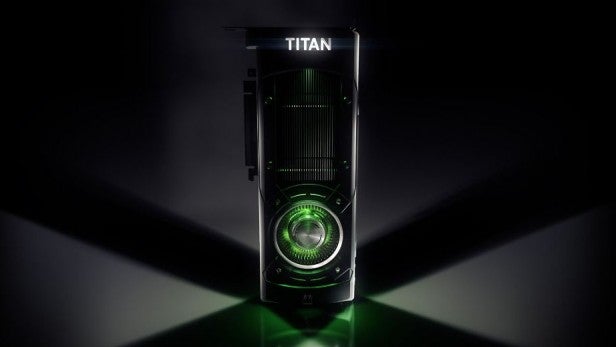 The Titan X may be surprisingly frugal, but a card this powerful still brings a host of physical caveats along for the ride. It needs single eight- and six-pin power connectors, so make sure your PSU has those – and make sure it’s powerful enough to cope with the Titan X’s workloads.

It’s not a small PCB, either. Our reference sample is 267mm long, so ensure you’ve got a case with enough space inside. Take a peek at the motherboard, too: you’ll want a PCI-Express x16 slot with maximum bandwidth to get the most out of this card.

If you’re not desperate for an upgrade, it might be worth waiting a couple of weeks to see what Titan X variants are released by Nvidia’s board partners. Nvidia says its own tests have seen the core reach 1,400MHz with overclocks, so tweaked Titan X versions can’t be far behind. Those cards may include larger coolers or more fans, though, so further consideration will need to be given to whether the card will fit in your machine.

And, if you want to wait even longer, then more hardware is on the horizon. Nvidia’s jump from GTX 980 to Titan X leaves a huge performance gulf free to be plugged with new cards – we’d be surprised if a GTX 980 Ti didn’t appear at some point. Recent leaks suggest an AMD Radeon R9 390X is on the way, and will allegedly include 8GB of RAM, 4,096 stream processors and 8GB of memory. Those leaks also say the R9 390X will offer 8.6 TFLOPS of power – more than the 6.2 TFLOPS provided by the Titan X.

If you’re waiting for your new graphics card to arrive, read up on the latest gaming headlines or check out our favourite games from 2015 so far.

Nvidia’s GeForce GTX Titan X is a card designed for those who won’t baulk at spending a silly amount of money on a GPU, but it does back up its price with stonking performance. It’s comfortably the fastest single-core card we’ve tested, with a jump over the GTX 980 that makes 4K gaming smoother and more consistent, and Maxwell’s efficiency continues to impress. It’s not for everyone, then, but if you want the ultimate in graphics power, this maxed-out Maxwell card is the product to buy.