What is the Nvidia GeForce GTX Titan X?

The Titan X is Nvidia’s top graphics card – it’s the daddy of the single-GPU Titan range. And that’s saying something. The Titan name is bestowed on Nvidia’s most powerful and expensive cards. With the first three Titan cards appearing in 2013, it’s also quite a new range. What’s special about the Titan X is that it’s the time Nvidia’s Maxwell chips have been given this high-end designation.

The GeForce GTX Titan X deserves to be top dog. It’s Nvidia’s fastest single-GPU card. Don’t expect that much performance to come cheap, though. You’ll have to pay in the region of $999 (£879) to get your hands on on the Titan X.

While the Titan X uses the same 28nm Maxwell architecture you can in the Nvidia’s GTX 900-series of cards, it’s much faster. The chip itself is 551mm2 in size – far larger than the 398mm2 of the GTX 980, and bigger than any current AMD rival.

These numbers are huge and rightly impress, but it doesn’t end there. The GM200 Maxwell core looks even better when stacked up against the last generation of Titan products. The GM200 core used in the Titan X is physically smaller than the Kepler hardware used in older Titan cards, but Nvidia has still found room for almost a billion extra transistors. 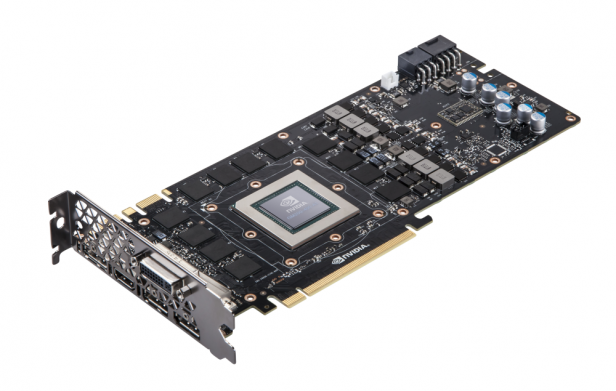 The rest of the Titan X’s specification is no less daunting for its rivals. It’s got 3,072 stream processors, which is over 1,000 more than the GTX 980 offers, and they’re organised into 192 texture units divided into six Graphics Processing Clusters – two more GPCs than the GTX 980. The core is clocked to 1,000MHz with an average boost speed of 1,075MHz – good speeds that beat older Titan cards, but are still a tad slower than other current-generation Nvidia chips.

The upside of this is that the Titan X offers a mighty 6.2 TFLOPS of theoretical power. That’s a significant chunk more than the 4.6 TFLOPS offered by the GTX 980, and also far more than both of the last generation’s single-core Titan cards.

This is also the first graphics card to include a mighty 12GB of GDDR5 RAM, and it’s clocked to 1,753MHz – the same speed as Nvidia’s other current cards. It’s accessed with a 384-bit bus, which is wider than Nvidia’s other GTX 900-series cards. The 12GB of memory serves up 336GB/s of bandwidth, which is more than any current single-GPU card from AMD and Nvidia. It’s this record-breaking amount of memory that Nvidia thinks will give this chip the edge when it comes to 4k gaming. 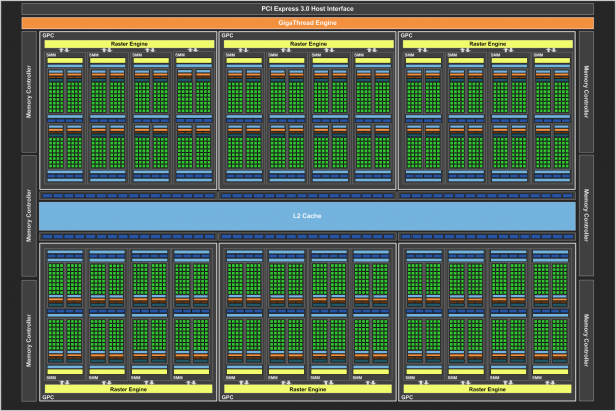 This is clearly a monster GPU, but Maxwell’s impressive efficiency means you’ll only need one each of the eight- and six-pin power connectors, and its top TDP of 250W remains lower than AMD’s R9 290 and R9 290X cards. The cooling hasn’t changed much from previous Nvidia designs, either; there’s a copper vapour-chamber unit and a single fan beneath a 267mm aluminium heatsink. This time around Nvidia has painted the metal black, and it’s augmented with an illuminated Nvidia logo – not only is this card the fastest but it’s one of the best looking too.

On the inside, support for DirectX 12, Nvidia’s DSR and MFAA are all included, and display outputs on the reference sample stretch to three DisplayPort connectors and single HDMI and DVI-I ports. 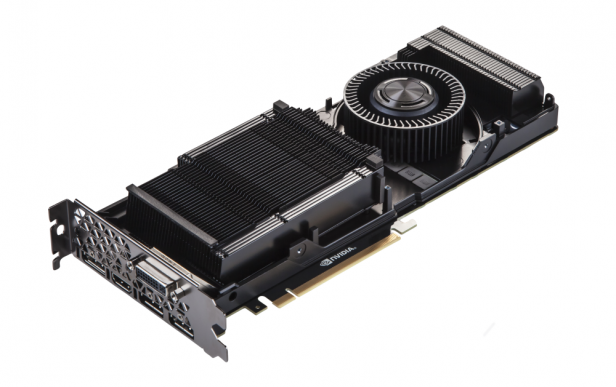 To get prices we visited www.scan.co.uk and noted down the cheapest stock-speed card we could find, although we will be referring to the various overclocked and tweaked models available, which will be more expensive, later on in the review.