Fantastic battery life and a big, bright screen make this the best phone from the ‘new’ Nokia.

What is the Nokia 7 Plus?

HMD has steered a revitalised Nokia with a firm hand and so far the company has pushed out a gamut of respectable smartphones as a result. The £349 Nokia 7 Plus is a pleasant surprise, serving up a beautifully executed piece of hardware that’s true to the brand’s values.

During the Windows Phone era, Nokia handsets were up there with the best. Unusual combinations of colour, high-end materials and eye-catching design. In my opinion, the range of Nokia devices produced by HMD don’t possess anywhere near the charm of the devices of those days.

The Nokia 7 Plus is a well-built phone that feels durable and hefty, but it lacks the ergonomics of a truly well-designed handset. The metallic sides are flat with harsh corners, making it difficult to comfortably grip the device, especially for long periods. In a world of unibody handsets with a smooth finish, the Nokia 7 Plus feels quite odd. I’m also not a fan of the matte plastic back; it retains oily residue too easily. 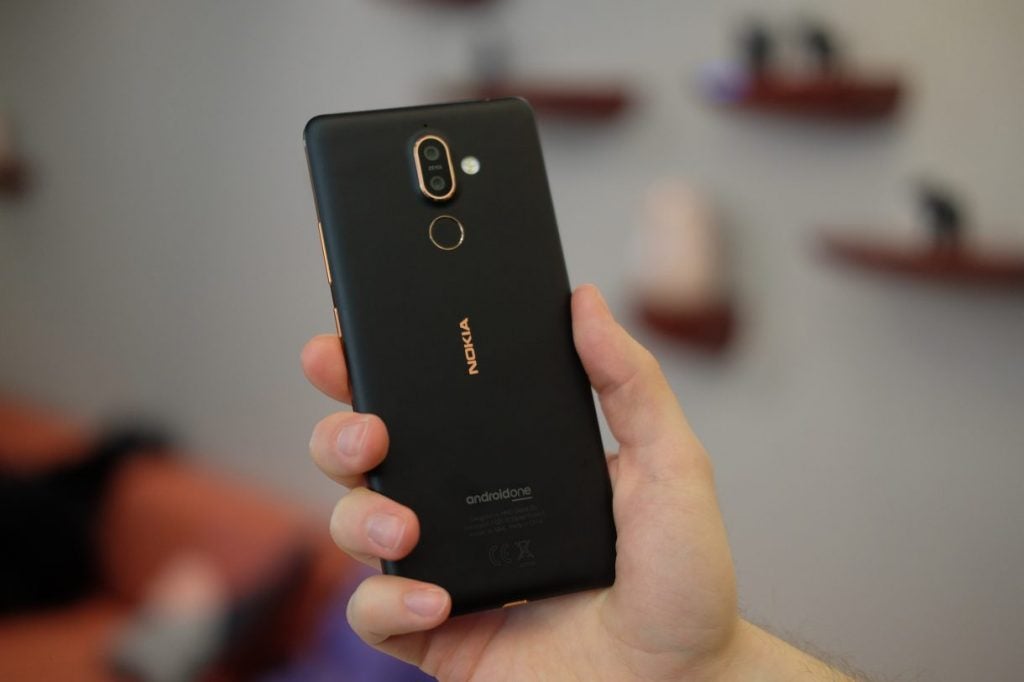 What I do like is the colour scheme. My review unit is mostly black, with a tasteful copper finish running around the sides and circling the dual camera on the rear of the device. The hint of coppery gold is a great highlight on the black body, adding something extra to the numerous phones that are simply black, white or gold.

Nokia has followed the current trend of reducing the bezel surrounding the display. Nevertheless, this still feels likes a big phone. You still have quite a chunky bezel either end of the 6-inch display, even though there’s no physical home button. A fingerprint scanner sits on the rear and unlocks the device fairly quickly. Nokia retains the headphone jack, too, as well as using the more common USB-C charging method rather than micro-USB.

Obviously, there are some ‘flagship’ features lacking on a phone of this price. There’s no IP-rating, so you can’t take the device into the shower; no wireless charging; and a fairly poor downward-firing speaker.

The 6-inch, 1080p LCD panel might not pack fancy extras such as HDR support, but it’s bright and super-colourful. Viewing angles are excellent, too, as is outdoor visibility.

That high resolution makes for detailed reproduction of images and videos, with individual pixels impossible to spot. Combine this with the super-wide display and the Nokia 7 Plus is great for watching Netflix.

By default, Nokia tunes the contrast and saturation up slightly to add more pop to colours. This can makes things look slightly fake sometimes, but it’s fine here. You have some basic screen calibration tools at your disposal, too – although nothing as deep as you’ll find on competing phones. 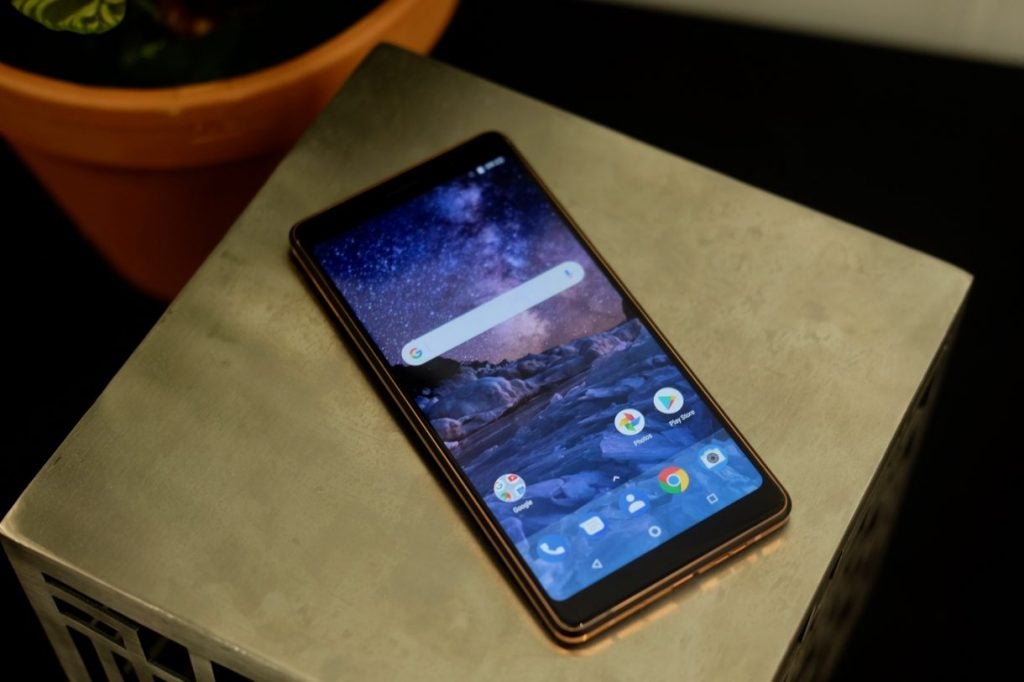 Powering the Nokia 7 Plus are components that are great for the price. There’s a Snapdragon 660 mobile platform, 4GB of RAM and 64GB of expandable storage.

While that Qualcomm chip isn’t in the company’s top-end, it’s still a very capable piece of silicone. The 660 combines with an Adreno 540 GPU, a CPU that’s 20% faster than its predecessor and added extras such as faster LTE and AI components. Going forward, I’d say the Snapdragon 660 will appear in the majority of mid-range phones, and that’s no bad thing.

Specs are fine, but what really matters is how the device performs in day-to-day use. Thankfully, it’s fantastic. The Nokia 7 Plus is one of the few phones at this price that can comfortably compete with the flagship devices.

Tasks such as scrolling through Instagram, typing out emails in Gmail and listening to Spotify on the go are all handled with ease. Even the likes of photo editing didn’t cause any problems. The Nokia 7 Plus is also capable of handling the majority of games without lag or dropped frames. Dots, Alto’s Adventure, Threes and Lara Croft Go all played perfectly well, as did more intensive titles such as PUBG Mobile and Asphalt 8.

The biggest differences I’ve found between this handset and one running a Snapdragon 845 are features that aren’t supported here. There’s no super slow-motion video, fast Gigabit LTE or advanced dual-camera support.

See the table below for the benchmark scores taken from Geekbench 4.

Nevertheless, there are other aspects of the performance that are impressive: call quality is excellent, as are the microphones; and the 64GB storage is plentiful. MicroSD support is included to bump up storage needs and there’s NFC for Google Pay. And, as already mentioned, there’s even a headphone jack – something of a novelty in 2018.