What are the Noble Audio Katana?

When they were first announced, the Katana were at the very cutting-edge (geddit?) of Noble Audio’s already impressive lineup of earphones. They’ve since been joined by joint-flagships the Kaiser Encore, with the two offering slightly different sonic characteristics.

Where the Kaiser Encore – like the incredible Kaiser 10 before them – feature a jaw-dropping ten drivers in each earbud, the Katana have just nine per side. Yes, nine.

The Katana follow all the same consistent design and packaging that Noble Audio uses for the rest of its range. That means you get a sturdy Peli Case in which to carry your Katanas, as well as a metal card inset with 11 different eartips. 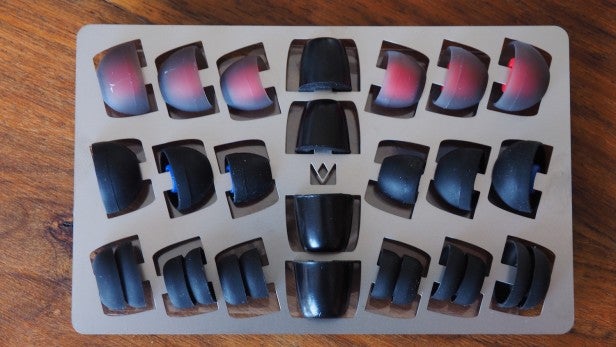 As with the Kaiser 10U, the Katana have beautifully built aluminium bodies with a two-piece construction and a faceted design around the most curvaceous parts. The diamond faceting is in homage to the wrapping on the hilt of an actual katana.

The inner half of the body, where the tip attaches, is anodised black, while the outer part that’s on show to the world is a titanium grey colour and has a milled pattern that’s broken up by an etching of Noble’s logo. It’s all very classy. It’s nice to see a company making high-end in-ears that actually look high-end, to be honest. 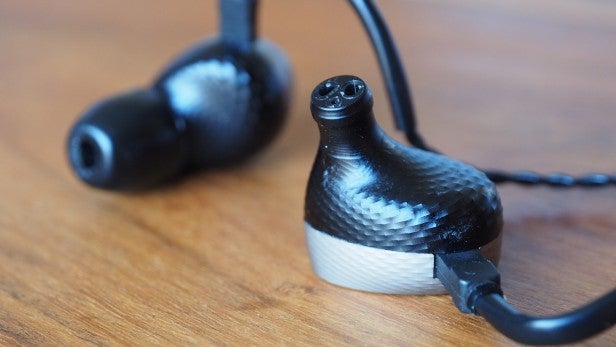 The twisted cables are removable and simply plug into the buds – they’re colour-coded, so there’s no fear of getting your left and right in a pickle. At the plug end, the cable is supplemented by earhooks, so you can run the wire around the back of your ear, loop the hooks over and pop the buds in your lugholes from above. With bigger, heavier IEMs such as these, it’s the most sensible way of fitting, and keeps everything secure.

Of course, it’s inside the buds that the magic happens, and each bud is fitted with nine separate balanced-armature drivers that have been matched and assembled by hand.

As with all Noble Audio earphones, you can get the Katana custom-fitted to your lugholes. I can attest to the fact that this is a service well worth paying extra for – not just for the more secure fit and opportunity for customisation, but for the benefits to bass depth and tightness that come with the more complete sound isolation. 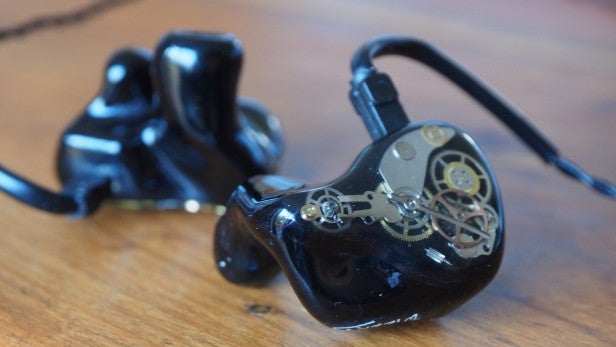 Noble’s custom work is phenomenal, and pretty much only limited to your imagination

Noble claims that the Katana have been tuned for extra treble extension to create a greater sense of “airiness”. And blimey has that been achieved. Smashed out of the park, in fact.

I did most of my testing with a combination of Hi-Res Audio files and CD-quality FLACs through the Chord Hugo DAC/headphone amp, as well as directly from the headphone output of the Onkyo DP-X1 PMP. The Hugo proved to be an ideal partner.

I’ve never heard in-ear monitors that come even close to offering the out-of-head listening experience of the very best open-backed, over-ear headphones. Until now. Listen to a track such as Shearwater’s “Filaments” from the excellent Jet Plane and Oxbow album, and you get such immense, jawdropping scale, with a soundstage that reaches well beyond your ears and around in front of your eyes.

That airiness is combined with searing accuracy and impeccable timing. Even the bottom end is substantial – not quite as gut-punching as it is from the Kaiser models, but a heavily bass-reinforced track such as Yeasayer’s “Folk Hero Schtick” still has plenty of solid thump going on.

Of course, in order to achieve this with BA drivers in tiny earphones, there’s inevitably been some compromise. After all, if there wasn’t, Noble probably wouldn’t feel the need to offer two flagship models with differing sonic characters.

The compromise in this case is that the extended treble can become just a tad fatiguing, and the emphasis is very much more on the upper, rather than lower, mid-range. That’s a compromise that suits me, to be honest – in a similar way to how I prefer Grado’s house signature to that of Audeze. I’d take agility and airiness over a fully rounded lower mid-range every time, although I appreciate that many of you may feel differently. 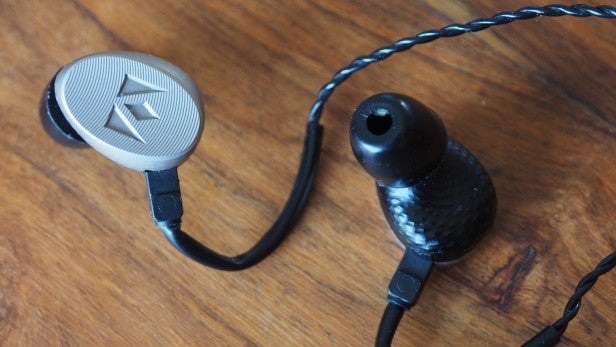 Should I buy the Noble Audio Katana?

If you’ve been yearning for that sensation of listening to open-backed hi-fi headphones, but from a portable in-ear package, the wait is finally over. No IEMs I’ve ever heard have gotten close to what the Katana have achieved, with that sense of the music genuinely surrounding your head rather than being trapped in it.

Achieving that airy treble and upper mid-range has come at the slight expense of a well-rounded lower mid-range and the very deepest bass, however. If you value those things above all else, the Katana’s Kaiser Encore siblings should be top of your shopping list instead.

Noble Audio has again proven that it’s at the very pinnacle of in-ear headphone craftsmanship. If you’re in the US or somewhere with a strong currency against the US dollar, choosing from this company’s comprehensive lineup is a no-brainer.

However, the current weakness of the pound means that UK prices have suffered a nasty hike recently. British audiophiles should probably knock half a star off the Katana’s rating, sadly.

Even so, these sound as good, or better than, some full-size headphones costing twice as much, but with the added versatility of being able to use them anywhere.