What is the Nikon Df?

Nowadays, the word cool isn’t one necessarily associated with cameras. But, back in the golden age of film SLRs, the 1960s and 1970s – both eras of iconic design, the classic models were not only triumphs of engineering but simply beautiful – the epitome of cool, in fact

Recently, there’s been a return to those design aesthetics. Fujifilm and Olympus brought out their own retro-inspired models such as the beautiful X100S and OM-D E-M5 and that tempted Nikon to have a stab at a retro-tinged DSLR.

So here it is – the full-frame Nikon Df – the camera to finally satisfy those who, since the arrival of the D1 almost 15 years ago, have yearned for the digital equivalent of film SLRs such as the F3 or FM2. Or is it? 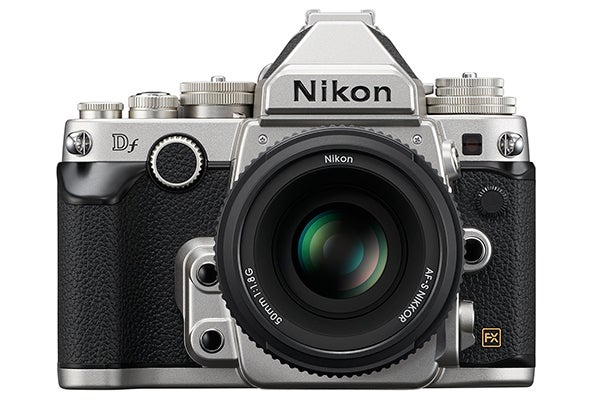 The Nikon Df has been designed not just for Auto-Focus (AF) lenses, but also for use with old and new manual-focus optics.

The standout feature is perhaps the inclusion of a collapsible metering coupling lever to allow non-AI Nikon lenses to be attached. To facilitate this, the Df’s AI indexing tab can be folded out of the way.

However, before setting it physically on the lens the Df will need to be told via the menu what to expect. Then to meter you’ll have to use the command dial on the front to set the desired aperture. A long-winded process, but a welcome addition for those with non-A1 lenses. 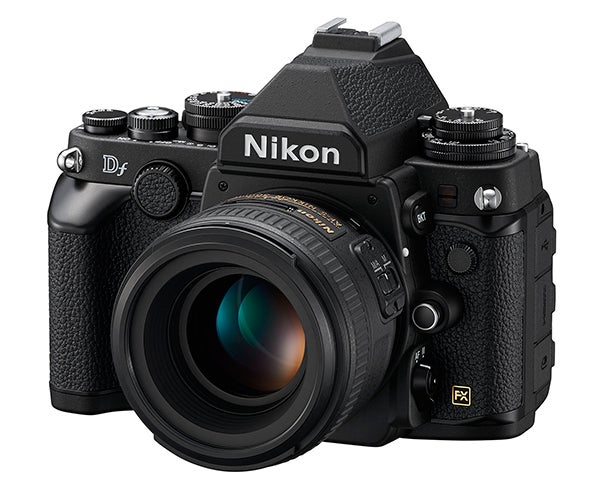 While it’s not intended for action photography, the Df is still capable of shooting at a pretty fast 5.5fps, while the shutter has been tested for 150,000 cycles.

It’s also more than a little disappointing that there’s no video functionality. In this day age – regardless of the perceived target market – that’s just unacceptable.

The Multi-CAM 4800FX module offers 39-point AF, the central 9 points of which are the more consistent cross-type variants, with the system able to lock on in conditions as poor as -1EV.

The AF is hooked up to the Df’s Scene Recognition System to allow for sophisticated predictive AF tracking in continuous AF, making it easier to keep a lock on moving subjects. 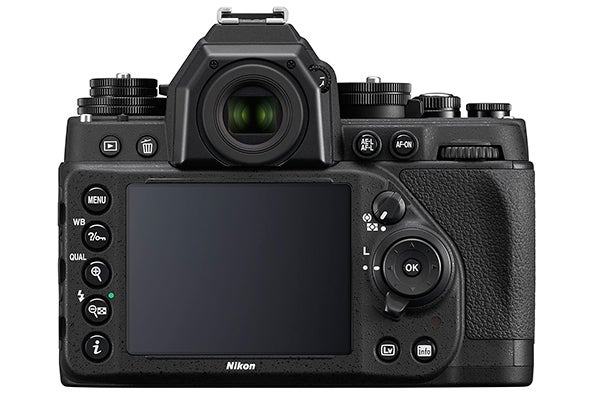 For a power source, the Df uses the relatively small EN-EL14a battery, which Nikon considers good for approximately 1,400 shots.

This is perfectly understandable – while the extra resolution of the others may be desired in some situations, the flexibility and performance of the 16.2MP chip at higher ISO speeds is much more in tune with the spontaneous situations for which the Df is designed, not prolonged tripod-mounted work.