Back in February I took a look at the Nikon CoolPix P50, an 8.1-megapixel compact with a 3.6x zoom lens, and optical viewfinder and a limited range of manual exposure options, ostensibly aimed at more advanced photographers. While it wasn’t a bad camera it was just a bit lacklustre, and failed to impress. The P50 was launched in August 2007, and in January this year it was joined in the CoolPix range by the camera I’m reviewing today, the P60. 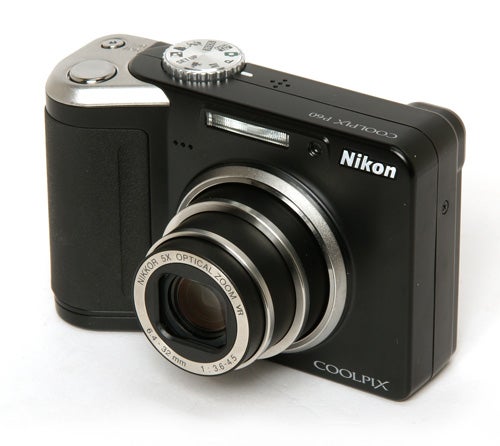 Although it shares the same 1/2.5-inch 8.1-megapixel CCD sensor, and does look superficially similar to the P50, the CoolPix P60 is a very different camera, and in many ways is much better for it. For a start, while the plastic body is still quite square and functional, it is 8mm thinner and slightly less tall and is generally much more attractively proportioned than the rather ungainly P50. It still has a large rubber-coated handgrip accommodating the pair of AA batteries that provide the camera with power, but it is less angular and even more comfortable to hold. It still has the same uncluttered control layout, with a large mode dial on the top and a rocker-switch zoom control on the back, and a simple arrangement of three buttons around a large D-pad. It is a very easy camera to operate and generally pleasant to handle. 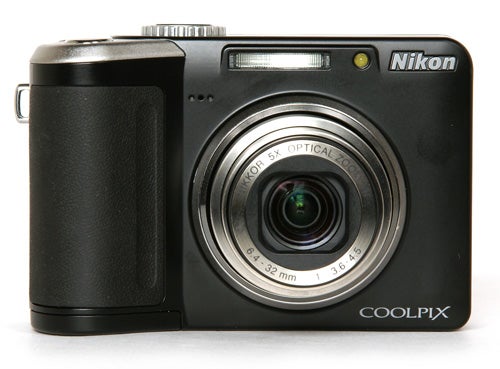 The LCD monitor is slightly larger than the P50’s at 2.5 inches, and with 153k dots it is a lot sharper. Its viewing angle is not too good though, and is especially restricted when holding the camera above your head. The monitor also performs very poorly in bright sunlight. It simply isn’t bright enough, and also has a very reflective surface. Fortunately the P60 also has an electronic viewfinder, replacing the rather poor optical viewfinder of the P50. The viewfinder is considerably sharper than the monitor, with 201k dots, and of course includes all the information displays and focusing frame. The eyepiece is quite large and positioned in the top left corner of the body, which makes it comfortable to use with either eye, although a rubber eyepiece surround would have been appreciated by those of us who wear glasses.

The other main feature that sets the P60 apart from its predecessor is the 5x zoom lens, which has a focal length equivalent to 36 – 180mm. This means it lacks the 28mm wide-angle ability of the P50, but to be honest it is a much more useful focal length range for general purpose photography. 180mm is a good medium telephoto length, and 36mm is wide enough for most snapshots. The quality of the lens is also much better. It is noticeably sharper, especially in the corners, and while it does produce quite a lot of barrel distortion at the wide angle end it avoids the chromatic aberration problems. 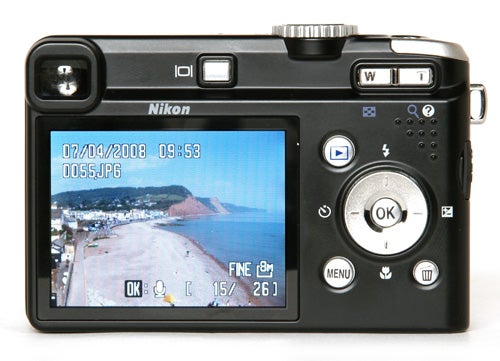 The P60 is also equipped with Nikon’s VR optical image stabilisation, which is becoming more common even on such relatively inexpensive cameras. Nikon’s system is not one of the best, and doesn’t appear to have much effect at slower shutter speeds. Settings slower than about 1/30th of a second at wide angle still showed some movement blur, but it was more effective at longer focal lengths, allowing sharp hand-held shots at 1/50th of a second at maximum zoom.


Nikon’s D-Lighting feature is available as a menu option in playback mode. This increases the brightness of darker shadow areas, simulating a broader dynamic range. It adds about two stops of brightness, but it does so by effectively increasing the ISO sensitivity in the shadow areas, which also increases image noise. 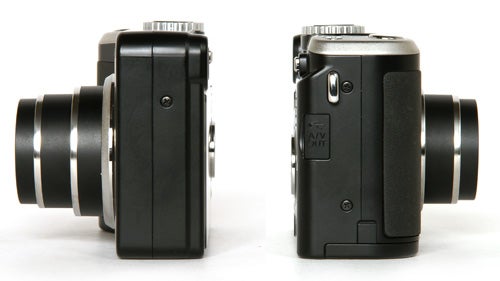 One doesn’t have to look too far to find another camera with which to compare the P60. With the exception of the new super-zoom P80, Nikon’s entire CoolPix P-series is aimed pretty squarely at the sector of the market dominated by Canon’s successful PowerShot A-series. In terms of specification the closest match for the P60 is the new PowerShot A590 IS, although there are some important differences. The Canon has an optical viewfinder, and only has a 4x zoom lens. The A590 IS is also available for as little as £115, which makes the P60 look a bit pricey, since it is currently selling for around £160 despite having been available for several months.

The P60 is designed for more advanced photographers who require more manual options than afforded by a point-and-shoot compact. It does offer some manual exposure control, but as with the P50 this is a bit limited. In manual exposure mode both shutter speed and aperture can be adjusted, but the range of shutter speeds from 8 seconds to 1/1200th in 1/3EV increments is rather restricted compared to other manual compacts, and only minimum or maximum aperture can be selected. There is no live preview of the effects of adjusting exposure, and only match-needle metering, so setting an accurate exposure is a bit hit-or-miss. A shutter priority auto mode would probably have been more useful. 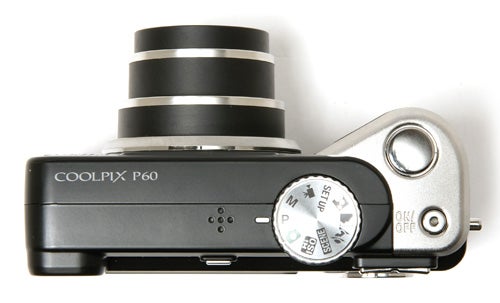 The camera’s overall performance is about the same as the P50, which is to say not bad, but not brilliant. It starts up rather slowly in approximately 3.5 seconds, and shuts down again in just under three seconds. Shot-to-shot cycle time in single-shot mode is very slow at approximately three seconds, but in fact even this speed is very difficult to achieve, due to one of the most annoying features I’ve ever encountered on a digital camera. If you press the shutter button too quickly, before the camera has finished processing and saving the previous shot, it fails to register that you’ve pressed it and doesn’t take a picture even after it’s finished saving. You have to release the shutter button, wait for a moment, and then press it again before it will shoot. This is doubly annoying because the AF system is actually pretty fast with minimal shutter lag. It could shoot a lot faster if only it wasn’t for that ridiculous pause. Fortunately it fares a bit better in continuous mode, maintaining a shooting speed of nearly two frames a second, although it doesn’t focus between shots. 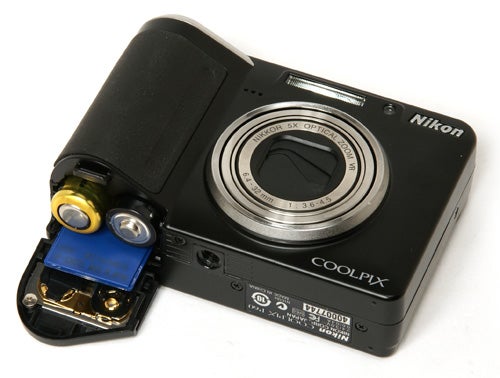 One area where one would expect a Nikon camera to excel is image quality, and here the P60 fares rather better. As I mentioned earlier the lens is very good, producing excellent sharpness right across the frame, although with some barrel distortion at wide angle. Exposure and colour rendition are very good, with even bright saturated colours presenting no problem. Dynamic range is surprisingly good for a small-sensor compact, although it does tend to burn out highlights in favour of shadow detail. Image noise is visible in shots taken at 200 ISO, but even at 800 ISO shots still show a fairly high level of detail with good colour balance, and are quite printable. 1600 ISO and the maximum 2000 ISO are pretty terrible, but this is usually the case with high powered compacts.

The Nikon CoolPix P60 is a big improvement over the disappointing P50. It still has its faults, most notably its slow overall performance and the immensely irritating shutter release logic, but the design, handling and build quality are very good, as is the picture quality. The range of features is better than a simple point-and-shoot, but it will still leave a keen photographer wanting more. It is also quite a lot more expensive than its main competitor, but on the whole not a bad little camera. 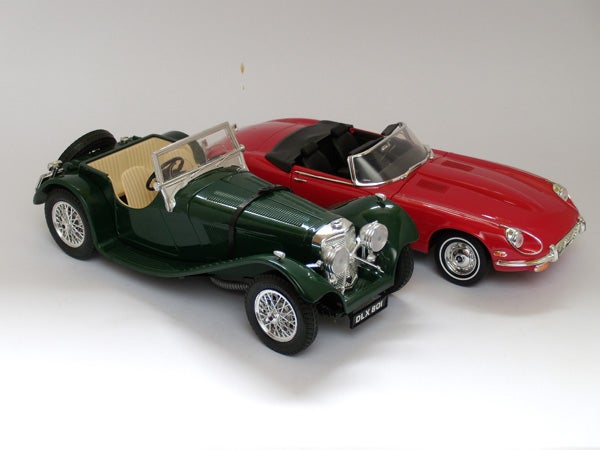 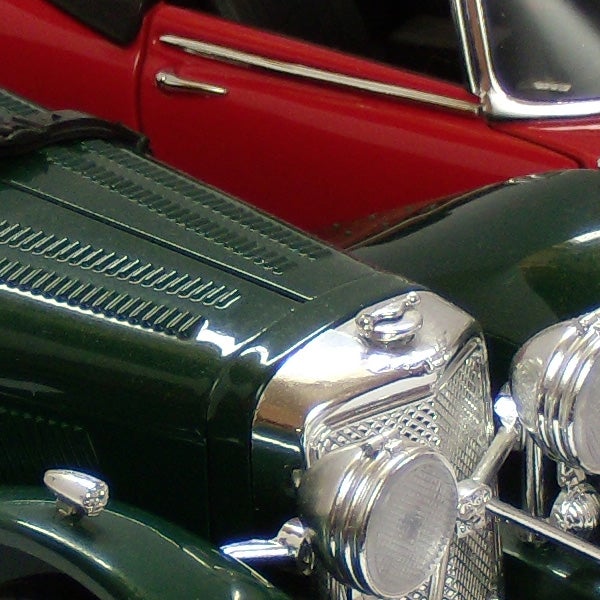 At the minimum ISO setting the picture quality is very good. 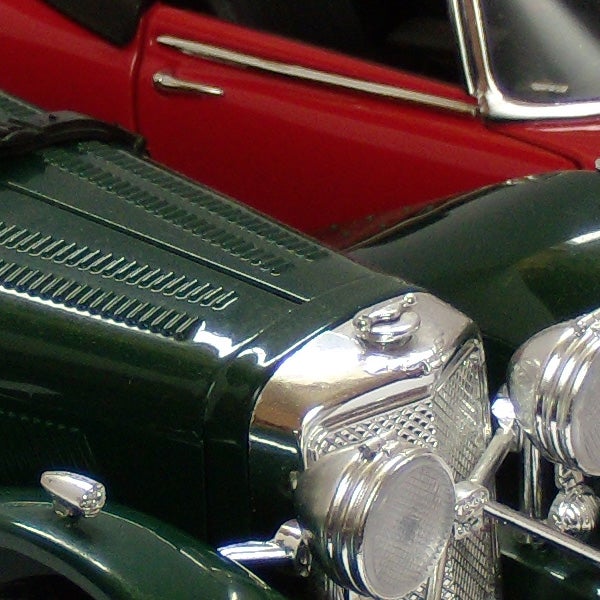 There is some fine-grained noise visible at 200 ISO, but not enough to affect print quality. 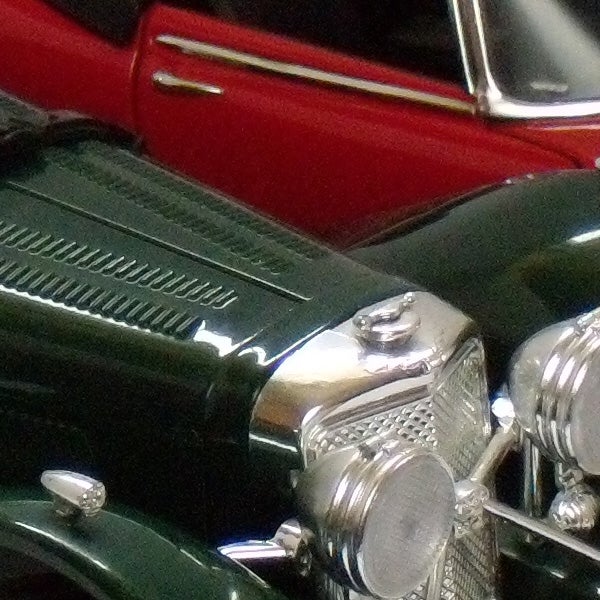 More visible noise at 400 ISO, but colour and detail are still good. 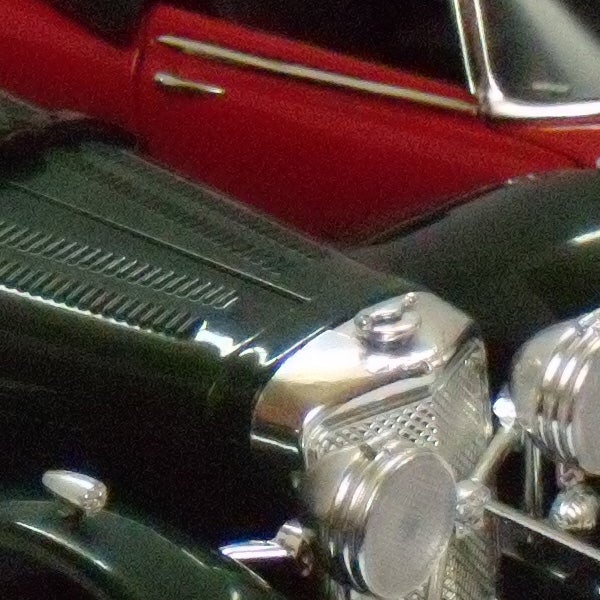 There is some distortion of colour at 800 ISO, but the image is still just about printable. 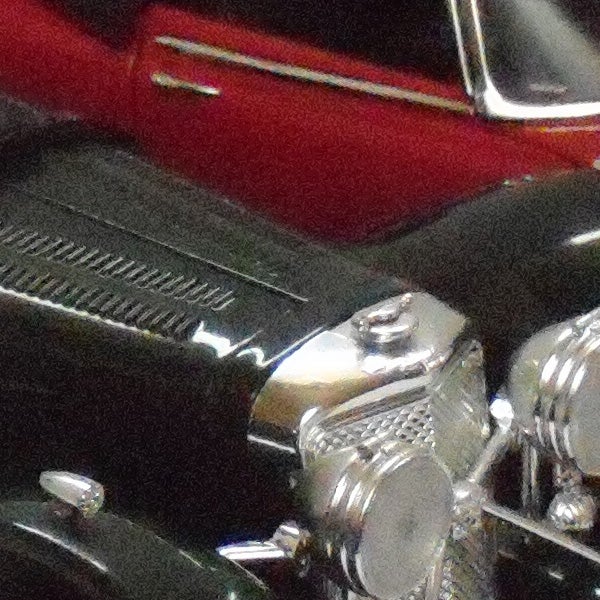 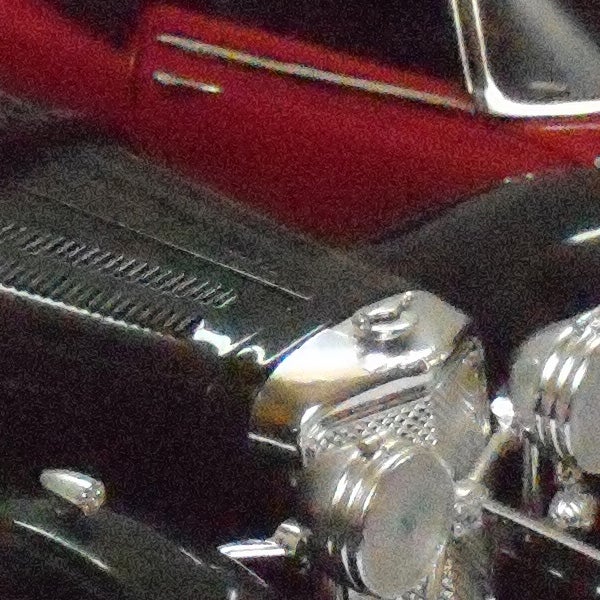 Picture quality at 2000 ISO is really quite poor. 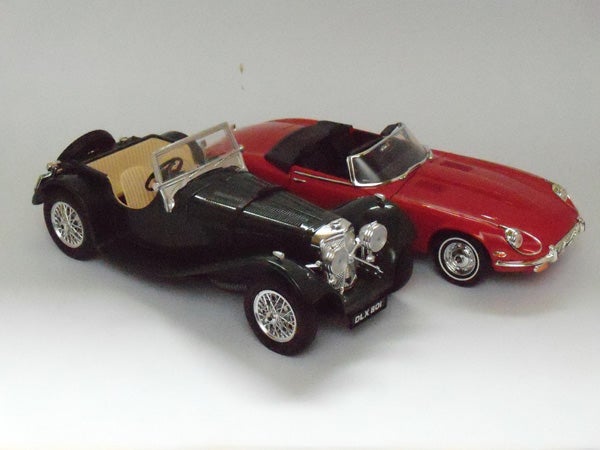 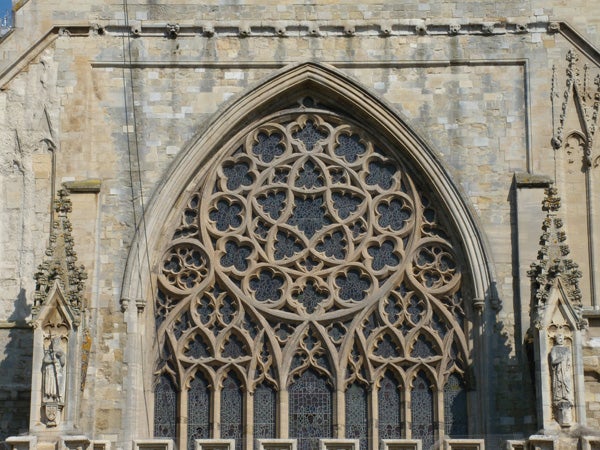 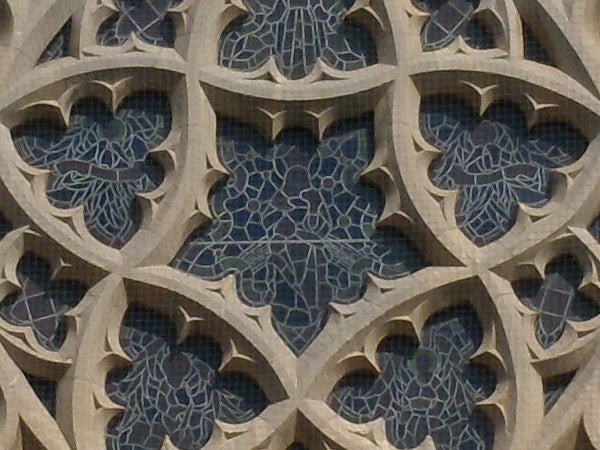 The level of detail, contrast and sharpness is very good. 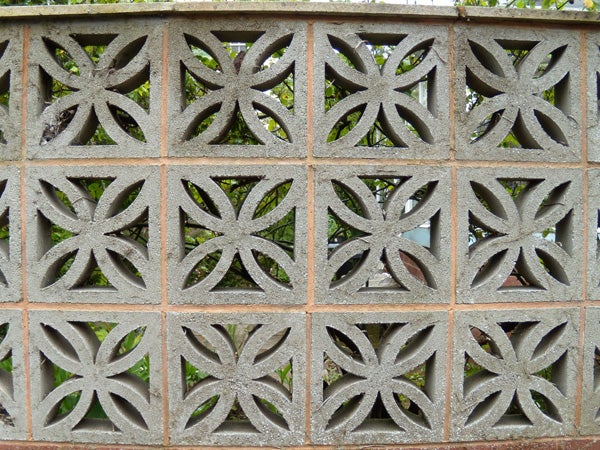 The lens does produce quite a lot of barrel distortion at wide angle, causing the centre of the frame to bulge and curving parallel lines. 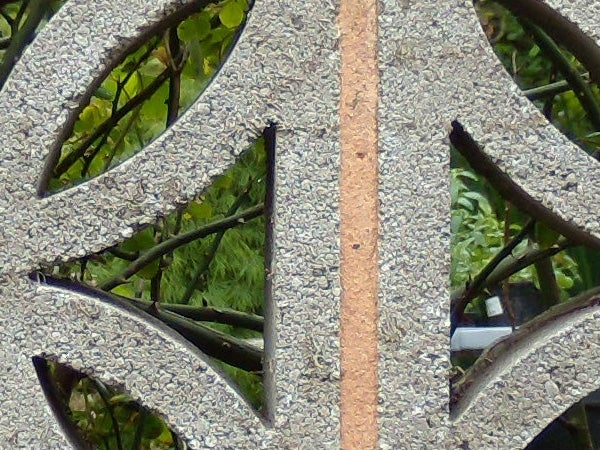 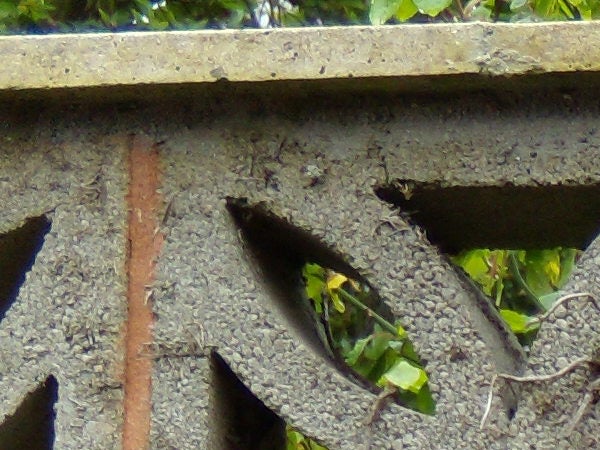 Corner sharpness is also very good, with none of the P50’s chromatic aberration problem. 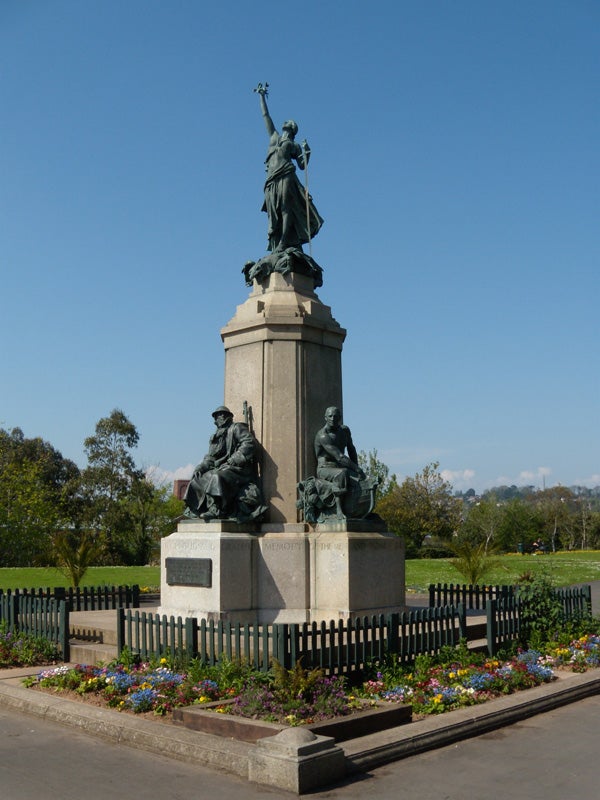 The wide angle end is equivalent to 36mm, not as wide as some, but good for general snapshots. 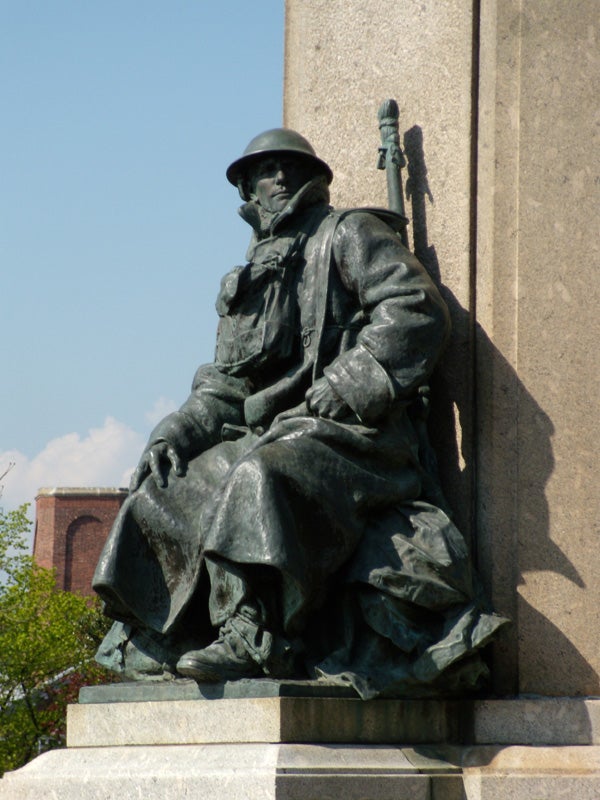 The telephoto end is equivalent to 180mm, a good medium telephoto length. 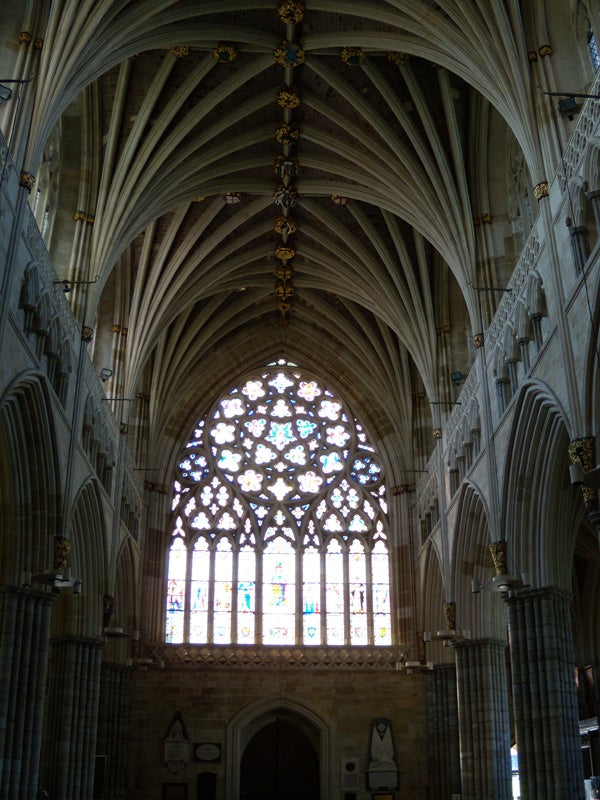 Dynamic range is pretty good for a small-sensor camera, with good shadow detail and some details in the highlights too. 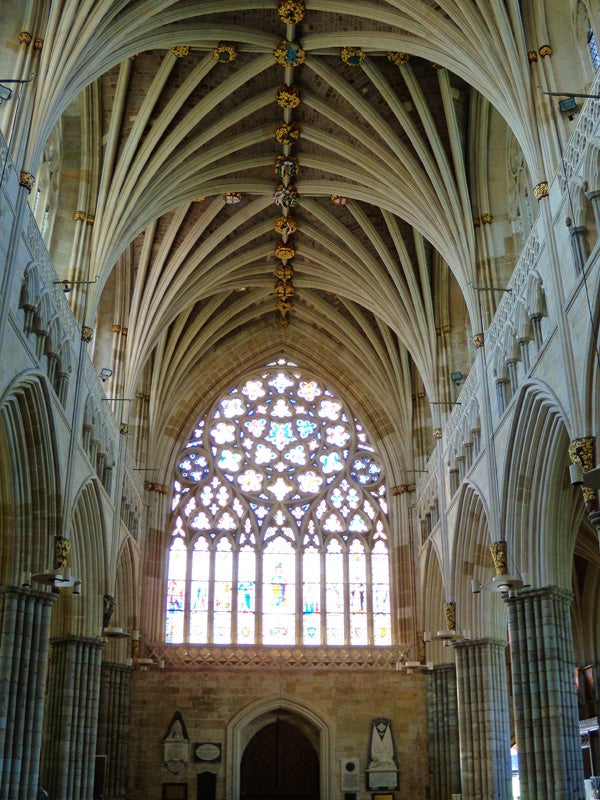 This is the same shot, but treated with the camera’s D-Lighting feature, brightening the shadows, but increasing image noise. 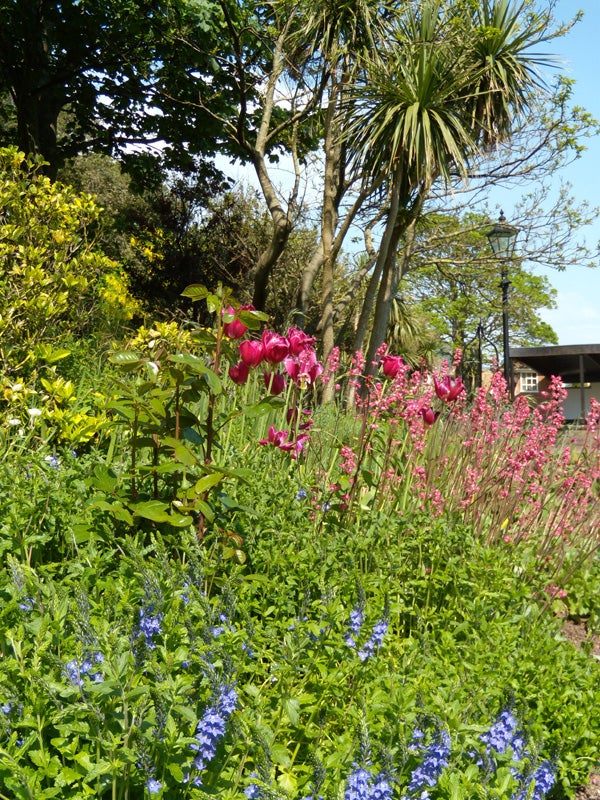 Colour rendition and exposure are excellent.